What's  in a name? Quite a lot it turns out, as this place had an Arabic name I think, and it meant something like "full table" but I couldn't keep it in my mind when that was actually the restaurant's name and I certainly can't now. So I think it was a really smart move to rename the place Oasis which has lots of excellent connotations and is easy to remember. 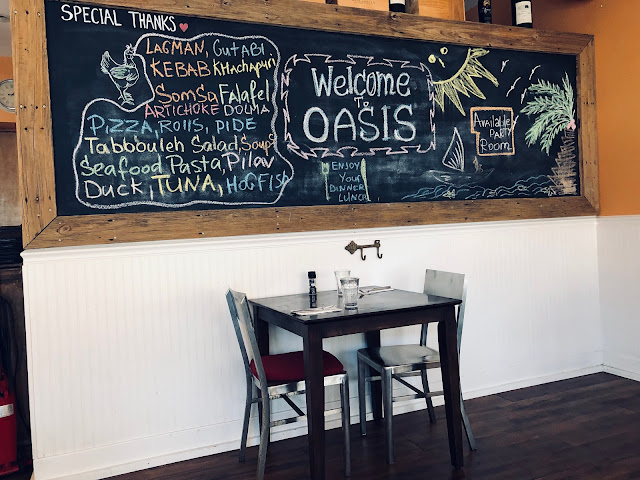 My wife and I were lunching with a friend as my wife works in Key West on Fridays and with her limited break time we took a  table near her Key West office. It turned the meal into a nail biter did her short forty minutes of time at the table. Service was, to put it politely languid, and in a  country where extended lunches are not common and among working people are not possible the idea of having just one person on duty in the front of the house was a weak decision. 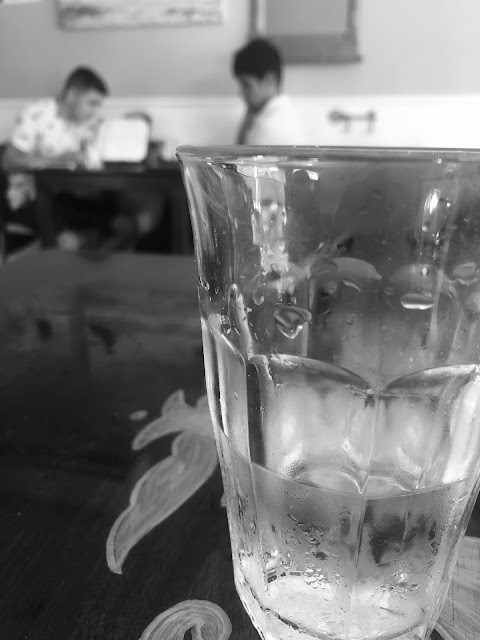 Our lunch friend is retired, my wife's former boss actually, the woman who got my wife into the school district in a teaching position and she loves Oasis. Besides that she has all the time in the world to peruse what could be an exotic menu. I reproduce one page here but they have classic sandwiches and pizzas as well as Middle Eastern and Central Asian food. Many years ago I crossed the Soviet Union on a train and the restaurant car on that week long journey proffered expansive menus in Russian. Pretty soon it became clear only the items with a price marked in pencil were available. I ate roast chicken, mashed potatoes and boiled red cabbage every day.  In the same manner we discovered several alluring items on the Uzbek menu were "off" as they lacked  a particular breaded ingredient whose name I missed. 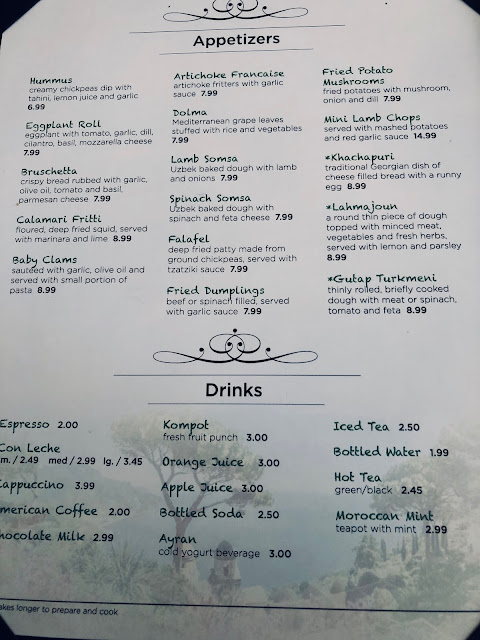 We made do with what was available and we did not suffer. The stuffed pastries I grew up calling Samosas, nowadays are known as somsas and they were delicious. My wife and I had lamb and our friend had spinach, all with a piquant taziki sauce, sour cream and dill. 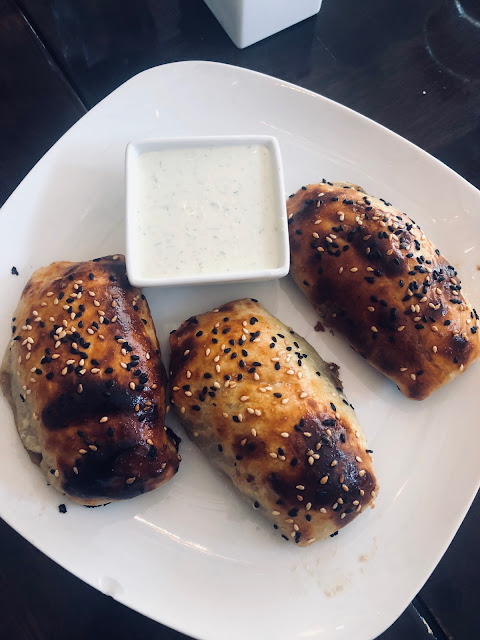 We also shared a plate of roasted eggplant rolls stuffed with shredded mozzarella as well as tomato garlic and more dill. 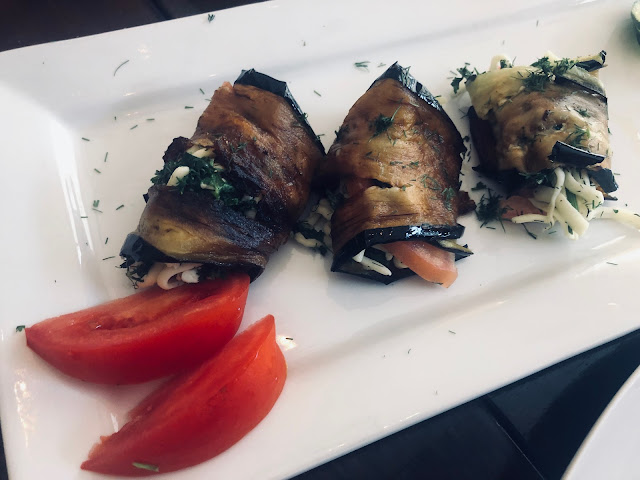 The food really was delicious  and deserved all the praise heaped upon Oasis on social media but it would have been less fraught had the service been a good bit speedier. I doubt the languid retirees in snowbird world suffered from clock watching during their meals and I suggest you adopt a broad window of time when you decide to eat here. 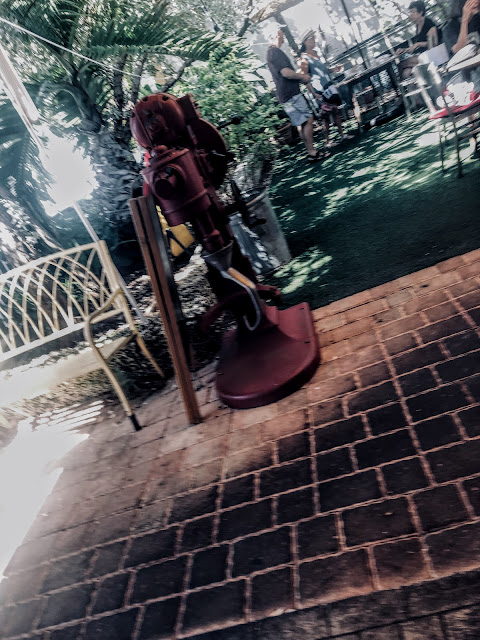 I am not generally in favor of eating outdoors but the patio here looked pleasant to me but we ate inside which was fine too. Worth a visit with time to spare! 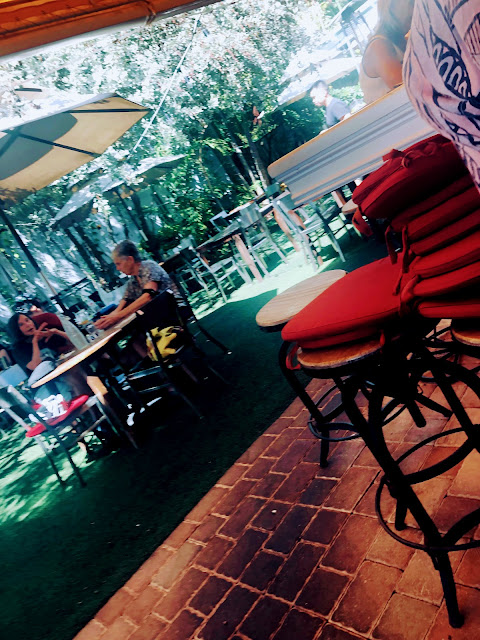 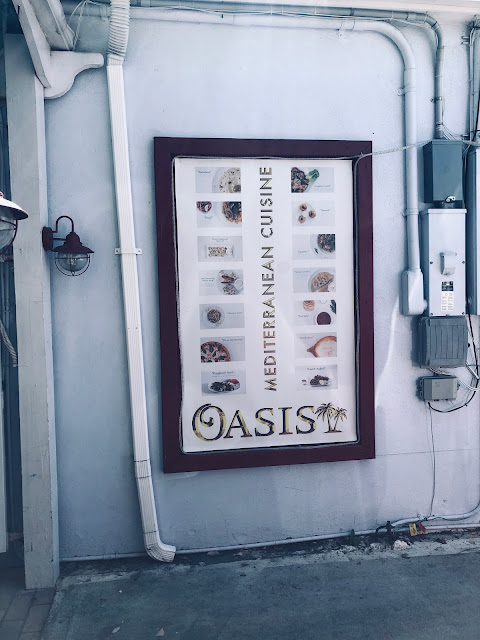