I suppose one should ask oneself why did it take this long, but it seems that we are now full in the Lower Keys and there is no room for more people. Tourism is a year round activity between the inevitable snowbird population and summer families, Europeans in the Fall and tourism boosters never letting up...the long hot dreary empty summer has vanished with payphones and and travel agents and all the odd technology of the past century. 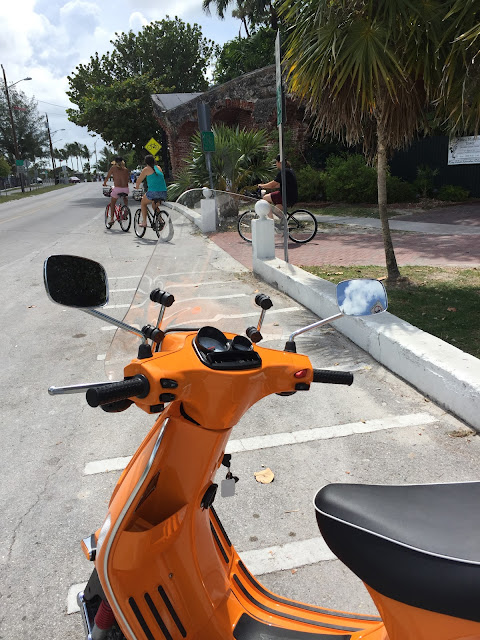 Nowadays there is only the briefest of slack periods, about now while schools are finishing up and snowbirds have gone back North. Key West braces for the next round of invaders. They paved the bumpy streets around the Casa Marina resort, Flagler's destination hotel for his 1912 railroad still a massive tourist attraction. 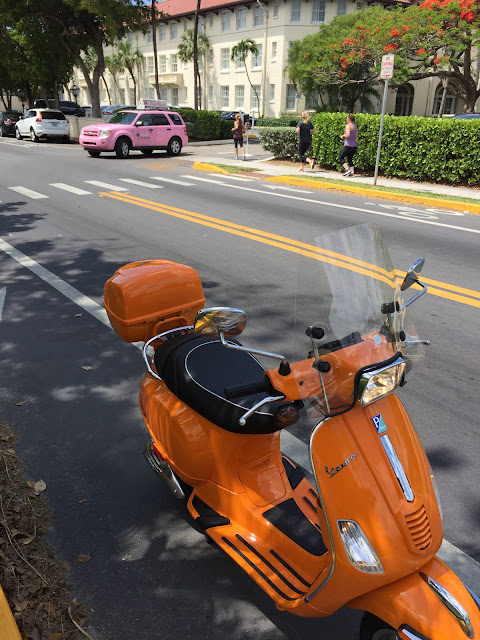 They come to see the buoy that supposedly marks the southernmost point which is actually inside the Navy base behind the fence and thus inaccessible and therefore touristically invalid. So the buoy it is and they line up to get their pictures taken. Splendid stuff.    Two and a half million people visit the Southernmost City, which has a year round population of 23,000. 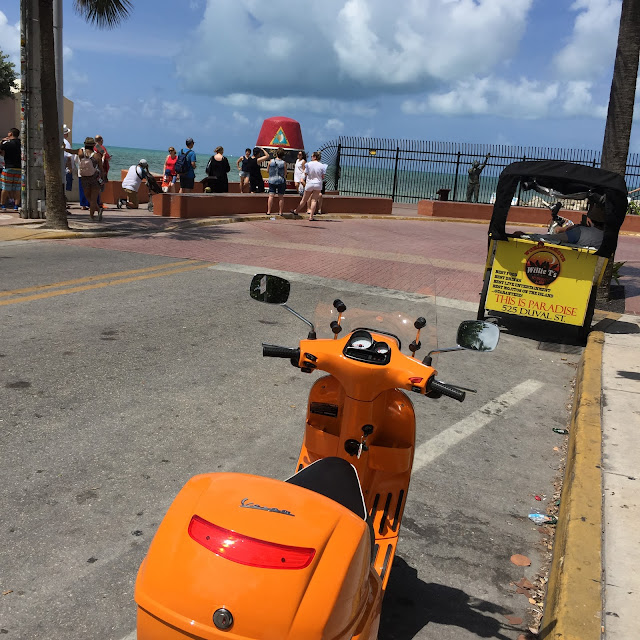 I was riding up North Roosevelt on my orange Vespa one day around lunchtime and while stopped at a traffic light an electric car with a corn fed pale family onboard pulled up alongside nuzzling into my space. Wanna race? the jowly father asked. Welcome to Disneyworld I replied dryly enough that he missed my point. In his world the only real ride is that pictured below, everything else is a carnival toy, especially if a scooter. Stepping into traffic is the norm in Key West, nothing bad can happen on vacation. 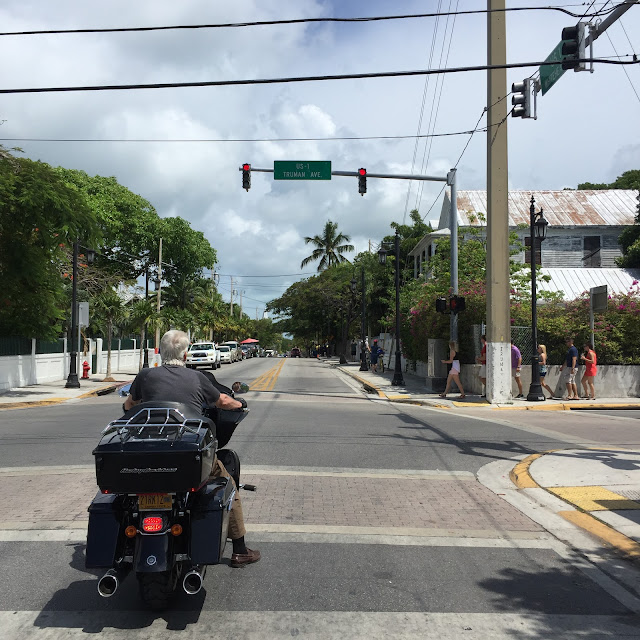 If you lack the balance to rent a bicycle or a scooter you can rent an electric egg car just like the one that wanted to race me on the boulevard: 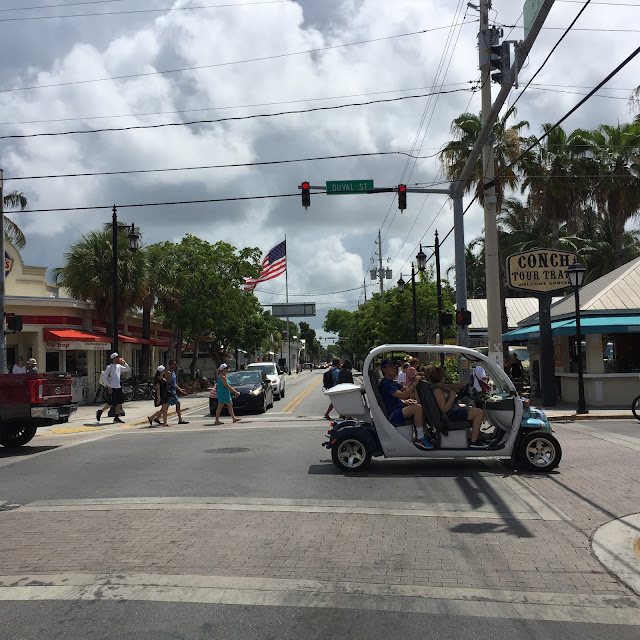 Key West remains a town of narrow streets and tropical foliage and interesting architecture but underneath the placid summer heat there is a growing sense that we have reach carrying capacity and "something needs to be done." One thing I hear a lot is that advertising for tourists could well be  cut. Encourage no more...which doesn't seem likely to happen from where I'm watching.  The thing is tourists mean money and no one in charge is going to cut back the income flow. 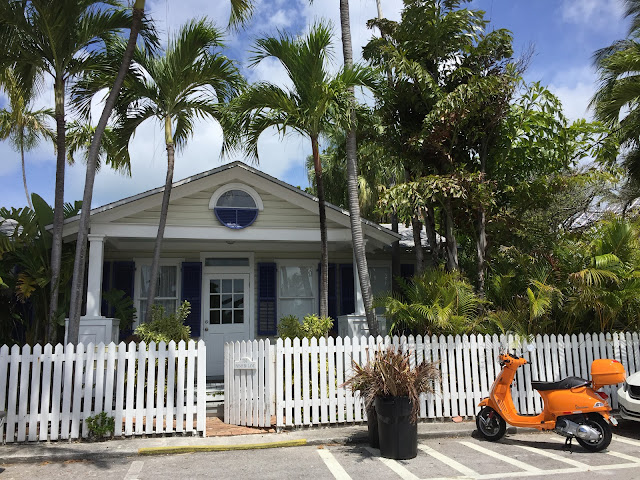 Key West's vision thing isn't kicking in either. There is a group advocating against cars, Car Free Key West is driven by the city  to encourage alternatives to four wheels. My informal polling shows no support for the concept of taking to bicycles or scooters or something simple like feet. There is instead resentment that anyone should propose a change to the way things are. And there was vehement opposition to proposals to build two parking garages downtown to accommodate the cars. So let's see, everyone wants to drive no one wants to make room for the cars. Sounds about right for the incoherent approach the city residents take to planning their collective futures. 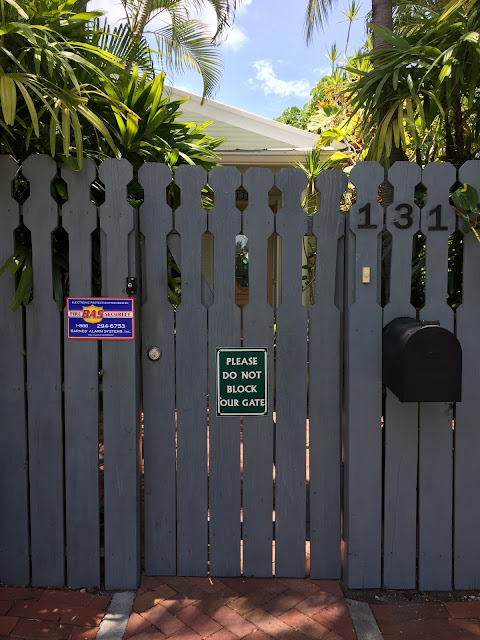 Last winter traffic on Stock Island was so completely jammed up it took an hour to drive through the lights into Key West. The argument was the lights weren't properly synchronized. After the snowbirds left traffic went back to normal, a bit slower a bit jammed but working fine. Too many people is not anything that can be discussed. Goose laying the golden egg must keep laying. I wonder what will give next winter when too many people take up residence in a town still devoted to attracting visitors. 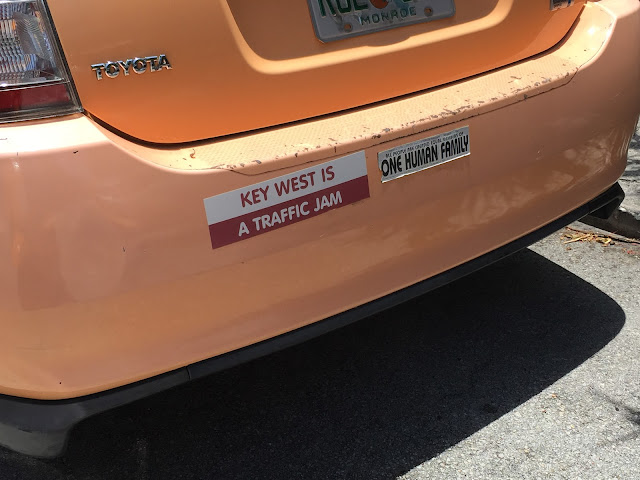