It's just gone two thirty in the morning and no one has died but we've had drunks, fights, arrests, car wrecks and every single ambulance busy for hours, all three of them, someone stabbed, someone else ate a peanut and threatened to stop breathing, someone got drunk and fell, someone else drove drunk and crashed and a woman slept with someone and angered someone else and she had a warrant which he knew about and called and told me, so I sicc'ed the police on her. Hell hath no fury like a man, scorned. What a night, what a planet I share with these people. I needed air when I took my lunch break. 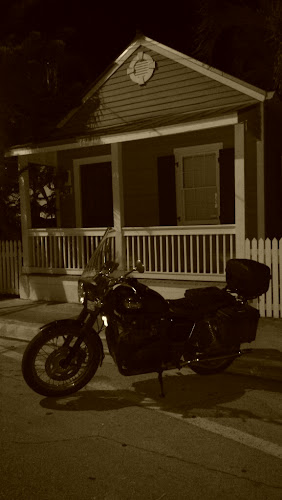 Thomas Street was the perfect antidote to human failings, dark, quiet and peaceful. My Bonneville had delivered me back to the womb. 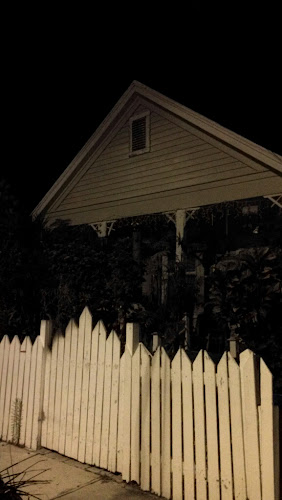 Who knows what human dramas were swelling up in the darkened Conch cottages. I didn't care, I was just looking at their characteristic facades. 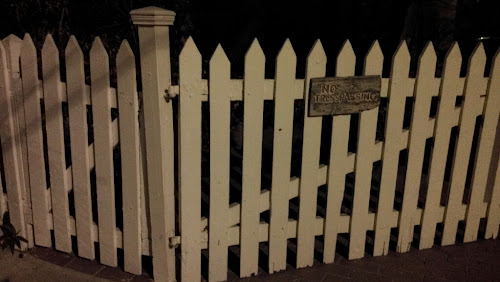 Every size of picket fence, hoping presumably to keep the wild world outdoors, outside. 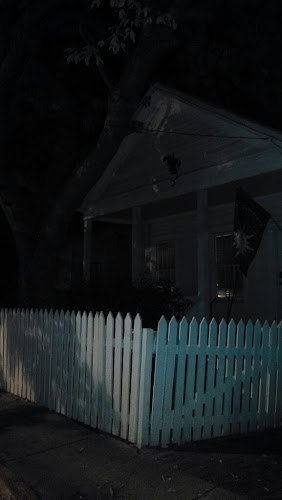 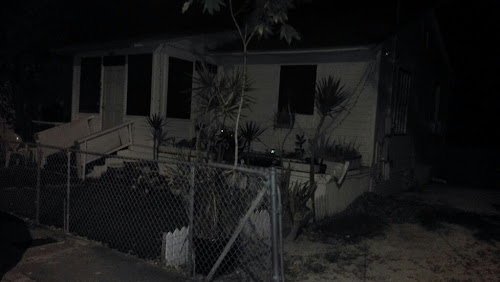 The Pepsi Cola banner disfiguring the renovated exterior of the A.M.E. Church. What a pity. 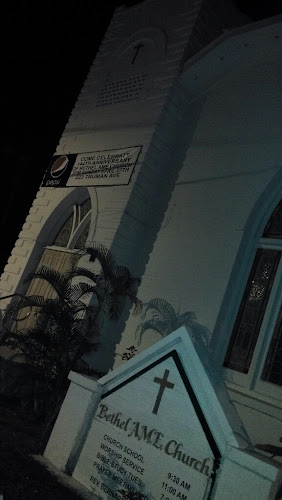 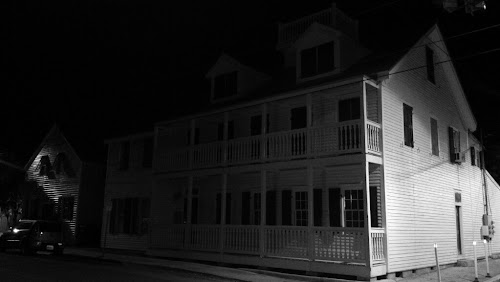 Typical outdoor furniture, comfortable, padded, set out to be used, not admired as though garden sculptures: 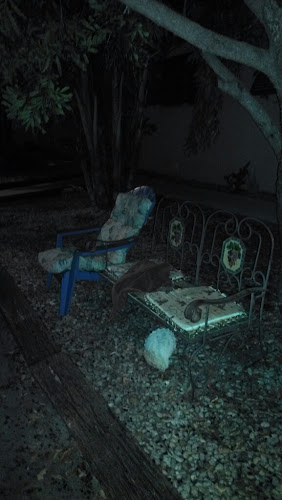 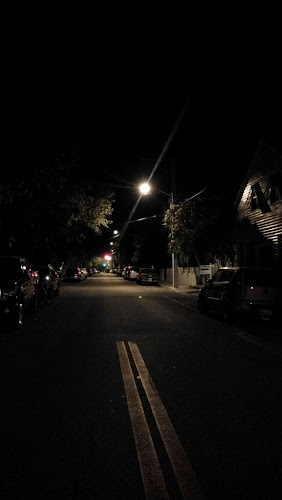 Olivia Street a little while later on the ride back to work: 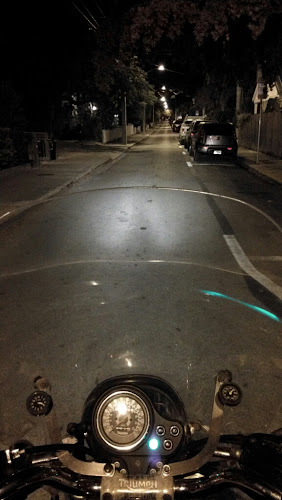 Happily for me it was the report writing stage of the night, that dull part of police work not shown on TV, the officers sucking their pencils and calling dispatch to confirm their times....What time did I call out the arrest? And I thumb through my computer screens and find the hour and the minute recorded, and then they want to know which judge to put on their notice to appear...information stored in dispatch...and on and on till the lovely half hour ride home, moon shining silver on the water, dog waiting for a walk, the sun barely rising as I fall asleep at last, no reports to write, no arrests to confirm, not even a motorcycle to ride into oblivion.