How or why someone's fashion wardrobe ended up hanging off a fence on Eaton Street I don't know. But there it was, waiting for the owner to return. 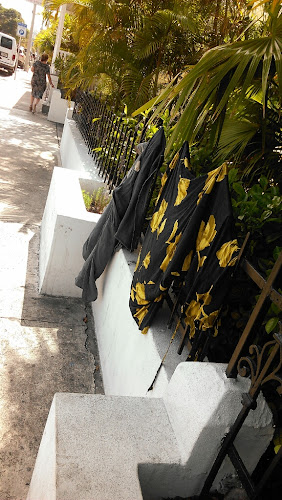 Fish are a common decorative motif in a city surrounded by water, even though a not inconsiderable number of people here rarely get out on the water. 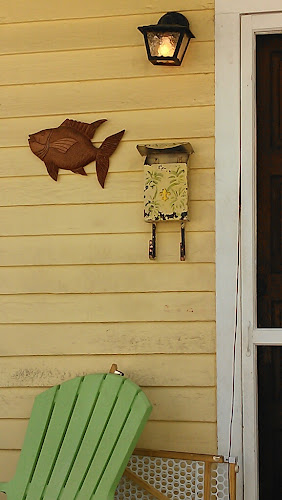 Some people bring stuff back from distant parts to add color to their lives. 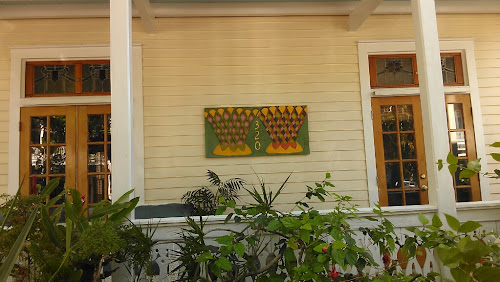 I'm not completely sure what a Chickey Coop should look like but this one is apparently one of the better ones. The plaque on the column is a record of the home's inclusion in one of Key West's house and garden tours. 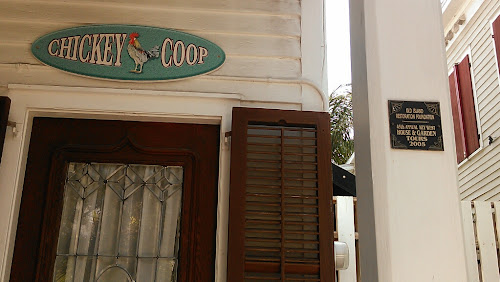 I'd rather drink snake blood than have a bunch of strangers prancing through my home at will, as part of an organized citywide tour...Which should not come as a surprise as I like my seculsion but apparently it is a highly desireable honor to be part of the homes and gardens tour. 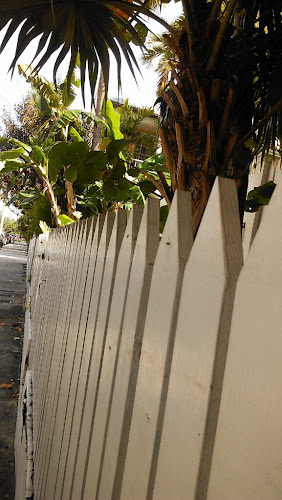 I quite like the new generation of hurricane shutters made of see through plastic materiel. You can leave them up all through hurricane season without suffering the light cut off of the traditional aluminum variety. 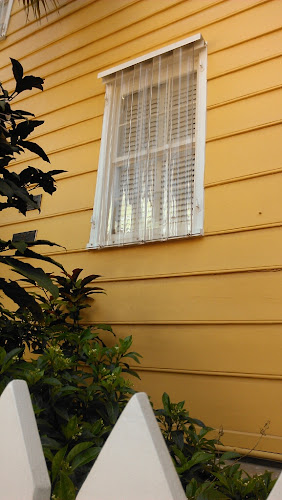 I'm not sure its proper hotel etiquette, despite or because this is a seaside town, to dry towels on the balcony. The heat has been ferocious lately, an early summer, so I don't doubt the towels dried quickly. 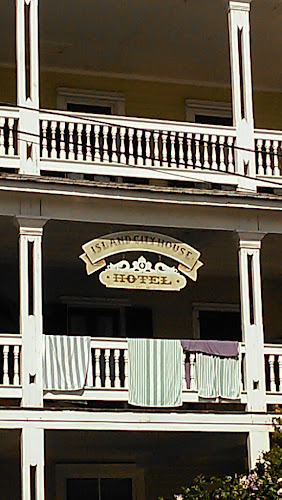 I don't know what to make of a sign that advises you simply that a dog lives here...Is it a warning? Of what? Or a boast? Or a reminder to an absent minded returning owner? 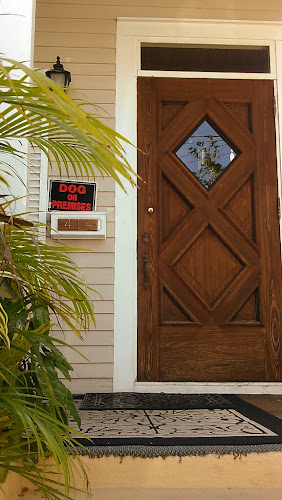 Seahorses live here except they don't because seahorses are now known by some other name that I can't remember. I can feel an old fogey rant coming on about the nature of useless pointless change. 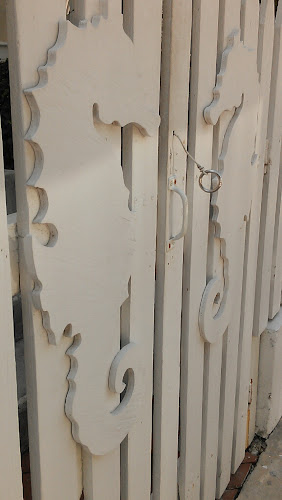 Is there any doubt that the street address here is 717? I am reminded of that billboard I saw in the Midwest somewhere a few years ago on my last cross country road trip. "If you don't know where you are, don't dial 911." Brilliant. However in Key West we get so many calls from people who don't know where they are (you would be amazed) we employ quite a few techniques to get them to help us figure it out. 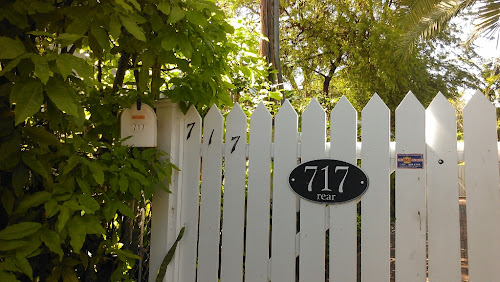 These three doorbells cracked me up, because I am amused by simple things. How do you know which one to press when you come knocking? None of them is labeled. Bloody awkward three card monte. 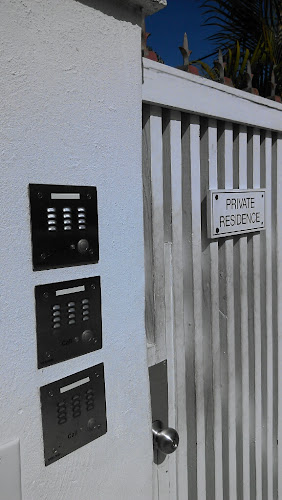 At last I am starting to see a glimmer of light at the end of a very long tunnel of winter "No Vacancy" signs. Hoteliers always seem to complain about beingbhorted during the high winter season but this year the city as been packed and Highway One has been congested to a greater degree than years past. That's just conjecture but it was what I experienced this past writer. No doubt someone somewhere will complain they could have done better and had more guests. 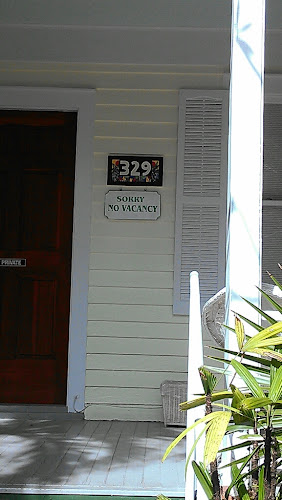 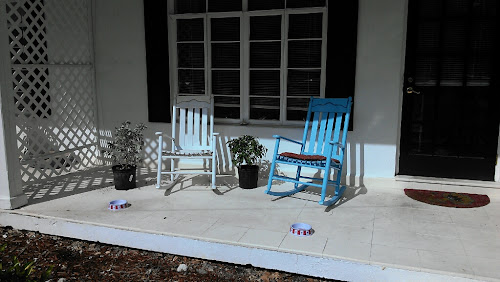 I a. Getting a little tired of seeing this tacked up Christmas tree outline. Frankly the tree shape itself is getting very tired. Time for a new season to be rung in I think. 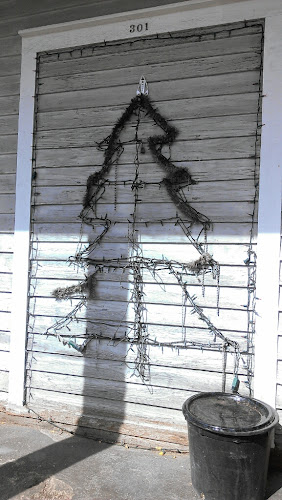 As summer heats up I look forward to finding a quieter city to greet me. Encouragement perhaps to go downtown more often. And by the way the reason Cheyenne does not appear is because she was home in the air conditioning. It's that hot already she prefers pre-dawn walks and isn't at all enthusiastic about stumping around outdoors in the heat of the afternoon.