The job of answering emergency calls is particularly weird because most people know very little about it.  Aside from not knowing  there are 911 centers in every community across the US (and territories) they are also not connected in any way and each one operates independent of the others. In Key West we are attached directly to the police department with an office at the top of the building, but many dispatch centers serve more than one agency and operate independently of the physical locations they for whom they take calls. 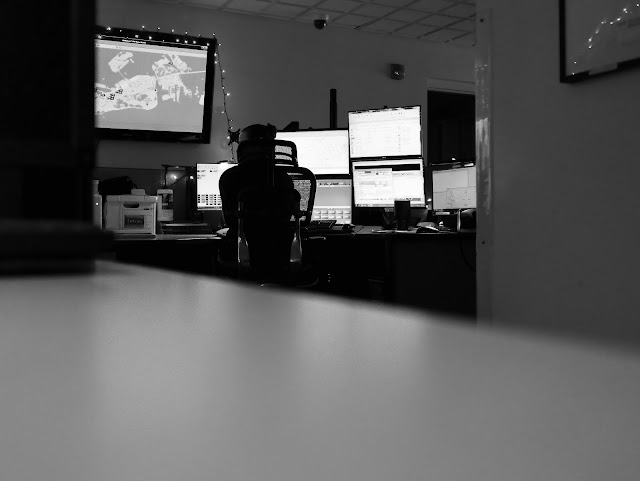 I have met dispatchers from other agencies at conferences and training sessions and I have also read articles and books and a few things stand out. One being we all seem to be obsessed with ordering food. I mostly take lunch to work with me and I keep oatmeal and tea supplies in my locker for breakfast as I work from six in the morning till six at night. But my colleagues can end up positively obsessing about the food they order and this I have learned is common in most dispatch centers. 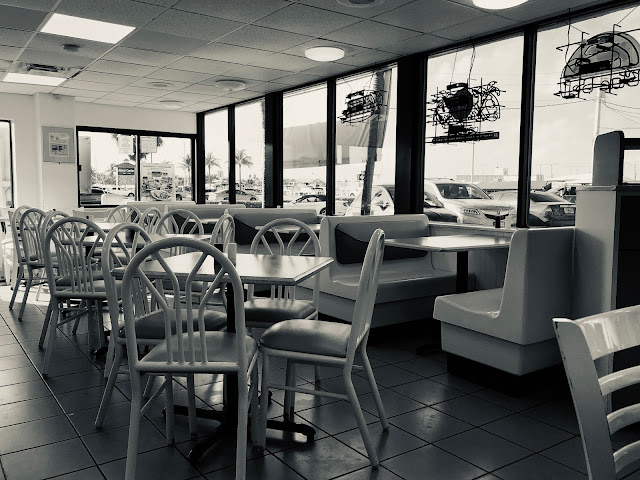 I like Miami Grill (above) which is close to the police station and the inexpensive food is served quickly and never have I had a bad salad there. Locals love this place but my fellow dispatchers have their own favorites frequently more exotic than this! Grain and Berry is an oatmeal and fruit place in Overseas Market which I also enjoy. 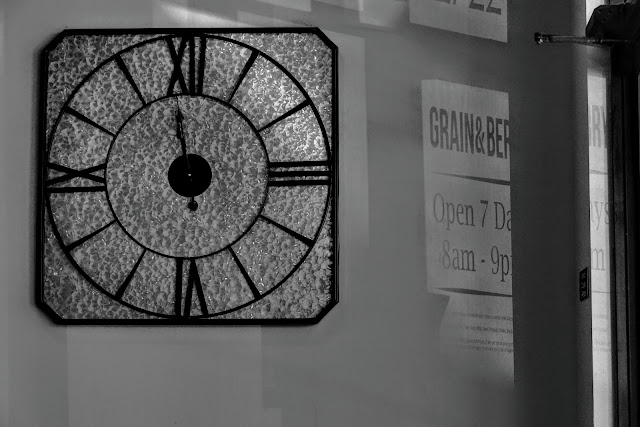 I stop by there after the gym occasionally or meet my wife there to get a bowl of granola and spirulina and fruit and very good it is too, which may surprise you. My boss at work likes it too but otherwise I never see a dispatcher order from here which is odd. Italian food, Asian food and fried food abounds which may be surprising as we spend a lot of time sitting down. 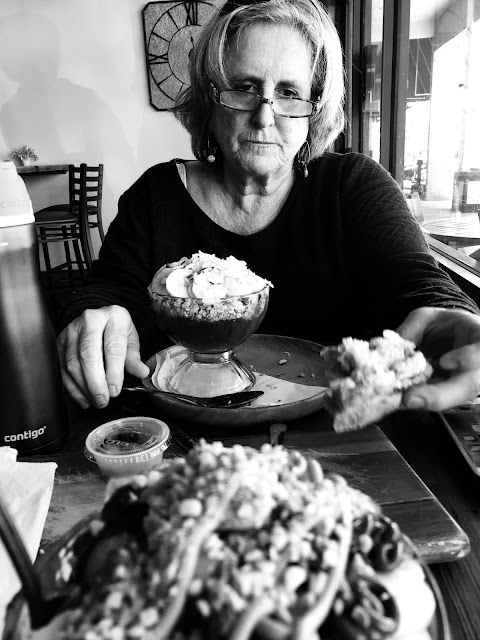 I did get Chinese food from my favorite, Tong's Garden on my way to the airport to pick up my wife after her Arizona road trip at Christmas. China Garden and Tong's have devoted followers in each camp. Dispatchers will stick to their preferences so we might get more than one delivery... 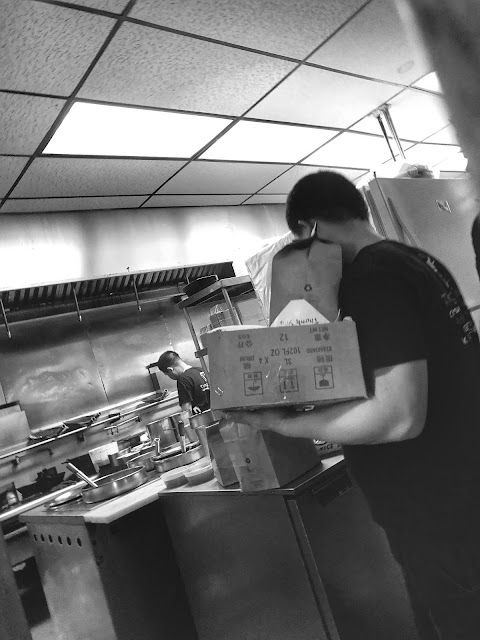 The Reader's Digest put out a list of 911 quirks which I happened across and I was surprised they didn't mention what foodies lurk in the hearts of 911 dispatch centers:  911 SECRETS. I disagree with some of the advice personally. If you are infirm keep your cell phone round your neck not an alarm device. That just delays the response and it's much better to call 911 direct so we can get details from you the patient. Besides 911 costs you nothing unlike the alarm companies. Also don't freak out of you accidentally dial 911, as we are used to mistakes. It's the drunks who get mad at us and dial repeatedly in a  rage wrecking our ability to take calls are the ones who get arrested. 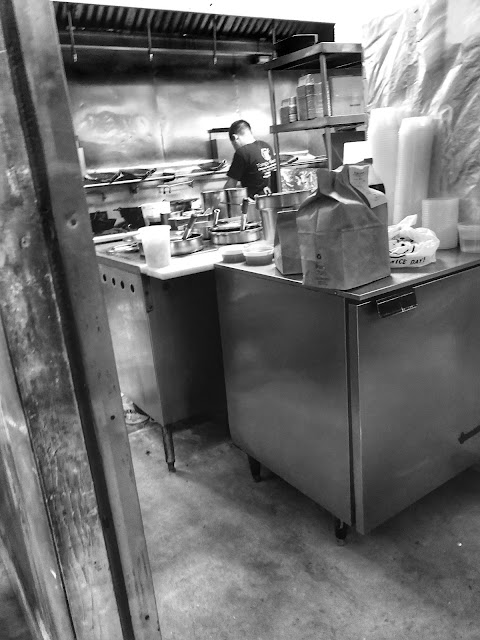 And bring food. Good food and lots of it when  you come visiting. Chinese or otherwise... 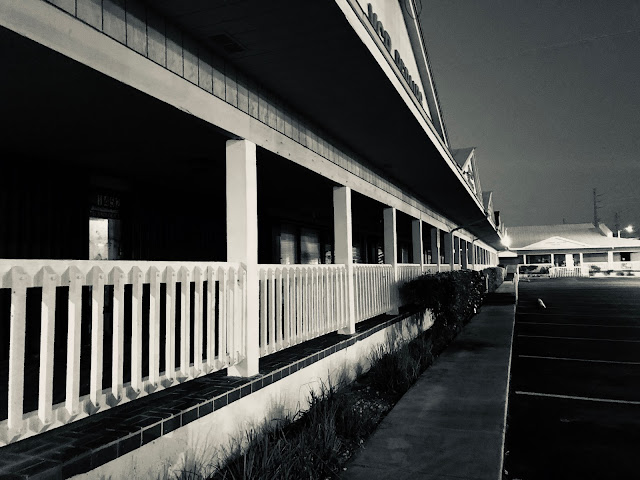 Sometimes I miss nights in dispatch, the silence of the empty building and the three of us sitting around pondering the big questions in life, which we don't have so much time to do during the day with all the coming and going.
"So..."
"What shall we  order..?"  And the Big One:
"Do they deliver?" 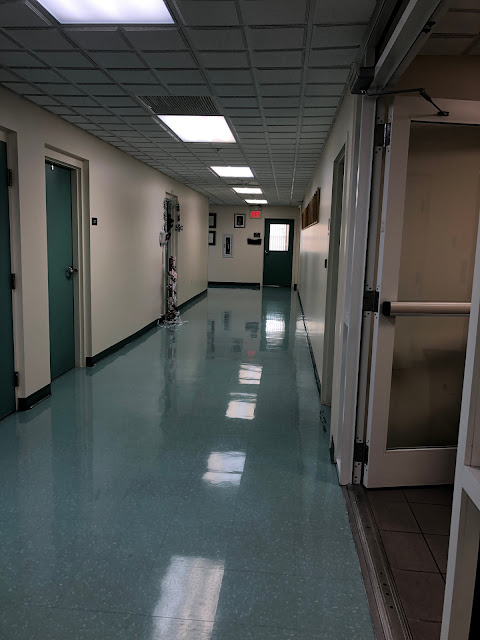 Grain and Berry
Posted by Conchscooter at 12:00 AM 4 comments: