I haven't yet figured out all the manual features of my camera but the telephoto in automatic mode works nicely. Finally I can get pictures of Rusty without his knowing what I am doing. Faced with the iPhone he seems to understand exactly what I want which causes him to turn away. The telephoto catches him looking cute, with ease: 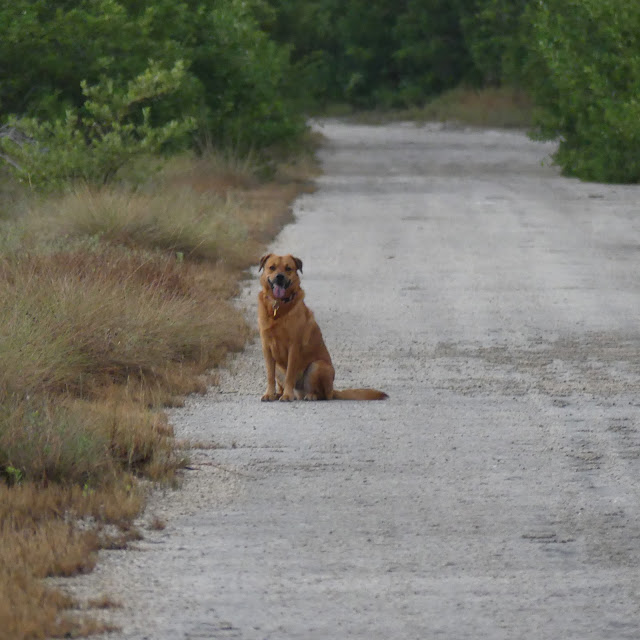 Fat Albert the blimp observing the Straits of Florida for unwarranted activity appears as a slightly rose tinged speck in the early morning sky: 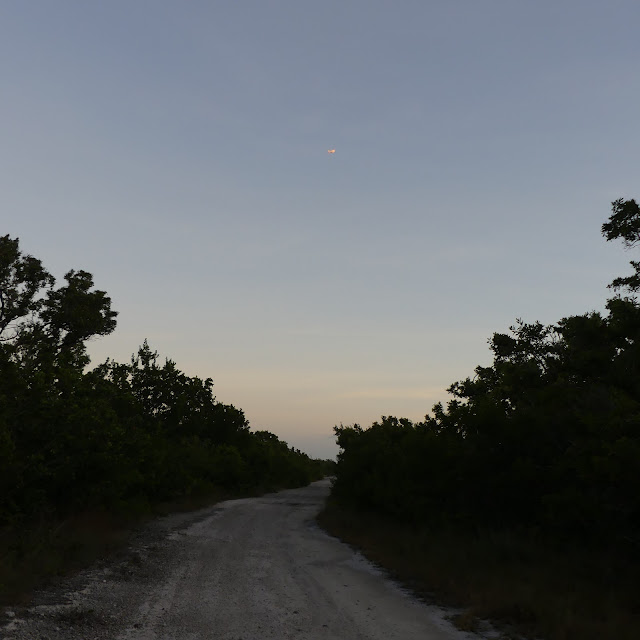 That's the full magnification from the Panasonic Lumix FZ300): 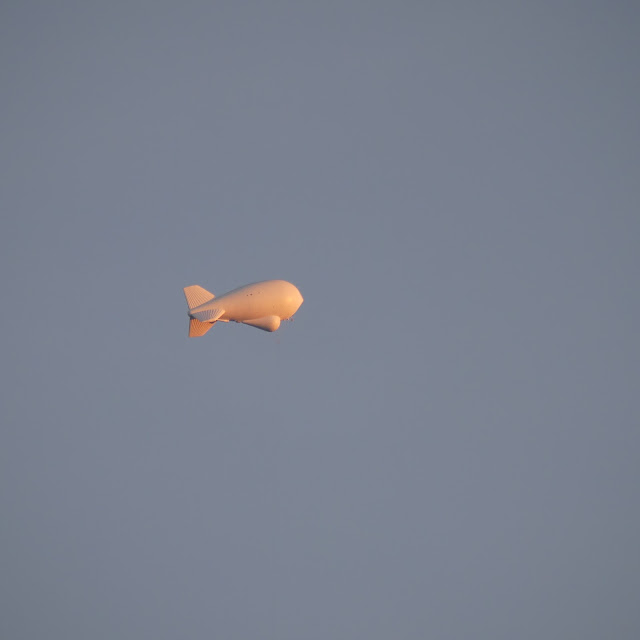 I spent four hundred dollars for the camera and it makes me anxious figuring out how to justify it. In a way this is part of our retirement plan which involves road travel with a camera a wife and a dog in a van. The camera is reported to be fairly rugged as it is rain proof and dust proof, which features will help with our plans for the life contemplated after Key West. 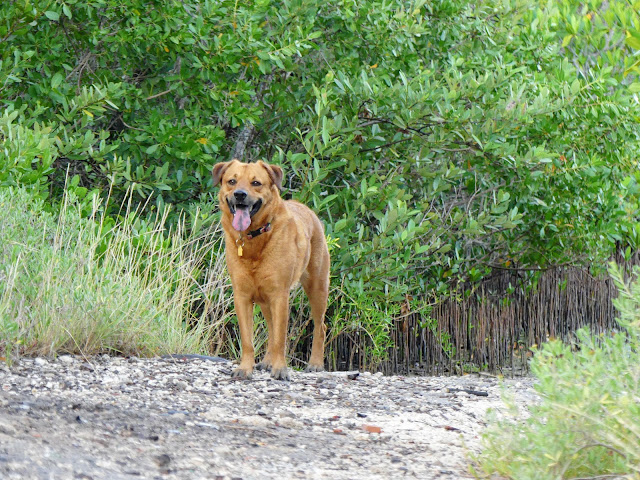 Rusty has the right curiosity for a life on the road. 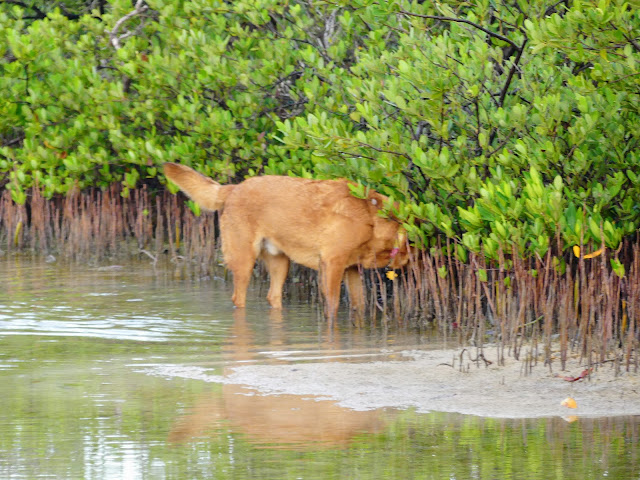 He likes having a home and he has grown obedient and more relaxed as he has got used to my routines and my expectations. At first he treated walks as an opportunity to abscond on his own time. A couple of times of doing that and I was wondering what to do with him. I think he got the message after a few days spent ignoring him as punishment for not coming when called, and one traumatic day when I drove off and left him, not returning for a couple of hours when he was very glad to see me drive up. After that experience he has learned that an off leash walk means keeping in touch and we have been doing well together. It takes time and patience to train a dog and lots of love but they will come around if you treat them right. Rusty just needed to figure out how to behave. Now he's perfect. 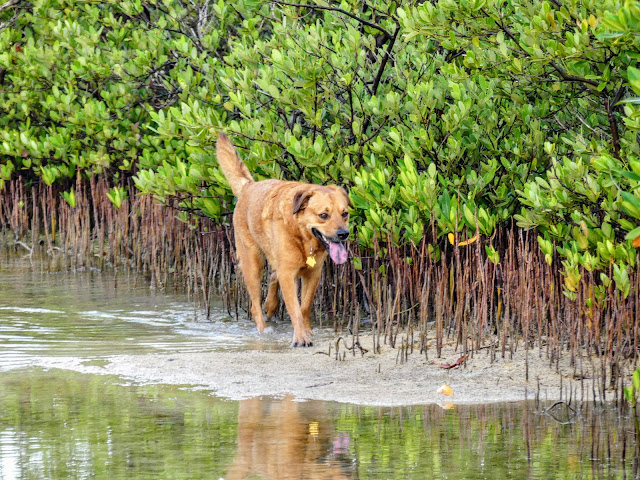 I never call my dog unless I need him to come and I give him as much latitude to be himself as I can. Dogs aren't people even if they have the cognitive skills of two year olds.  So I let Rusty be a dog on his terms whenever I can. The effort is paying off. 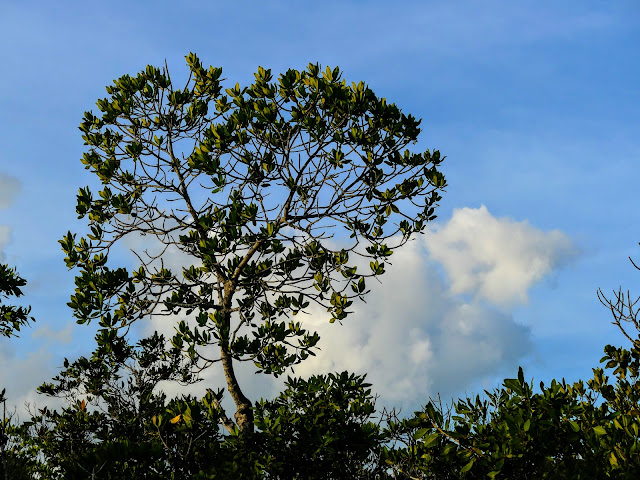 Last week we were in the desert in California, this week we are back in the endless miles of mangroves and salt water and the temperatures are as I like them. 50 degrees first thing in the morning in Las Vegas was a bit chilly, and temperatures went that way as we left Death Valley as the sun was starting to set. 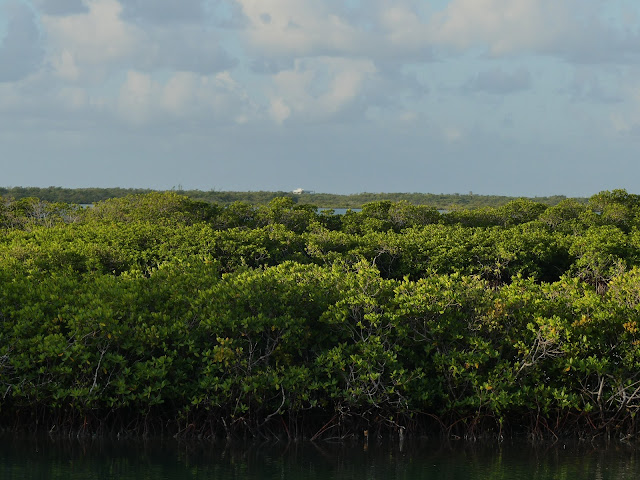 It's winter  again and I saw the effect  the other morning when some rather angry woman started yelling at me that she was coming out with her dogs so I put Rusty on the leash, as I would have done even had she not been so rude screaming at me. Her dogs went mad barking and tugging while Rusty sat obediently at my side watching the circus as she floundered behind their two leashes. "I always walk my dogs here" she panted. No wonder they are so bored I said rather acidly, and then she tried to silence the loudest dog by kicking at it, not very effectively. Oh I said kicking the dog should work and she strutted off in a huff. Training and discipline I called out to her as Rusty sat quietly waiting for the word to move off.  Such behavior comes as the reward for lots of work which she apparently wasn't willing to put in but she wanted to yell at me for having my dog on "her" road. People are weird and I pity their dogs. I don't kick Rusty, ever. 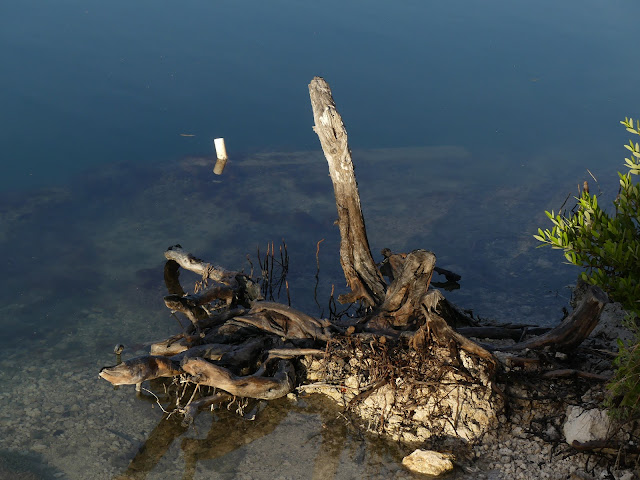 While Rusty rushed around I played with the camera and enjoyed the early morning peace and quiet. 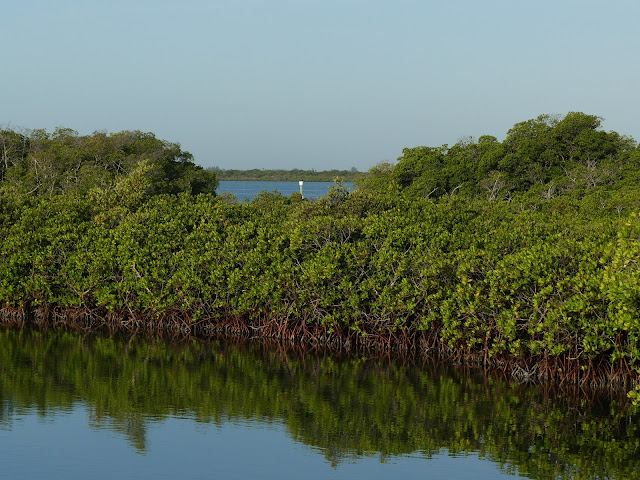 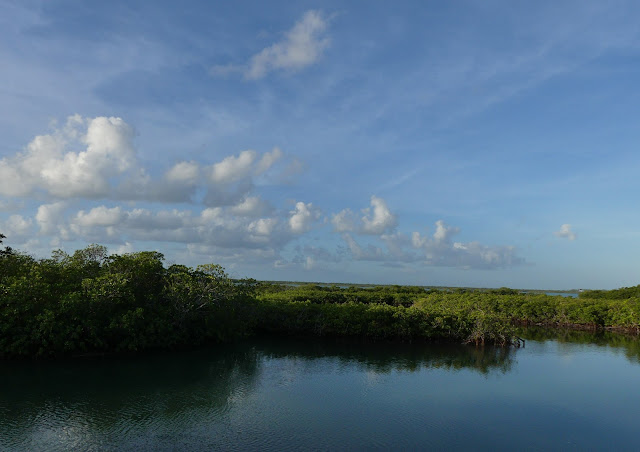 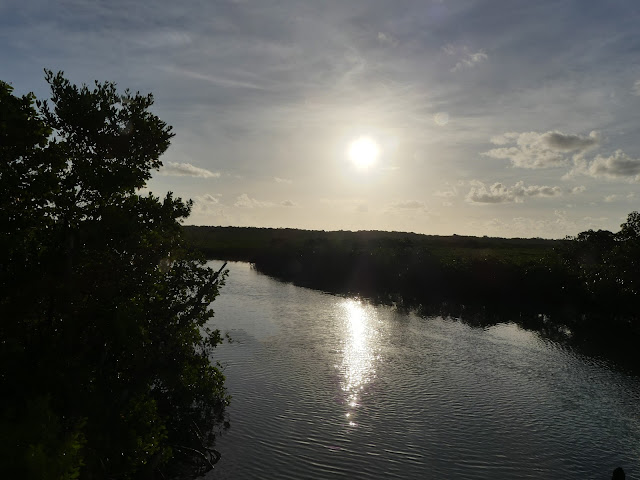 The other half of the abandoned roadway beyond the wrecked bridge over Sugarloaf Creek: 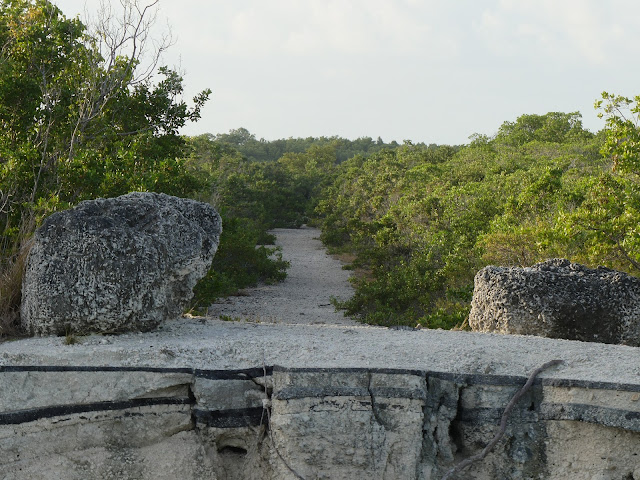 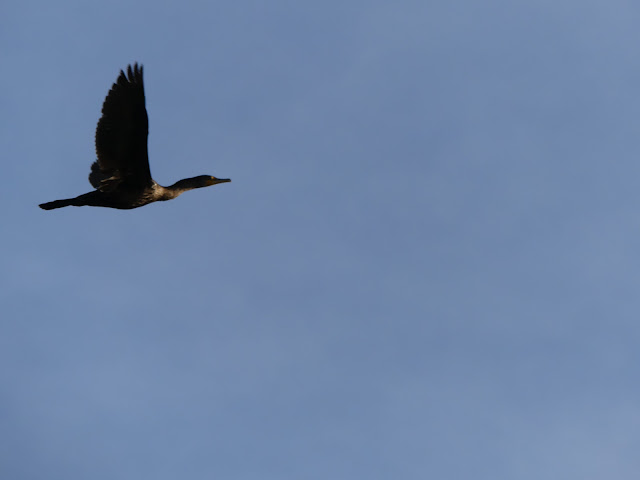 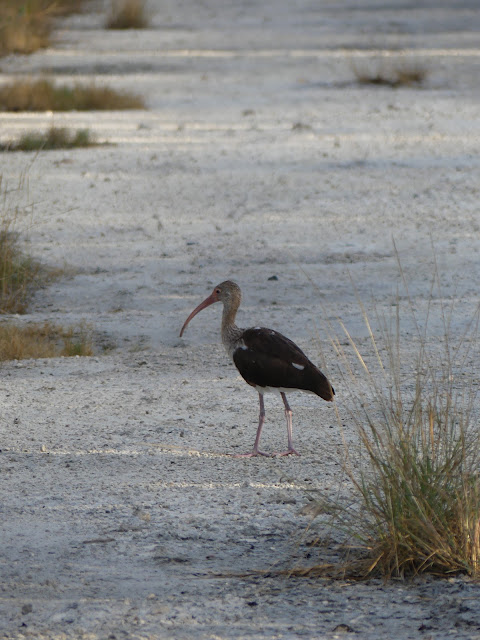 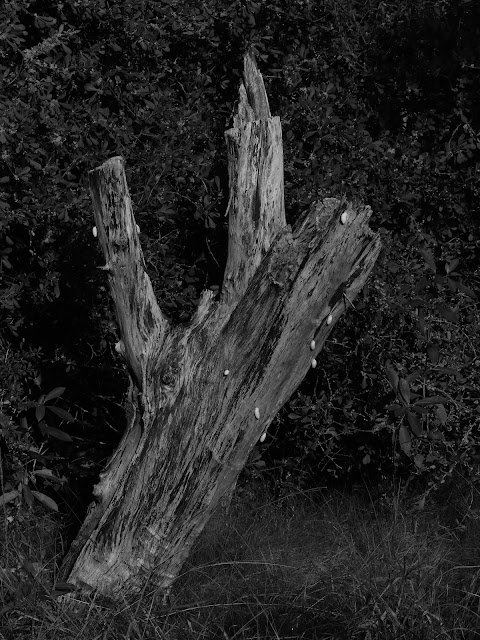 It was a solid two and a half hour walk. Rusty slept hard all afternoon before I went to work.
Posted by Conchscooter at 12:00 AM 1 comment: