Walking is one of my pleasures so when I get the opportunity I'll sling my camera nerdily around my neck and haul Rusty off to see the world, on foot. My wife had her nails done while we were in Tampa. I went for a walk in a  place called Upper Tampa Bay Park. It was just a splodge of green on Google satellite view, opposite the RV campground where we were staying. Two dollars to park on the grounds was the entire fee payable by credit card through a machine. 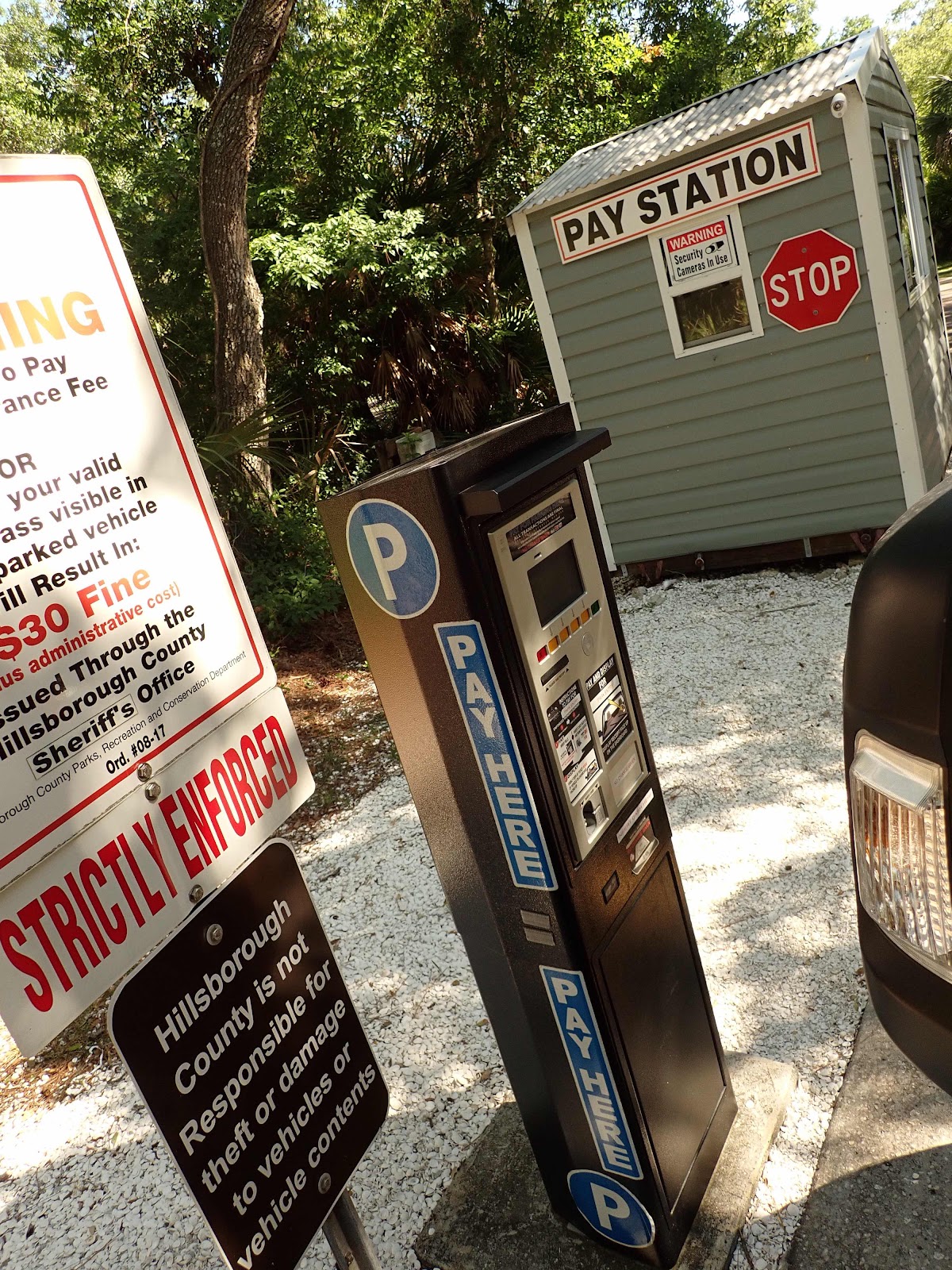 You can't get in after 5:30 pm but they close the exit gate at 6pm. I was reminded of work by a notice that said if you were stuck after hours to call the park manager on a number posted at the gate. In Key West people are constantly over staying their welcome at Fort Zachary and at the city cemetery and they end up calling 911 to be released. It's normal! 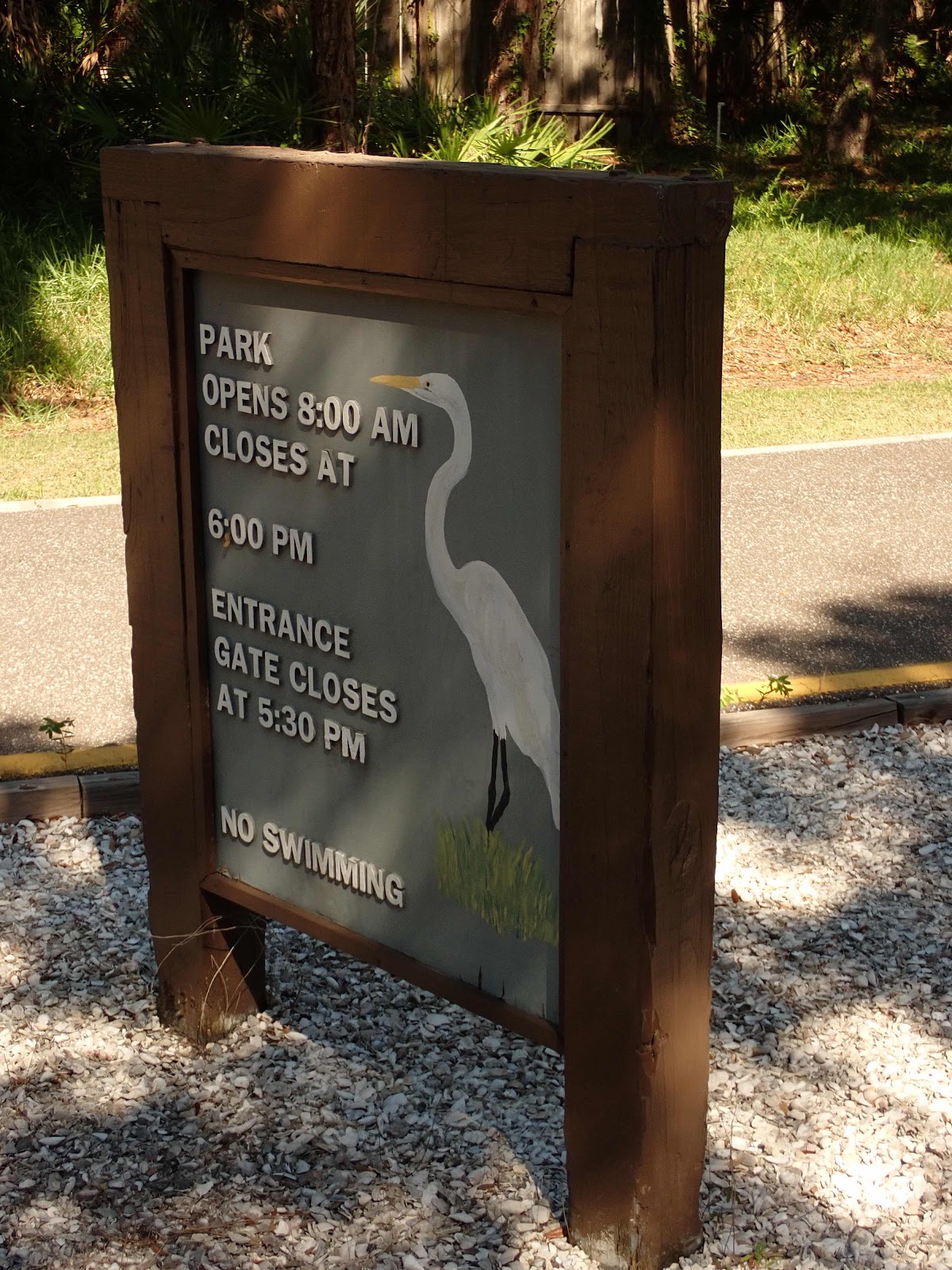 This place is part of the Hillsborough County parks network and it is beautifully maintained. I used to live in St Pete and I never explored the north shore of Tampa Bay, the land north of the bridges and I have found it to be very attractive. 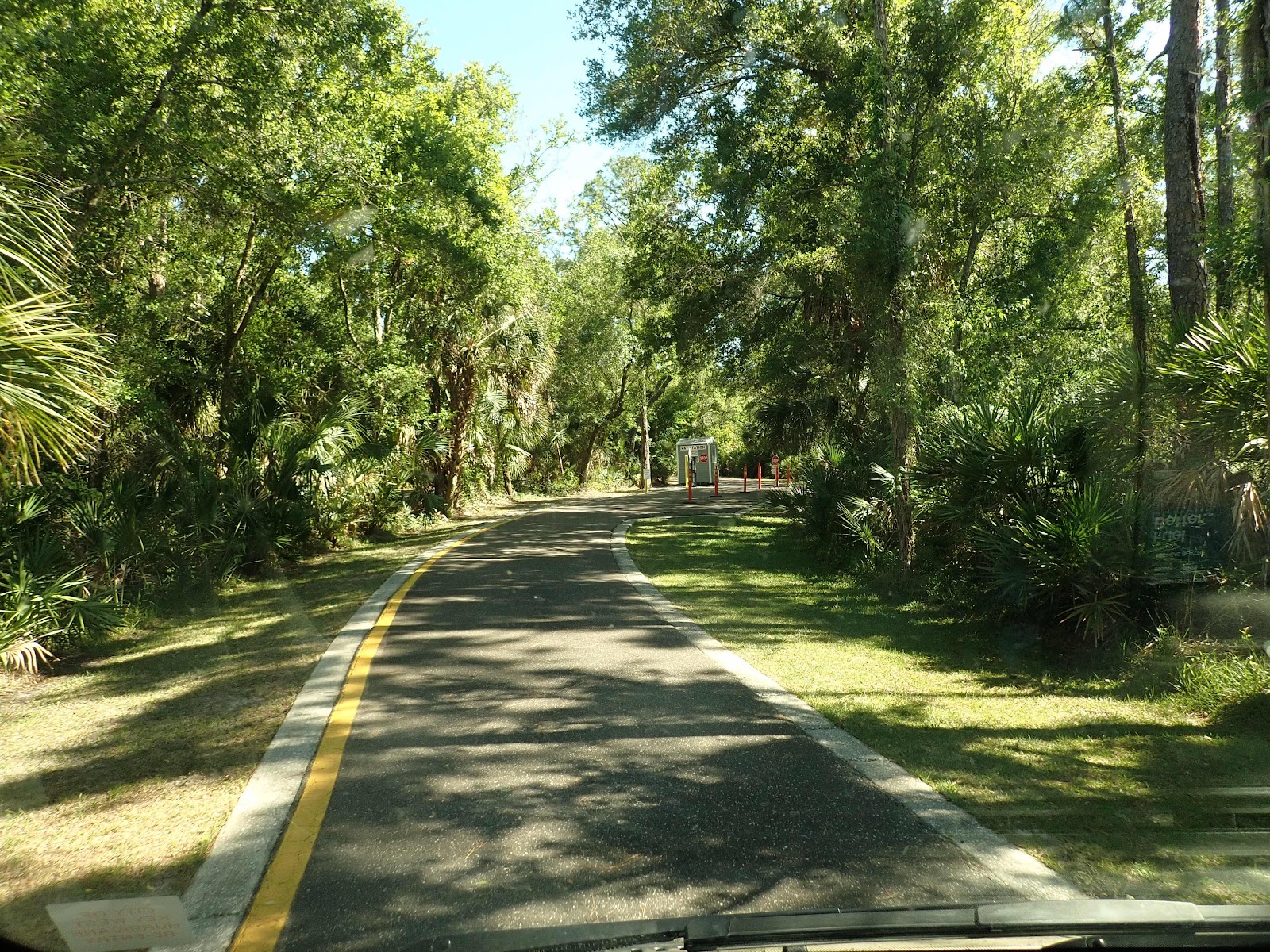 While we pondered the potential for storm surge I noticed kayaks for rent, but I have no great faith I could pour Rusty into one...I might have to try one day and see how he does. I have canoed among alligators and while they don't scare me excessively, being among them with a not very water-capable dog in a  tippy canoe might be too exciting for me. 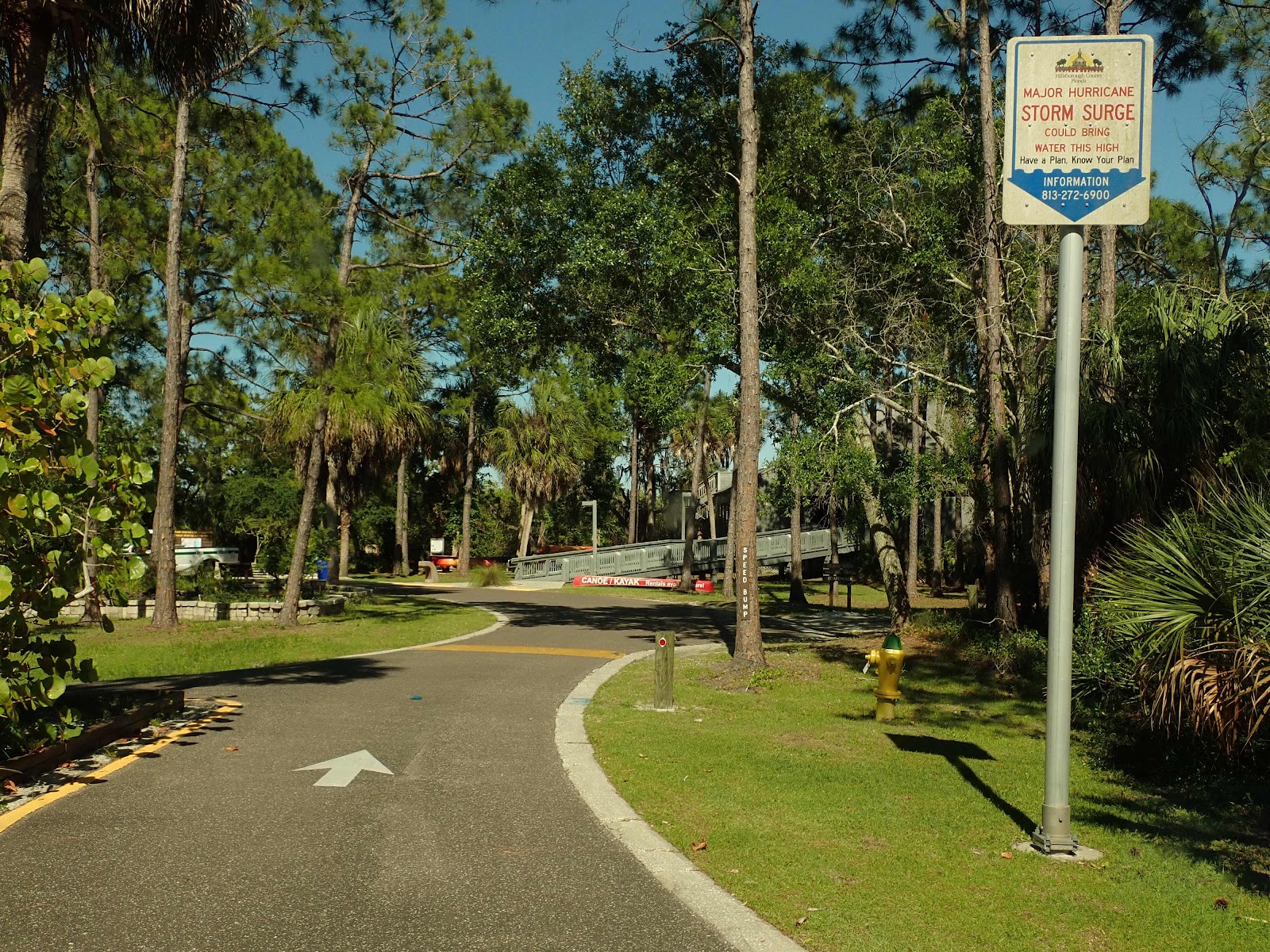 Shady paved parking. What more does a camper van want? 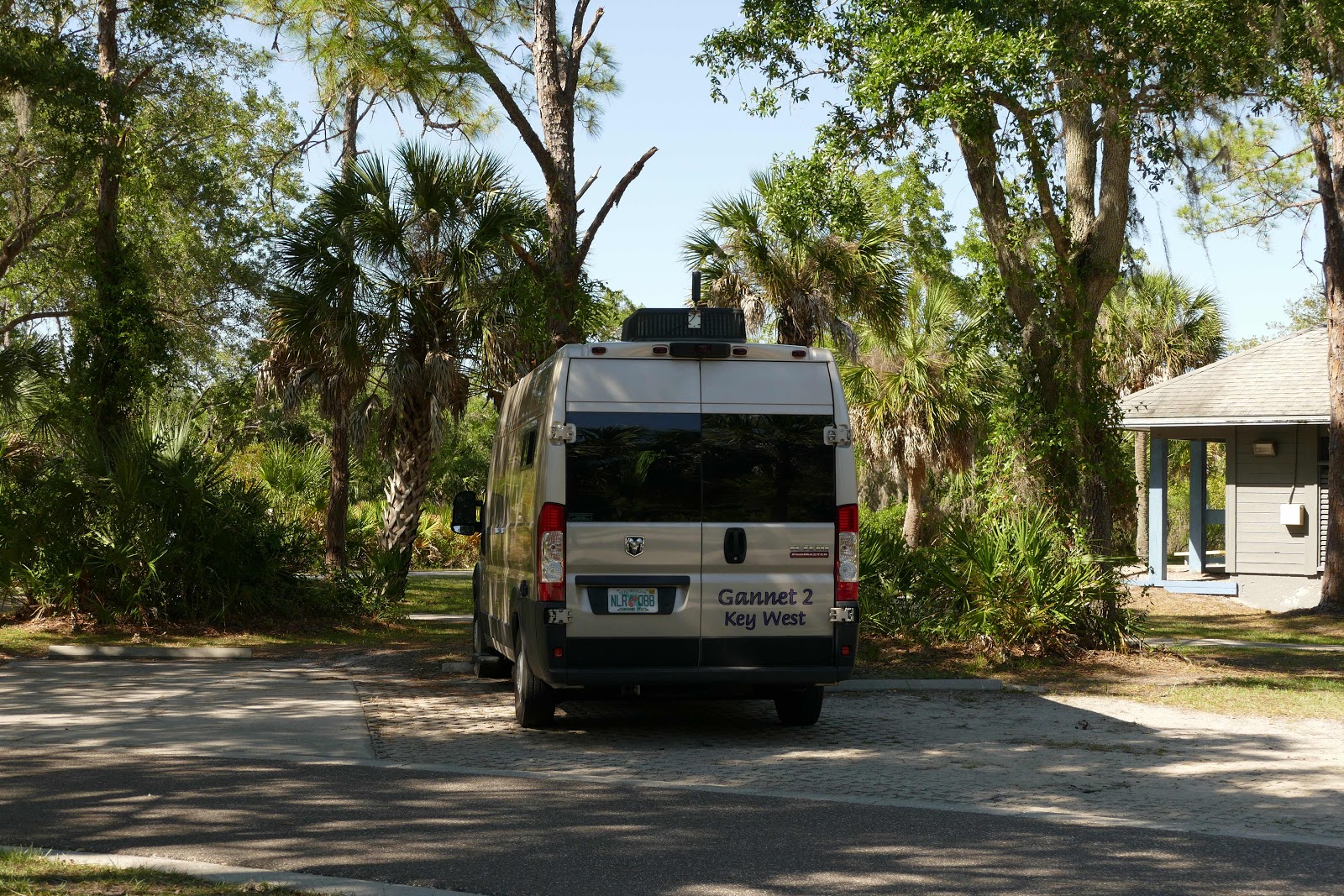 They have picnic areas and nice broad paths, a children's playground and of course trails. 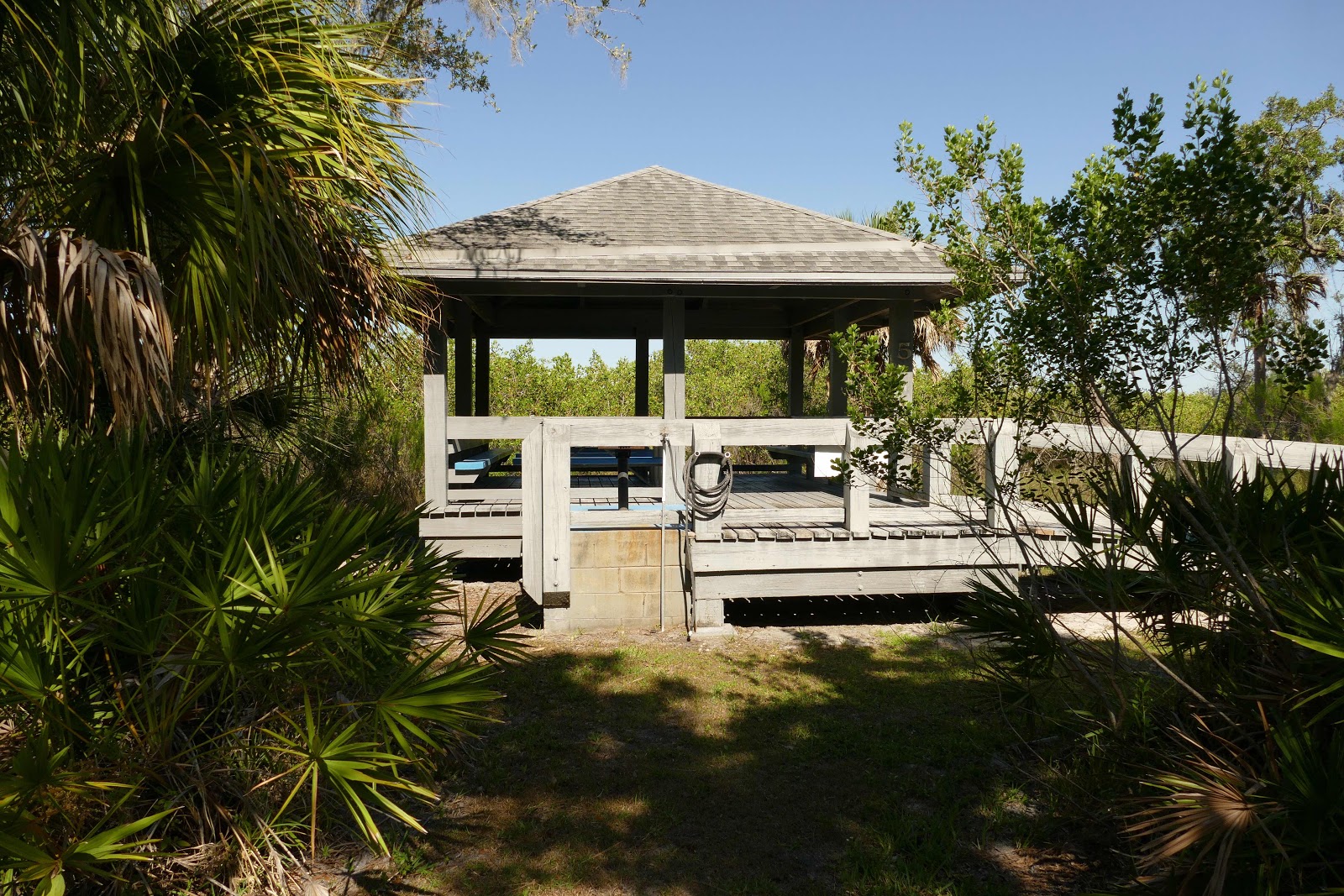 I quite enjoyed the sight of tall trees rising up above the palmetto. 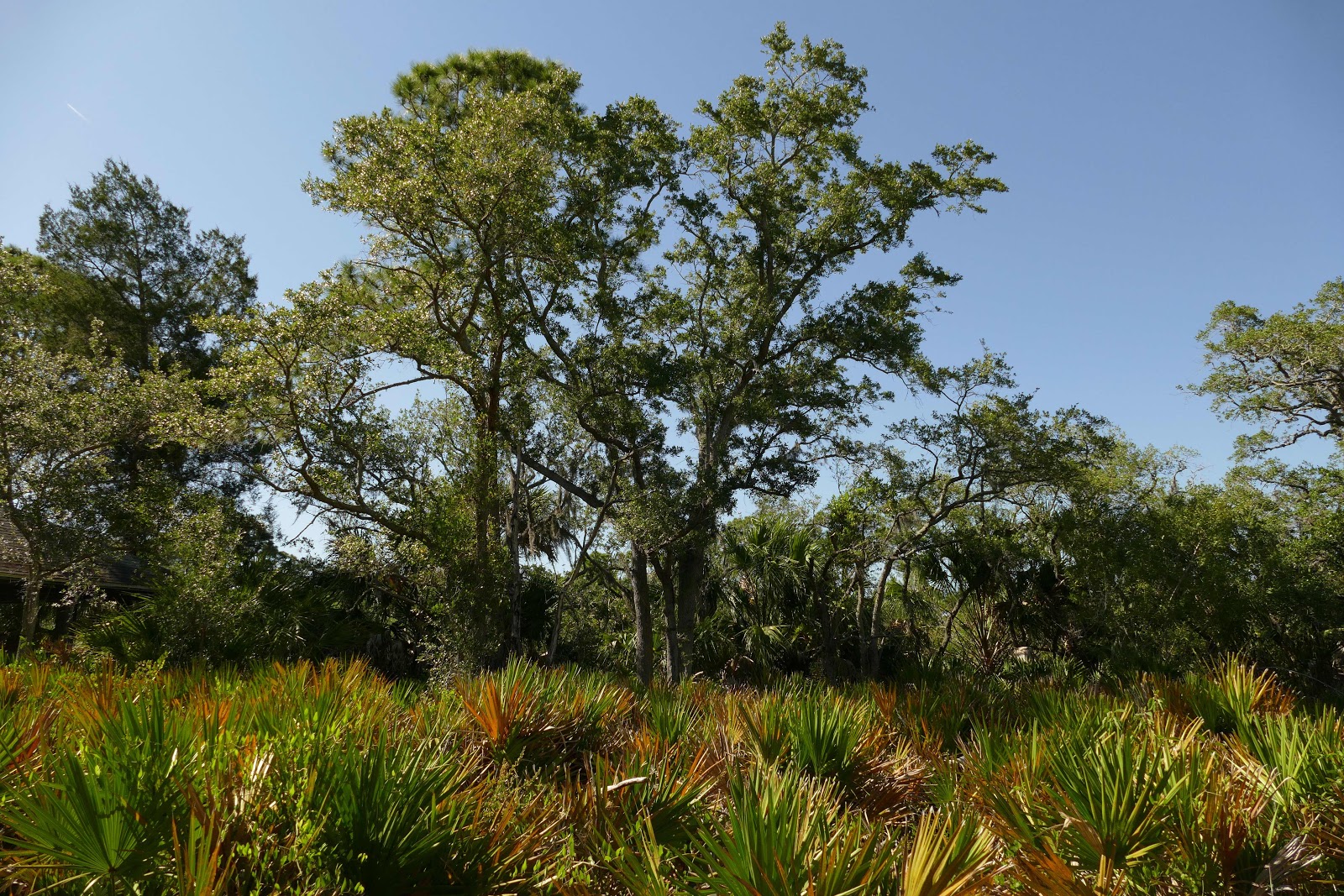 I find my fellow humans slightly irritating insofar as I think the instruction to pick up after your dog must be obvious by now. I noticed the trail was completely free of human or animal debris and trash. 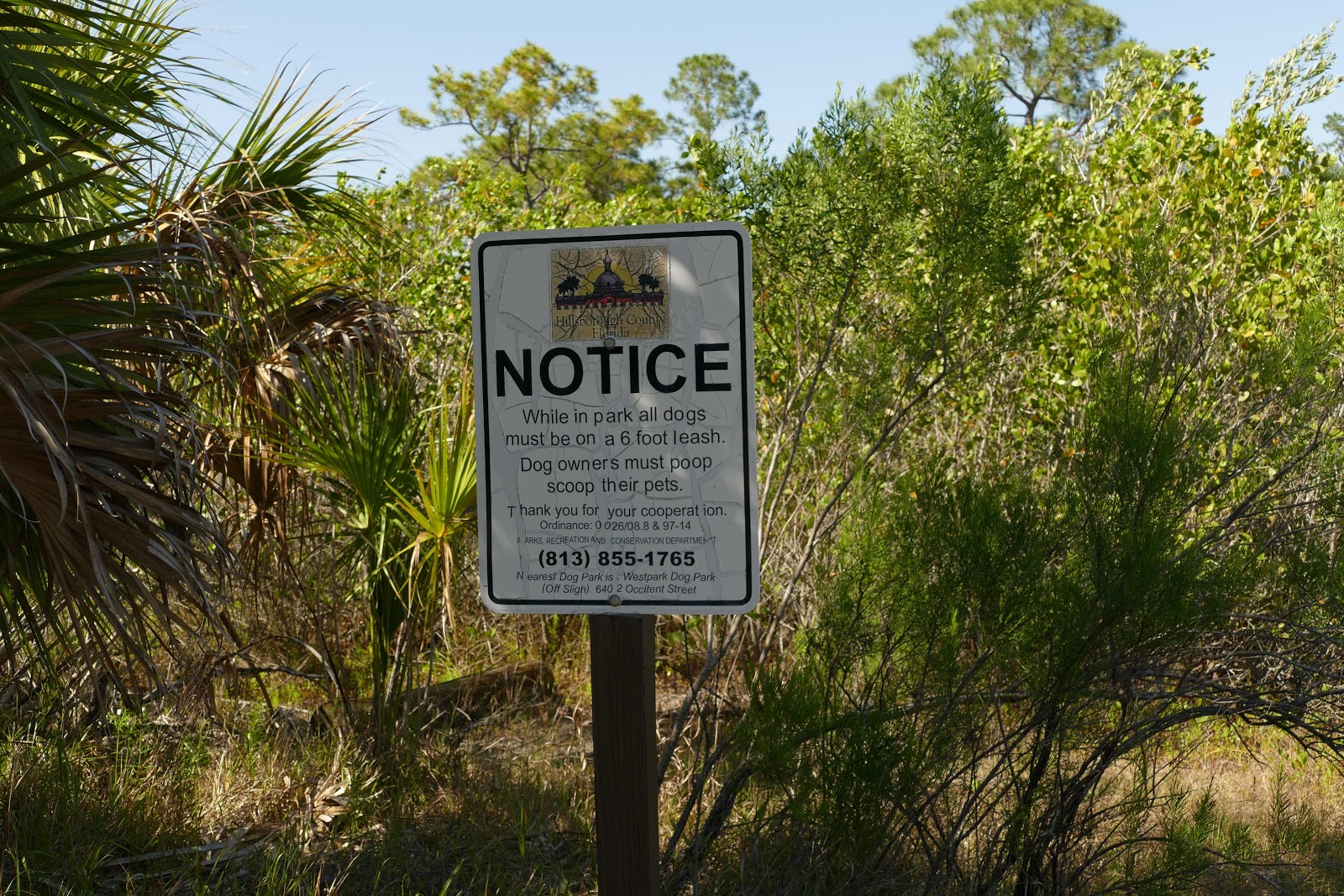 I am the nerdy guy who stops and reads the informational signs. 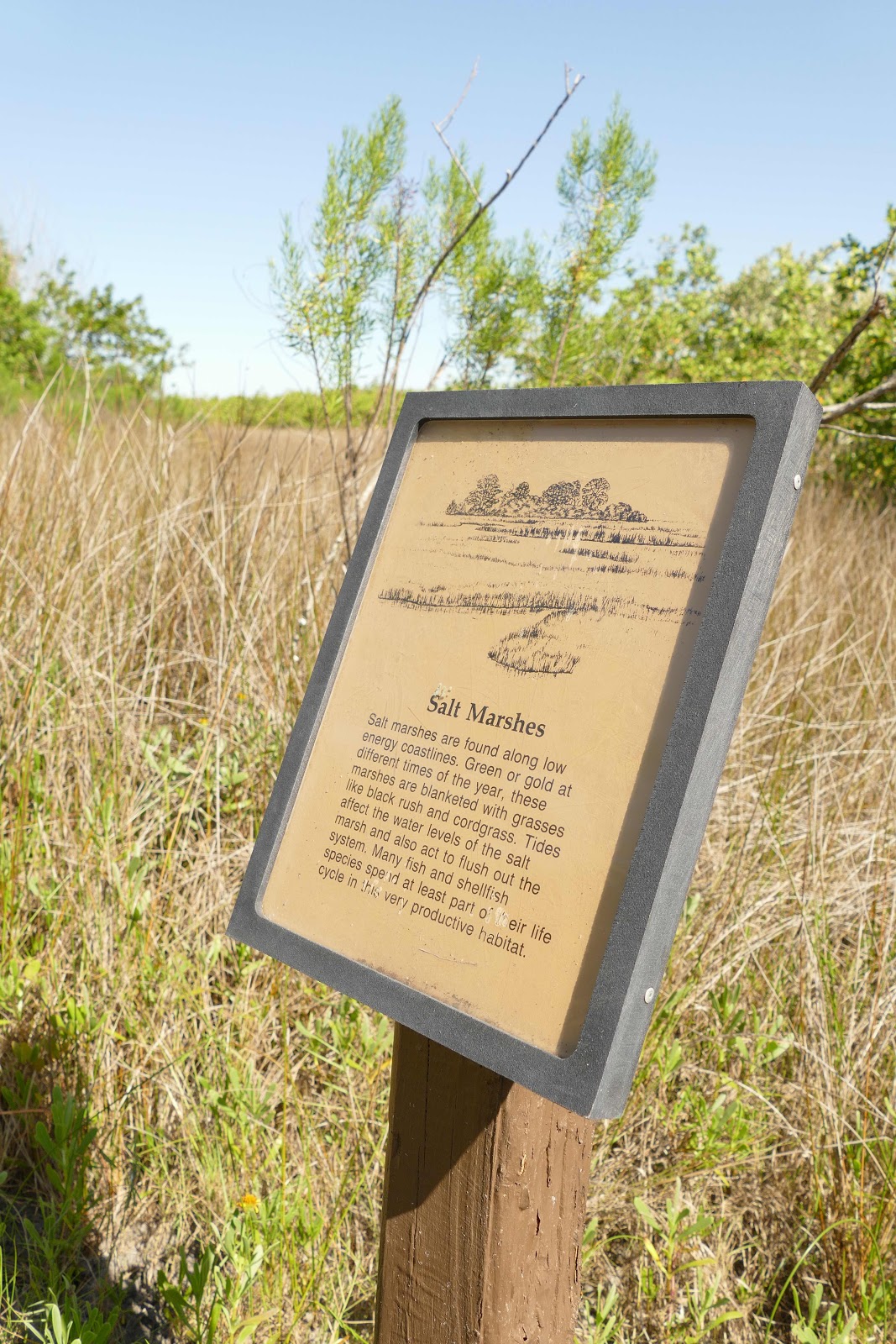 Rusty was for some reason, reluctant to walk. He kept stopping and looking over his shoulder but for once I overrode his fears and pressed on until he got with the program. 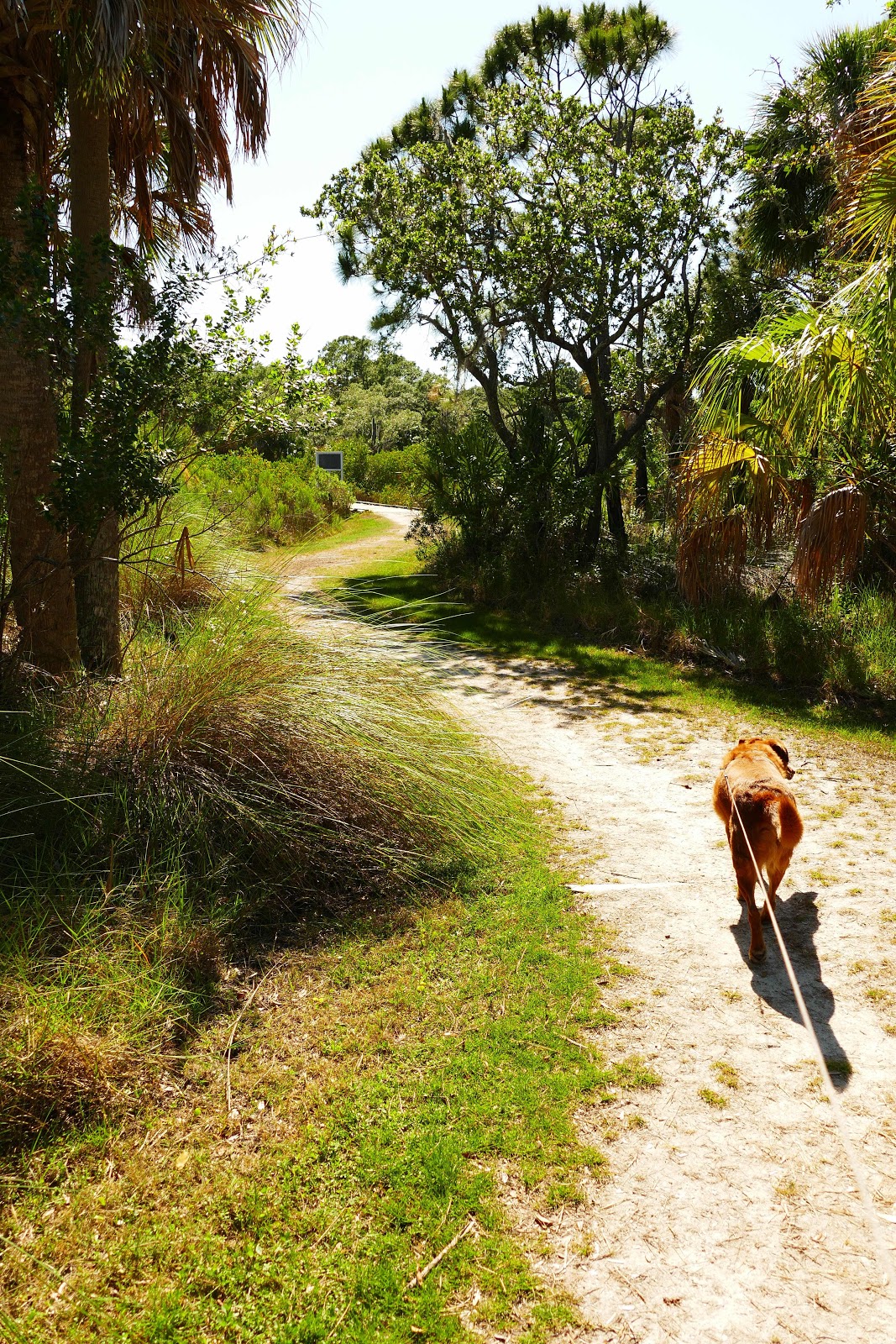 Usually I pay attention to his neuroses as he is a half wild thing and has survived life in the Everglades where he was abandoned, but in this civilized setting I could not bring myself to imagine there were dragons down this broad smooth trail, easily walked and I dare say with a  strong enough pusher could even be wheelchair accessible in dry weather. 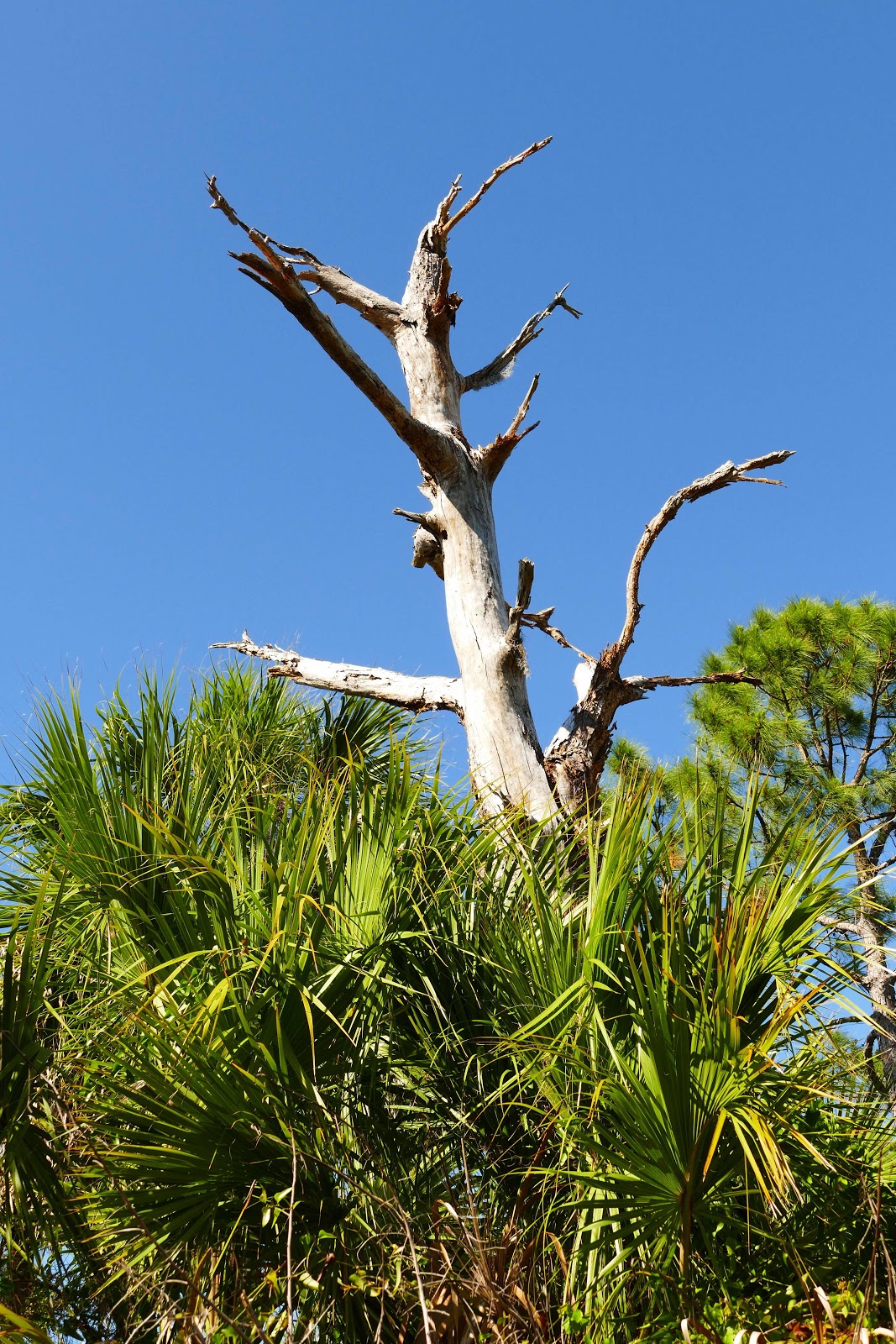 You may have heard of horsehair mattresses, quality sleeping gear in the 19th century. They were not actually made of horsehair, rather the fillings were cleaned strands of Spanish moss which ends up shiny and black when stripped of its outer coating. Valuable material then, before memory foam and box springs and stuff. 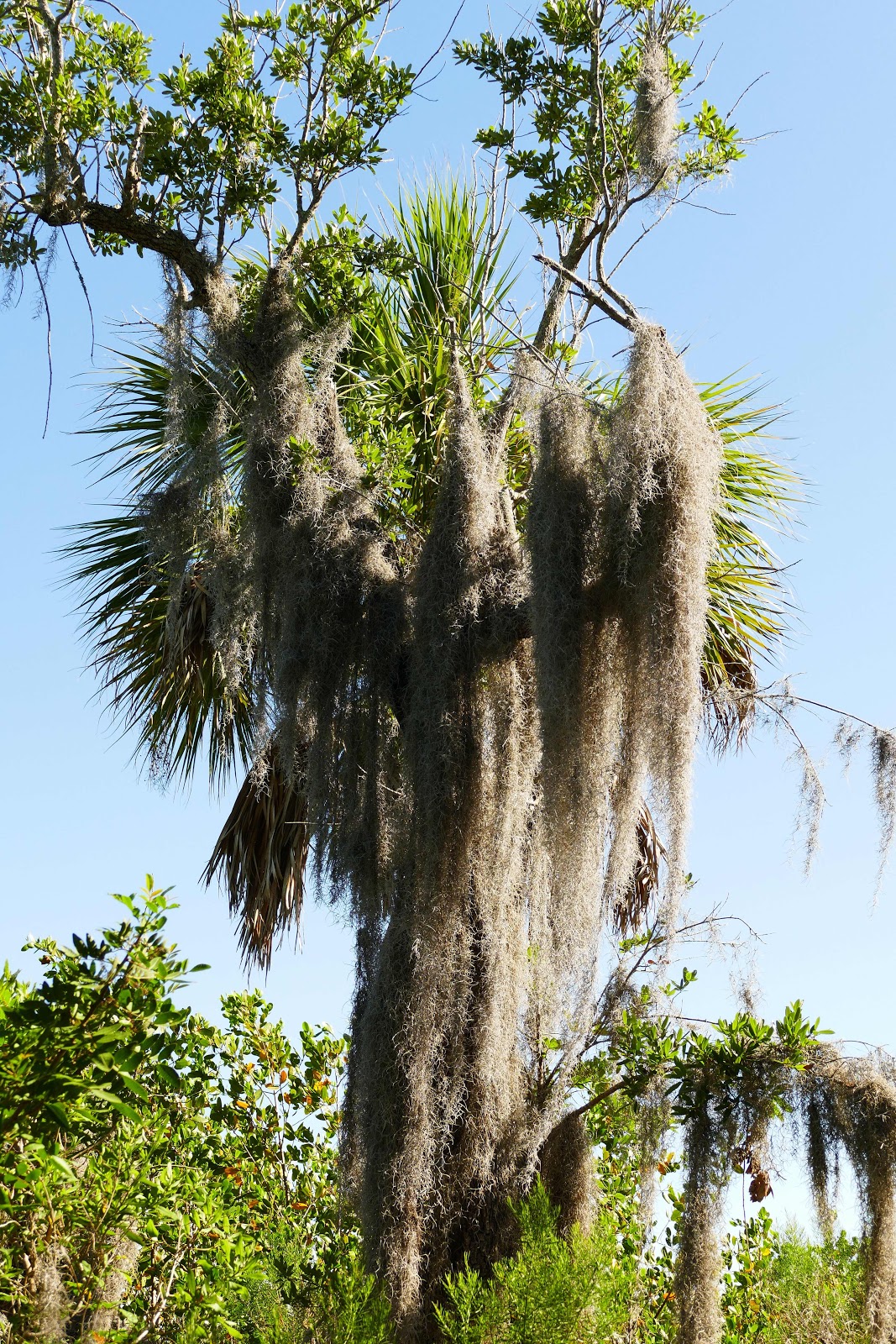 Spanish moss grows in abundance in Central Florida and I should be used to it but I enjoy it when I do get to see it outside my tropical islands. 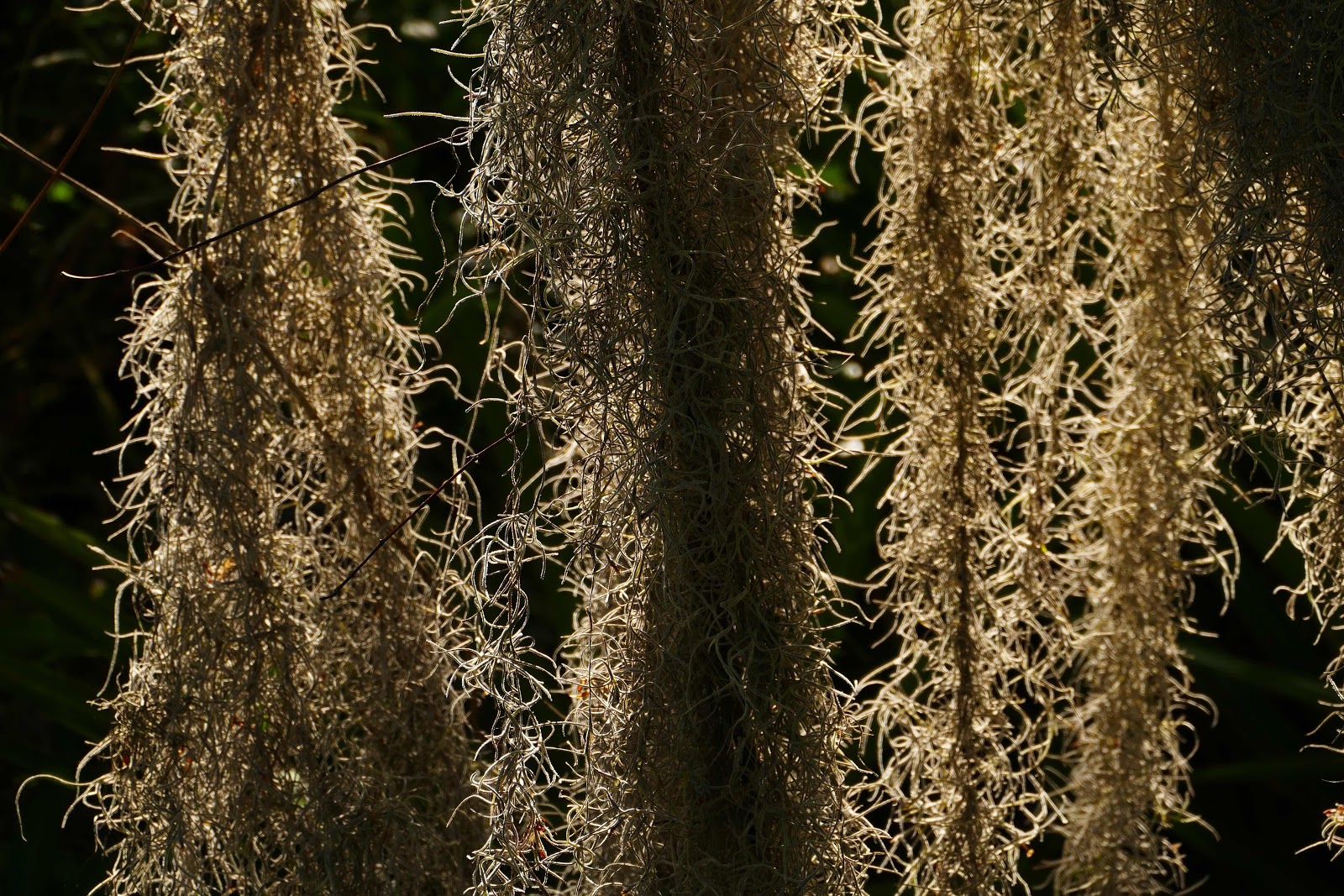 It was a pleasant place to wander for 40 minutes, all shadows and light and hot air and cool breezes. 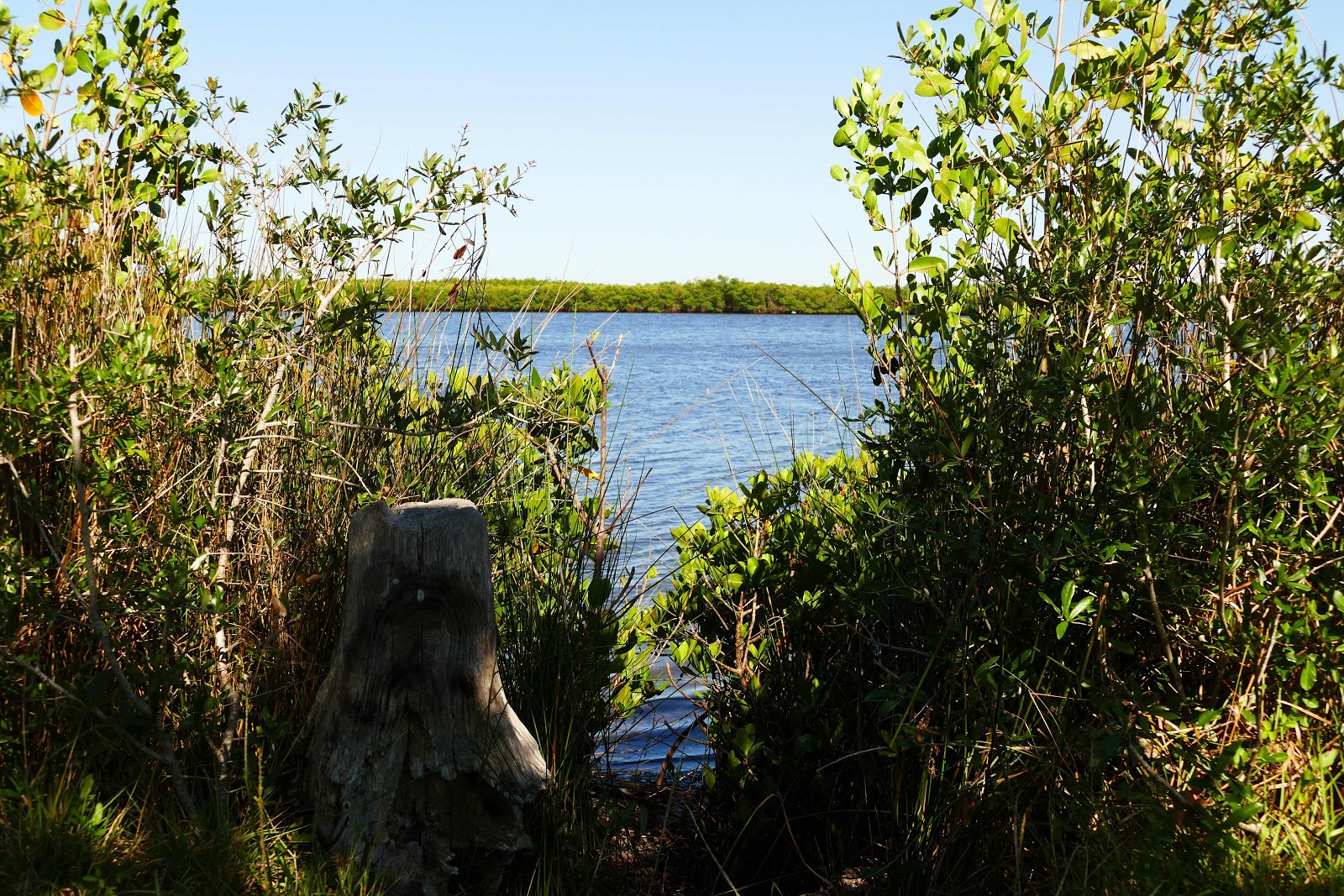 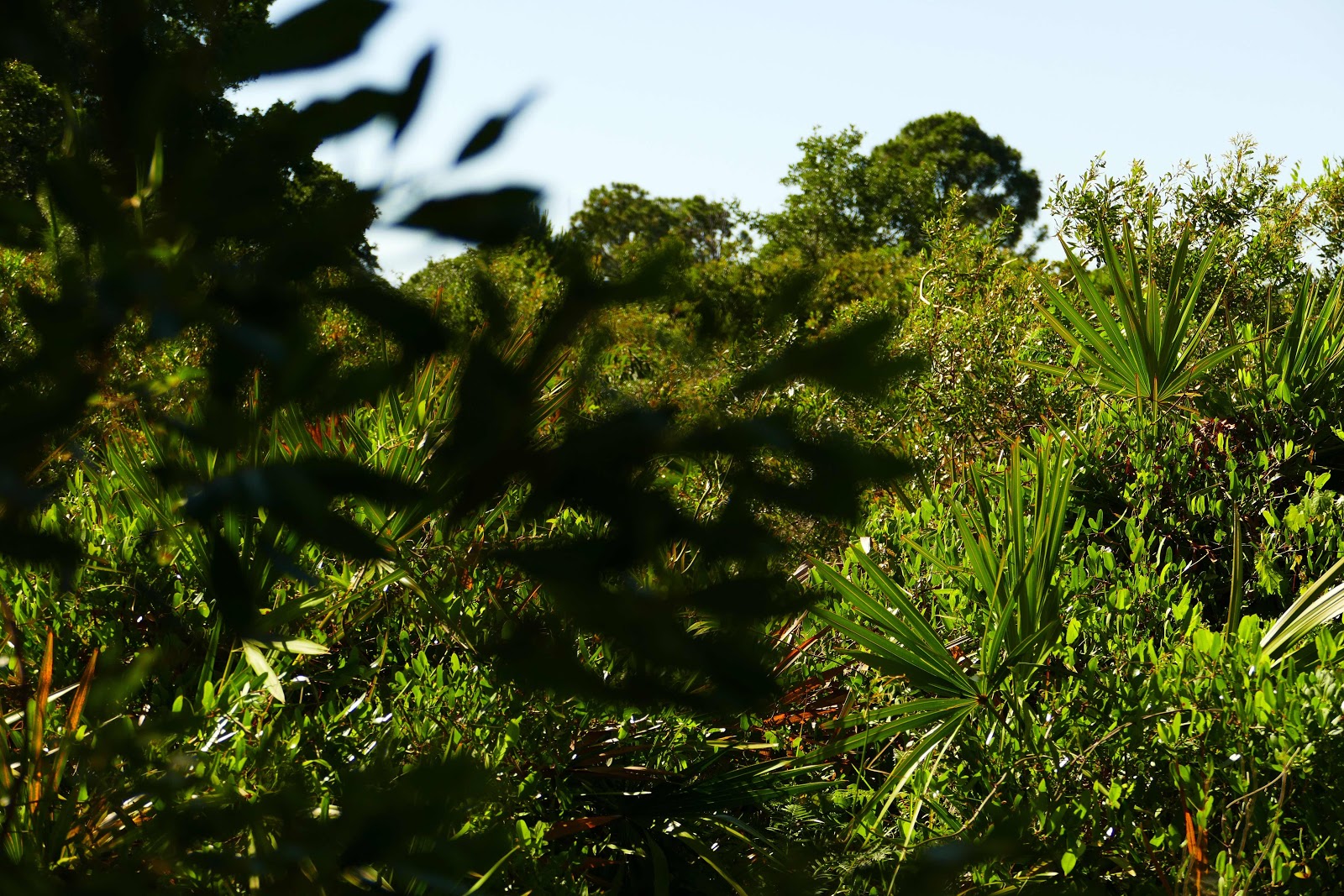 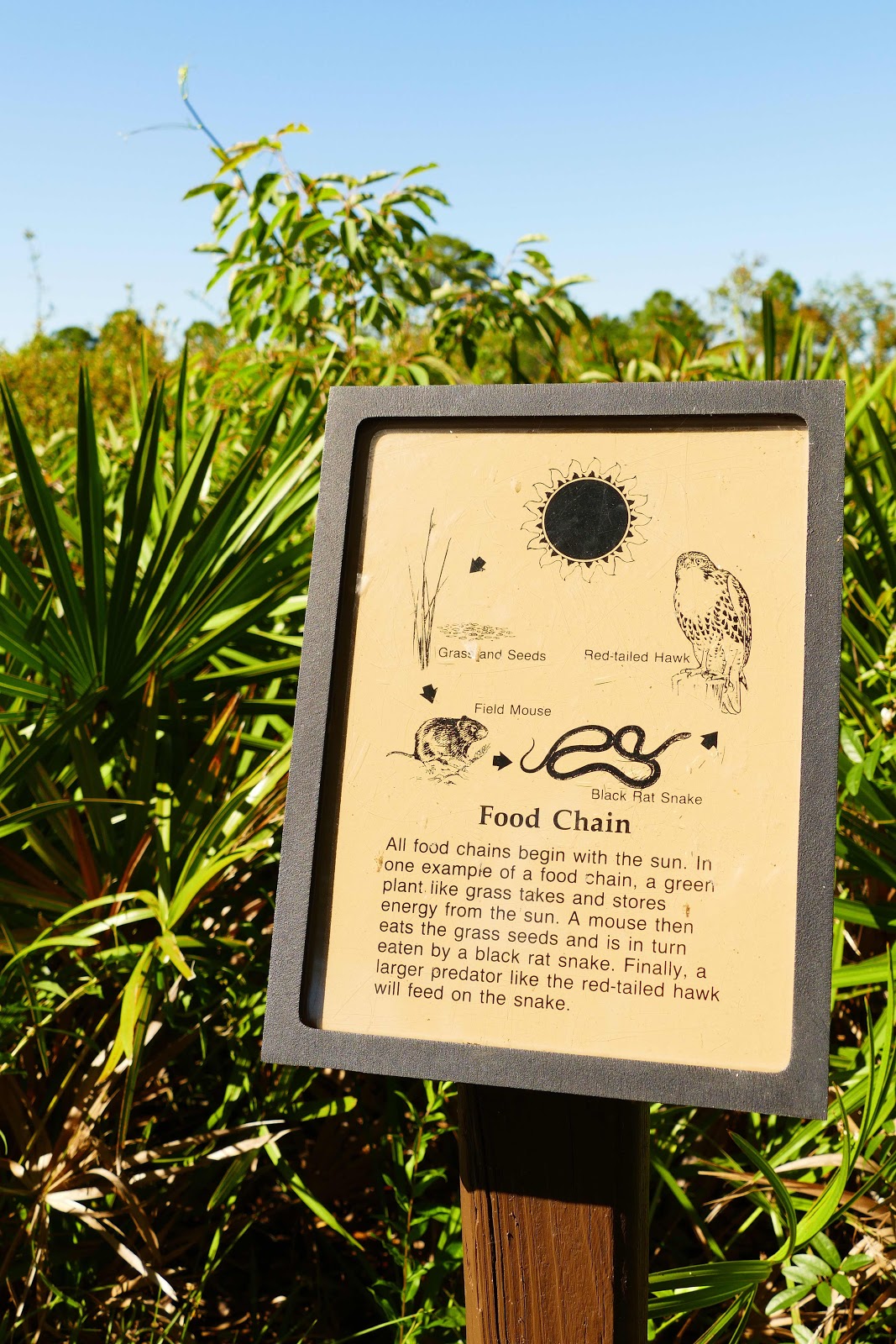 He never did quite let his guard down. I know that when we are in truly wild places I will watch him closely as he will be an excellent early warning system in bear country. 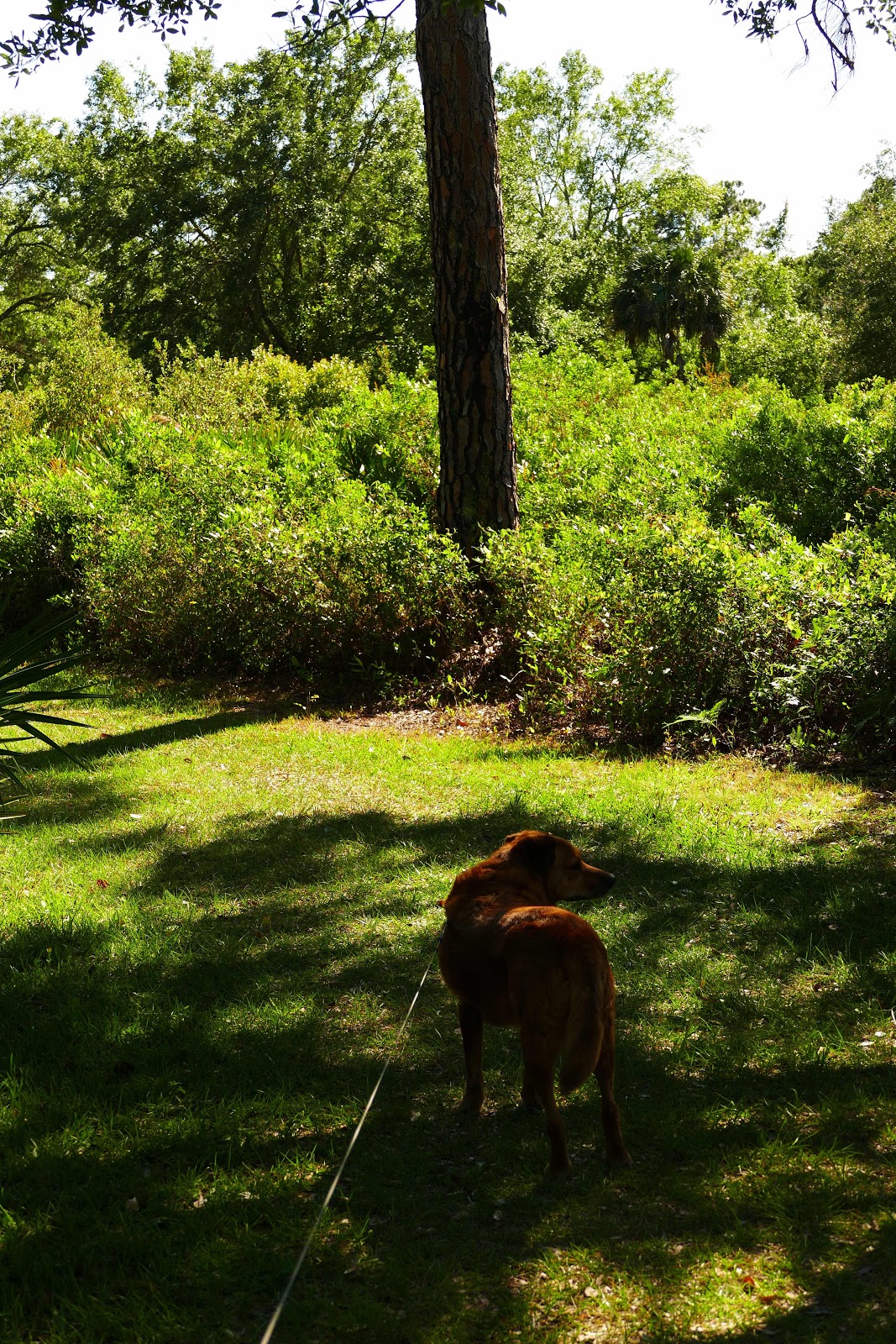 This though is not bear country, more like a country park. 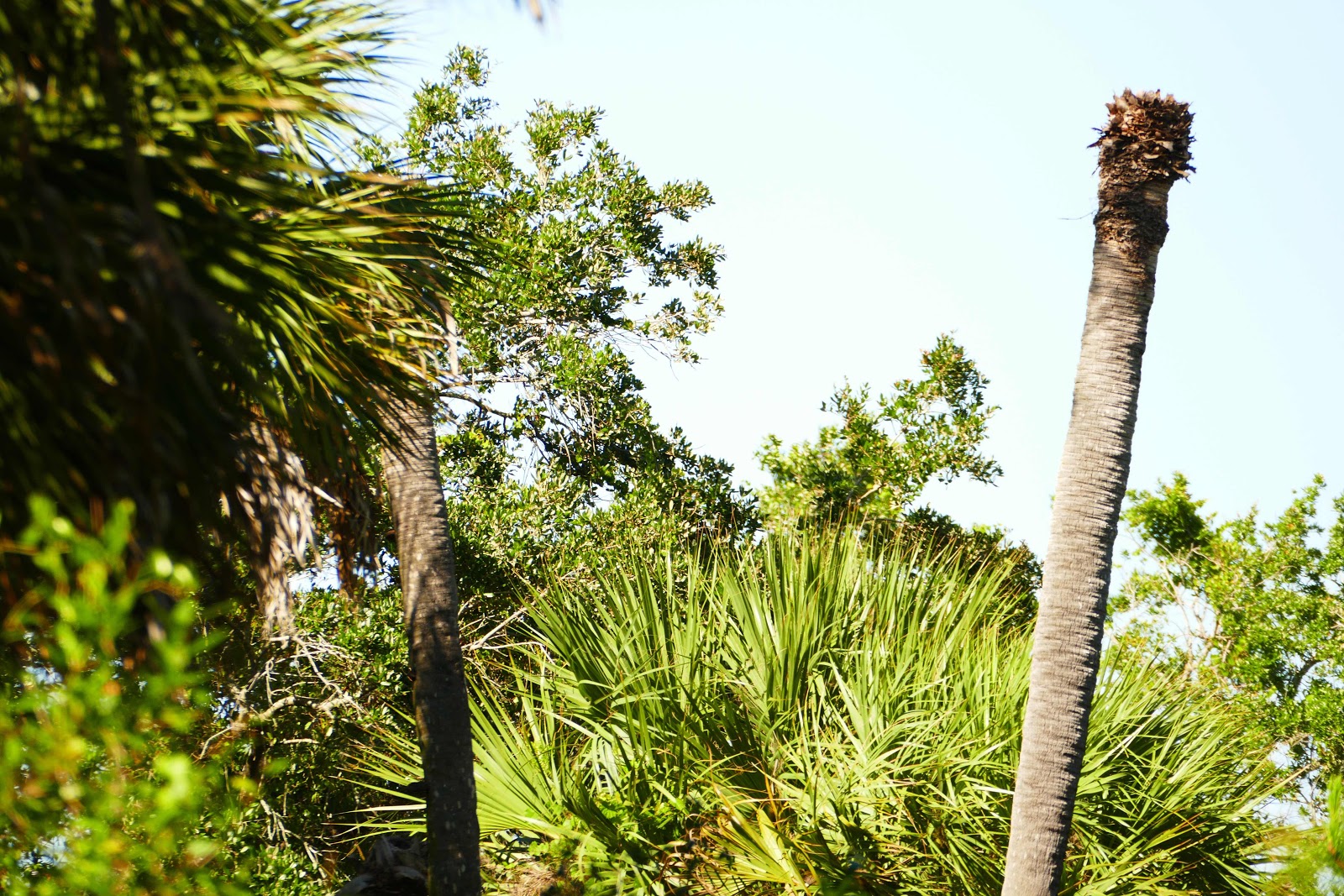 And very nice too. 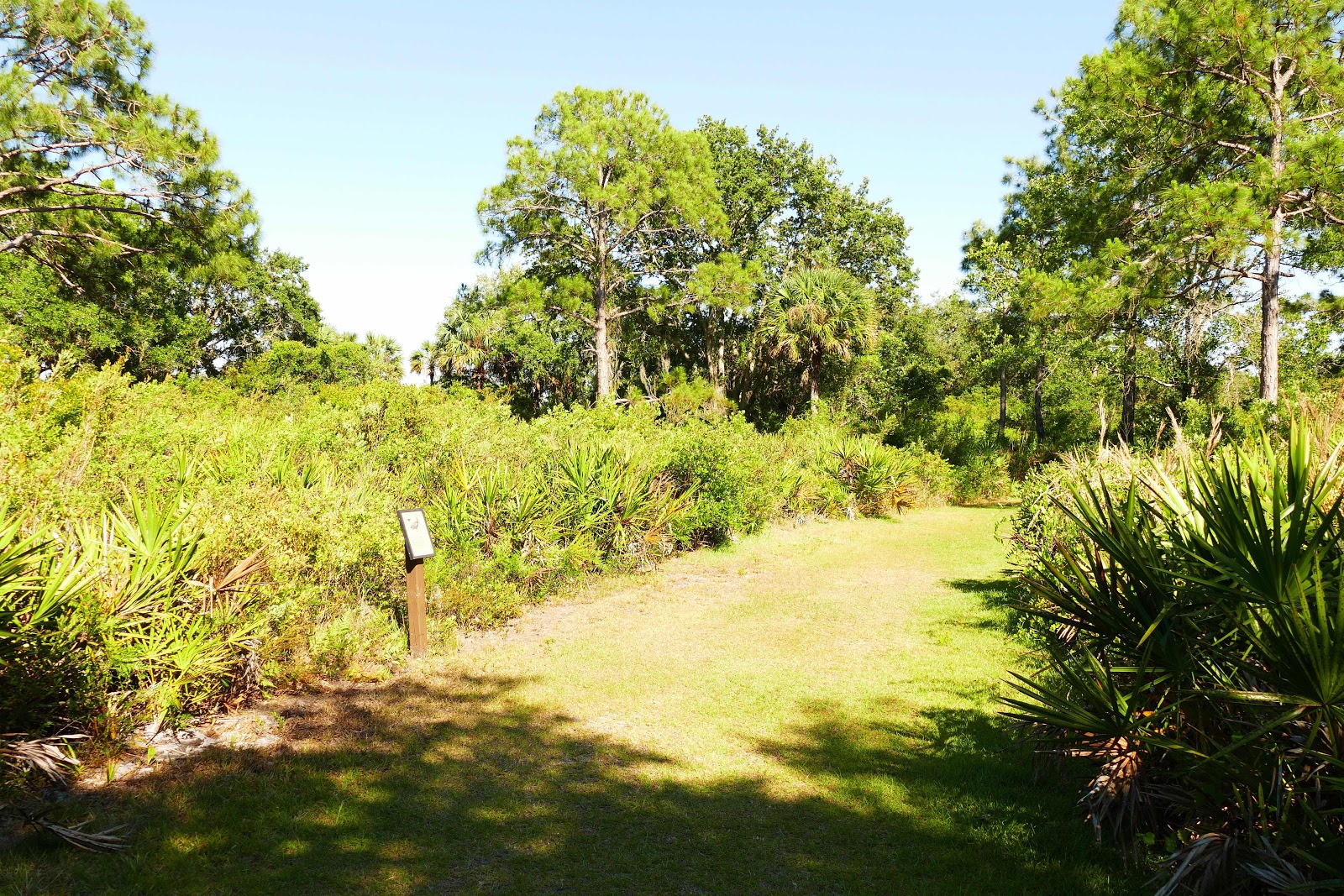 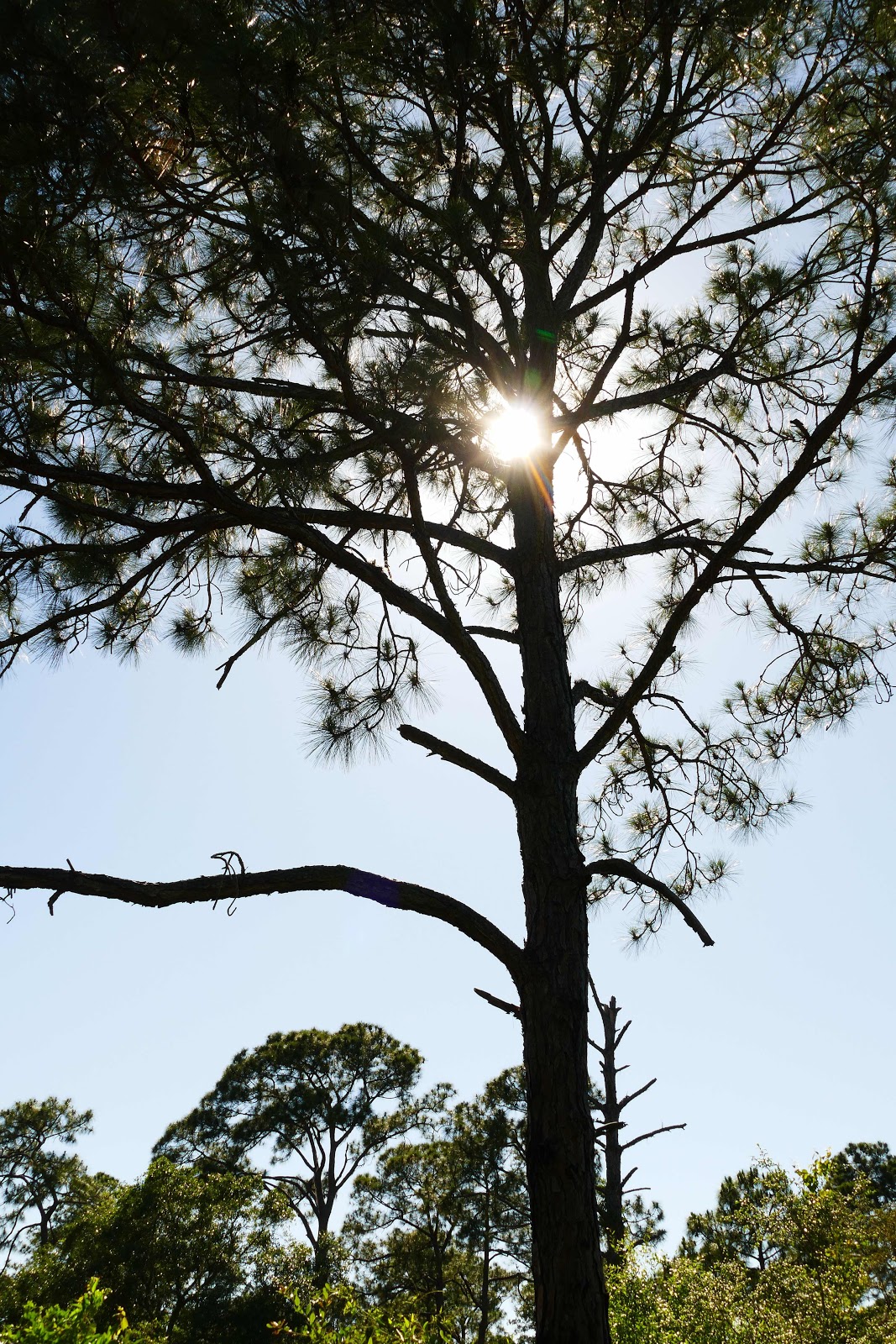 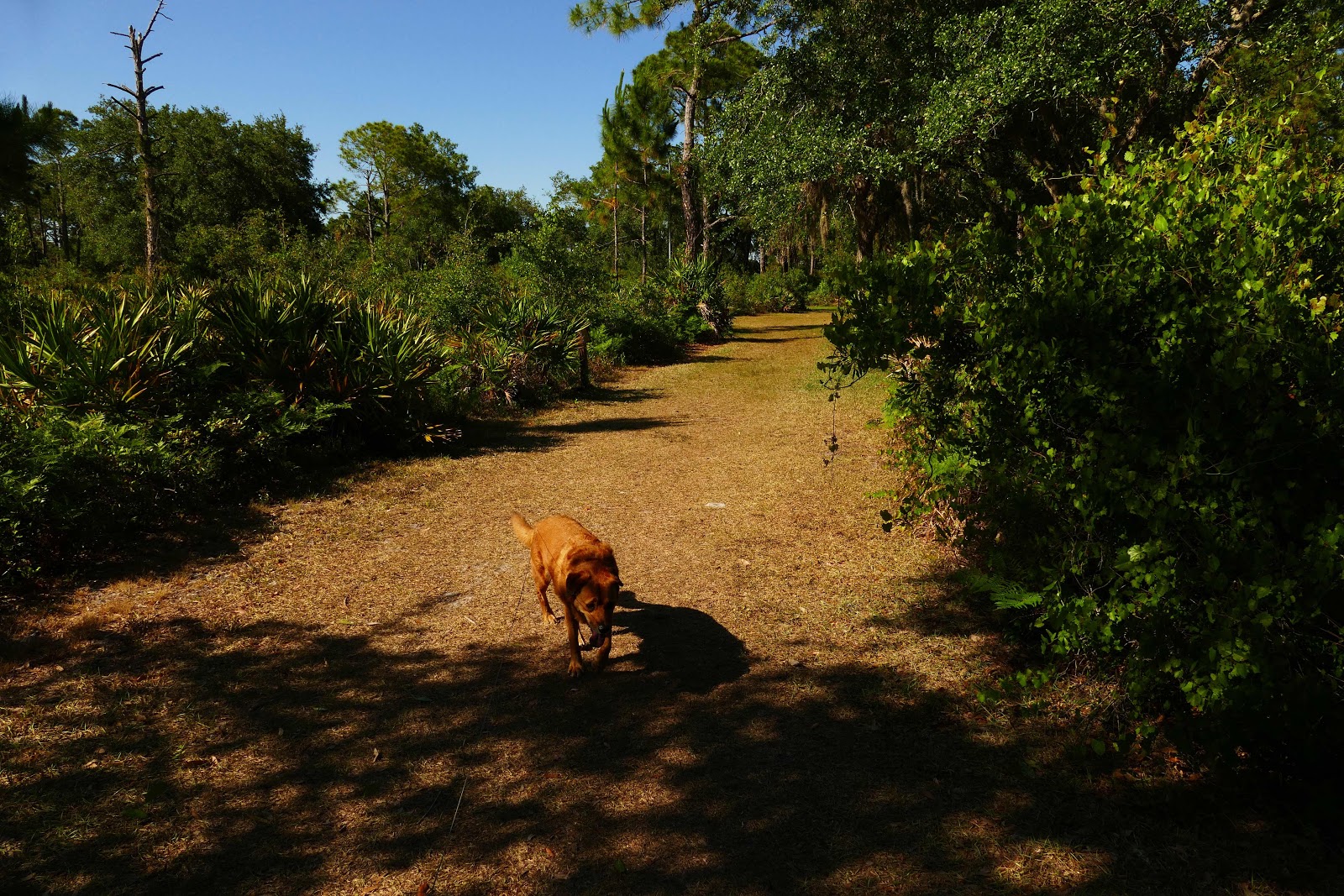 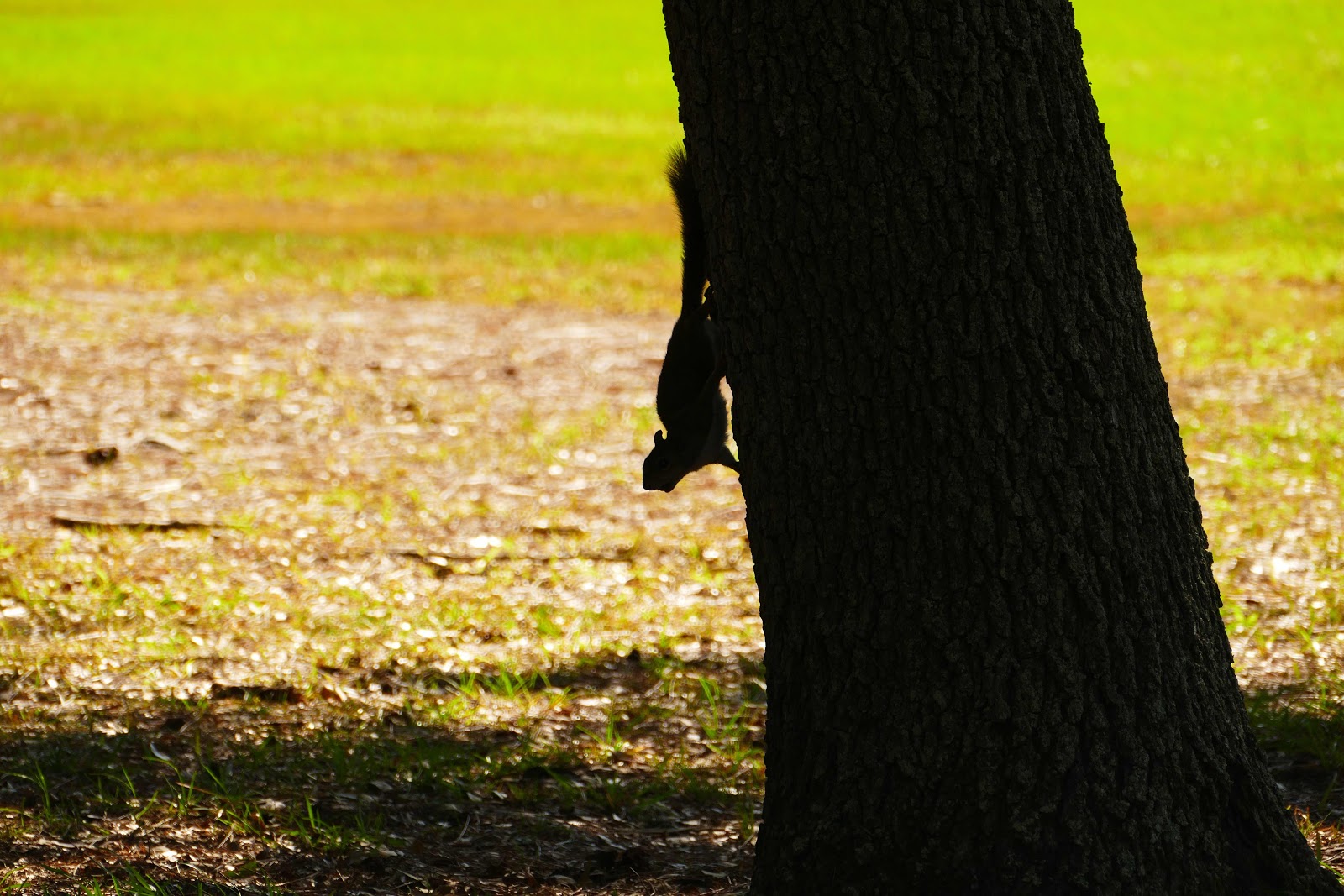 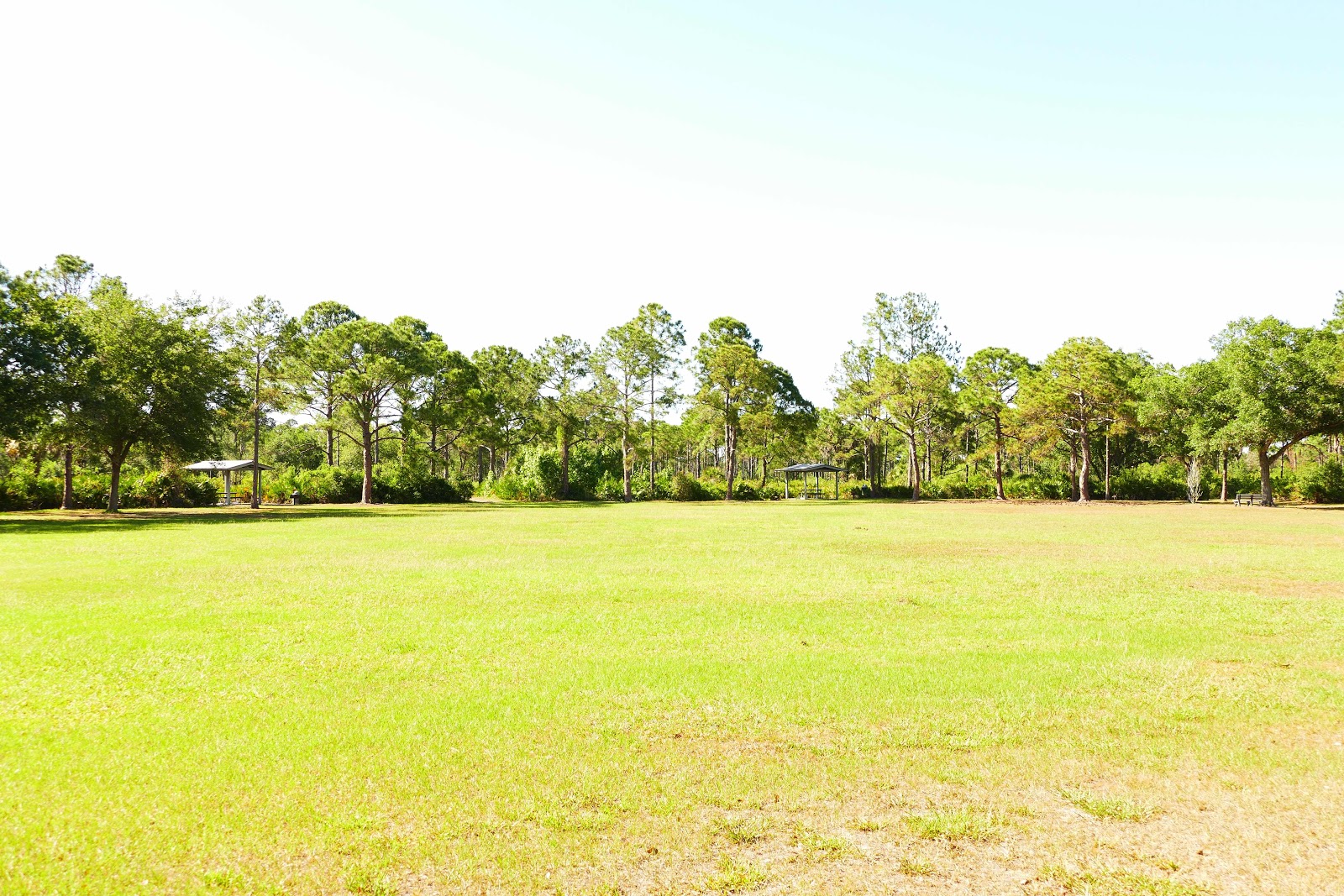 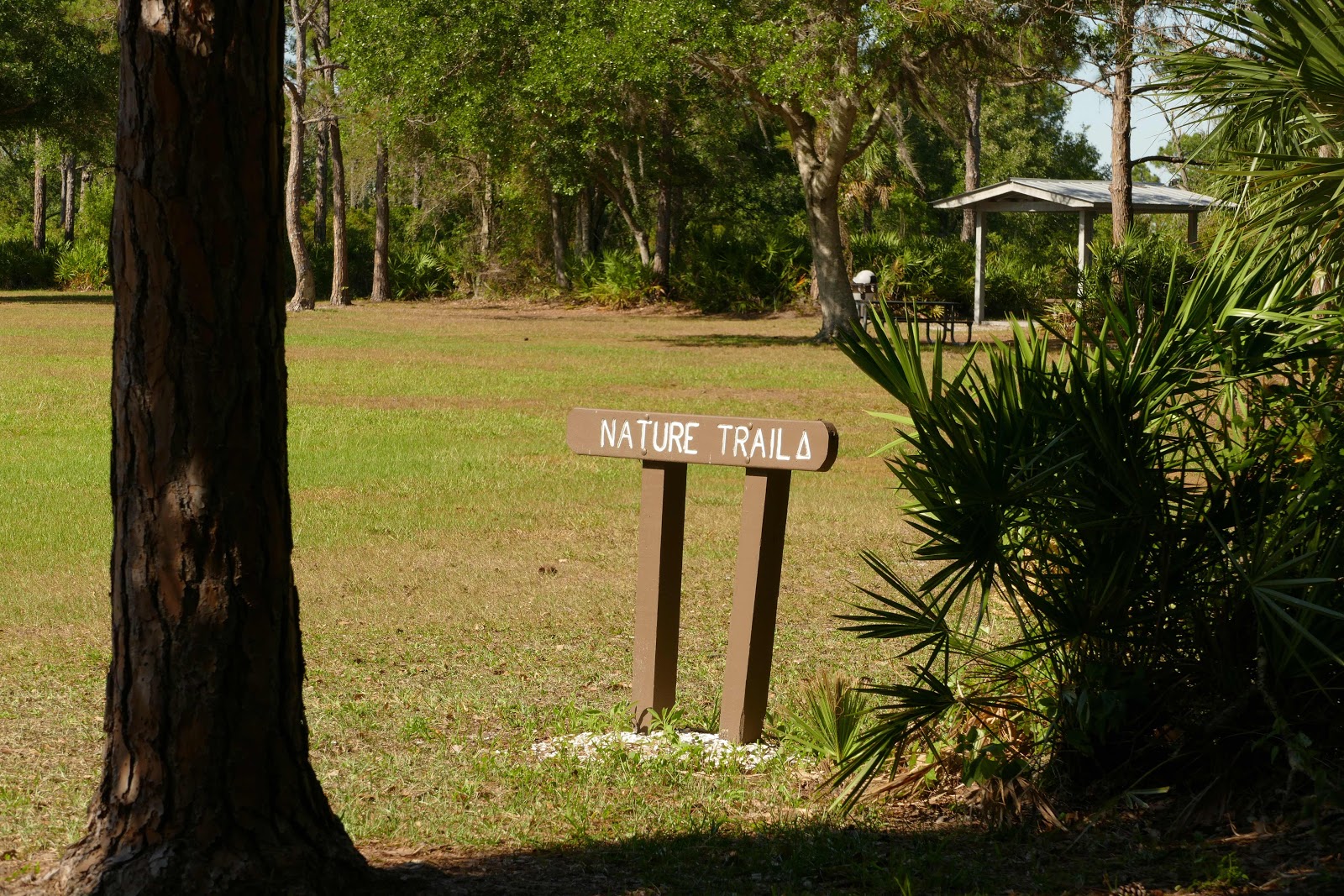 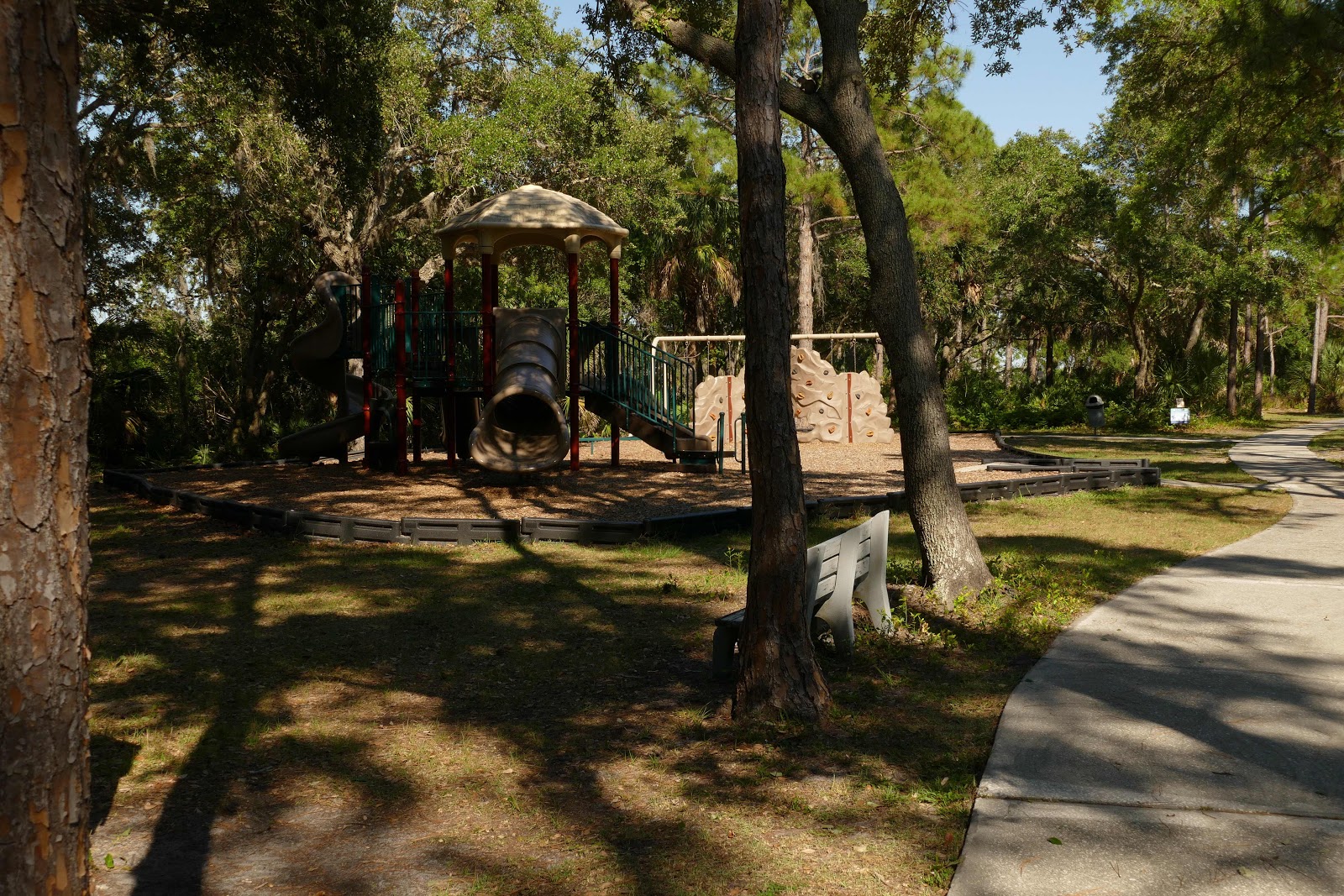 We walked at random, following the trail as it led us and we got back to GANNET2 around 5:15pm trying to make the most of the sun being low in the sky while at the same time being out of the park before closing. 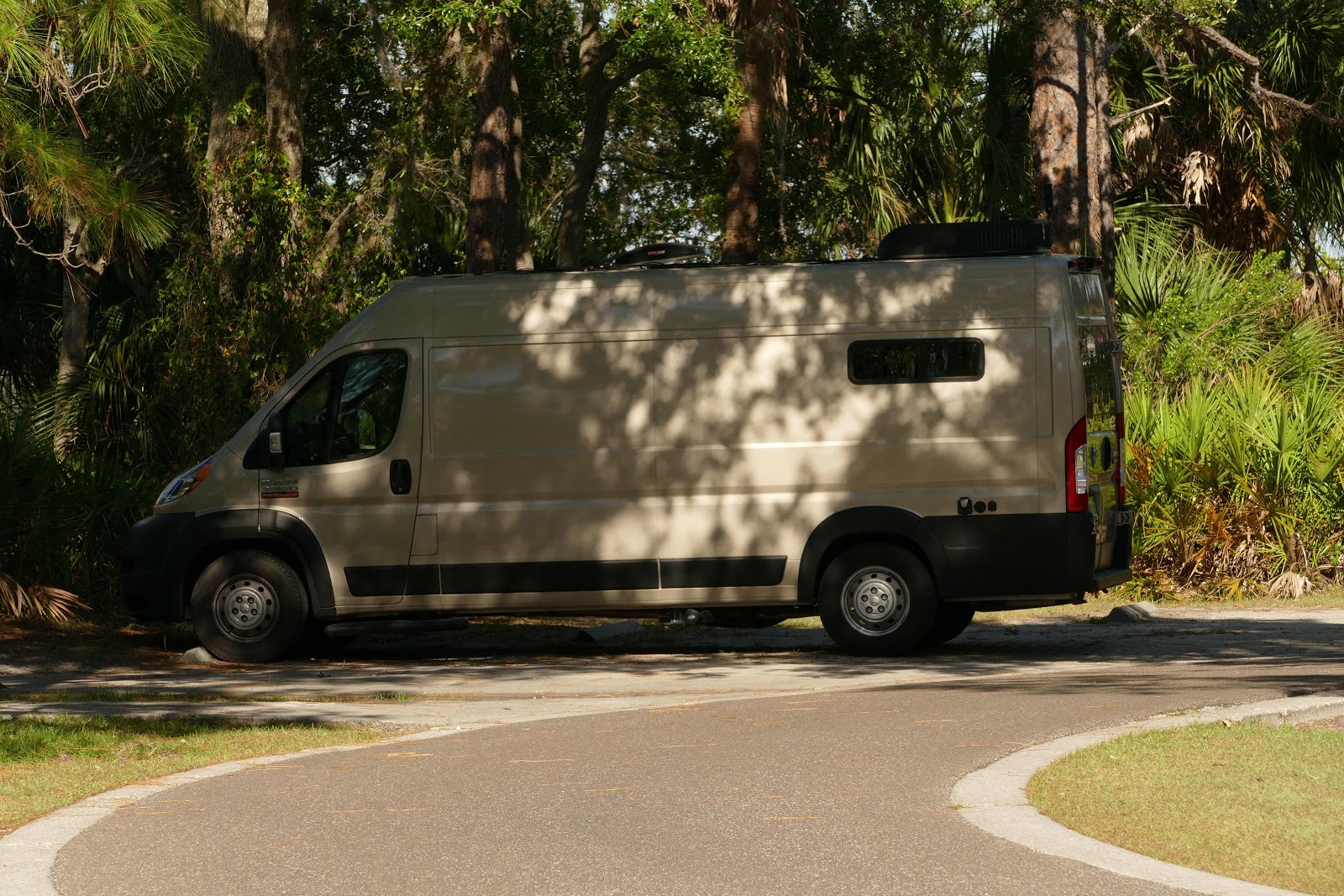 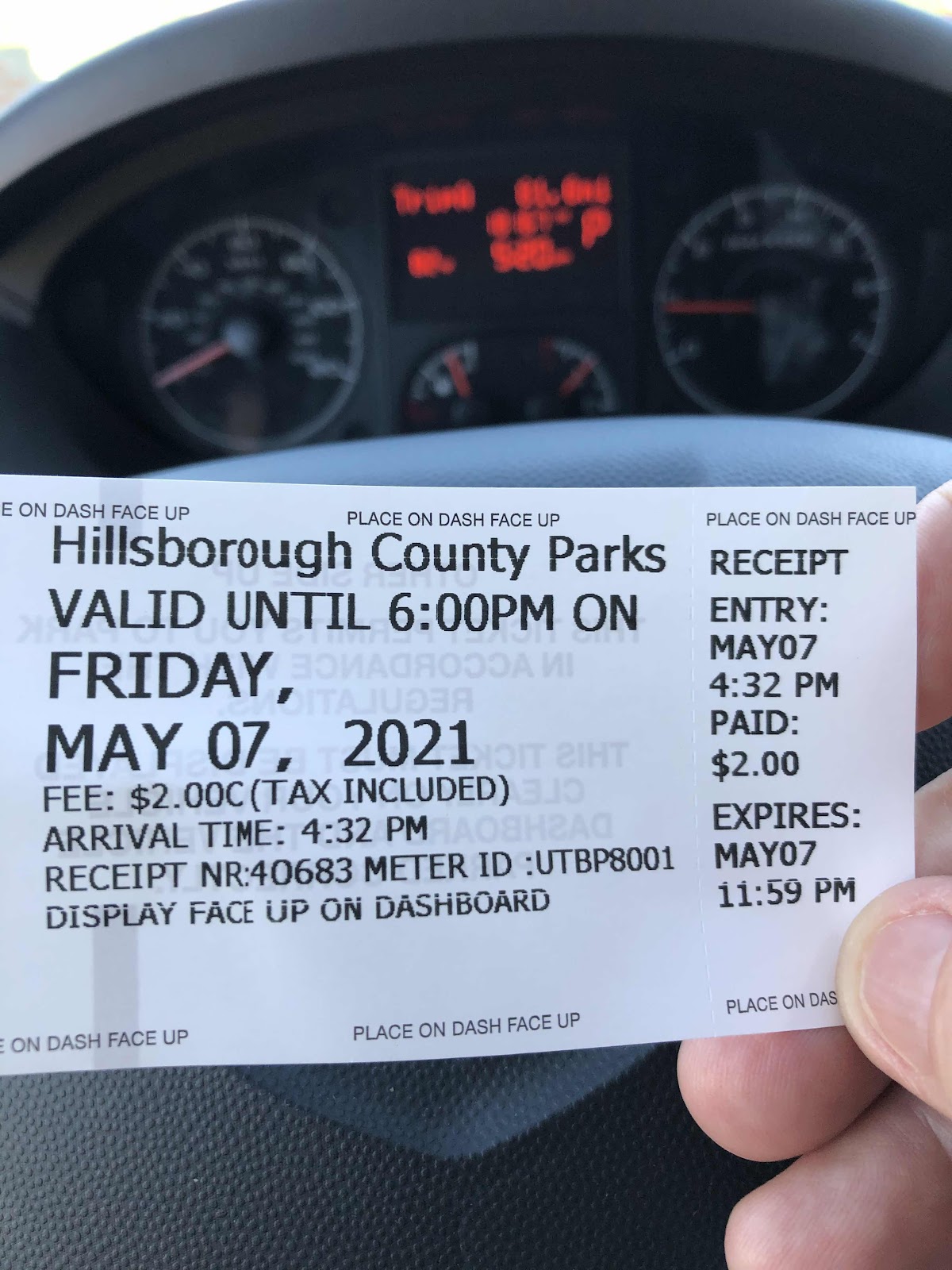 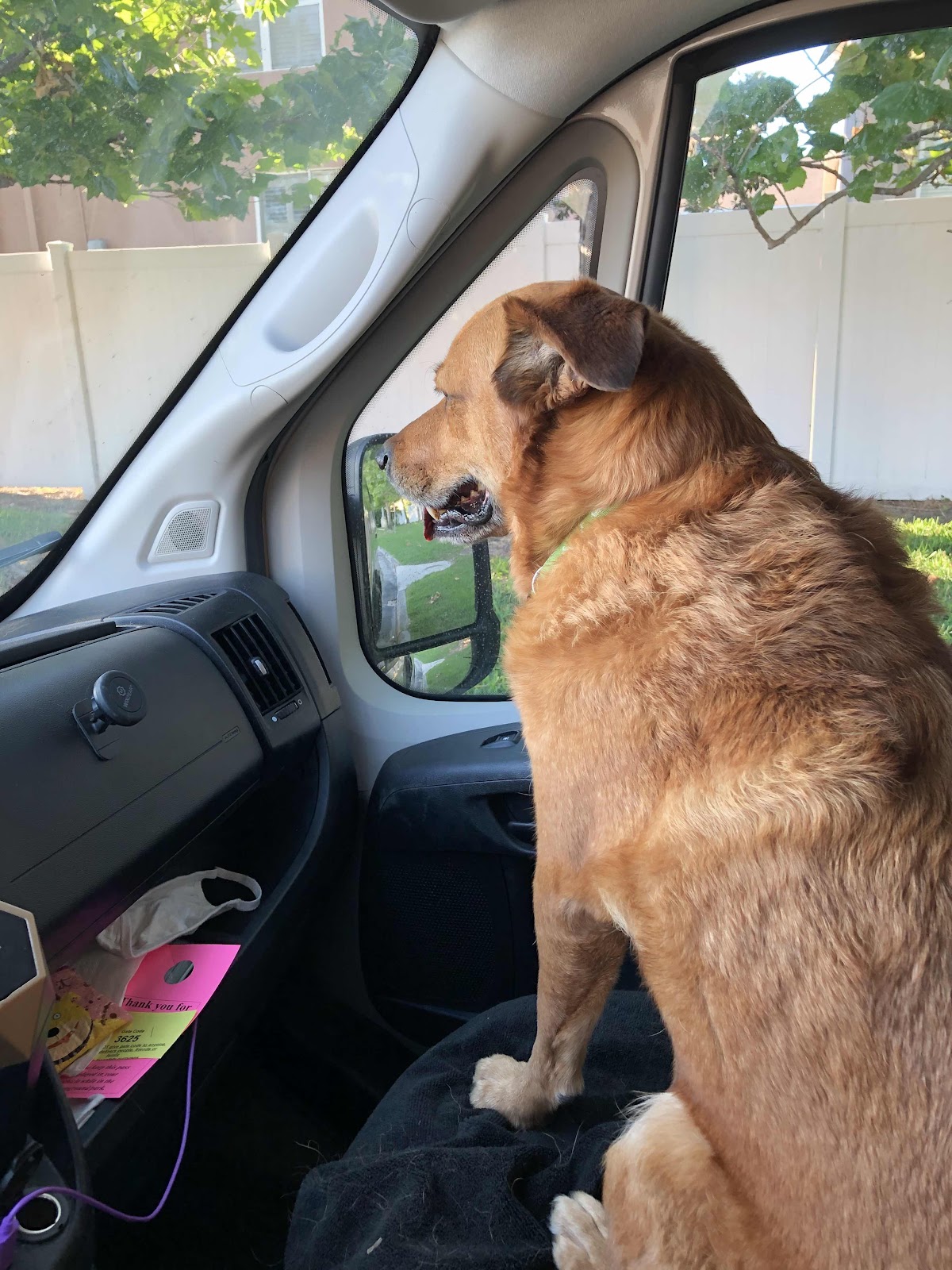 The nails were taking longer than expected, plus Herself had a trip to Lowe's planned to pick up some useful stuff with which to equip our home on wheels. Rusty likes to sit outside while we are stopped and watch the world go by.  Van Life for dogs! 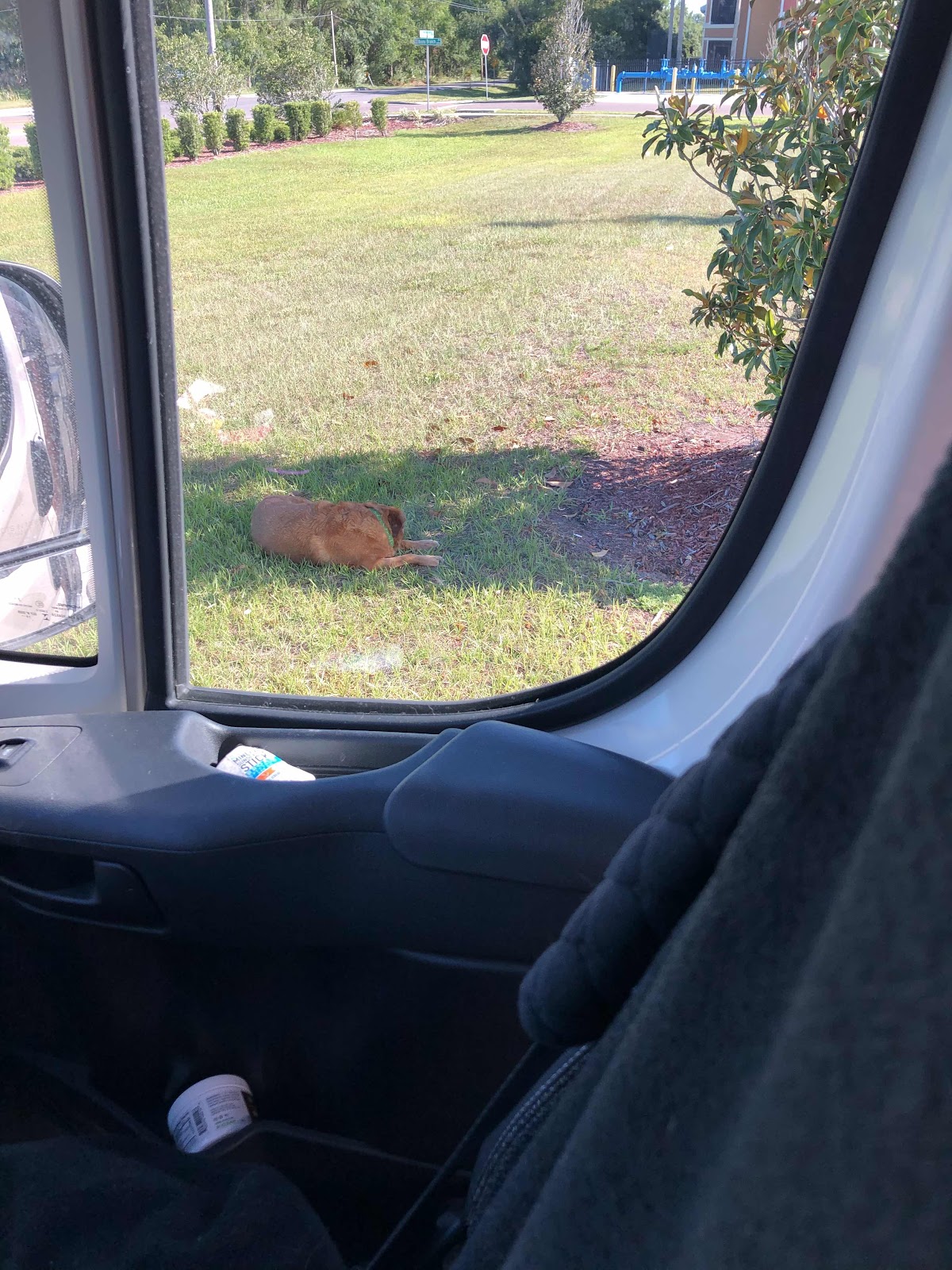