One should be resigned I suppose to the idea that heat records set around the planet will have their reverberations here and heat has been an issue. At first Spring came with lots of cooling breezes and I much enjoyed that. Oppressive heat followed so a shady passageway off Southard Street has it's uses: 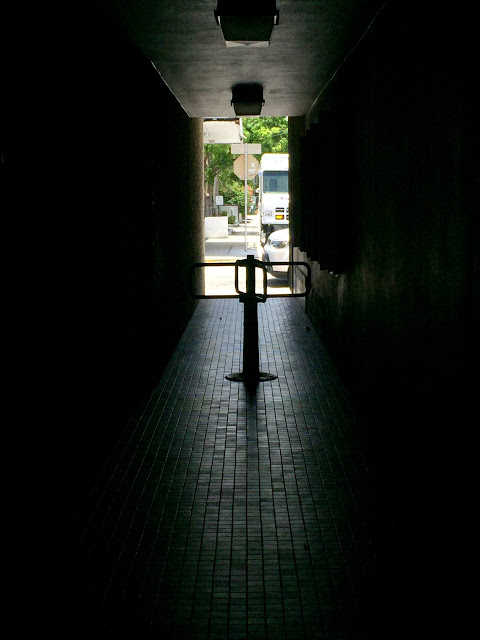 Summer also brings occasional, sudden and thus unexpected showers. On the mainland rain seems to follow a more repetitive pattern where in the Keys clouds form at random, it rains, sun comes back out: 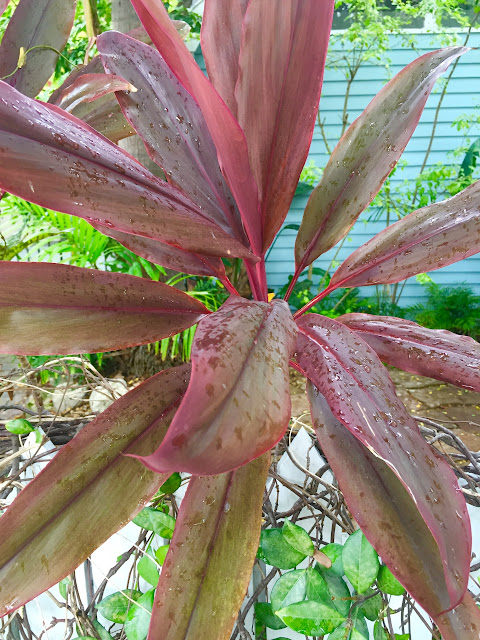 Many residentially challenged leave in the summer, just as snowbirds with housing leave but some hardcore year round bums put up with the sudden rain and the mosquitoes and the humidity. 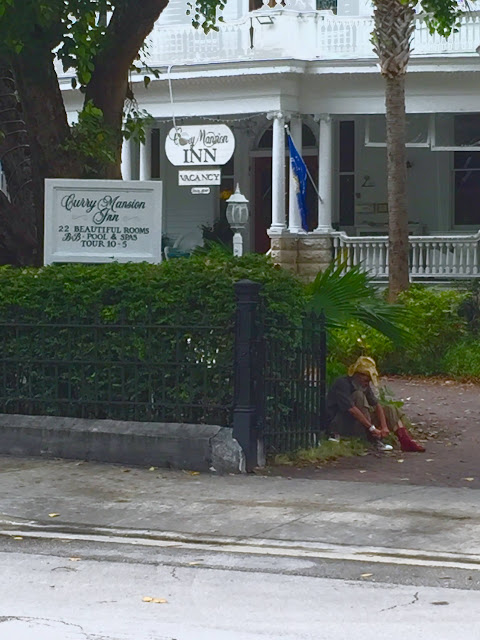 Rusty does pretty well in the heat. Note also the famous Coral Gables book store has put in an appearance back where Voltaire Books used to be so we now have two independent book stores. 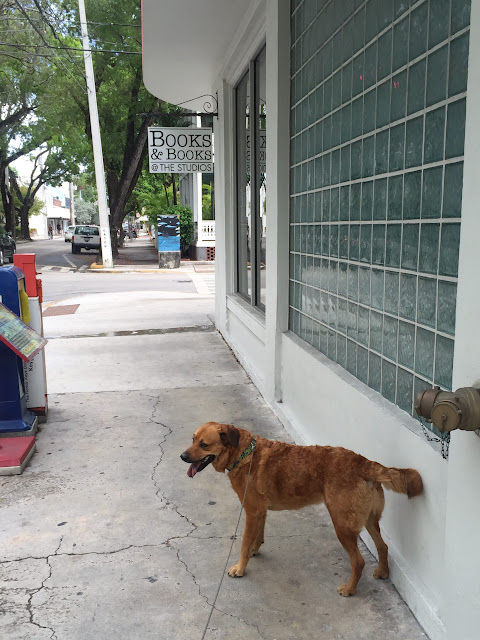 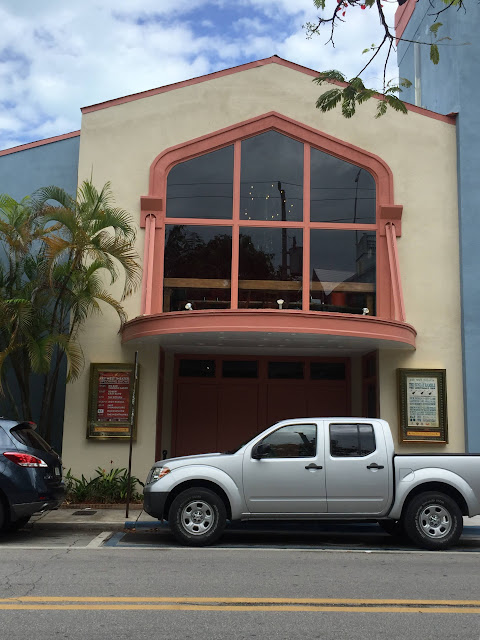 I heard loud thudding muzak and this scooter hove into view with a boom box on the floorboards and a cell phone in the rider's hand. A disaster waiting to happen. Happily as he's riding a  scooter and not a tank the problem will be all his. If I ride like that I'd have a wreck in five minutes knowing my luck. So I'm the one in helmet gloves and a mesh jacket most days. 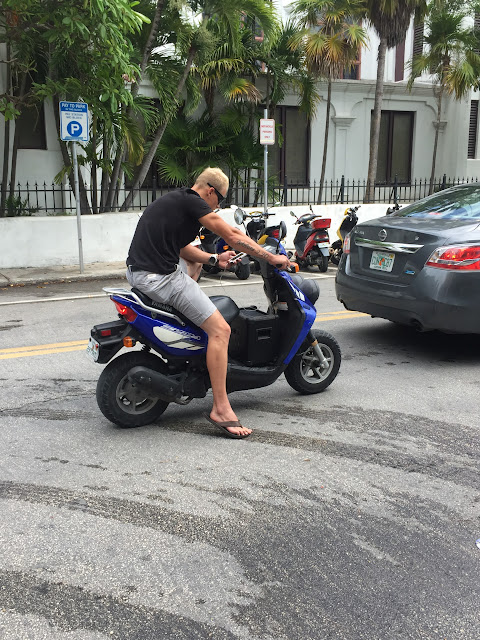 Do Not Disturb.  Nuff sed. 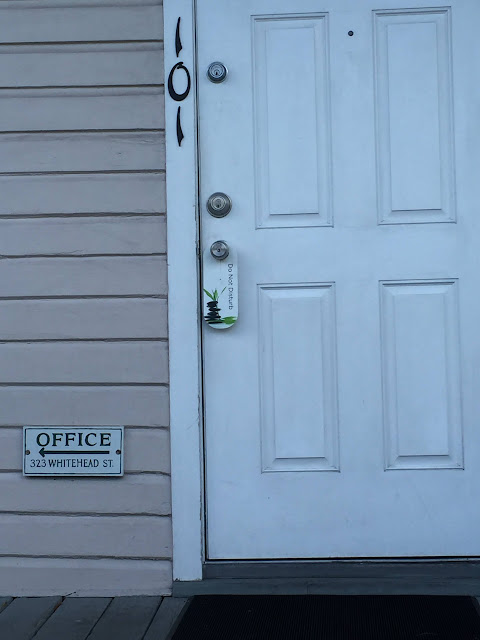 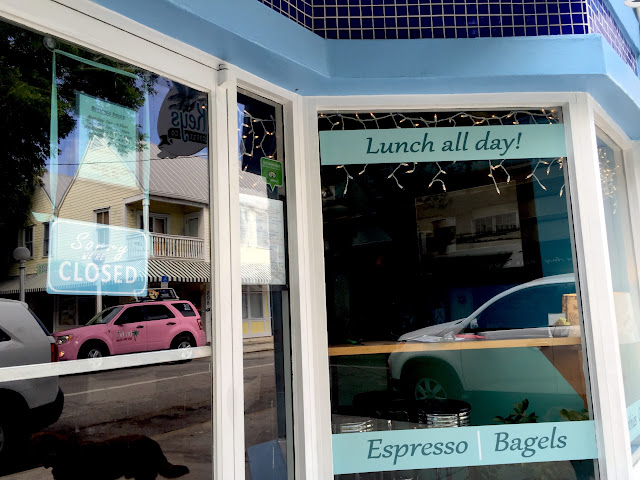 My good walking companion, my dog. 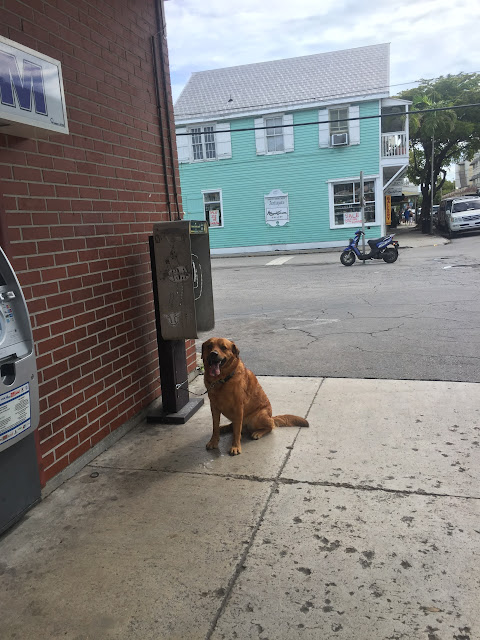