I can't get enough of the cemetery which is as  much for the living as the dead in this town.
Walking in off White Street it's as though it as an extension of the world outside: 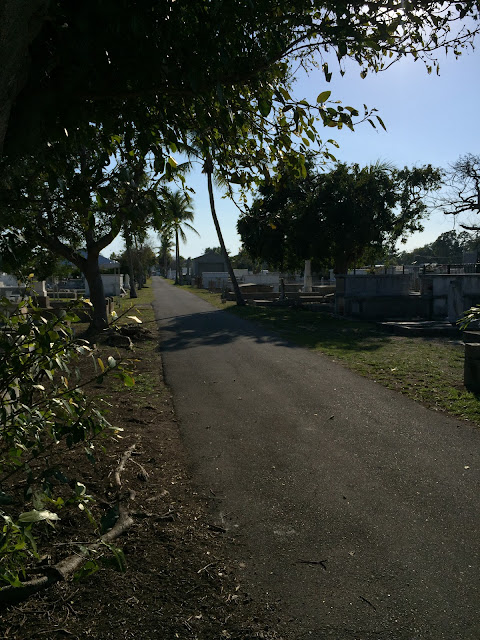 In a country dedicated to the proposition that death is for other people the idea of enjoying a cemetery touches Americans the wrong way. 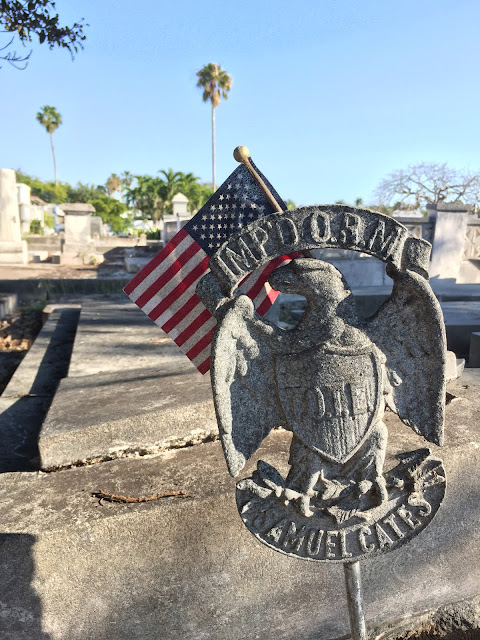 For Conchs, forced by a high water table to bury their families above ground the cemetery is a place composed of memories. 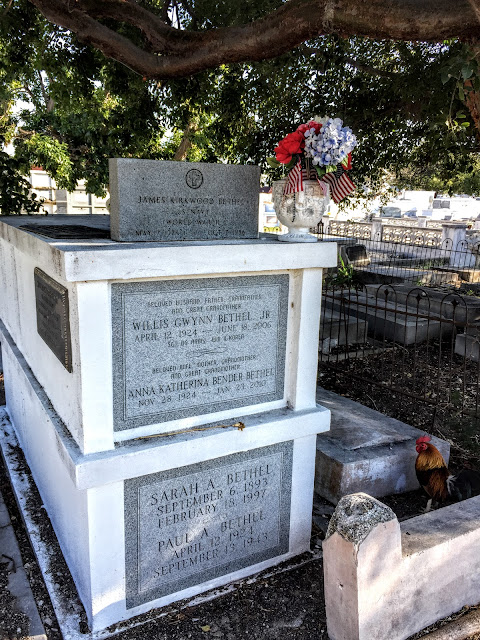 For historians it is the place where Key West, officially founded in 1828, is recorded, by birth and death. 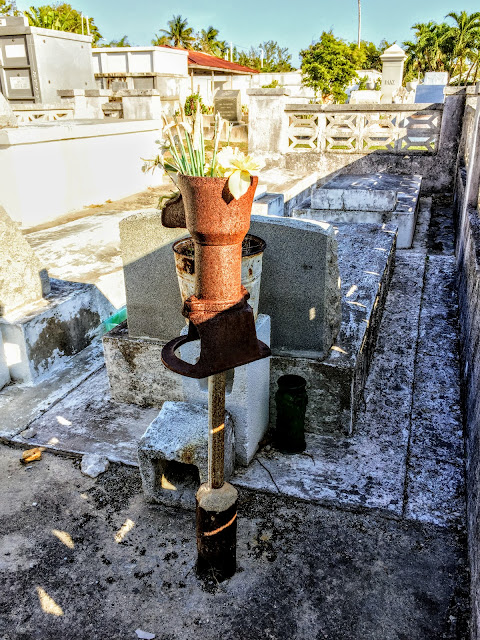 Some people complain the cemetery isn't kept up to their exacting standards, but these are the same people who complain about parking and speeding and noise and leaf blowers and trees (for trees or against trees as the mood takes them) and on and on. 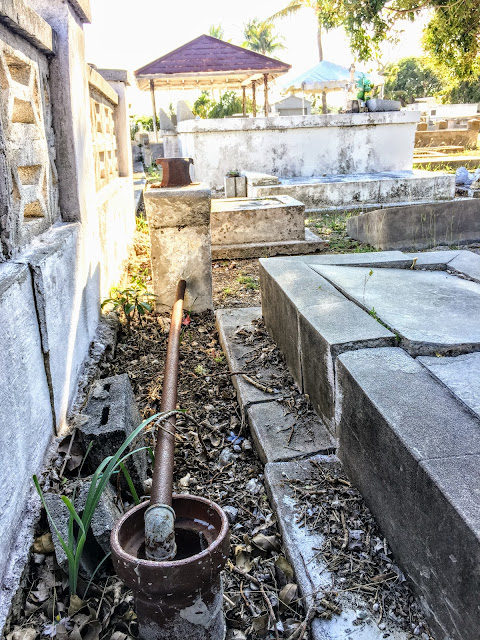 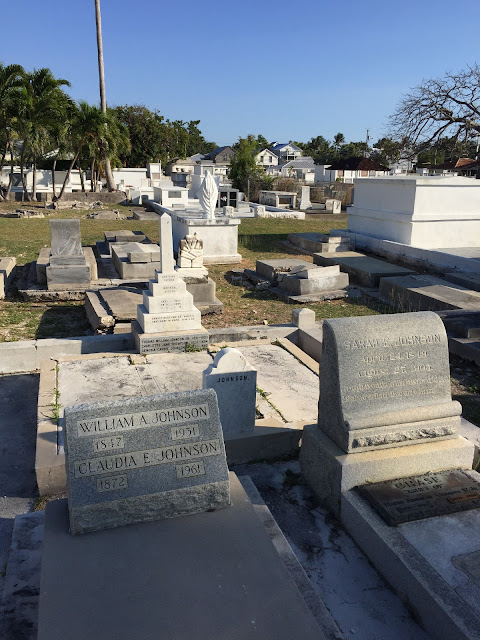 The cemetery is a park, a place to rest and commune with the dead and their history. 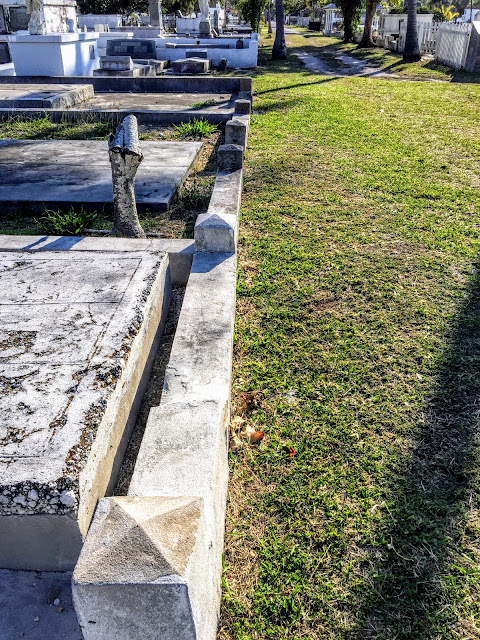 Tourists get trapped in here from time to time as the gates are locked at dark. 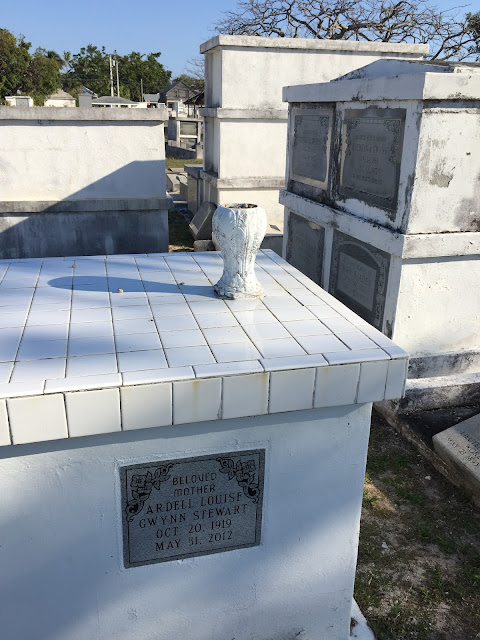 You can drive into the cemetery and ride a bicycle but motorcycles and scooters are banned thanks to persistent bad behavior. I rode my Vespa one last time in the cemetery the day before the ban came into effect probably 10 years  ago now. Unfortunately the cemetery can be a useful short cut and scooter riders were speeding on a mission to save time. A bit ironic in a cemetery. 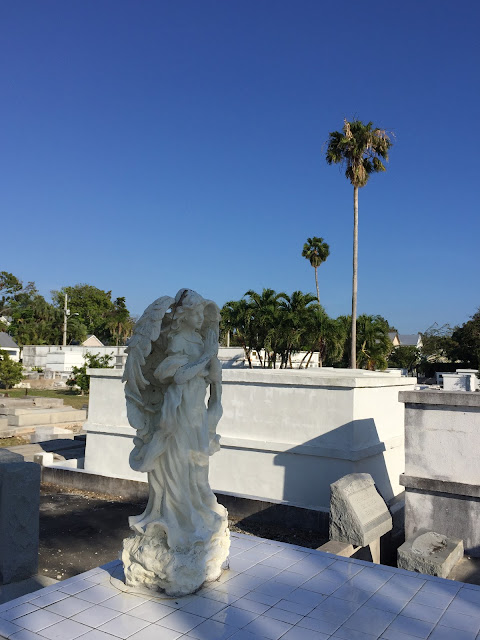 A canopy standing by for the next resident to arrive: 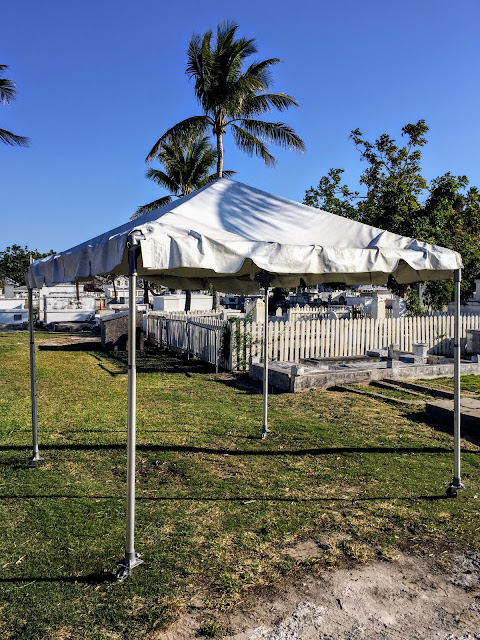 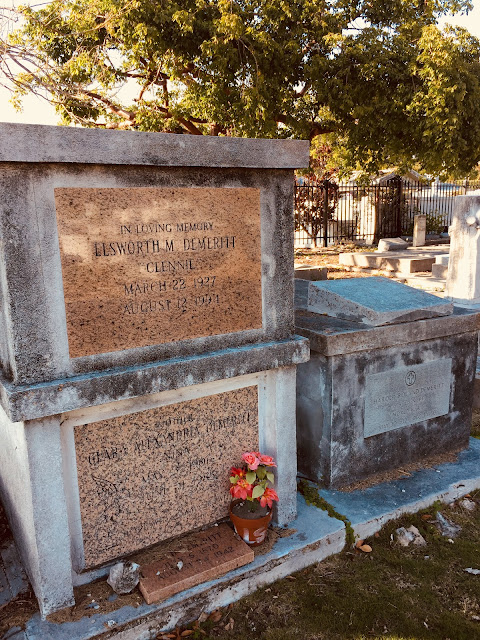 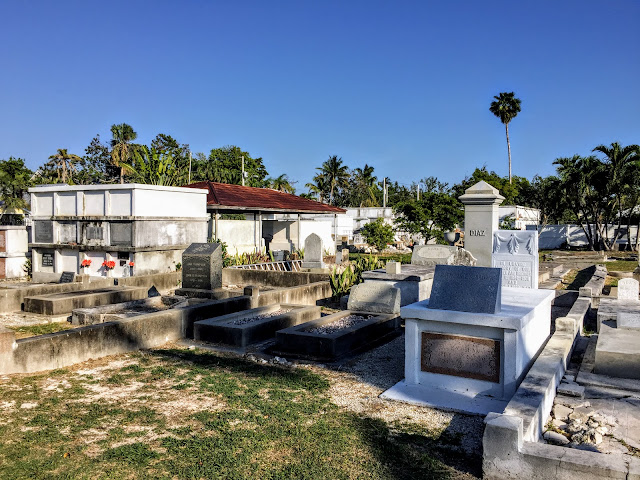 Joseph Cullen Root originally founded the first group, Modern Woodmen of America (MWA), because he wanted to create a fraternal benefit society that would "bind in one association the Jew and the Gentile, the Catholic and the Protestant, the agnostic and the atheist."  While he succeeded with MWA being that type of organization, heated arguments resulted in Root and another man being evicted from the society. 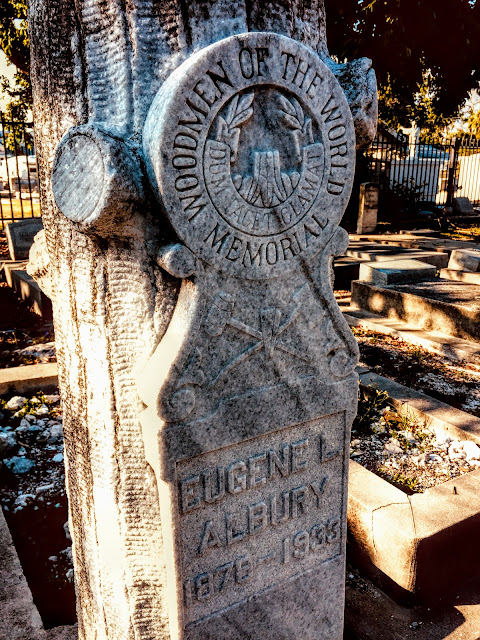 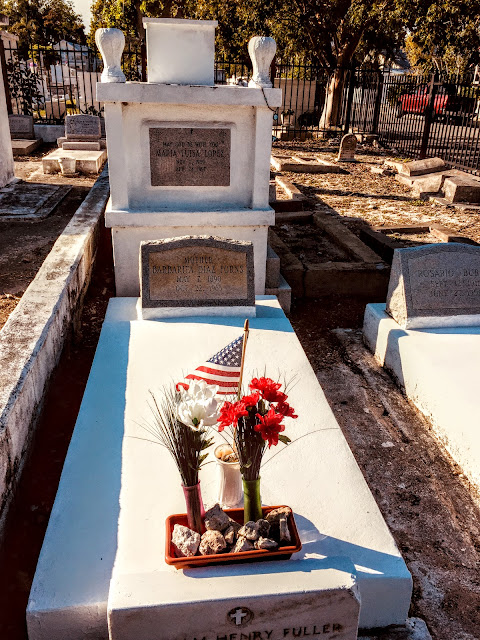 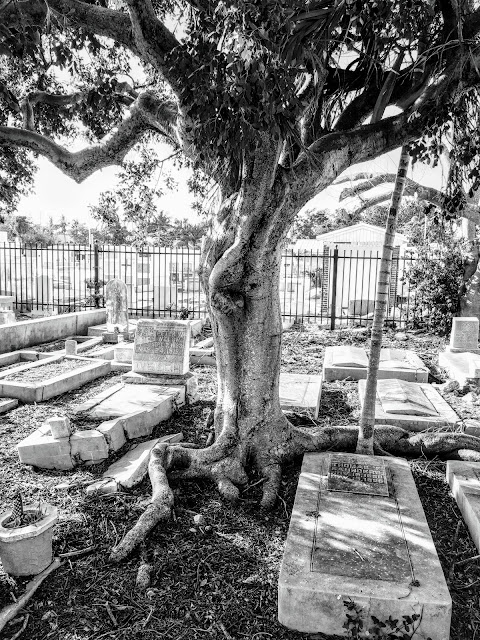 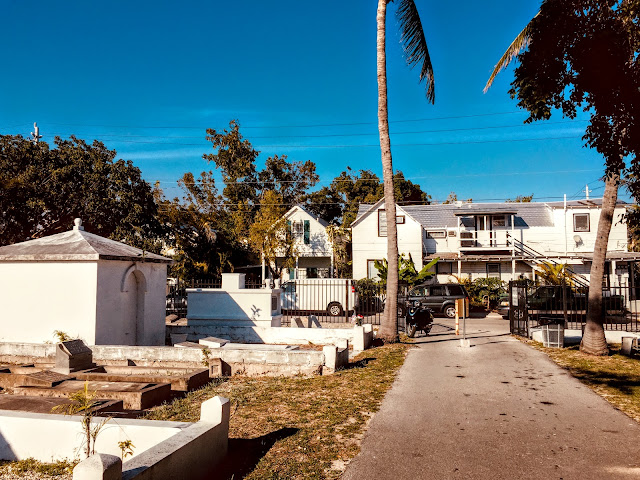