I've stared at this picture quite a bit. I know exactly what this picture looks like in color. But here it is in monochrome, black and white as we ordinary mortals say, and the old wreck of a bat tower looks like anything but a long since abandoned home for mosquito-eating bats. It could be a rocket or some industrial smoke stack spewing misty white poisonous gas. Or it could be a wooden tower built as a bat home almost a hundred years ago. 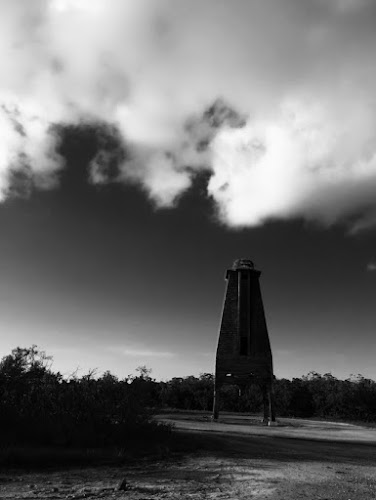 I love these clouds that are starting to creep up over the Keys. They aren't poisonous gas at all. As they build in rainy season, the summer, they get thick and heavy and dark and threatening. They create drama in our little island world. They burst open and drop tons of cold gray water all over us. 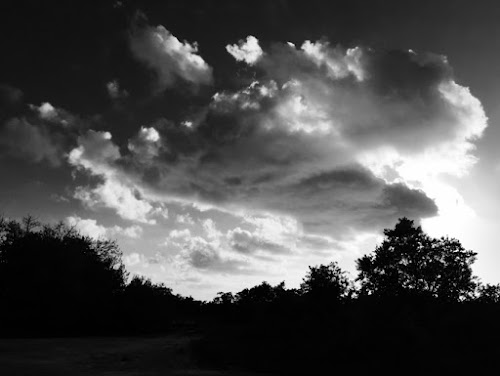 Taking that sense of forboding to ground level I saw an abandoned U-Haul van at the top of a slope. Bear in mind that this being the Keys the slope was not steep and the top of the slope might have been maybe eight feet above sea level, to be generous. I squatted and tried zooming to get the claustrophobic effect I was looking for, but as that didn't work I pulled the picture back and with the help of the monochrome I got the tunnel effect I wanted. 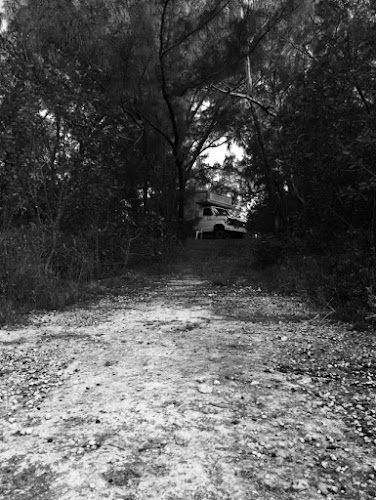 Turning back to the tower the dried mud, made moist by rain or a high high tide especially in summer, caught my eye. This stuff is typical of the Lower Keys, clay-like it dries to a crust with nasty looking scabs of dried mud floating on the surface. In monochrome it looks lunar, and I left the landings of the rocket ship in the background to give it perspective. 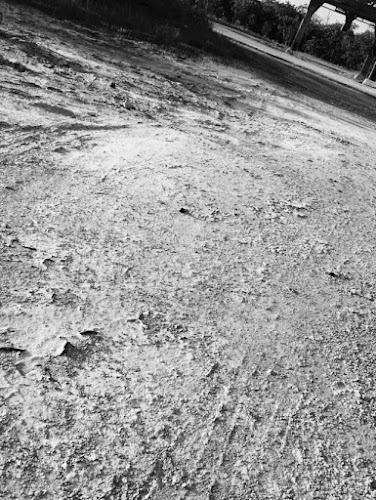 One reason I have resisted the iPhone for so long has been the tinting of pictures that comes out of so many cameras. It's so popular it looks like a default setting to me. I tried it here as a transition from the colorless pictures above to the full color pictures below. Besides the washed out look fits with the sense of decay I found in the black white pictures that precede it. To use this filter on sunny holiday snaps seems odd to me but I see it all the time. 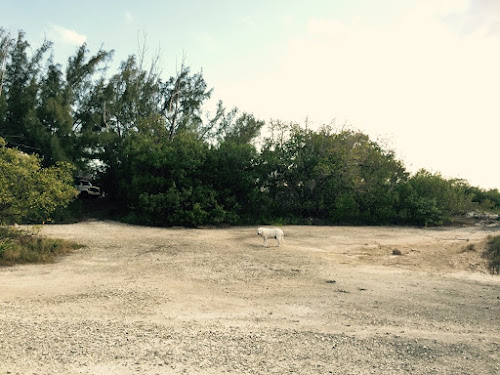 Cheyenne starring in her own movie-again. Perhaps this time it's an Ingmar Bergman... Slow, laconic and in black and white. 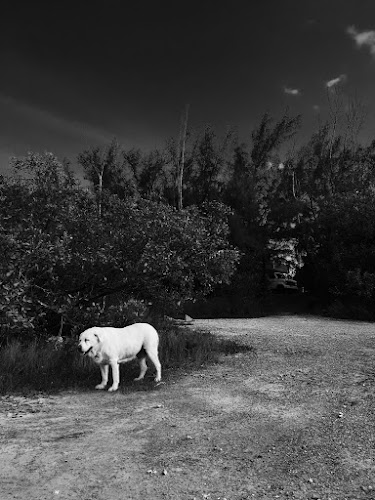 These are the real life pictures I also took on my Labrador's walk. 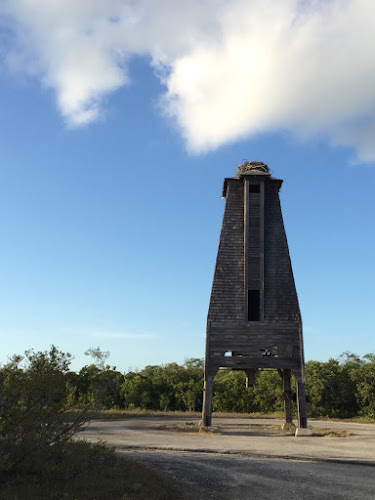 I have visited the lace from time to time so there are other posts in my blog about its history. (Link). 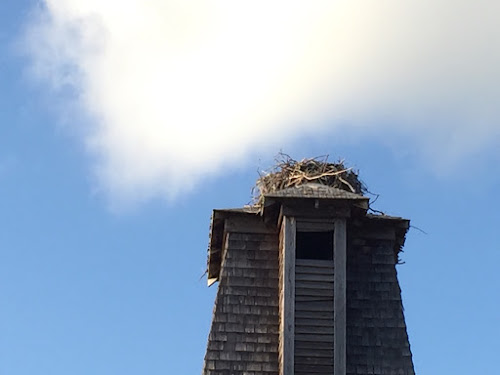 The osprey nest on top is of course getting bigger, while the wood below gets more and more decrepit. 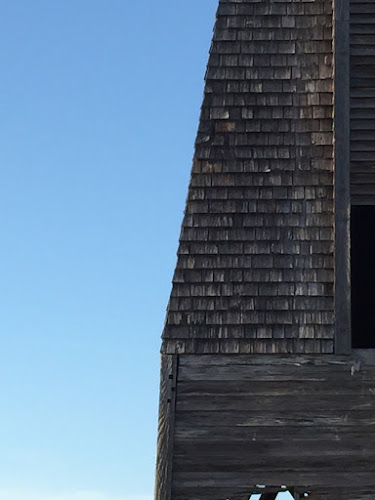 There is still no sign this thing exists as you travel the Overseas Highway. Just look for the sky diving sign west of Sugarloaf Lodge. 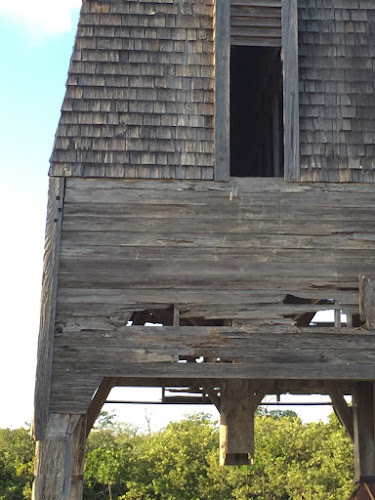 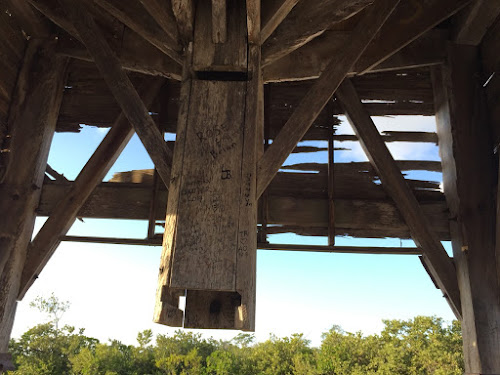 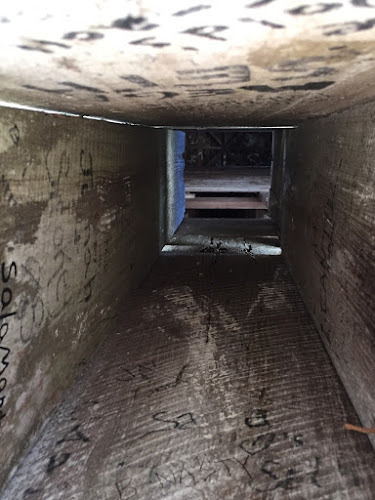 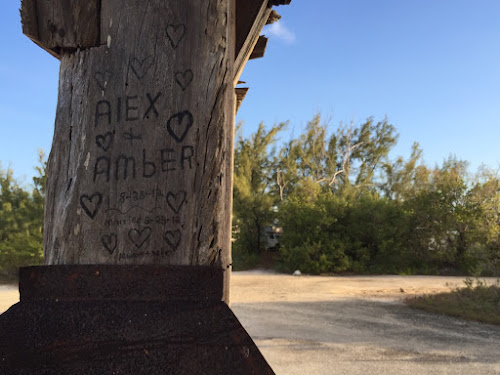 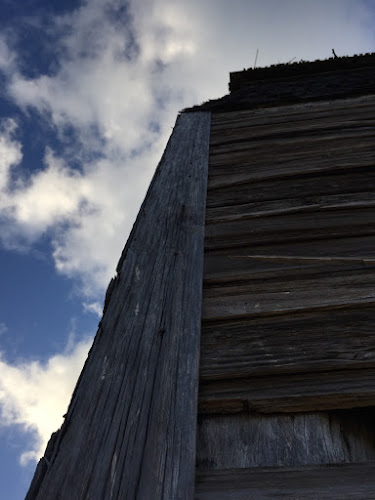 Time is slowly running out for this unloved home for bats.