We had a Sunday morning to ourselves, my wife and I, and because she can't sit still when there is anything worth exploring close by, we took off on foot to check out Terni.

In a land filled with amazing hill top villages, and churches and medieval history at their backs Terni stands out as the modern city with no visible tourist attractions. It is the capital of the second smallest province in Italy, Isernia in the region of Molise is the smallest, and Terni has no visible value as an attraction. This apartment wall by the way is covered with solar panels. Do not expect to see such forward thinking any time soon in the Florida Keys, land of perpetual sunshine.

Terni's claim to fame is the Thyssen Krupps steel plant which with 3,000 workers is said to produce some of the best steel in the world. The Germans now want to sell the plant throwing the city and it's identity into crisis...the steel plant was the target of heavy Allied bombing in World War Two which let the city rebuild in a particularly uninteresting style after the war, but small areas of Old Town have survived.

Terni has a long history as the Roman city of Interamna, between the rivers, as shown on this map in the Vatican museum from the 15th century.

These days it has a population of 120,000 and is an industrious hive of activity, a provincial backwater the big city of my childhood.

My childhood friend Giovanni has lived and worked here all his adult life, 35 years as a cardiologist in the main local hospital. He grew up here went to school and university here. He is Terni, and he is fond of his home town for all that he is aware of it's social limitations. Terni is a city at the center of a lot of interesting stuff- Rome is an hour away, the Mediterranean too, the mountains are all around and skiing is nearby in winter. The roads are tortuous is some places close by, a motorcyclist's delight, the food is good of course and summers are hot especially in the industrial basin that is the unfortunate location of this industrial beehive.

Aside from steel, and the Beretta small arms factory Terni's greatest claim to fame is the fact that St Valentine was the bishop here when he married a Roman soldier to a Christian girl and was martyred for his heresy, or so the legend goes, and thus we have our world wide celebration of lovers. It is a legend the city has been totally unable to exploit, for tourism or any other money making purpose.

It might be because Terni, though situated in Umbria whose slogan is "'Italy's Green Heart" for it's mountains and woods, is actually a haven of the Socialist Party in Italy as red as any heart you might meet!

The red flags were out in front of the Prefecture, the seat of the representative of the central Government when news of the new austerity plan was announced. Pensions are being scaled back, retirement looks further away than ever for most workers, taxes are going up, fees are increasing, medical co-pays are going up and people are starting to see a future of less for everyone.

The fact is that in Italy unlike the US the political parties came together, held their noses and voted for a piece of legislation that none of them much liked. The Chamber of Commerce was dead set against increased taxes and employee contributions, the politicians all had something bad to say but over their shoulders they see Greece being purchased by Germany,Portugal is going down next o Spain an Ireland is all but bankrupt. Italians know that if Italy, the seven largest economy in the word fails the global economy fails. Italians have a touching faith in the European Union and the United States which itself seems he'll bent on a course of voluntary bankruptcy as I write...

(We Need The Left- Vote Communist. Which is the nostalgia wing of the left with few voters and no influence).
In talking about Italy's future Giancarlo, on a break in our motorcycle ride pointed out that one third of Italy's economy is "under the table" in a murky world of no rects and no taxes and no reporting which he thinks may make Italy more resilient than mainstream economists might think.

Italians themselves may be more resilient than one thinks. Giorgio Napolitano, the leftist President told the people that this austerity program is just the beginning of a national belt tightening. That may not have gone over well, local governments are protesting and refusing to implement the changes which are supposed to start immediately, but compared to our wavering Hamlet of a President, Italy's is demonstrating leadership at a bad moment in the country's history.

Greece for Italy has been an Awful Warning, and this country which seeks desperately to see Europe integrated knows that if it fails Europe fails. Italy's official economy is larger than those of Greece, Portugal, Spain and Ireland combined. If Italy goes bankrupt Europe falls apart.

In terms of daily life you have to wonder where the crisis actually is. Storefronts are closed here and there and renters aren't apparently on the horizon.

Yet the annual vacation remains a critical feature of summer life. Ten dollar gas is compensated for with super efficient cars diesel luxury cars and free health care. Traffic jams are as bad as ever and just because gas is expensive doesn't mean Italy is immobilized. Far from it.

Stefano who I've known for thirty years runs his own extermination company and he says business his bad. His sister runs the family bar but business is way down because the nearby cement factory recently closed...his brother had brain surgery which had they been in the US would have bankrupted them but Stefano is a hustler and he works days and nights keeping the business going. He's not optimistic about the future.

Massimo and Luca are middle aged fathers I grew up playing sling shot wars with and riding bicycles and stealing fruit together in the long hot summers of our childhood. They work, bald Massimo as a salesman and Luca as a city clerk in Rome. Weekends they're back in the countryside growing vegetables at their parents' houses, staying close to the land and taking inexpensive breaks from the stress of the city. This is how Italians learn to cope with 'la crisi' by staying close to their families, living mortgage free and putting up with lower expectations. I wonder how we will cope when we finally figure out things are not going to go back to normal in our lifetimes?

For all Italians the biggest issue is youth unemployment now measured around 60%, and on small peninsula with a population of 60 million and an aging population at that, it is a constant worry. Giovanni's son faces a bleak future and he is firmly at home at age 24. To be unmotivated in 2011 is a thing that gives an anxious father heartburn.

I have no idea what to make of this crisis, Italians fear envy ANC hate to admit they are doing well,so maybe the gloom is an expression of self defense. The cares are busy the streets are crowded and ridiculous fashions are everywhere in storefronts

Are you wealthy enough or stupid enough to pay eighty bucks for boots without toes? I know Italians are, so I ask myself what crisis? Beats me.

Posted by Conchscooter at 6:20 PM 9 comments: Links to this post 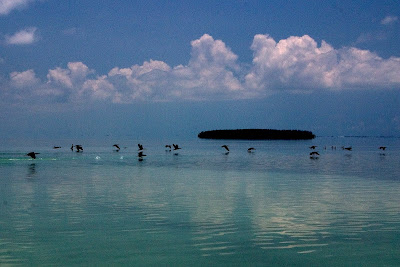 By GarytheTourist, whose pictures are filling in for me until I return in two weeks.
Posted by Conchscooter at 4:01 PM No comments: Links to this post

From the southern part of the ridge we rode back to Giglio Castello on the north end of the hilly part of the island. There the road to the sea in both directions is relatively wide if windy with lots of tight hairpins. While Castello is an aerie on the top of the island...

...the village at the bottom of the wide main road down to the sea on the west side...

... is the sole official sandy swimming beach at Giglio Campese.

And unfortunately it is nothing more than a dreary little Italian beach town. Giovanni enjoyed his afternoon here, lounging in a rented chair, getting pizza delivered to him and swimming as he liked, while we explored.

We fled back over the hill to the port, in time for the afternoon stroll before the ferry was ready to leave.

Then they let us on, and we were pretty much gone.

The five fifteen ferry was quite full with lots of tired day trippers and what appeared to be commuters heading home to cheaper quarters on the mainland.

And then we faced a two hour haul back across country to Terni with one last look back at the sea we left behind.

-posted by Blog Press on my iPad.

Posted by Conchscooter at 12:16 PM No comments: Links to this post 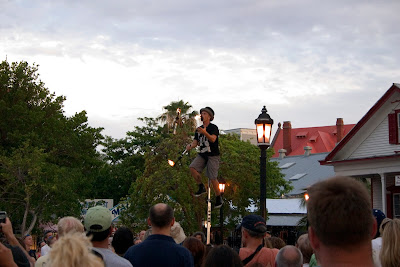 By GarytheTourist who is letting me use his pictures till I return August 1st.
Posted by Conchscooter at 8:01 AM No comments: Links to this post

After our splendid lunch at La Porta at Giglio Castello, (check out the restaurant decor just on the toilet doors above...) We took a walk round the twelfth century village.

And around one corner we came across this artisan beavering away making straw boats.

He uses juniper bushes, ginepri and dries the branches two ways, some in the sun that take a yellow hue and others in the shade that take a green hue.

He grinned wildly as I took his picture and sold us a boat for a modest five Euros, eight bucks. Not everyone works hard on Giglio.

Then we took off riding, though this wasn't high speed touring. It was a struggle to find enough road to get into second gear...

There is just one road that follows the top of the ridge south from Giglio Castello, it's about five miles long, paved, and is totally isolated with no homes. This part of the island is a national park, with no signs and no facilities but splendid views.

The speed limit was forty kilometers per hour, just 25mph, and tough to get up to on this winding narrow road.

Even though it was nicely paved.

The national park has trails in the woods...

...and across the open scrub land.

While there are no homes there are vineyards on the slopes.

We met two cars zipping out, luckily where I could pull over but after that we were completely alone.

Layne has no head for heights but she admitted to enjoying the ride into the Giglio Wildeness.

And then it was back to Giglio Castello and the last part of our exploration of this diminutive island that we managed to make seem so big.

-Posted using BlogPress from my iPad
Posted by Conchscooter at 5:14 AM No comments: Links to this post 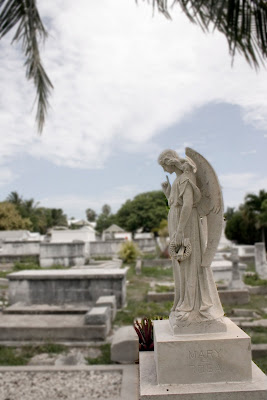 By GarytheTourist.
Posted by Conchscooter at 12:01 AM 2 comments: Links to this post