"Entropy,"  what a strange word ent-rope-eee. I think of it as meaning a process whereby a complex system reverts to its  component parts. Imagine a car  rusting away to nothing like the old truck on Tarpon Belly Key...a pile of  rust vaguely shaped like a transmission or an engine block.  Scientists have all sorts of complex explanations about heat and energy in a closed system or some such stuff. 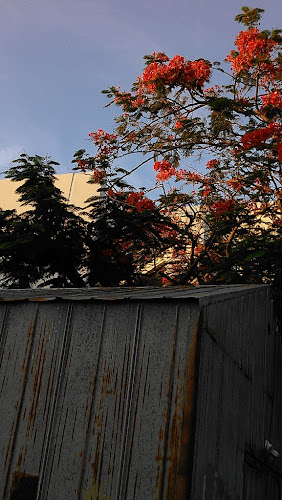 To me the former Finnegan's Wake Irish pub is lurching into a state of entropy. The Irish flag is washed out such that it appears to be more a symbol of surrender than a connection to the "motherland." Never a particularly shiny  bright building, these days Finnegan's seems to be held together more by dirt particles than building materials. 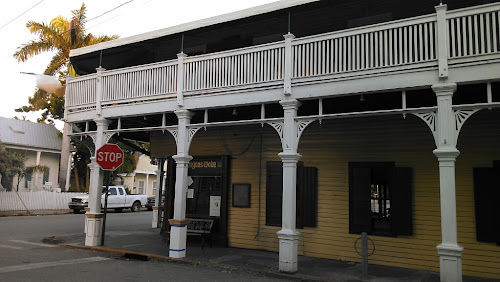 I miss it. I am surprised how much I sill miss the place, dark corners, draught beers and weird Irish food. 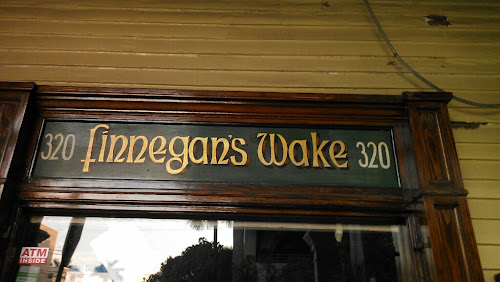 There is an architect's  sign in the window so one day I shall ride by and find construction under way and some new horror  will replace the familiar. However I've heard on the grapevine that current plans may call for an Irish pub in similar form to be restored at this location as an experiment to see how well it goes. I can hardly believe it. Entropy will likely  be reversed. 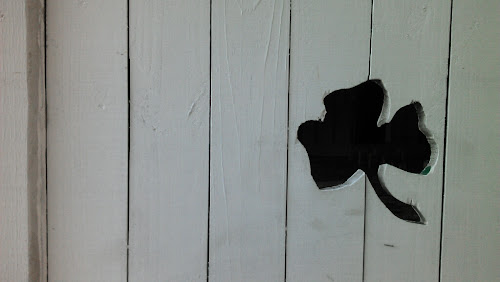 I struggle to picture myself dismantling a toilet in my house and then plonking the object on the sidewalk. Some people seem to do it all the time. I'd venture a guess hardly a week goes by in key West that something like this isn't parked on the sidewalk. I try to see it as a blow against gentrification, but all I see in fact is inconsiderate neighbors making the town look shabby. Cheyenne thoroughly approved of the sidewalk trash. I was tempted to put a "Free To A Good Home" sign on the commode, but we kept walking as soon as she lost interest. 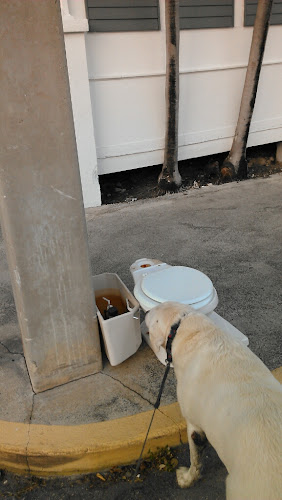 If you can ever gain some altitude on Key West and you look down on Old Town you will see a lot of greenery. On the ground it can look as shaded as Elgin Lane. another form of entropy trying to restore the natural order of things: 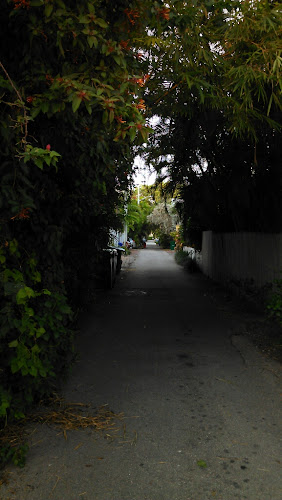 Commodes aside, this is how  a properly antique Old Town is supposed to loo to attract  visitors. No entropy here: 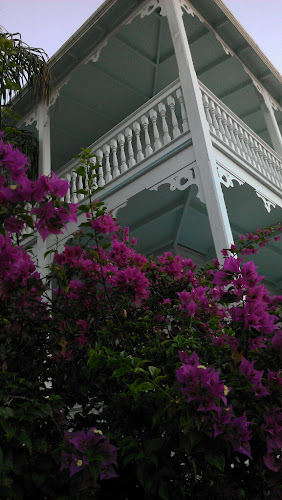 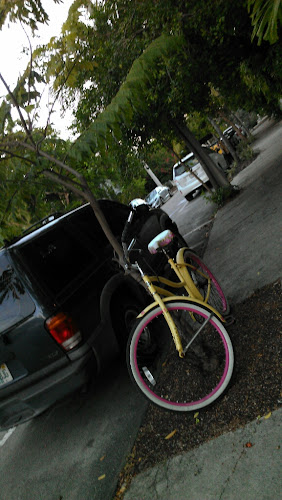 A  Land Rover in Key West. With gas prices hovering around four  dollars a gallon, one US dollar per liter, one might imagine allowing an old four wheel drive gas guzzler like this to return to kits natural decomposing state.   The beauty of Key West is that you don't usually have to drive very far and even if  four wheel drive is unnecessary and the old Land Rovers are  a handful to drive, so what? Its not my cup of tea but someone obviously cherishes this rather fine example of the worlds most  rugged vehicle.Good luck finding a local mechanic though. I generally dont recommend exotic cars for people who want to live in the Lower Keys. And then my wife gets a Fiat, and loves it! 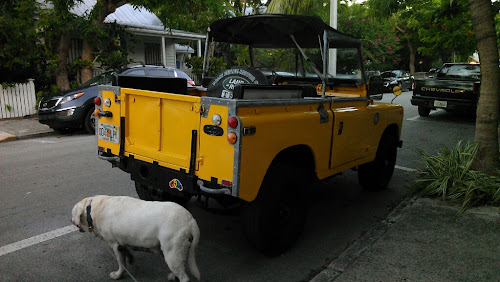 Stump Lane looking properly key West, with everyone's ideal of a Conch cottage and a cruiser bicycle, proper wheels for this little town. 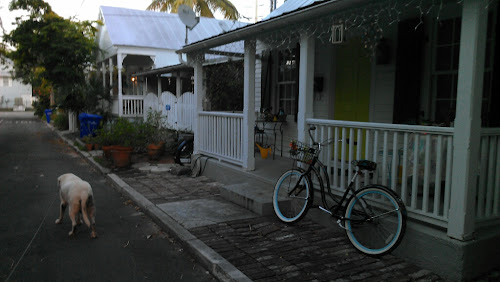 This is actually an old Florida louvered window  painted to look like wood. Very witty: 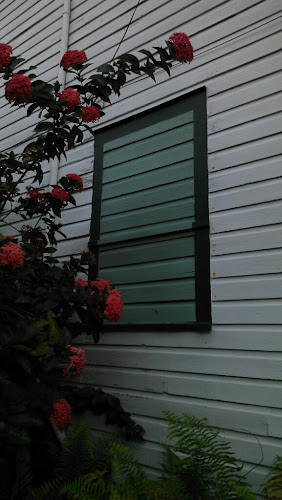 These too are lovely old fashioned louvered windows with frosted glass: 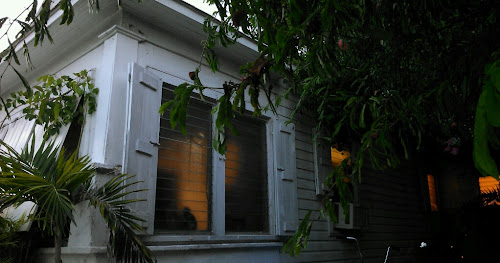 And here, behind the entropic vegetation we see a classic Bahama shutter: 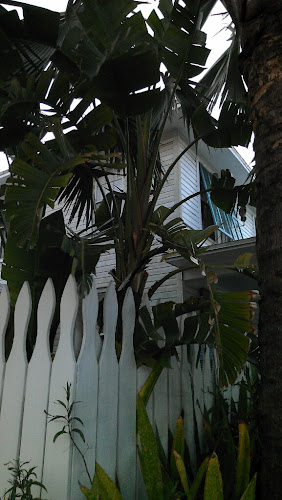 It has been hot lately as measured by my car at dusk one recent day: 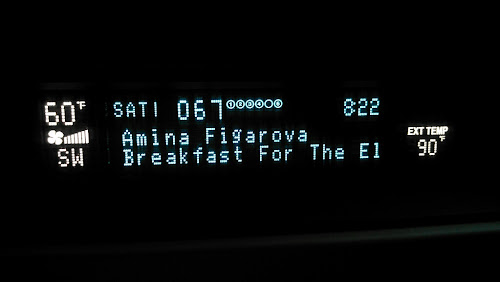 90 degrees is a bit on the hot side  for a night in Key West but I'll take it with joy compared to a place  where 70 degrees represents a hot summer day.

Posted with Blogsy
Posted by Conchscooter at 2:14 AM 3 comments: