I can often be heard moaning about the lack of variation among the motorcycles seen on South Florida roads - old men on Harleys going slow and young men on sport bikes hammering their way recklessly through heaps of zombie car drivers... 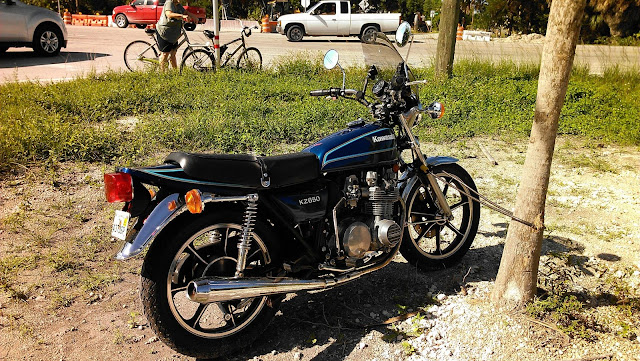 I exaggerate. A little for effect you understand but by and large I wait a long time between sightings of Ducatis and BMWs and the last time I saw a Moto Guzzi, Methuselah was a young man. 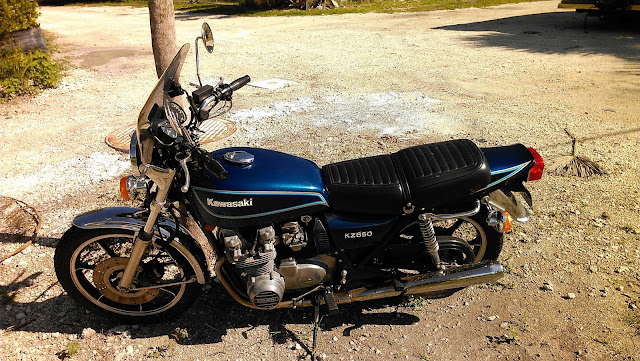 This motorcycle came out as a middleweight alternative to the top of the line 900cc Z1 with which Kawasaki had dominated the ranks of the Universal Japanese Motorcycle stakes- the contest between four cylinder machines that started with Honda's CB750. According to the press the KZ650 was a step forward in the right direction with a decent chassis and good road handling combined with the sophisticated and reliable modern engine. In my book the middle weights always seem to end up being better rides than the flagship bikes built to impress. A generalization perhaps but there is a lot of truth to it. 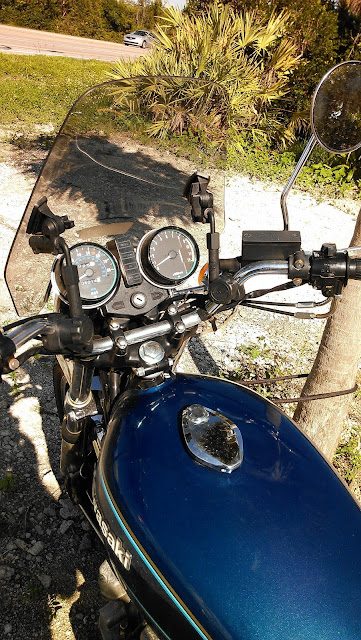 So I got unreasonably excited when I saw this fine example of a 1978 motorcycle in the style of my youth parked, not for sale, on Cudjoe Key. Clearly the owner cherishes it, as it was locked firmly to a nearby tree with a substantial cable. 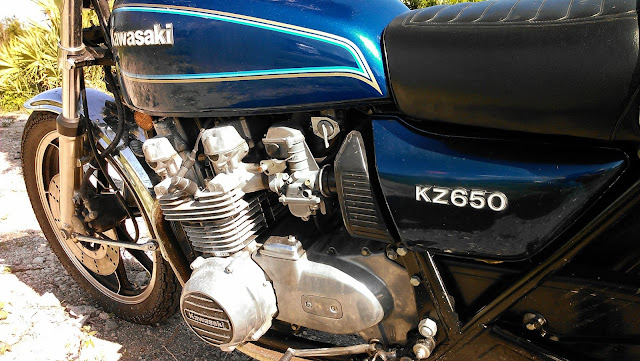 Posted by Conchscooter at 8:24 PM No comments:

It took a fundraiser (for my colleague Eric) but I was seen in a Lower Duval bar today. No drinks; they don't approve if you show up in dispatch with alcohol on your breath. 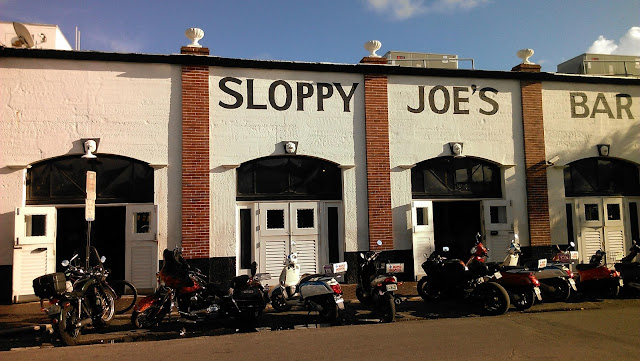 Posted by Conchscooter at 5:24 PM No comments: