I suppose when we asked ourselves why we haven't been here before its a combination of things. We liked Colombian Grace that was here before and when it became Firefly early reports were mixed. That happens a lot in any new restaurant and it's unfair. It turns out it was also stupid on our part to not put Firefly on our list of places to eat. 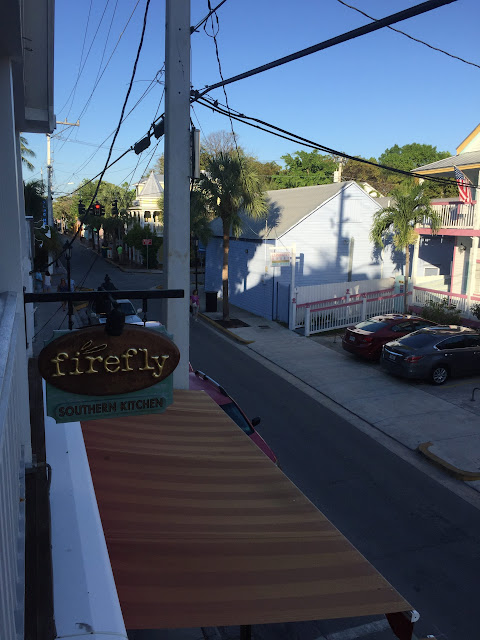 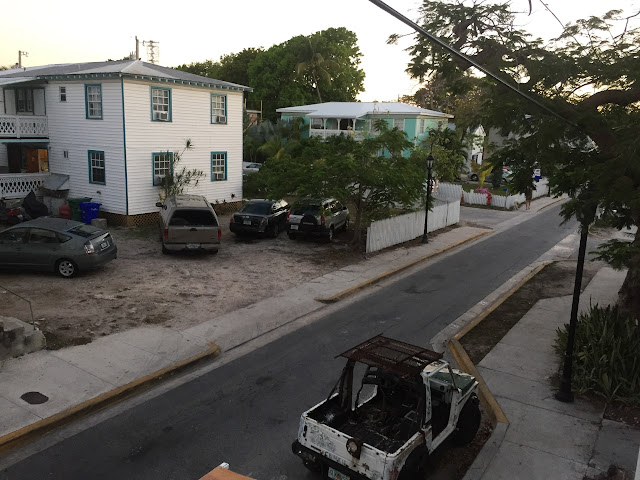 My wife had a cider with her dinner and because I wasn't working I had a glass of Mama's Little Yella Pills, (seriously) by Oskar Blues, a name so complicated I'm not sure I'd know how to order it again without a cheat sheet. I had to Google "Yellow Beer Oscar" to find the page wherein they describe their beer as I couldn't for the life of me remember what it was called. It was a not hoppy real lager and quite pleasant. 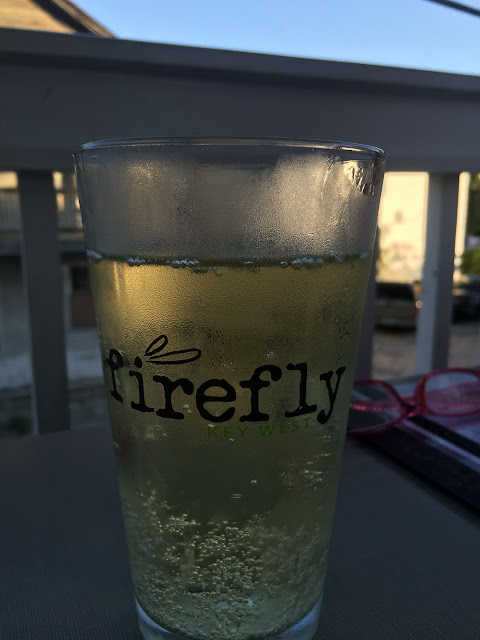 The menu is a mixture of familiar and not so familiar and even though "modern Southern" cooking is as tired a cliche as any the food is interesting on paper. 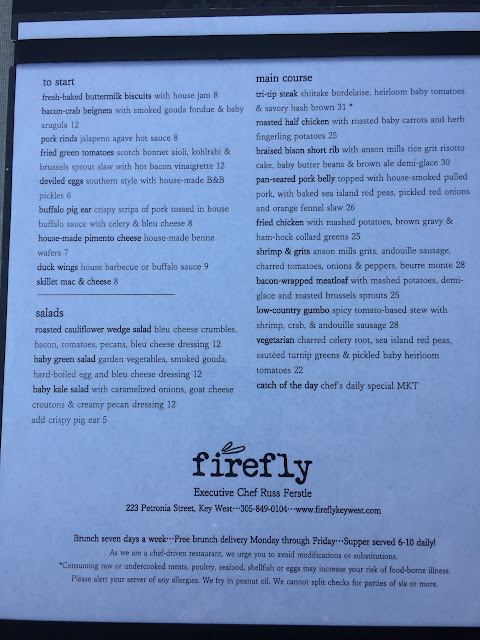 My wife always orders friend green tomatoes, always, and sometimes I end up sharing flavor-free discs of rock hard vegetable coated in some weird plastic breading but in this instance things were quite well done: 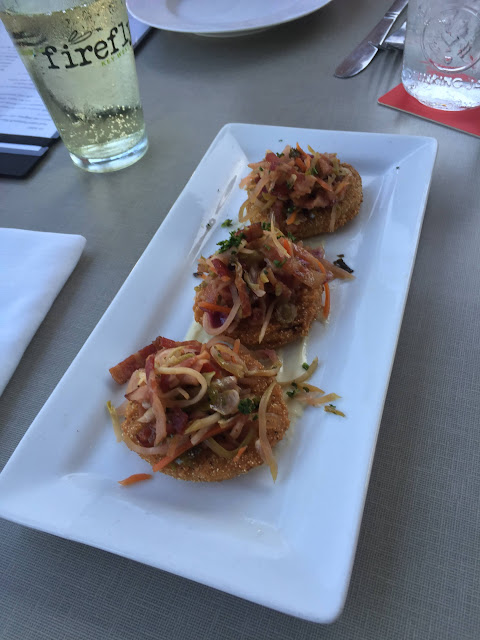 The crab beignets sounded too weird to pass up and they came with one of those salad afterthoughts that was actually quite bracing and delicious. The beignets themselves were balls of fried crust containing a soft gooey mixture of something creamy that tasted of crab. Decidedly unusual (for me) and quite delicious. The beer was, as they advertised, slightly cloudy. 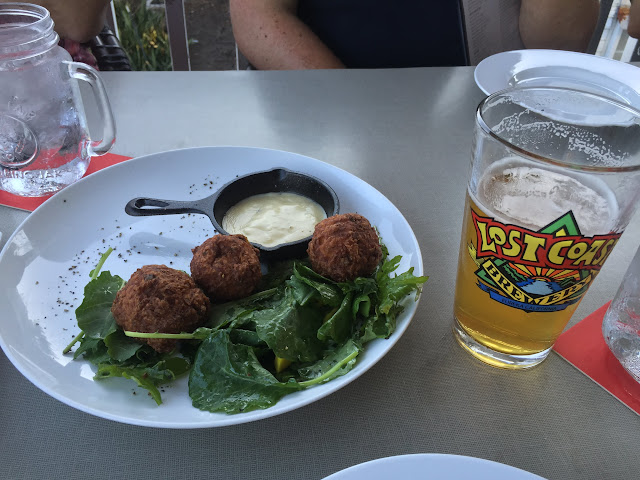 Nick (left) and I have been working together for several years now at night. Dustin (studying the menu) is new to Key West but experienced in dispatch and as I am currently overseeing his training and testing my work life is rendered quite easy.He is also a good dinner companion. 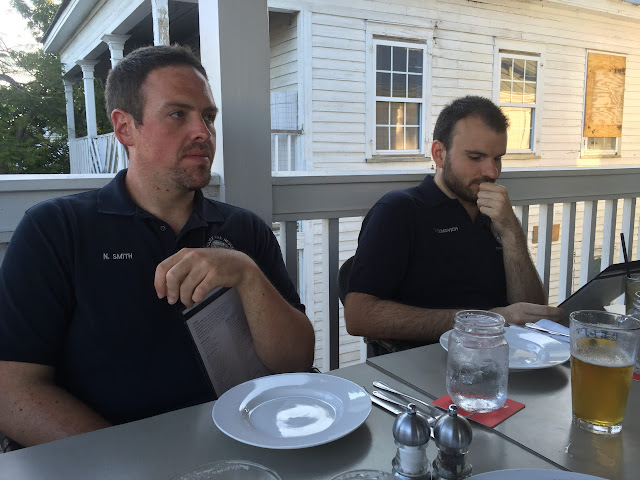 JW told us to taste his mac and cheese and duck wings. In the distance we shared pimento cheese with those tediously fashionable benne wafers, dry flaky things that barely could sustain the pimento cheese without crumbling. I'd have preferred old fashioned water biscuits but what do I know? 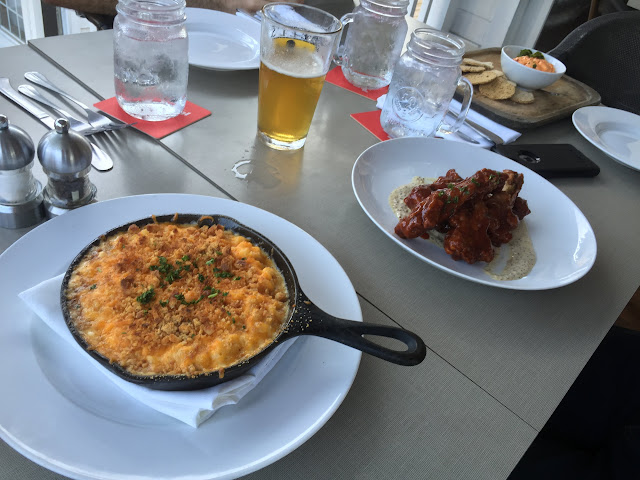 When the mac and cheese grabs your attention and the pimento cheese is as good as you've had and duck wings in buffalo sauce is delicious, why wouldn't you come back? For the bacon wrapped meatloaf perhaps that Nick enjoyed with brussel sprouts...He said firmly it was good. 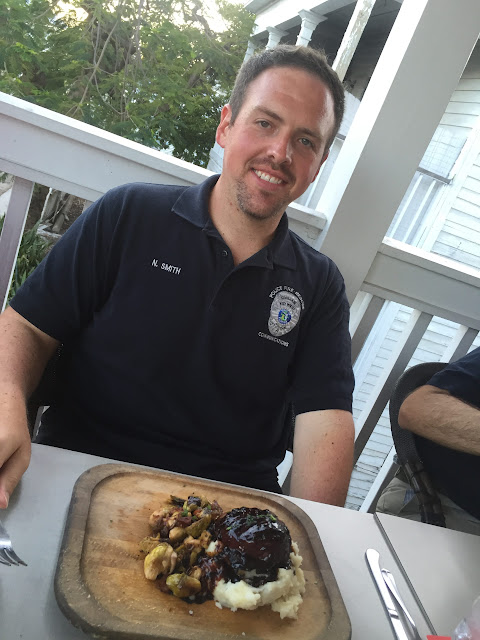 Dustin was positively enthusiastic about his low country gumbo. 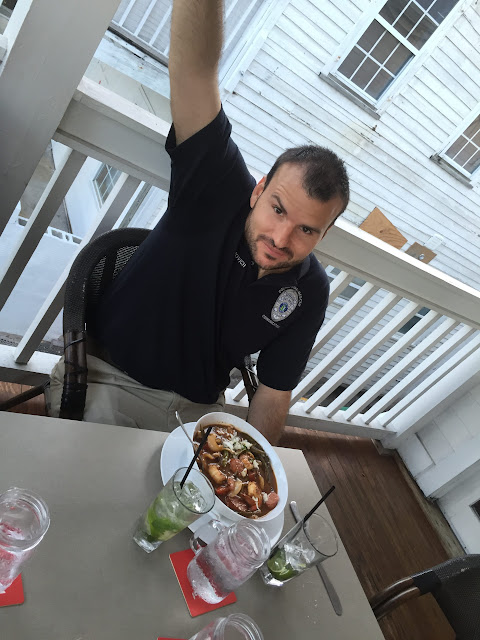 JW used to work with me but he's moved to another city department with civilized daytime hours and I miss him very much, He has children so 911 dispatch is a hard life. Besides he's pretty cool. 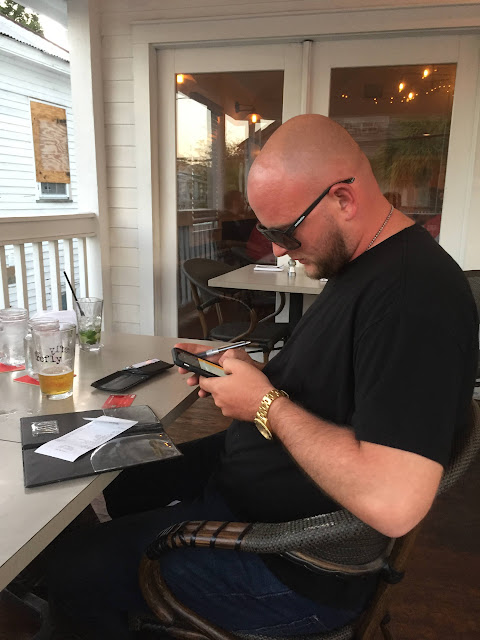 Colombian Grace was a good place but apparently things didn't work out with the landlord or something and we lost an interesting South American cuisine. The interior was much as it is now and I remember it fondly. I am also glad I have a modern iPhone camera for my pictures nowadays. 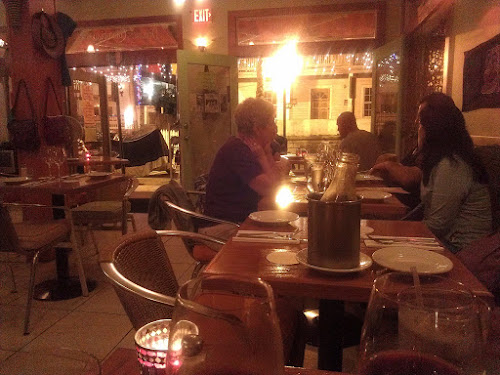 And their extraordinary creamy fish chowder covered in molten cheese: 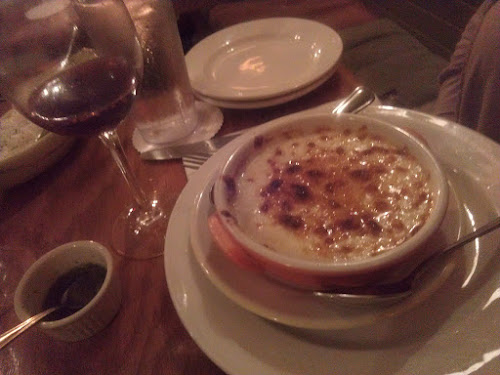 But you know what? Firefly is just fine, not as a replacement but in it's own right. The food was great, the service was excellent attentive and cheerful and patient but not intrusive and we all want to go back. My other colleague unable to show up (someone has to answer 911) texted me she was madly jealous of our dinner out. 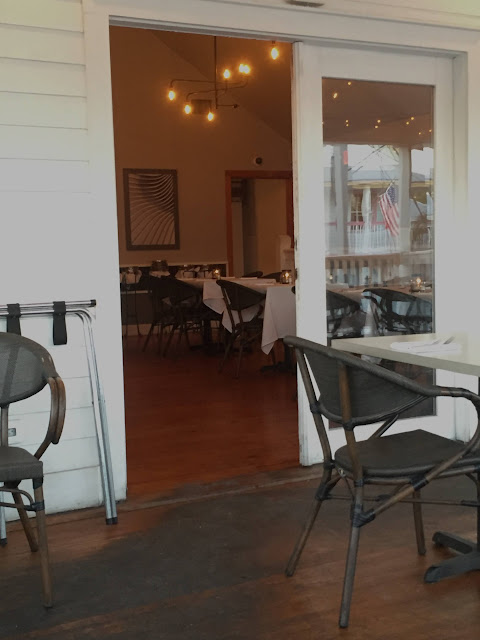 For myself I'd like a gooey dessert or a cobbler or a crisp in a place like this. Key Lime cake sounded good to me but I got voted down and cheesecake isn't tempting enough after the wild and delicious combinations we had tasted. The view across the street was quaint, characteristic, a little run down and peaceful. 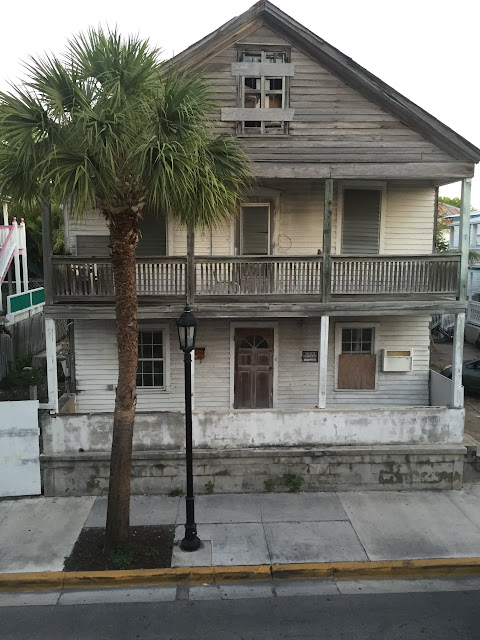 If you get a chance you need to try this place out. I'm going back.