I have to say that whenever I see one of these things docked in the Key West harbor the thought crosses my ungrateful mind that the people in charge of this town need their heads examined if they think Key West needs to dredge the harbor channel to accommodate ships a third bigger than this cruise chip monstrosity: 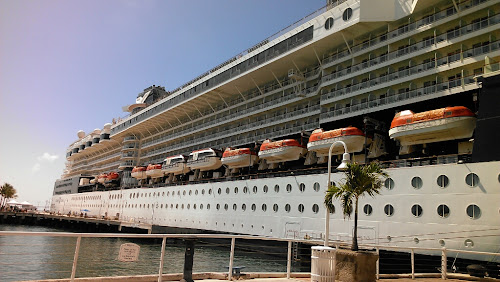 Ask a local and they will all tell you they've heard about the fabulous brunch at the Westin hotel, and how much they want to go, and soon, but none of the buggers could tell me first hand anything about this Sunday morning extravaganza. So...I am proud to say it was me who suggested to my wife, the social planner extraordinaire that we should go there this very Sunday. So we did and opulent it was too, as we shall see. 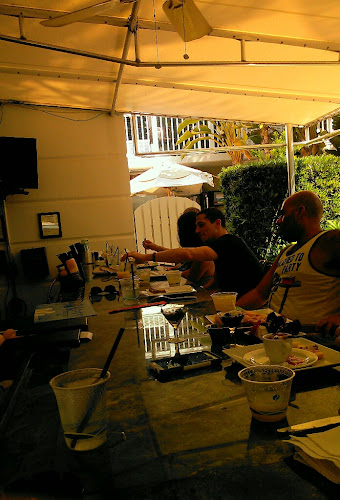 The first thing is, you need reservations for Sunday brunch, at least in winter you do, or more specifically last Sunday we did. As we had none we were banished form the outdoor seating on the seawall and we could not get a table inside which pleased my wife as she said it was extremely noisy in the indoor seating area. So we were relegated to the pool bar which it turns out is not so bad at all. A couple were leaving as we arrived so we got the end of the bar with a view across the pool to our right. The bar tender was a cheerful Russian émigré, Vasili who has lived in Key West ten years. When we identified ourselves as locals for a ten percent discount on the $35 per person tab, one of the guests told Vasili he wouldn't qualify for the "locals" discount. Which puzzled him as he pointed out he had lived here a long time. The pedantic tourist humor went right over the poor man's head. We tipped well (I hope). 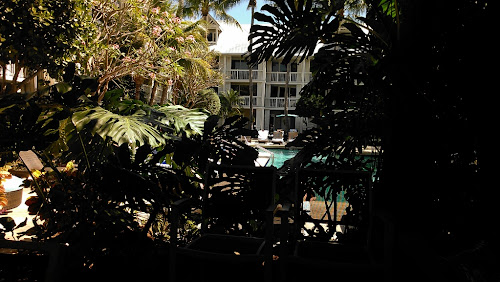 My wife liked the mimosas well enough that she had three. I, the driver had one washed down with lots of iced tea. I must say the mimosa was tart and refreshing and well sauced with champagne so it was not the usual bright orange overly sweet concoction I find myself forced to drink. I could easily have had two more had I a room at the hotel. I must say the whole concept of a buffet lunch is open to abuse, everything is thrown in and everything can easily lead to too much. 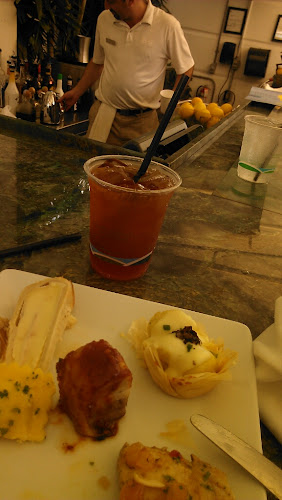 The food selections were quite astonishing and despite the crowded tables the lines at the tables were very manageable which surprised me. I think I went wrong in starting with the breakfast foods which, with the best will in the world, are fairly commonplace. But the sausages and bacon were excellent, the frittata somewhat lacking in flavor. I did try some cheeses which also suffered the blandness gene but on the whole the spread was first rate. My wife love her tuna tartare and other odd raw dishes from the seafood table that I avoided and  my choices were of the cooked variety, pasta, mahi mahi, pork belly, all worth tasting. The pdding ( dessert) table was groaning under the weight of chocolate pastry and cream though the crème brulee was rather bland. 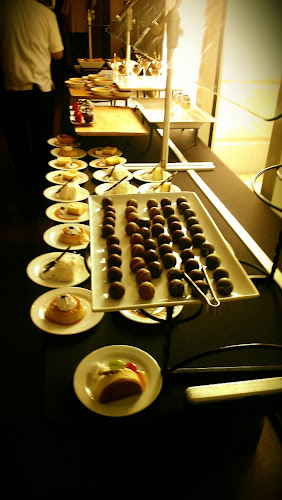 The outdoor seating at Bistro 245 as the restaurant is called, looks good and I am certain we will be back in the summer to try it out. 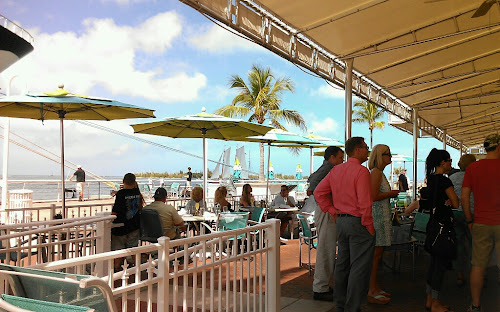 Preferably not on a day a floating hotel is docked, as it rather wrecks  the view... 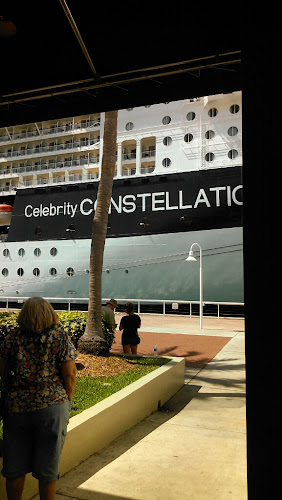 Knock that one off the list. if you want o know what I think of Bistro 245's brunch it is decidedly worth a try and worth also not pigging out if you can handle it. Better to be a local, not only for the discount but so you can come back and try it again to catch the dishes you missed.