Not really. Same old, same old and the same old blog in a new year. 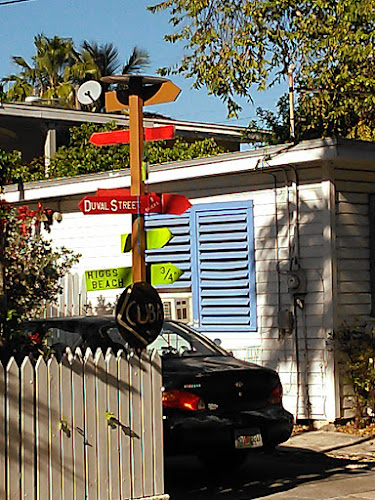 I have noticed quite a few blogs that I have followed fallen by the wayside in the past year. if you check my list of motoblogs they are stalling. Possibly it has to do with the season, for winter is not riding season Up North. This time last year I tried a blogging experiment working with Chuck and pretty soon I knew it wasn't going to work. He started a new business and I felt burdened by solitude in a blog that was supposed to be joint effort. I went back to doing what I like, for myself. Jack Riepe calls this the Seinfeld of blogs, an ongoing story about nothing much, interspersed with pictures. So be it. 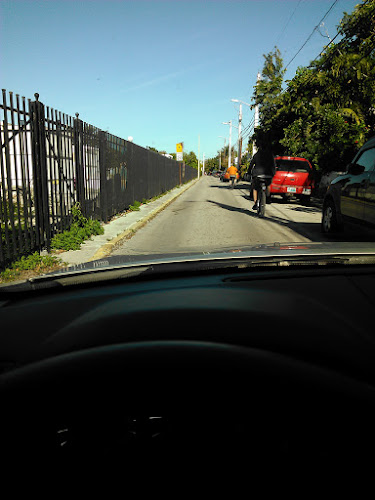 Key West has narrow streets, cluttered with bicycles and winter people. Key West streets are irrational, littered with silly signs and angry privacy signs, unlike most cities in this continent dedicated to newness. My blog is dedicated to noticing this sort of stuff. 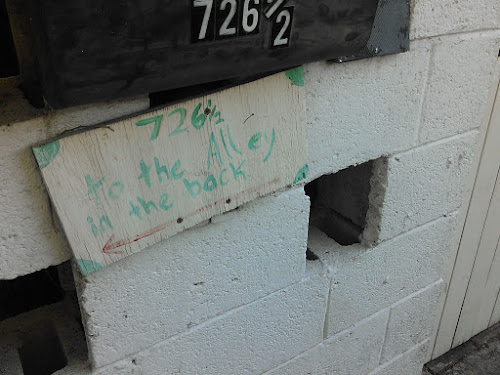 I have almost three thousand essays in this blog and only a few of them lost their pictures in my recent picasa fiasco when I accidentally erased a collection of pictures. Enter a word in the search function and who knows what might appear. For me this blog is a diary as certain essays trigger certain memories, for everyone else these pictures are whatever you want. I do not anticipate any change over the course of the year. 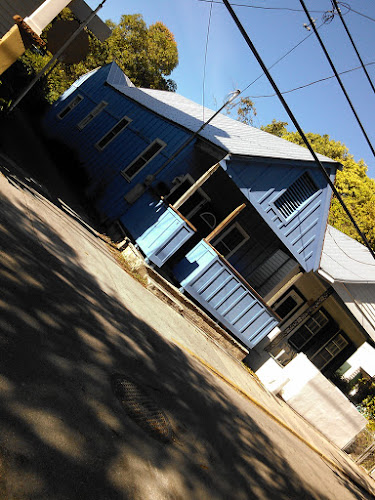 I am not sure how I got this far, nor do I recall precisely how I decide what to write about. I saw yesterday's picture while my wife bought a bottle of champagne, she watched me take the picture and I knew she was wondering what I saw. I saw yesterday's postcard. How? I haven't a clue, it's just there in my head. 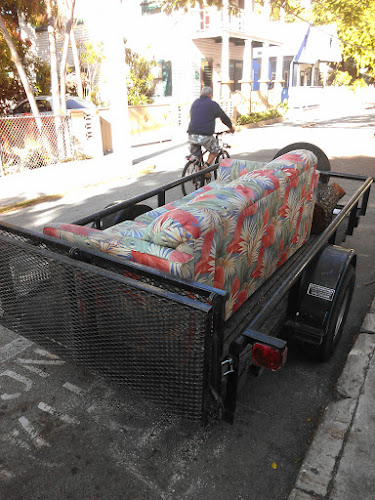 I see a couch in a trailer and the possibilities for Monty Python style comedy seem endless. I see an absurdly slow speed limit and I am reminded it is the rule now across Old Town. Why can't people pay attention when they drive? 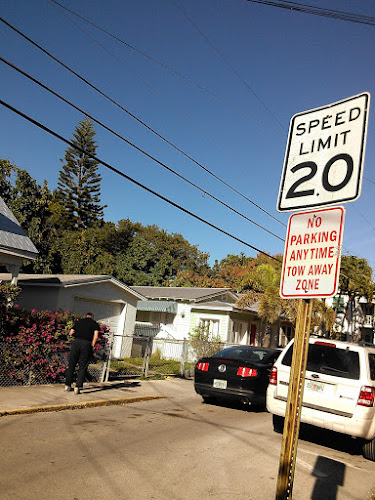 I am not dedicated to selling Key West, I am not an arm of the Chamber of Commerce, I earn my living elsewhere. I dumped the stupid advertising on this page. I write about good and bad, I try to use common sense as my guide and though I am frequently impatient I hope I among cruel. I am unwilling to dumb my page down, I don't write to a third grade level, this isn't a newspaper. It's a slice of my very modest life. 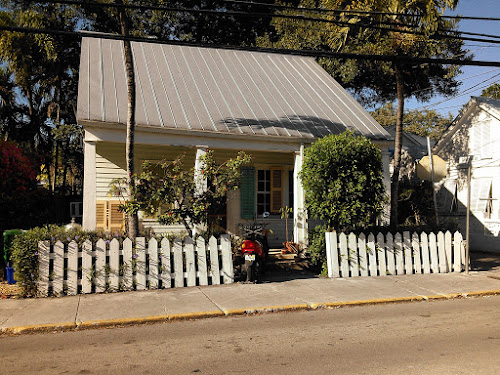 A reader sends me notices from time to time that a blog called KEYWEST--THECONCHDIARY.COM has published a new page which happens infrequently but I read each one and wonder. It's generally a page of lists and rhetorical questions mocking victims frequently sourced in the newspaper. Aside from the unfortunate similarity between the title of the blogs, and mine has been around since June 2007, I find it odd that anyone purporting to live in Key West can't find anything original or kind to say about this extraordinary town. Read it and see for yourself. 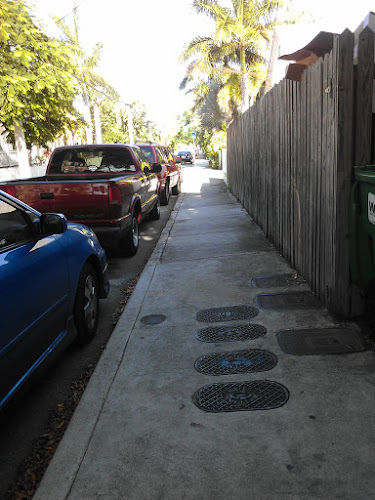 I live a pretty regular life in a town where irregularity is the order of the day. I'm not a party goer and I dislike costumes and disguises. I have been accused of being gay from time to time, as though being gay is a bad thing. I can only say there is room in Key West and the Lower Keys for a few of us who are neither dipsomaniacs nor gay. Some of us just live here and of us all only a few have words and pictures on a web page. Doug Bennett comes to mind, This Week on the Island . Doug has something to say each week without fail and has at last decided to add pictures. Check it out. I have a long list of Keys related blogs on its own page. These are just the worst and the best. 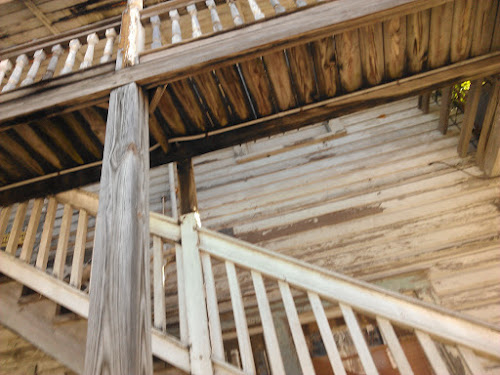 I like living here on my terms and writing on my terms. I have that to look forward to in the new year, and so do you.