From The Archives: Cudjoe And The Fort

To mark our safe landing on Cudjoe I have dug up these old pictures of the blimp on Cudjoe Key. 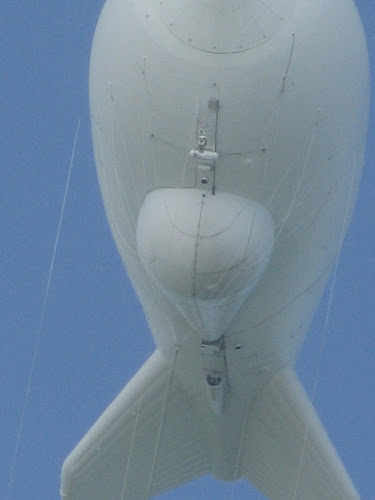 The  blimp known as Fat Albert has always been a mysterious object hovering over the Lower Keys, run by the Air Force and supposedly seeking out air and sea traffic in the Florida Straits. Last year budget cuts threatened its future until the weather people at NOAA offered to pay for it. After that offer was made nothing more was heard and there it is still, checking for I-don't-know-what. 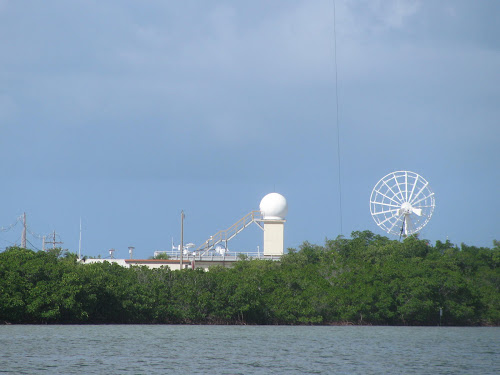 There is a surf shop in Key West which is odd as there is no surf thanks to the reef and shallow surrounding waters. 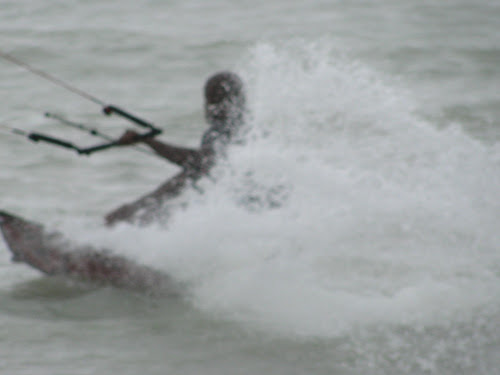 On windy days there is windsurfing though. 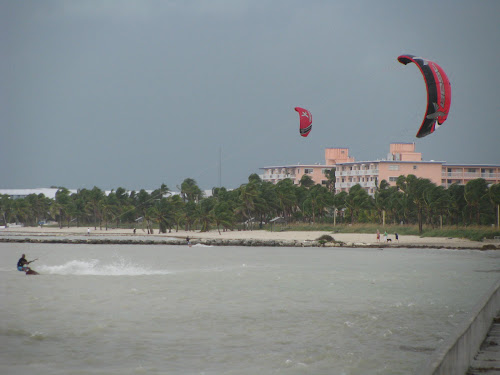 I found these pictures of the early days of what has become a familiar sight at key west Bight. 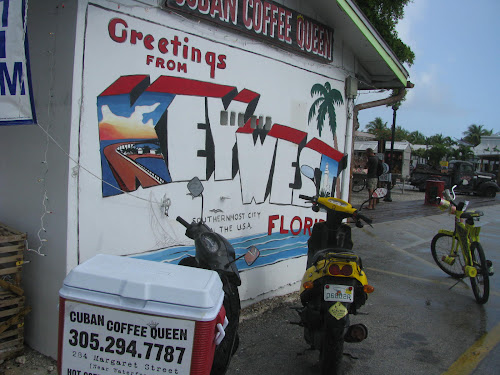 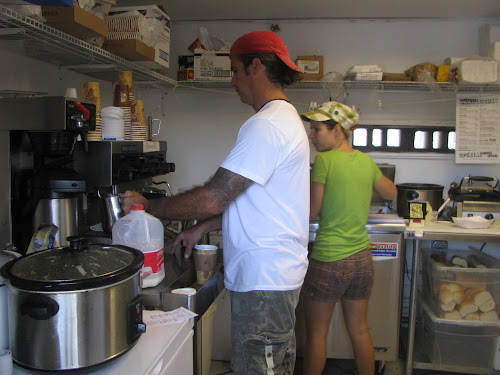 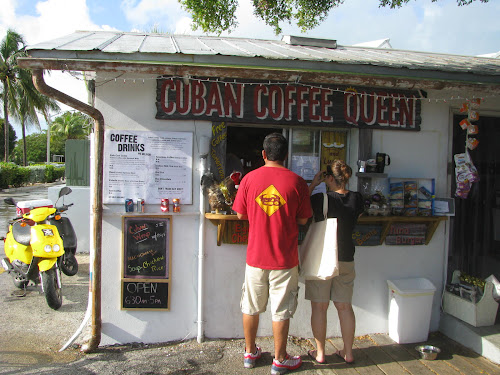 Big sandwiches and small prices. How could this not succeed? Except that there are more coffee shops than you can count... 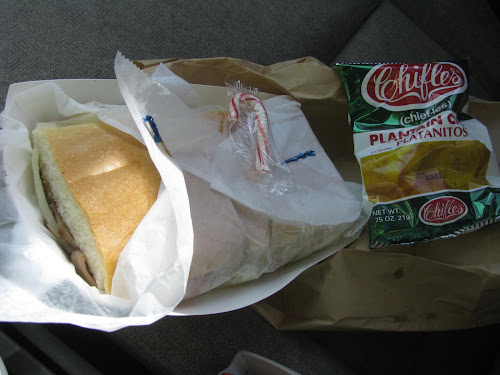 I took this picture of these colorful houses on Big Coppitt alongside the highway because they were at the heart of a controversy reported in the paper. Habitat for Humanity organized the construction and the neighbors did a great job of trying to stop those people from getting a  foothold. Poverty makes no friends. However the homes are still there, looking fine and I wonder what the fuss was all about. Especially as Big Coppitt is hardly a manicured community. 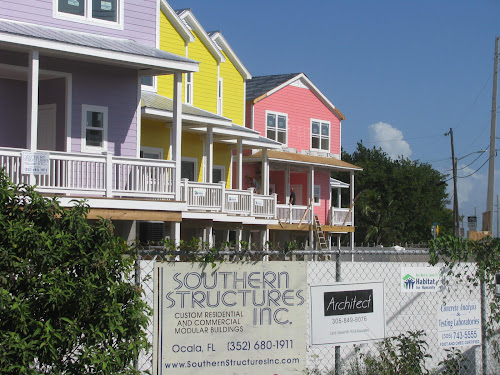 The constant in my essays, here seen putting my wife's exercise mat to good use: 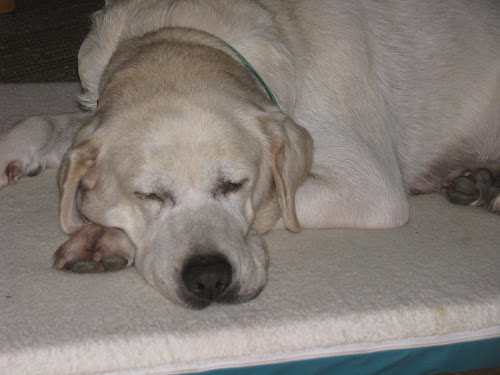 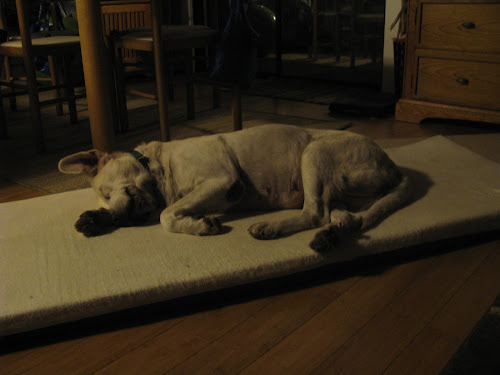 These two Labradors worry people sometimes and they call the police to "do something." Oddly enough they are very happy and as far as I know they do return to earth when they feel like it. It is disconcerting though to look up and see them peering down. 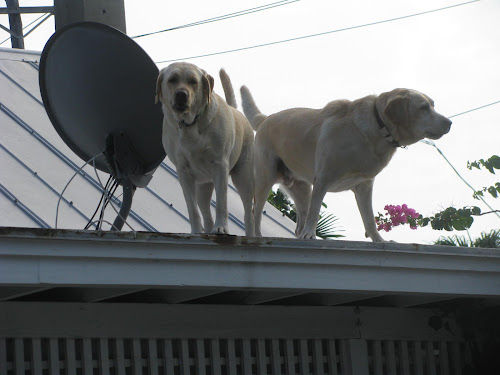 They may not be your mother but they have high expectations of you: 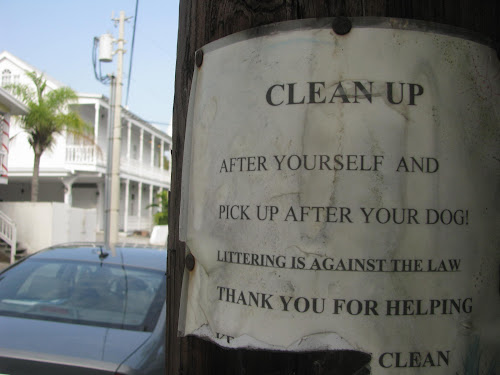 Here follow some pictures of Fort Jefferson, seventy miles west of Key West with a rather pleasant campground on the island. 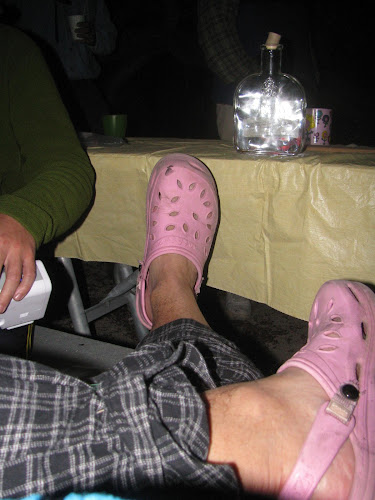 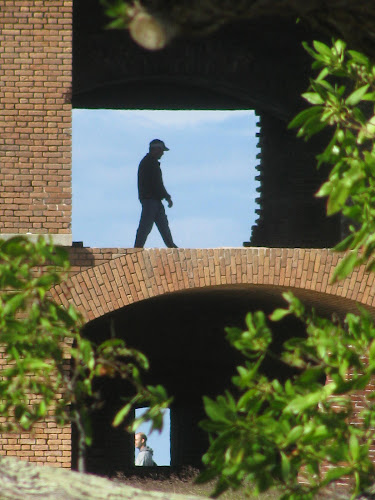 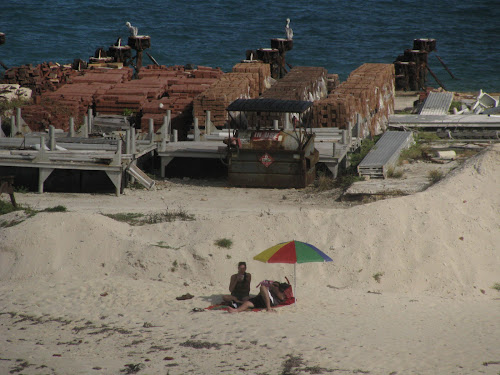 ...and during the day, people. Then the ferry takes them home and the island is occupied by campers and boaters. 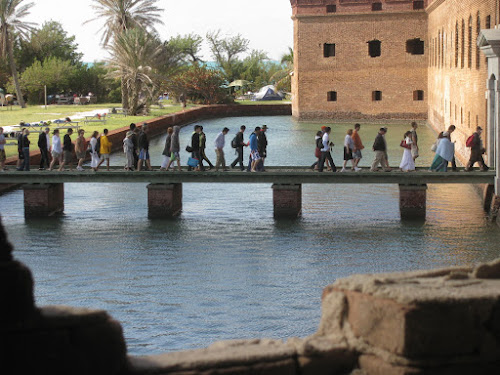 A good place to wake up and brew up. 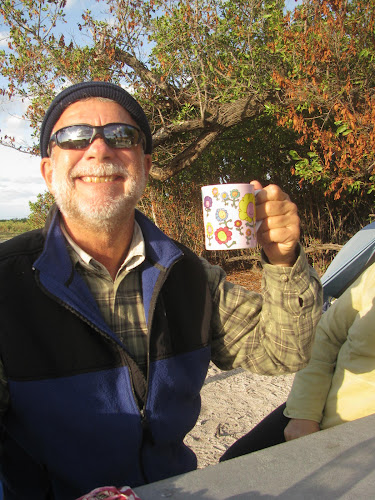 And a fine spot to get a private sunset. 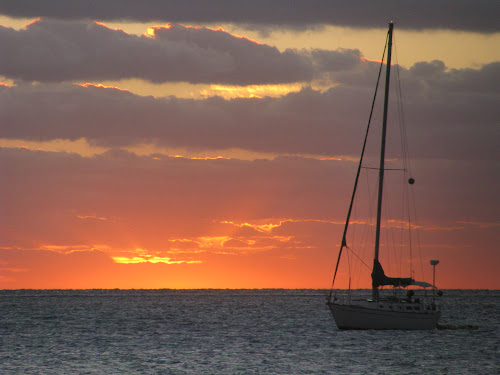