How I decompress from nights of taking 911 calls. 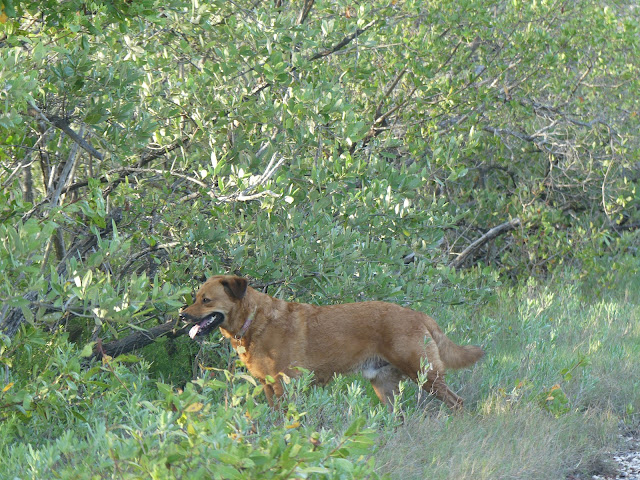 I love these spiky cactus plants, even without the bloom. In my ideal world my home would be surrounded by them several ranks deep, which would allow wildlife to approach but would keep humans, zombies, nosy neighbors and predators well away. My idea of a welcome mat. 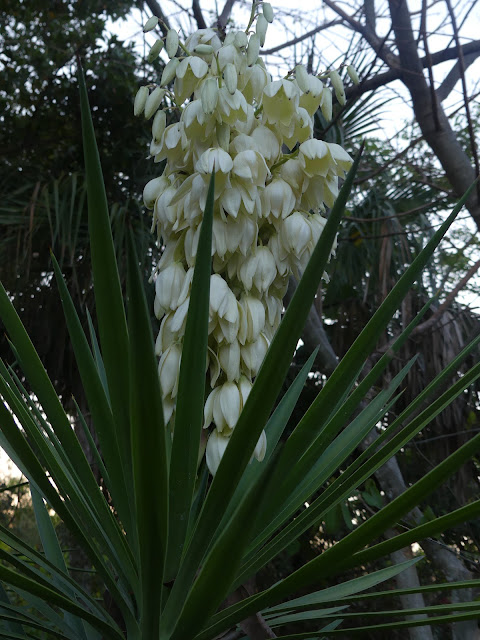 Rusty was running in circles nose down while I had my head up watching the sun come up. The mornings have had this wintry feel to them lately which is totally bizarre as mid-May is the time of year when heat and humidity make themselves known in the air: summer is here. This year it's not been like that all week. 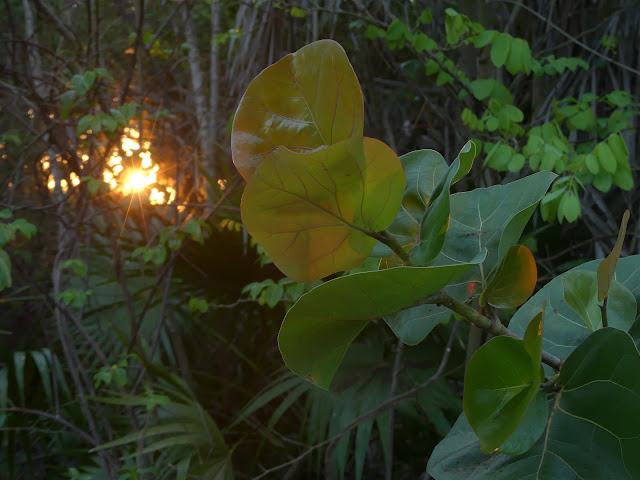 We stepped out of work one morning to a brisk north wind and Nick the Conch shrugged and said welcome to the new world order where its hot in winter and cold in summer. It has been feeling frigid riding home each morning and I've been forced to wear a jacket. I know 68 degrees doesn't seem cold everywhere but in May in the Keys its an arctic blast. I expect to see melting icicles hanging from the branches of the trees as the first rays of the sun hit them at seven in the morning. 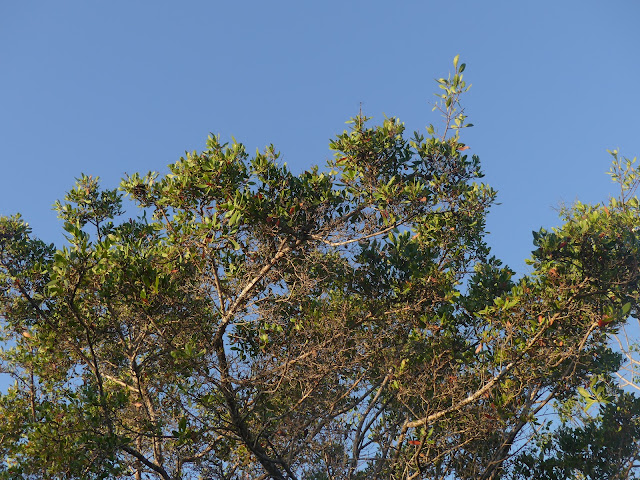 There were a bunch of birds observing our terrestrial progress. I wanted to ask how they felt about cold winter mornings this time of year but they ignored me. 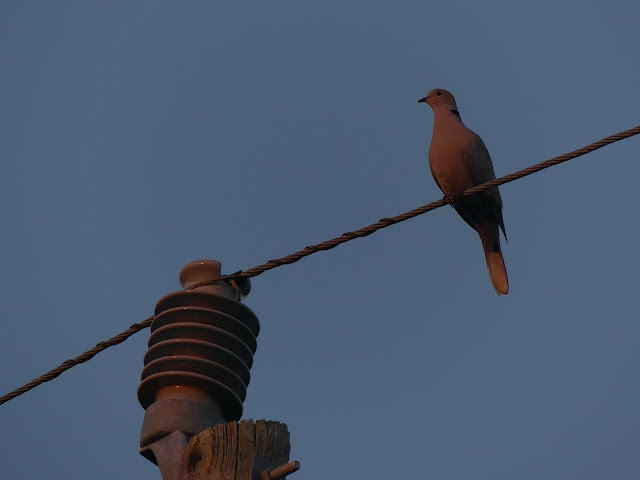 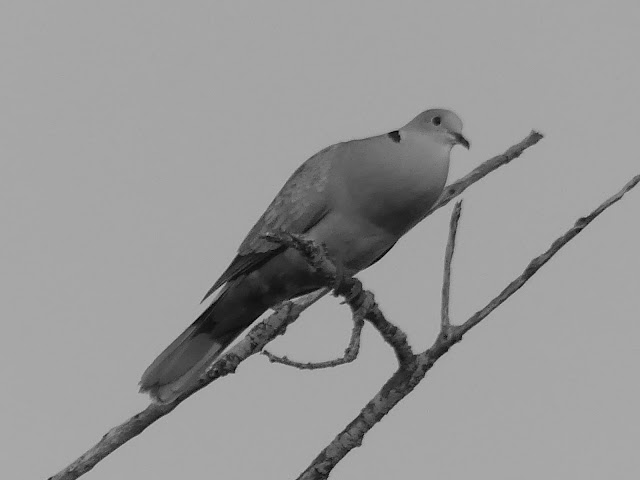 I wondered why the woodpecker below looked so plain until I realized I was accidentally in monochrome mode and I was so fixated on his lack of color I failed to notice how puffed up and indistinct he was. Maybe he was feeling the cold too. 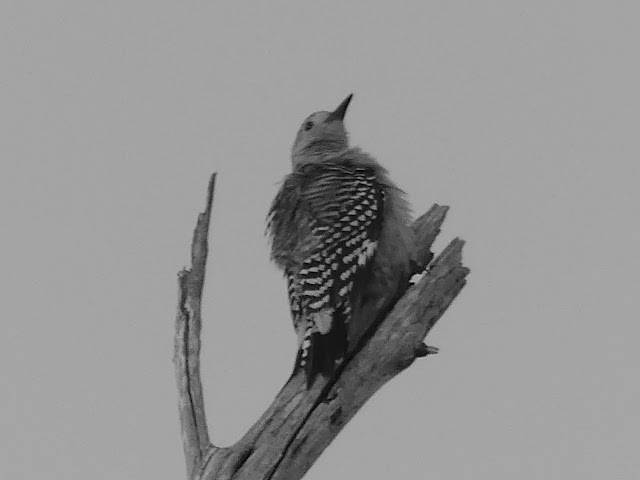 I surprised myself photographing this dragonfly far above me in the trees. I could see his jaws moving in the telephoto lense so he was either breakfasting on dried wood -yum- or his teeth were chattering. 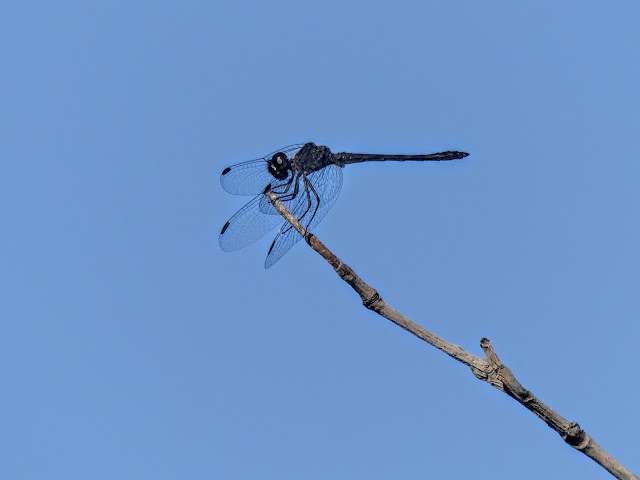 It has been rather pleasant feeling cold this late in the spring. Summers around here are long enough stretching well into November so a period of fresh cool weather is quite welcome. It reminds me of Mediterranean summers when I was a child, the low sunlight the col early morning air when I used to get up before the rest of my family and I wandered out into the woods and fields looking for trouble. 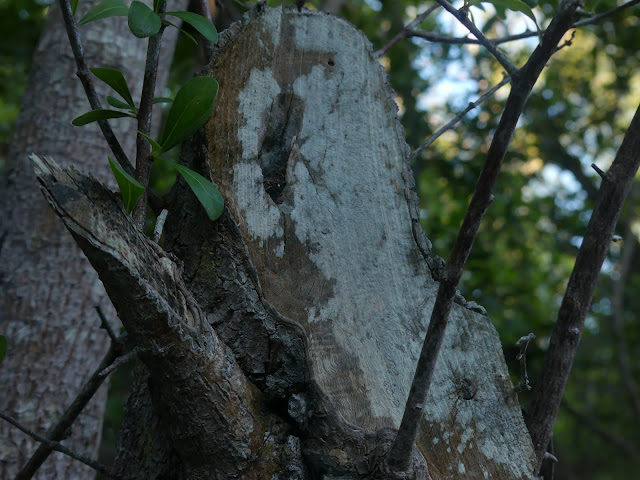 I thought I found it too, a face peering out of a dead tree trunk. The harder I looked the less like a face it appeared to be. No trouble at all actually. 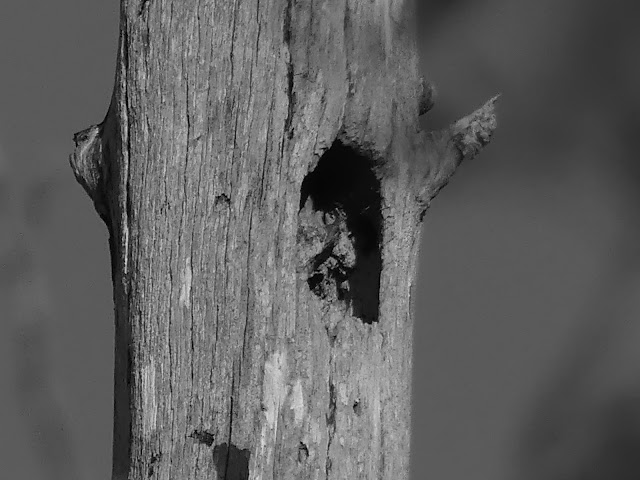 The art of photographing bougainvillea still escapes me  as the blooms end up looking fuzzy and indistinct. I liked the colors though and Rusty was still dodging back and forth, nose to ground tail well up in the air very busy. 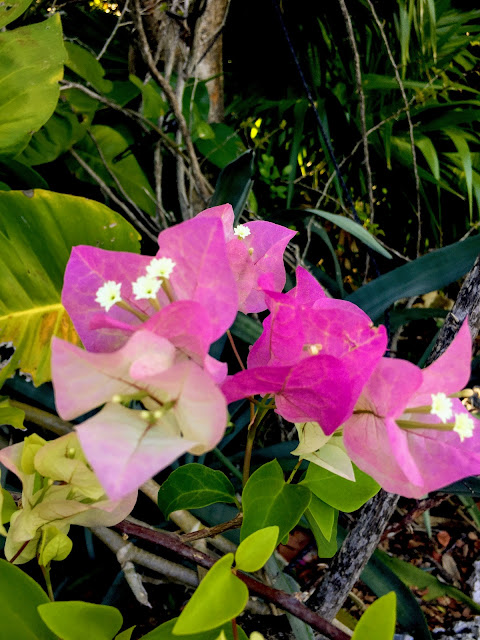 I think he enjoyed himself. 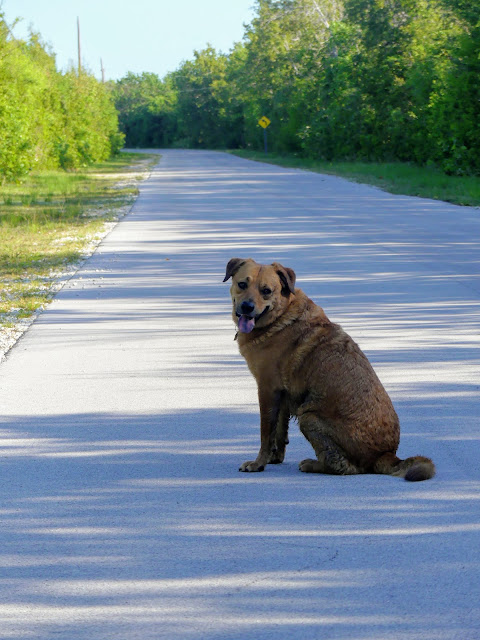 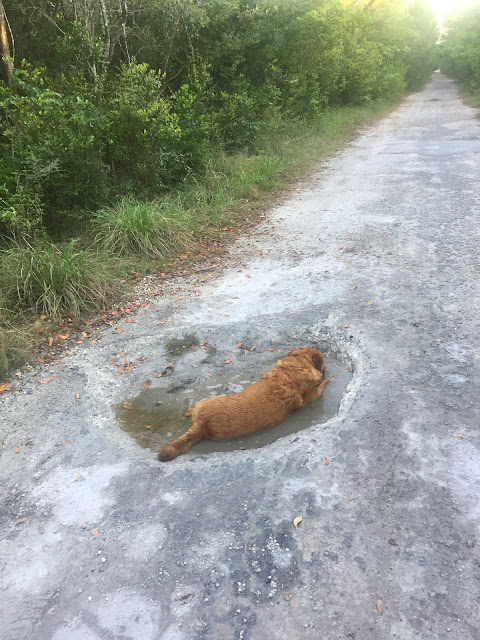 Which is what counts.
Posted by Conchscooter at 12:00 AM No comments: