Bridge Fishing In The Keys

I confess I am a perversion of a decent upstanding fishing human being. To me standing around drowning worms and attempting to lure fish to their deaths is a dreary way to spend a day. To me it's marginally worse than standing in line with an overly full bladder. I fidget and hop from foot to foot and hope u don't have to share the spectacle of some innocent fish dragged from the life giving waters to suffocate and flop to death burned under the arid Florida sun. So I buy my fish instead. 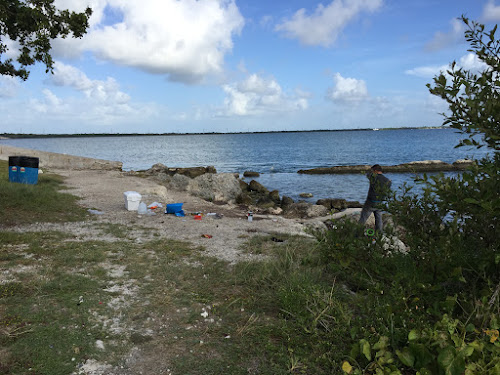 I saw the pile of trash and figured another reason to get irritated, so instead I decided to enjoy the day and stepped over the slick of wrappers, plastic and beer bottles. "Your beer's safe," I called out, "your bait less so." He looked at me with a stare that radiated exhaustion and non comprehension mixed with a little horror as though I'd asking him if he had beaten his wife again today. A lot of anglers drive down from the great Spanish speaking Mecca that is modern Miami and spend the night pirouetting along the waterfront of several and various Keys attempting to kill fish with ballet moves worthy of the Bolshoi. Weird stuff. 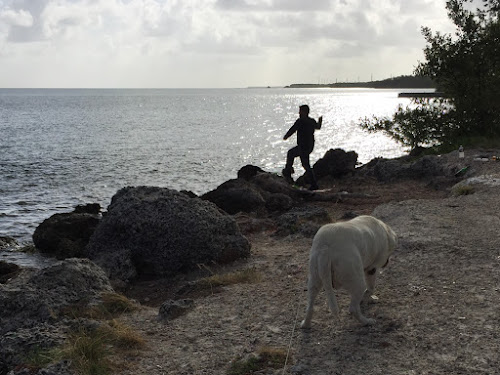 Honestly I didn't bother to engage in a battle of the half witted, me mangling Italo-Spanish with a half asleep all night fisherman whose worst nightmare probably was meeting me in a good mood. His companion Socks-And-Sandals hardly noticed me as he leaned perilously over the parapet imitating either Mercury about to take flight or an indecisive suicide. 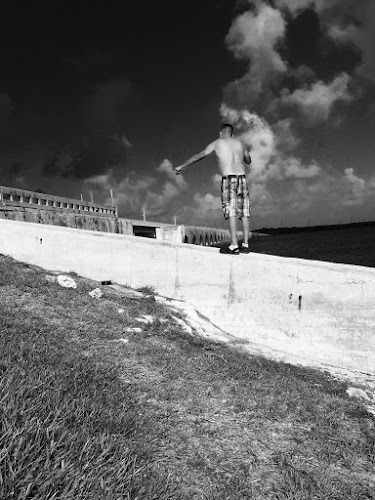 The current flowing under the road bridge is wicked and a header into the waters here would spell some serious swimming moves to survive. Nice view while you drown, though. 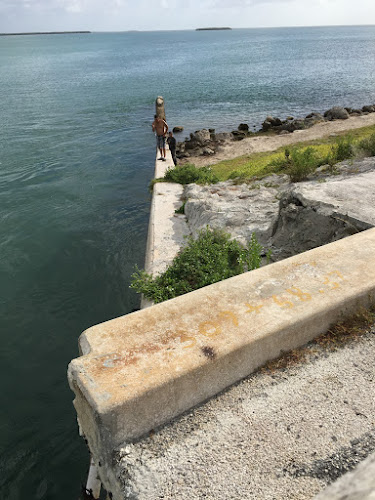 This guy smiled a sickly smile as I gave him a hearty Buenas properly sibilant on the ess, a form of pronouniation that made it clear I hope that my sort of Spanish was learned at the knees of a person steeped in Mexican culture. Cuban Spanish is a language that is readily identifiable by their inability to pronounce the letters of the alphabet anyone else in the Hispanic world would pronounce them. 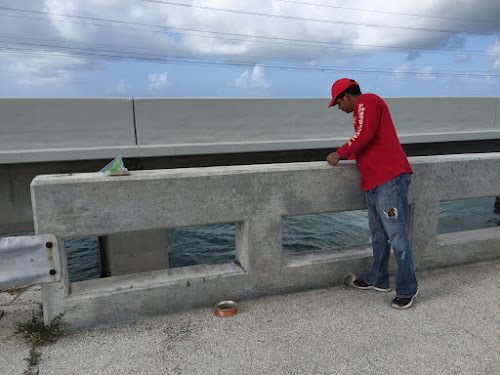 In between meditating on the vagaries of speech I did a fine job of keeping my pig in a fur coat out of the bait. For some reason anglers need slivers of very dead, pungent oily fishes to attract the fish they wish to kill. These fish attract my dog like a pig to truffles. 108 pounds of elderly determined stubborn Labrador in hot pursuit of sun baked dead fish is a bugger to control. 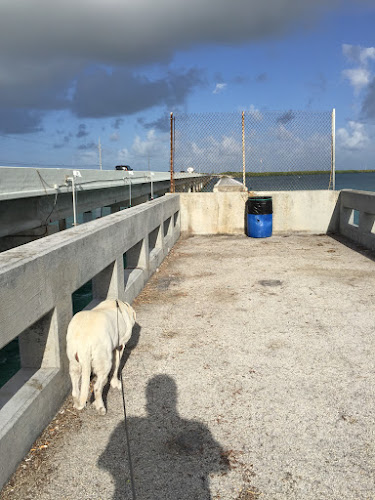 What a day. I love summer, and the water is quite warm enough to swim in every day. 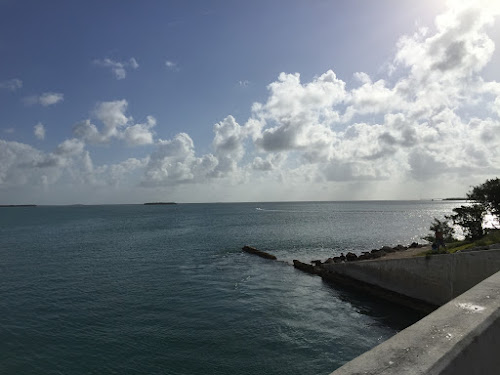 I left them to it, tai chi gymnastics and all and silently wished them all the best in their endeavors and may the smartest creature win. The fish I hope. 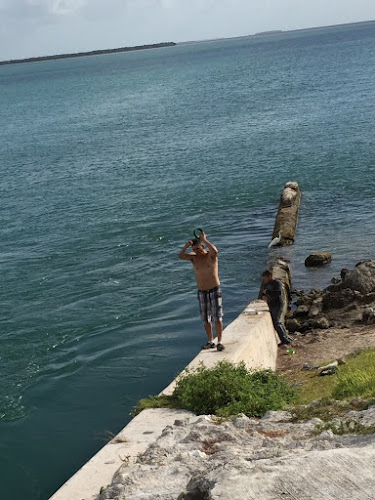 I am an untrusting soul and I reserve the right to assume the detritus of the midnight picnic, fish wrappers, beer bottles and all will. Not be neatly cleaned up and dumped in one of the multitude of trash cans thoughtfully provided by Monroe County. 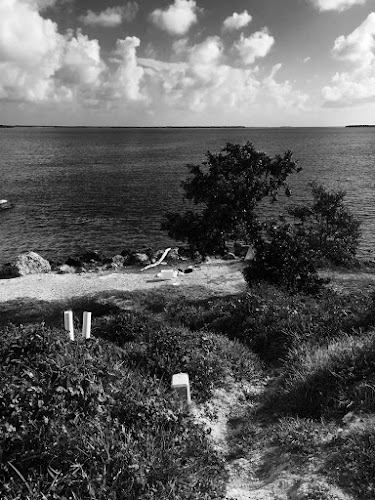 A fine start to the day nonetheless.