It was New Year’s Eve and we were 90 minutes from our destination at the beach. Cousin David’s neighbor in Tucson has kept a vacation home in a tiny run down fishing village and he offered us a space to park as we were looking for a quite spot to rest and relax keeping Rusty from scary fireworks. The plan worked perfectly. 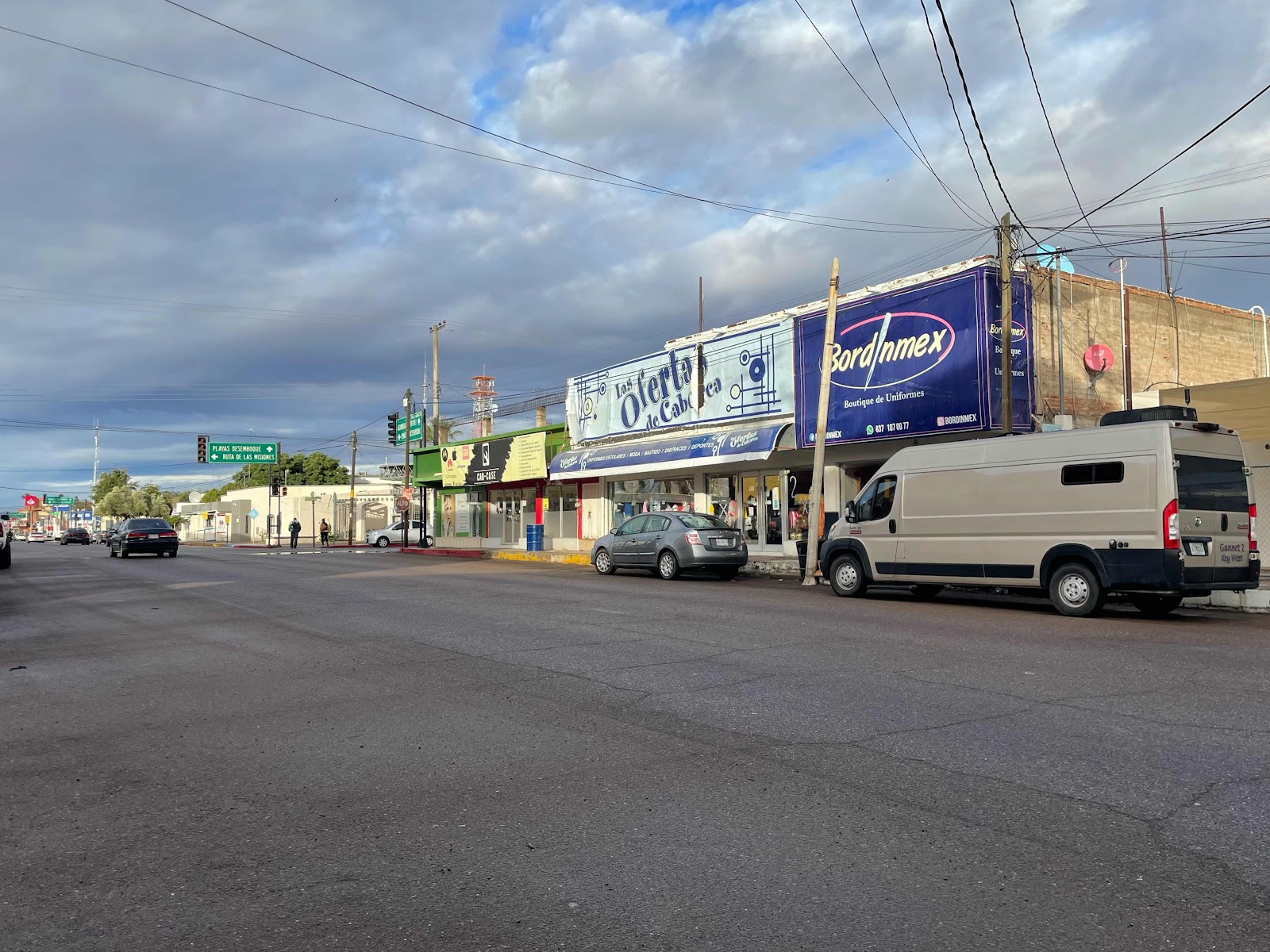 We left the dank gray truck stop around 8:30 after a peaceful night wherein no one bothered us, despite Mexico’s scary reputation. What did bother us was not being able to pull down pesos from the Scotiabank ATM in Caborca.  US banks aren’t allowed affiliates in Mexico but Canadian  banks differ from no such restrictions. However our debit card failed us: no money. And we needed cash for our trip to the beach and a fishing village stay where we expected to find no services. We weren’t wrong on that. 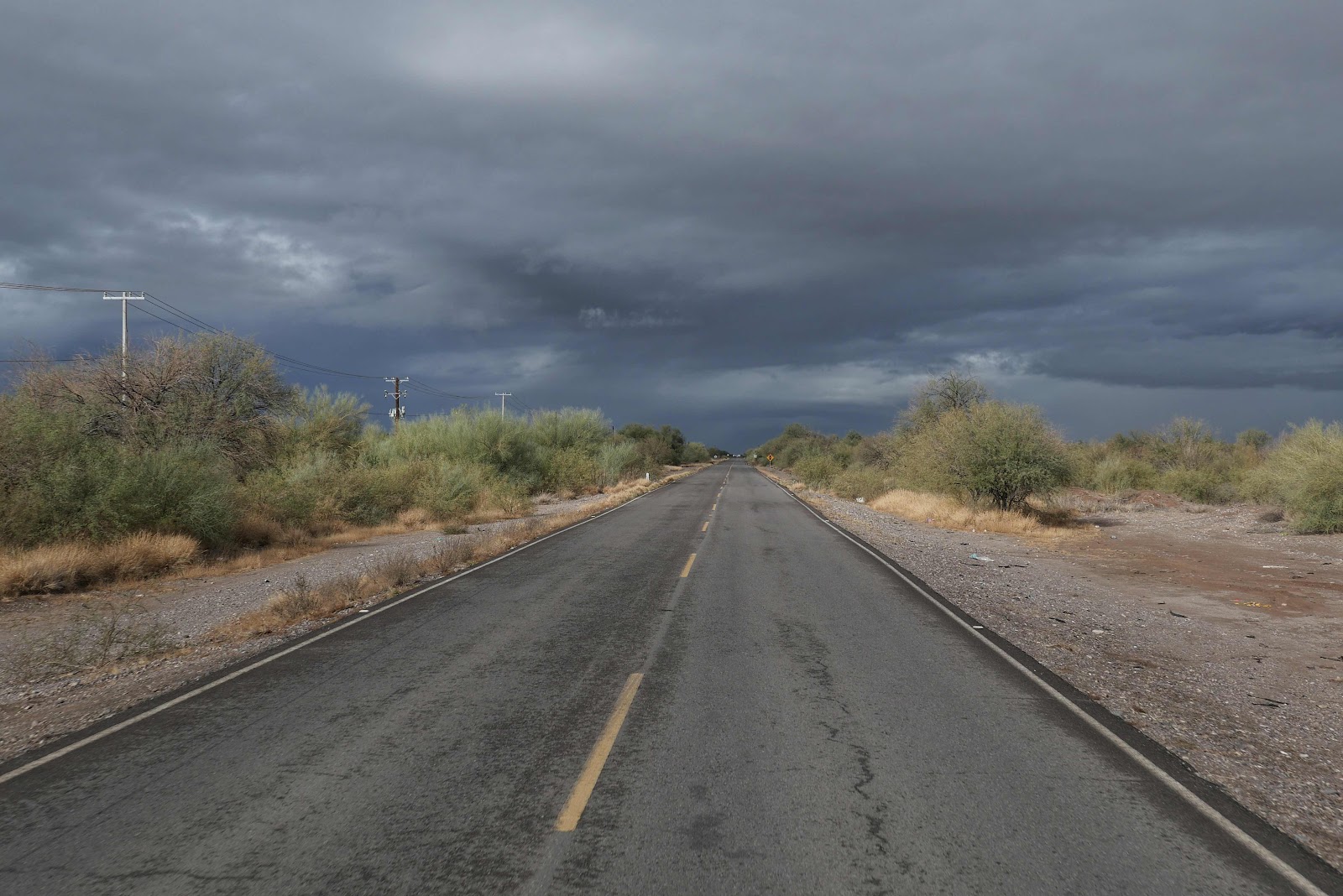 We had to call First State Bank of the Florida Keys who activated our card for Mexico use and off we went to get cash. A nice young Mexican who “wanted to practice his English” helped us with done of the strange extra moves required of the bilingual ATM. Did we want a conversion? That it turned out meant  did we want Pesos or Dollars? What an odd question. Travel and learn! 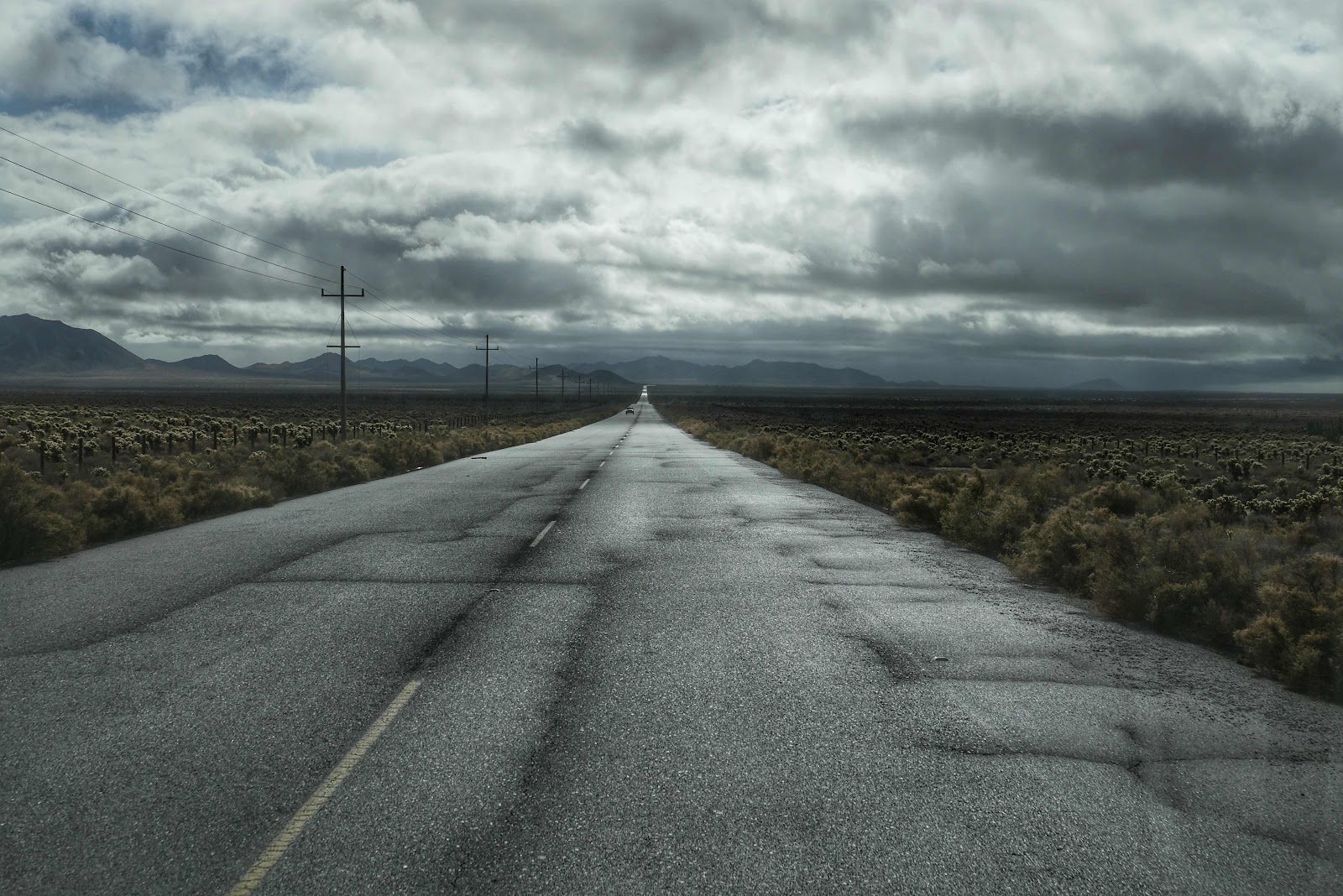 The coast road was long and straight  and deserted. We drove forty minutes and saw maybe three cars…and a few thousand saguaro cacti. 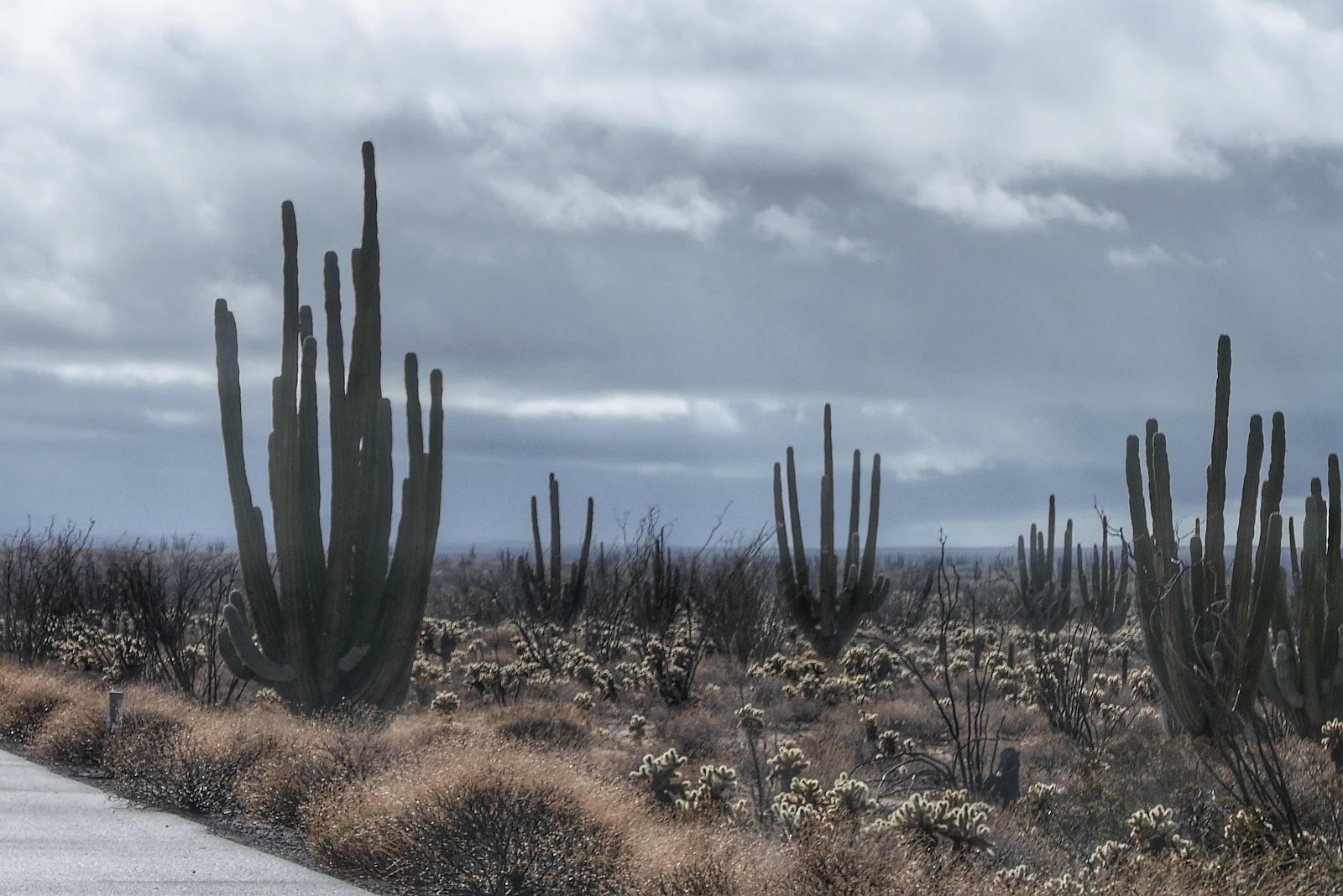 The prospect was a quiet parking spot in this place: 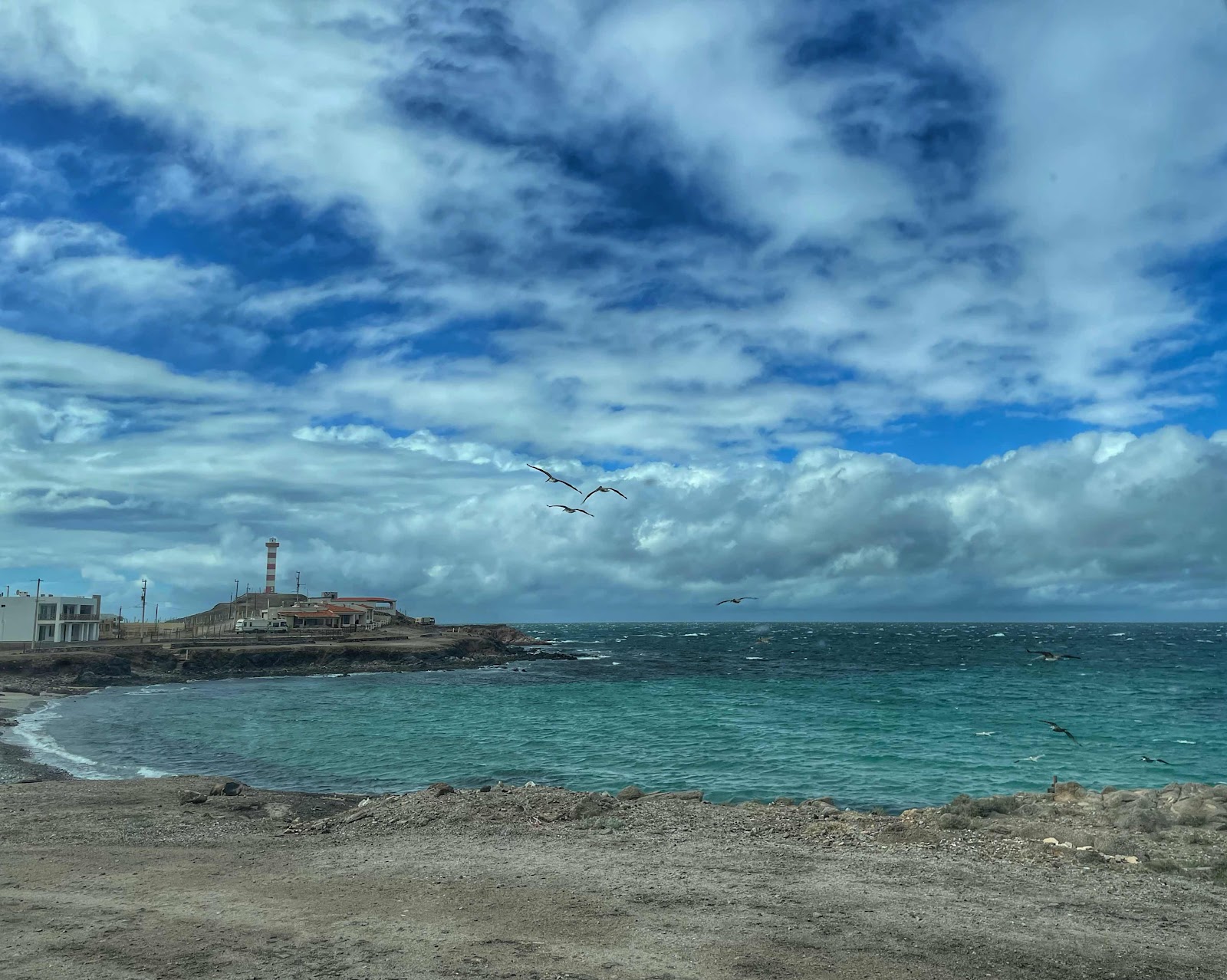 To get there we had three miles of washboard sand track to drive. No problem once we were sure of our direction. The problem arose when we reached downtown as it were. 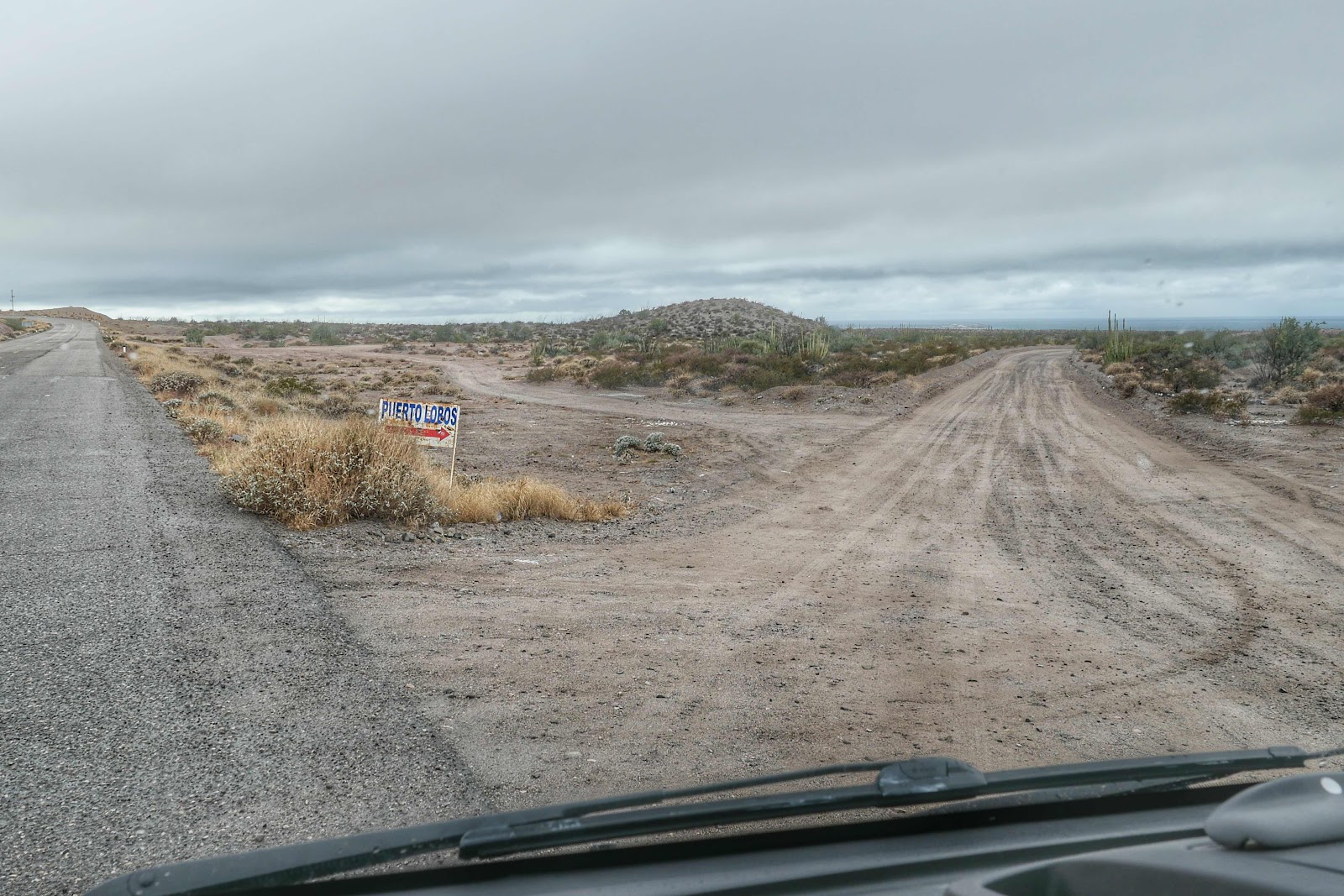 All we had to guide us was a picture of Todd’s house and a promise that Arturo would guide us to a parking spot. There were a surprising number of sandy streets to drive. 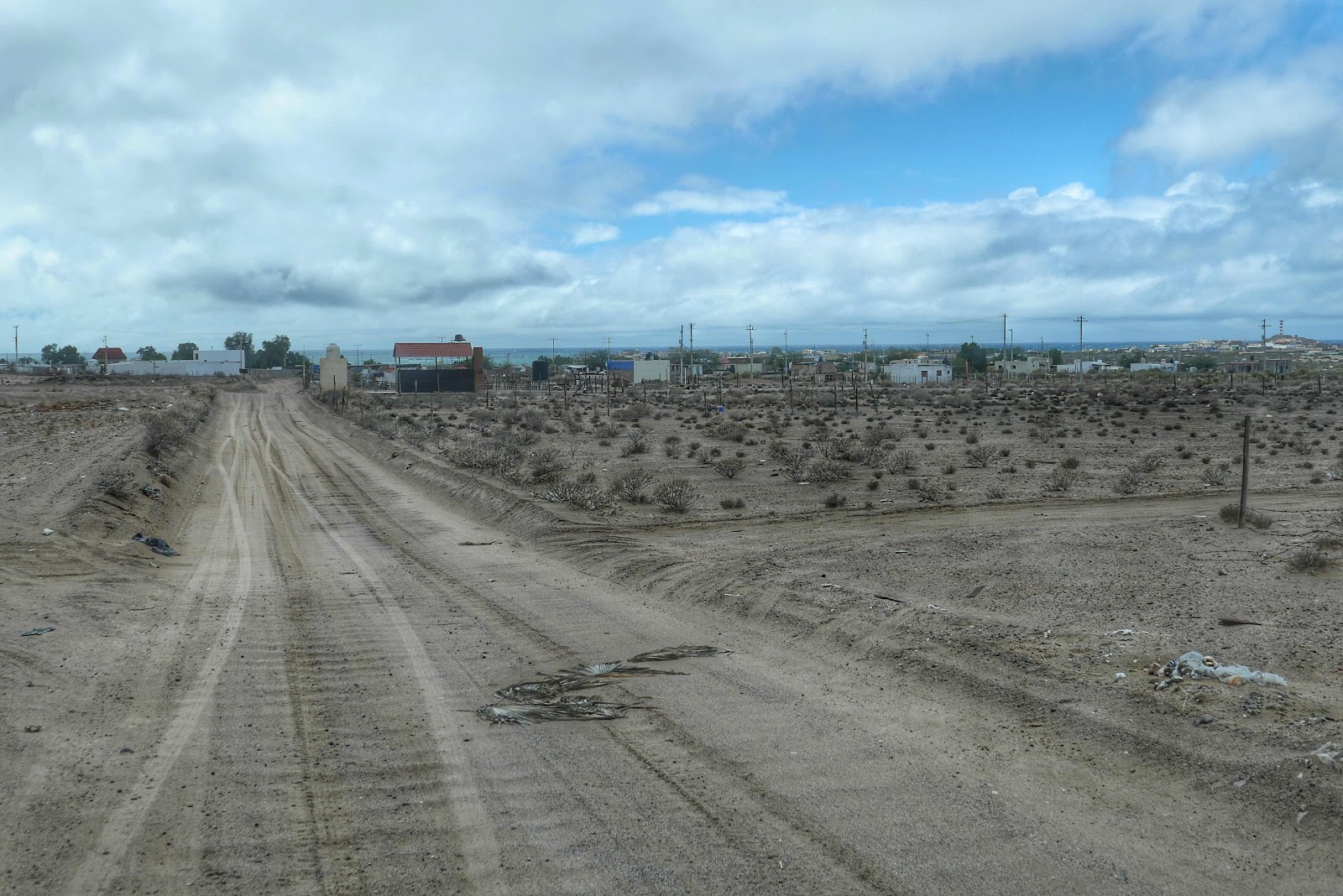 “Follow him,” Layne said as the van passed us. “That looks like the most traveled street.” Good enough. But it didn’t get us anywhere. We turned around at water’s edge. 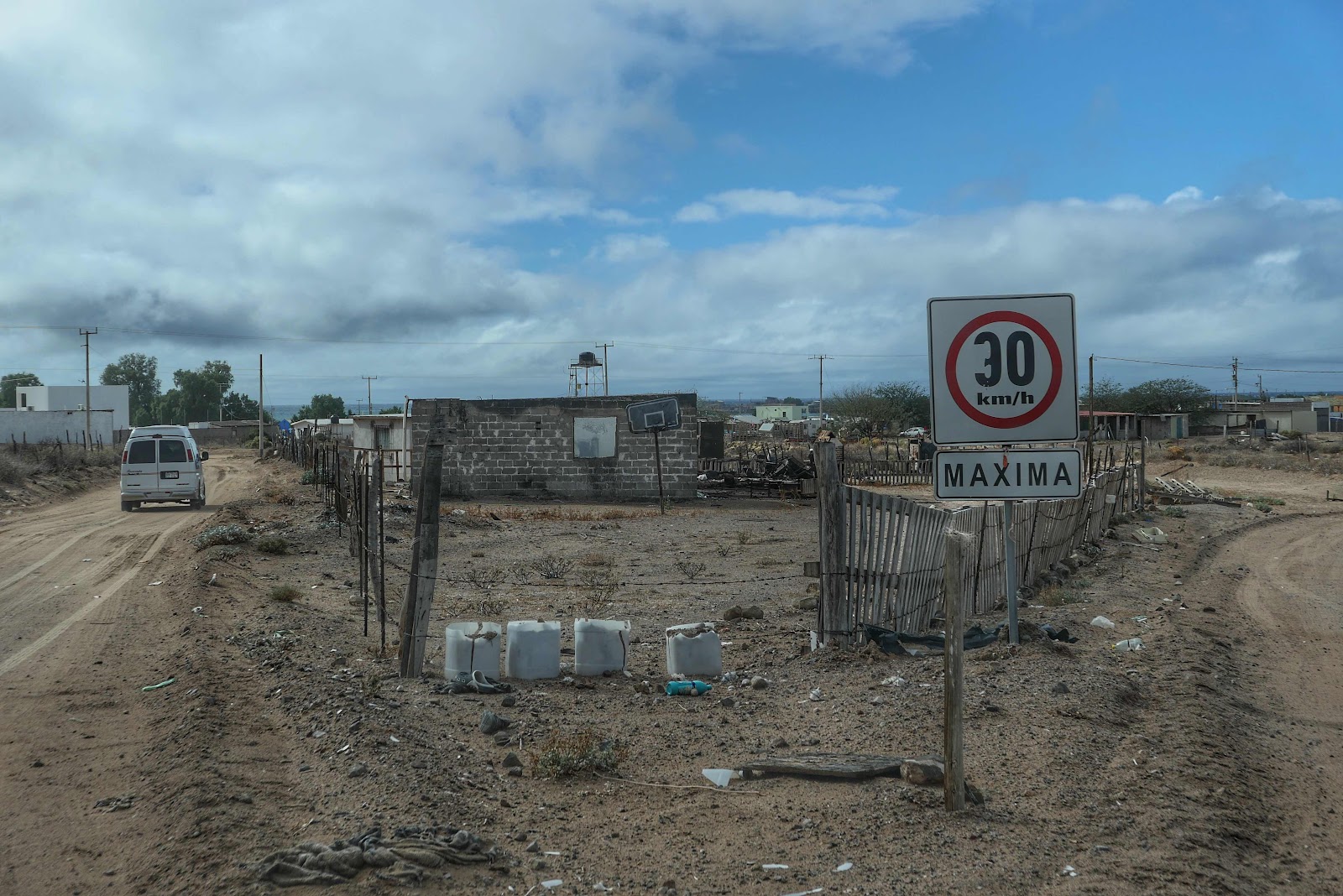 The villagers must have been laughing as we drove back and forth. 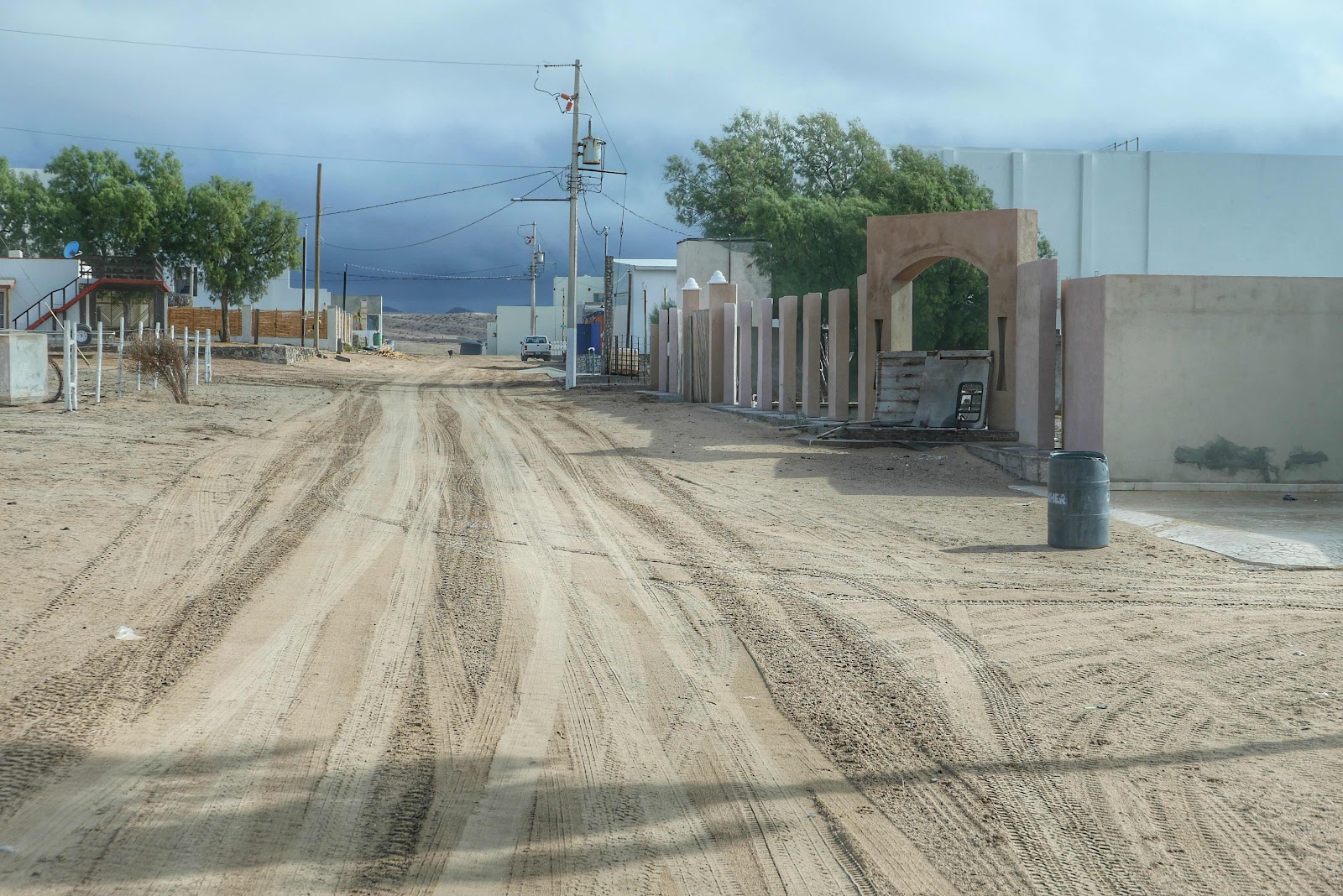 Eventually Layne texted Todd and we got a call from Arturo. In perfect English he explained he was away, doubtless seeking family and bright lights for the special night. Find the blue house near the lighthouse with fishing boats and a truck with a water tank on it. Sounds vague enough, right? It worked perfectly once we backtracked and followed the most used wheel ruts in the sand. 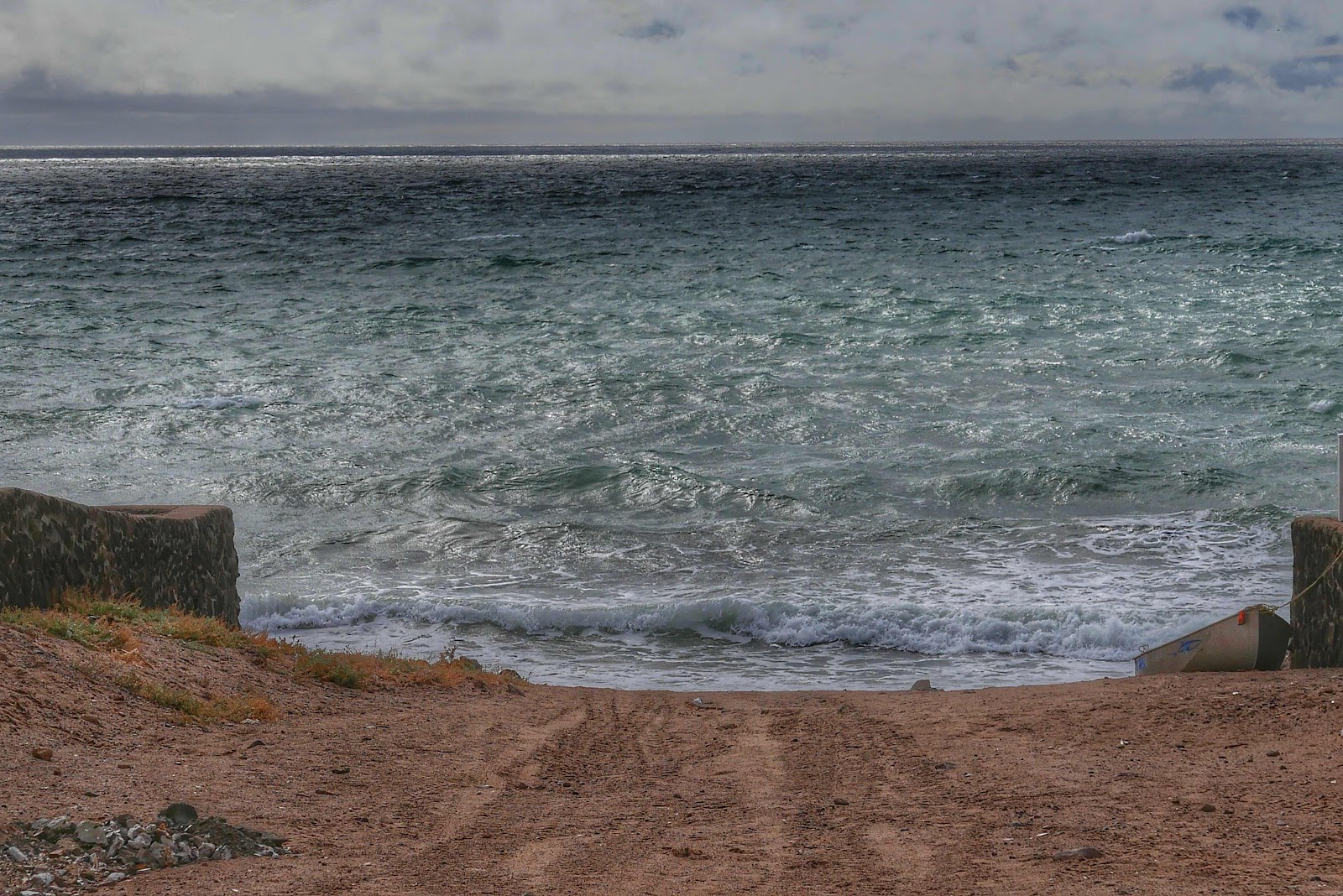 Arturo senior didn’t speak English ( to us at least) but he knew the way, showed us where to park and disappeared. We were alone. I stood in the breeze outside GANNET2 and watched the pelicans. 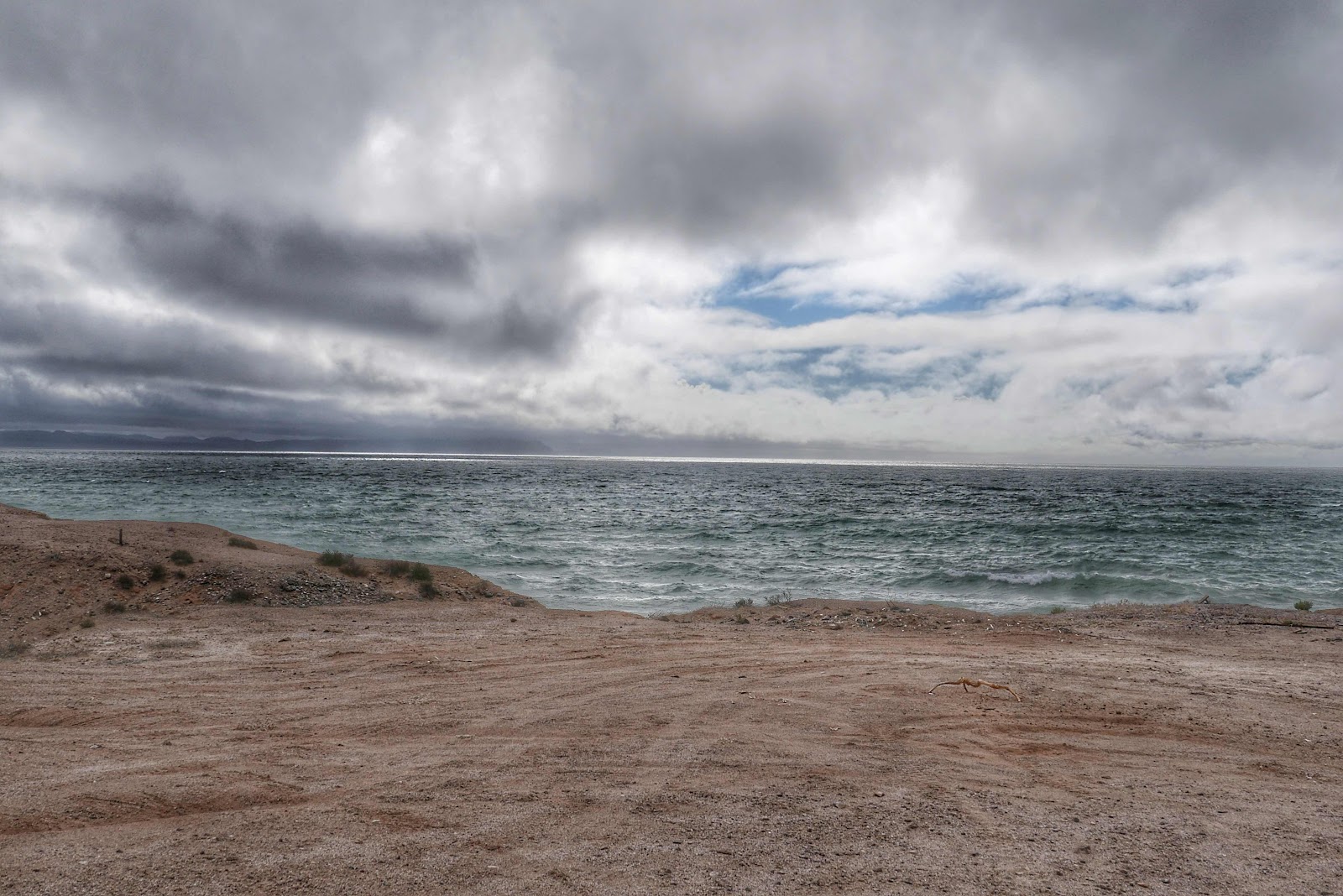 The rain, the industrial scenery, the frigid temperatures, the serious Mexico of industry and commerce was behind us. This dusty fly blown messy trash filled village, resounding with out of season silence and blank facades was where we wanted to stop for a week. 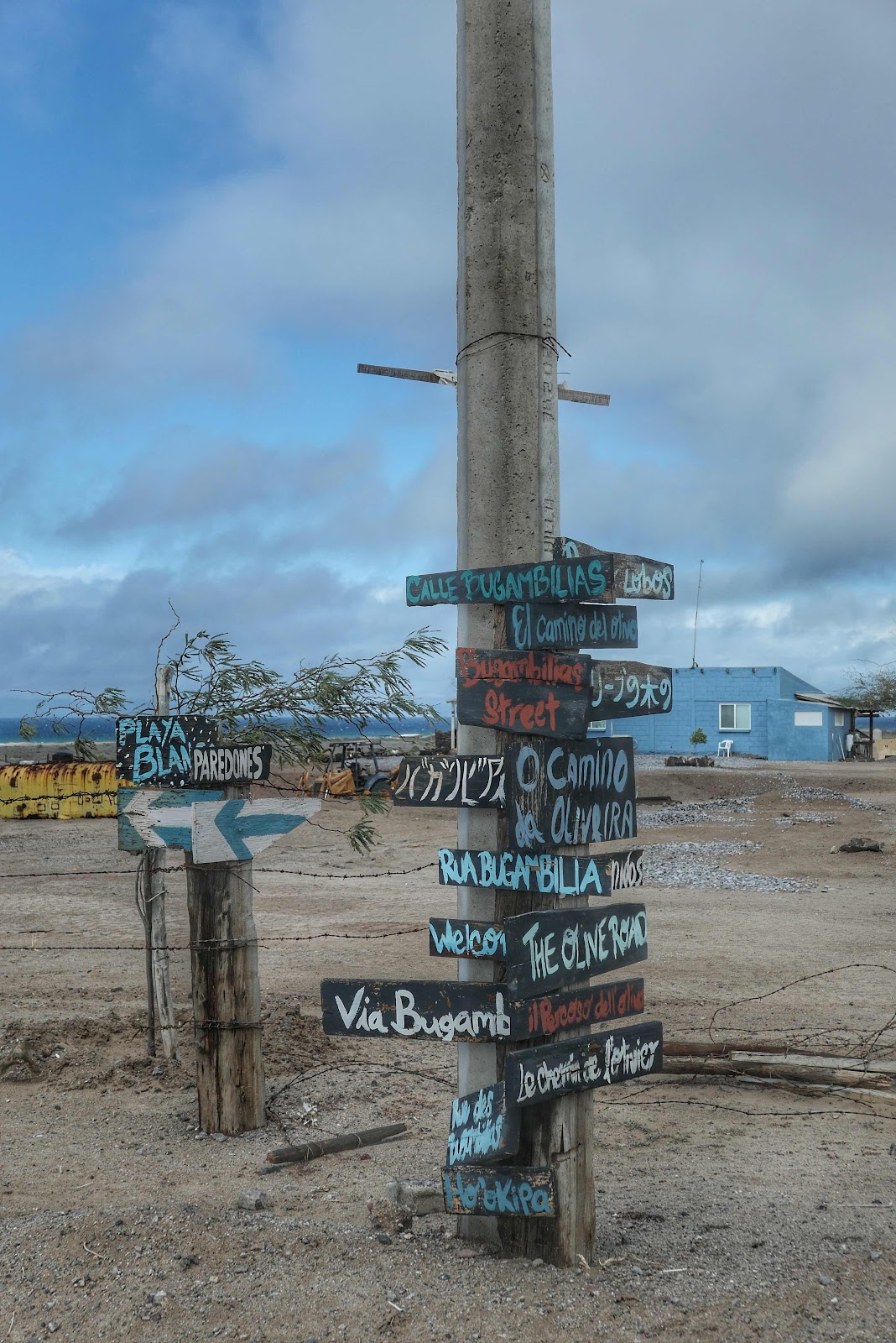 The main part of the village is filled with local dogs which in Mexico live on the streets, fed more or less and hanging out in clusters like naughty school kids on recess. Rusty finds them annoying. In our upper class neck of the woods where the empty visitors homes cluster there are no dogs.  Bonus. 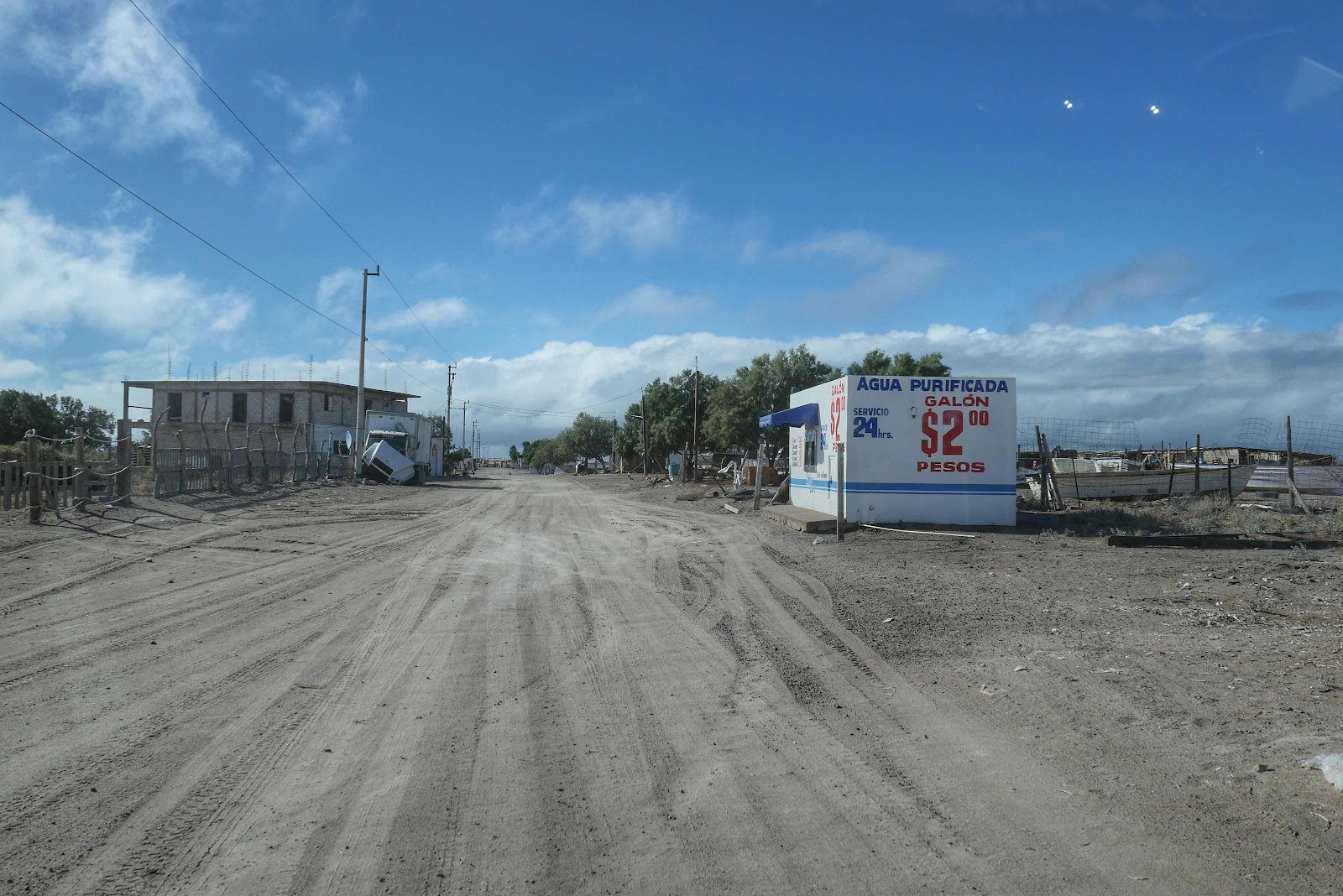 The views, once you get past the trash and rusty barbed wire fences is quite surprising, waves, turquoise waters and arid hillsides. 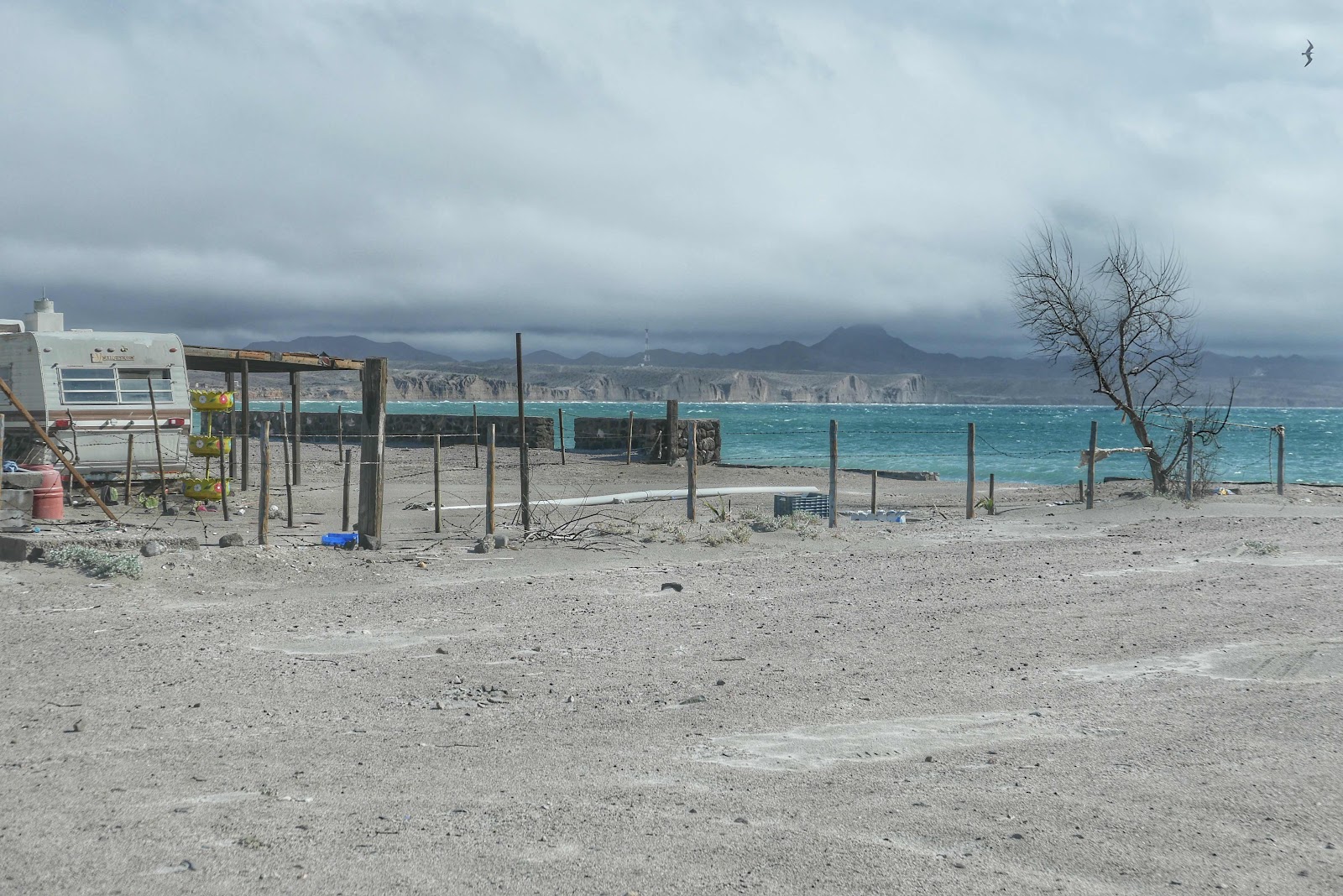 AsLayne pointed out we are better off not on a soft sand beach where the breeze will send sand particles into every prefixes of ourselves the van or the dog. 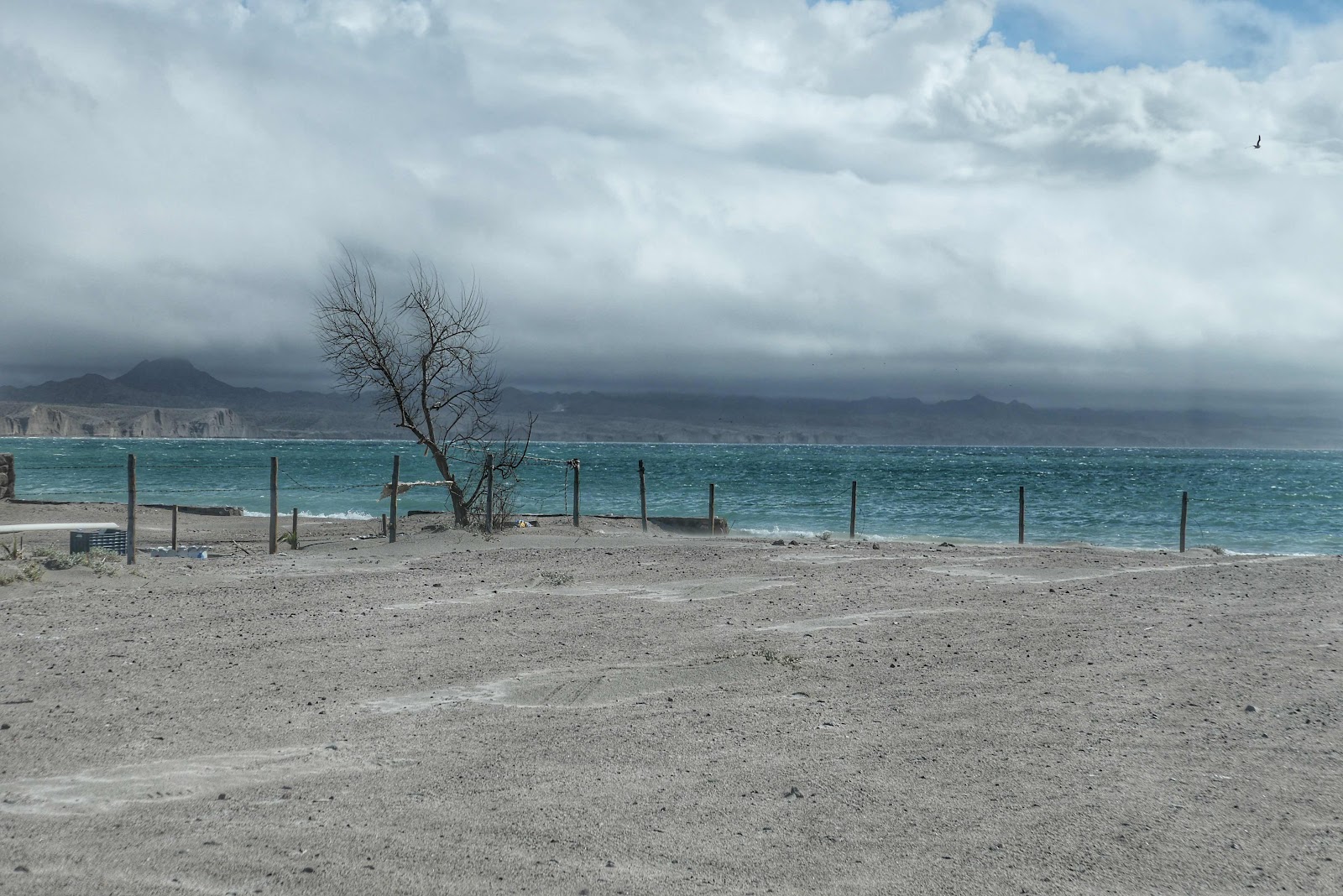 The street dogs crowded Arturo’s car as he led us through the village. They stared in awe at our vast overwhelming Golden Van, and stood respectfully aside. 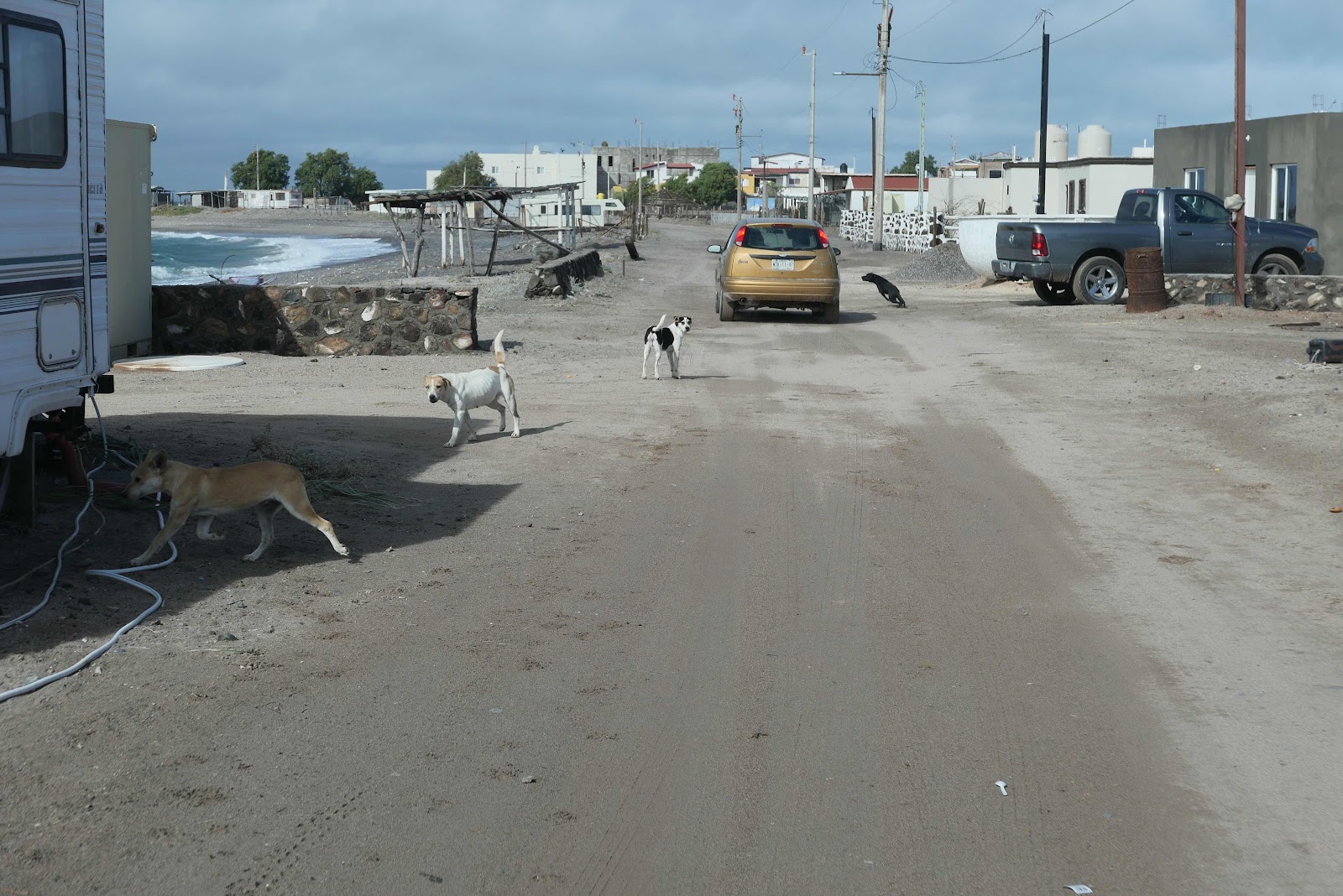 Rusty inspected the area round the van and then spent the afternoon passed out. He has a bad influence on me do I laid down next to him. Layne followed suit and put her feet up in the seats and soon we were all snoring the afternoon away. Great way to refresh our journey worn bodies. 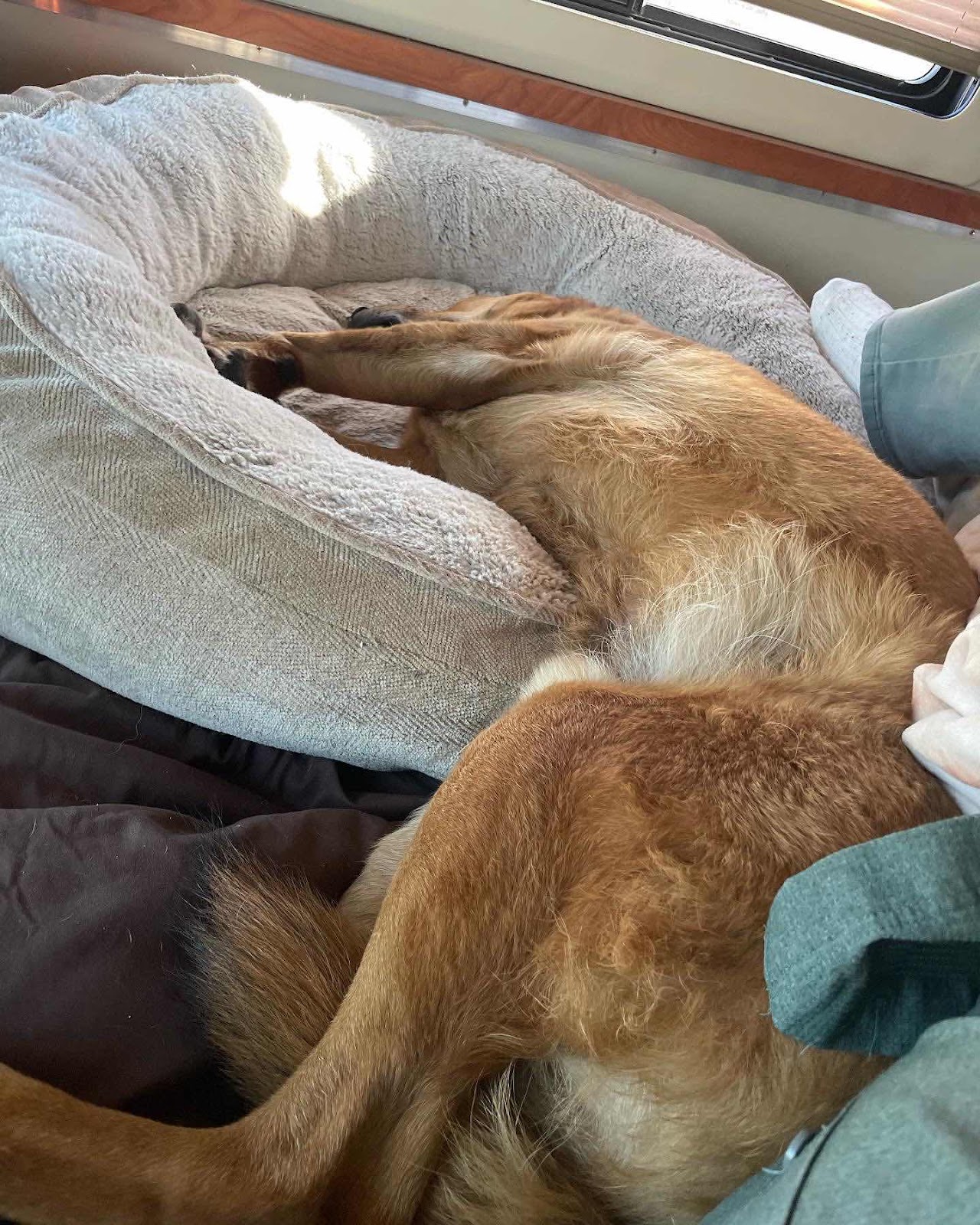 The idea of not driving for a few days…cell phone service most of the time…vast stretches of sand at low tide and so forth. Well we could manage that I think. 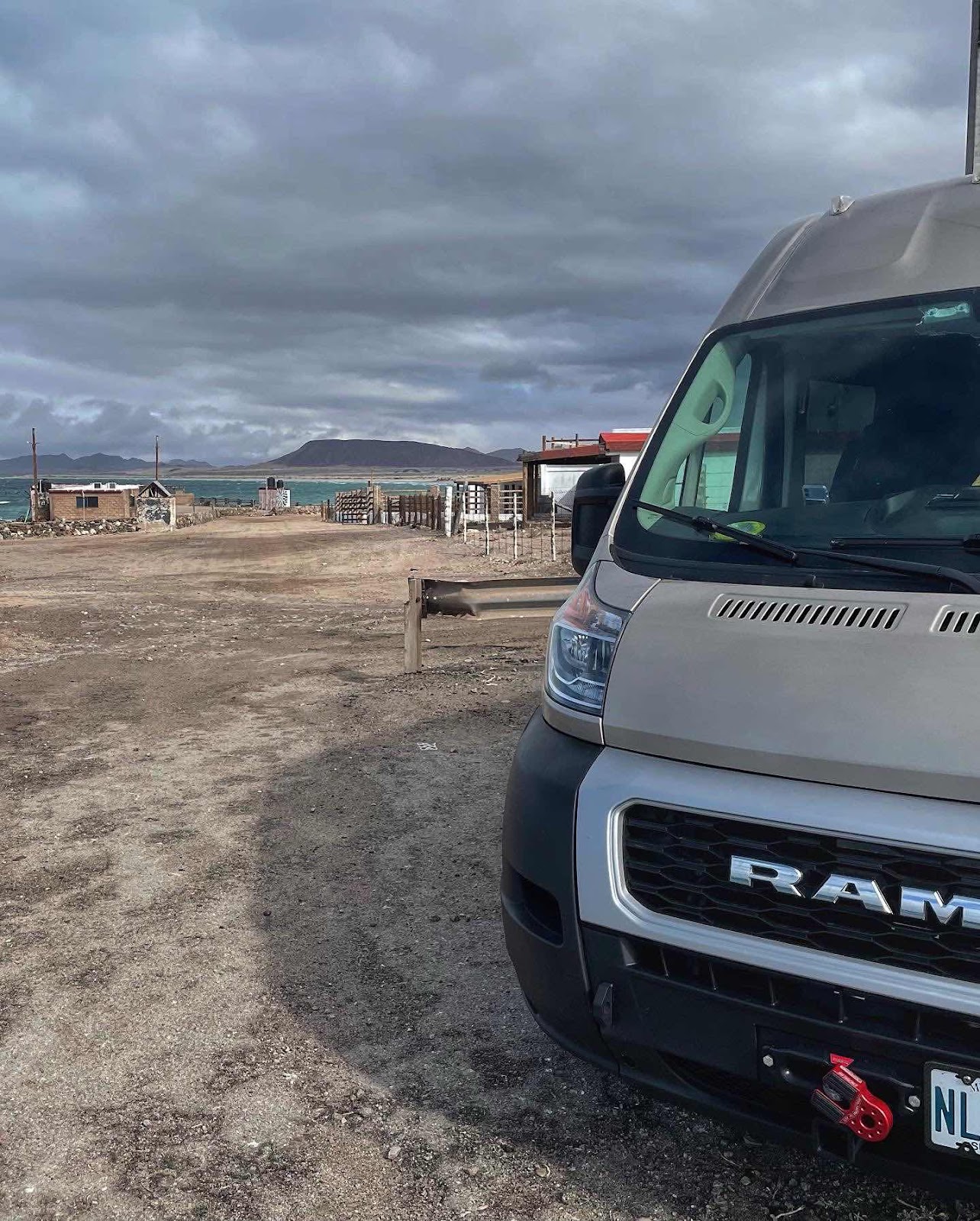 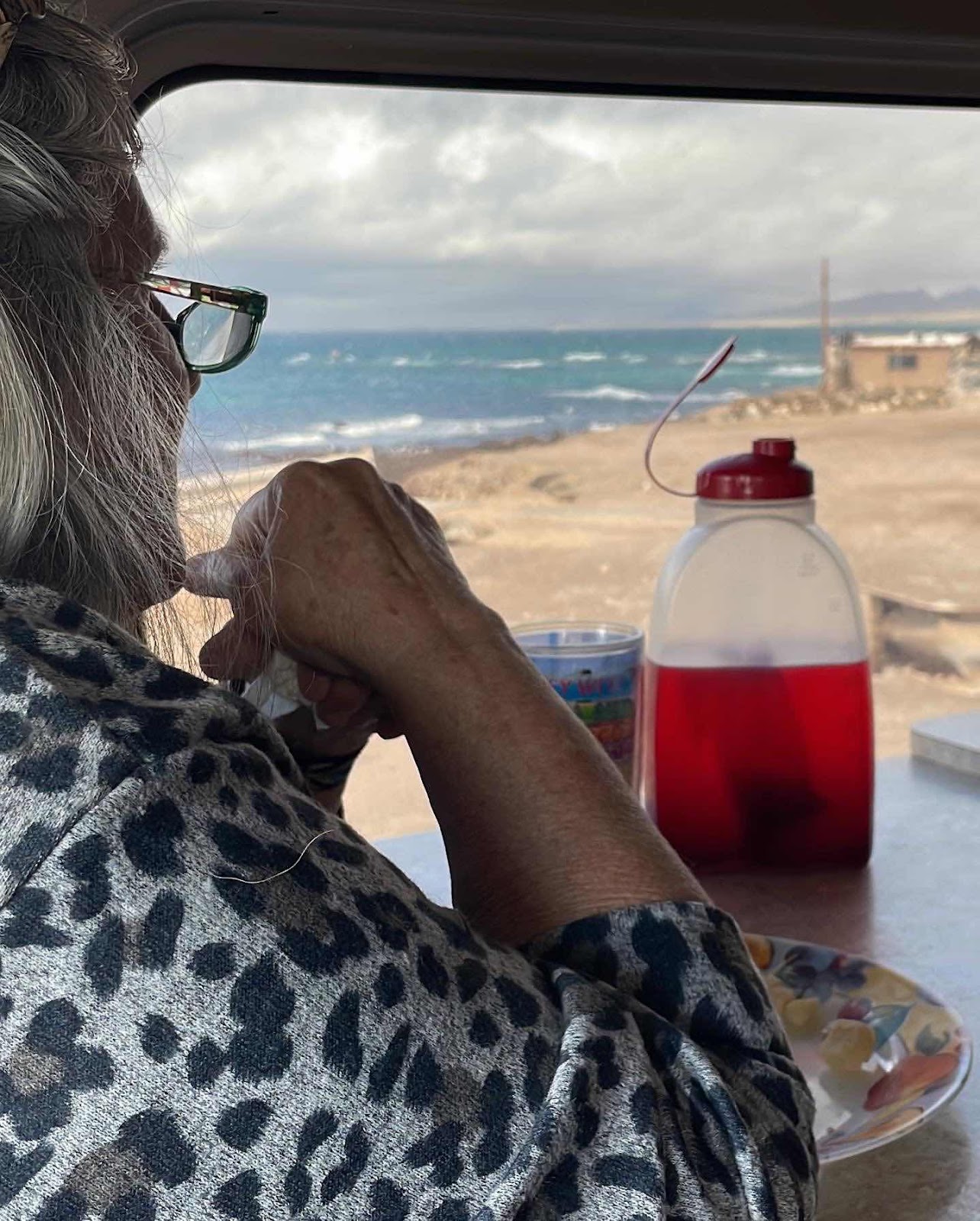 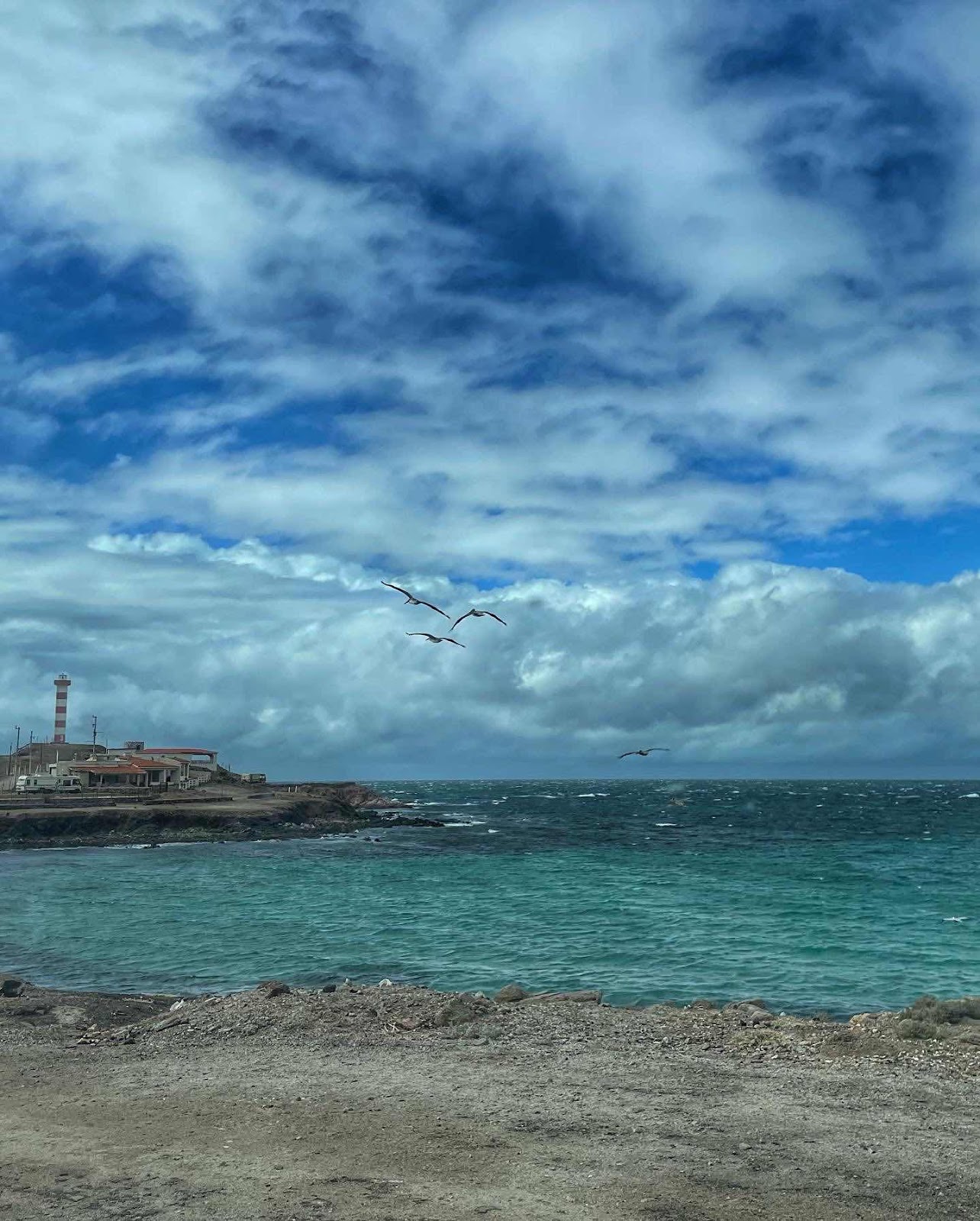 This isn’t a fancy place, a resort or a wealthy gringo playground. They have purified water for drinking, electricity and street lights, but oddly we saw no church. Fishing and self reliance, ignored by the outside world. I wonder if we will get a peek inside their world. Forgotten by everyone else. 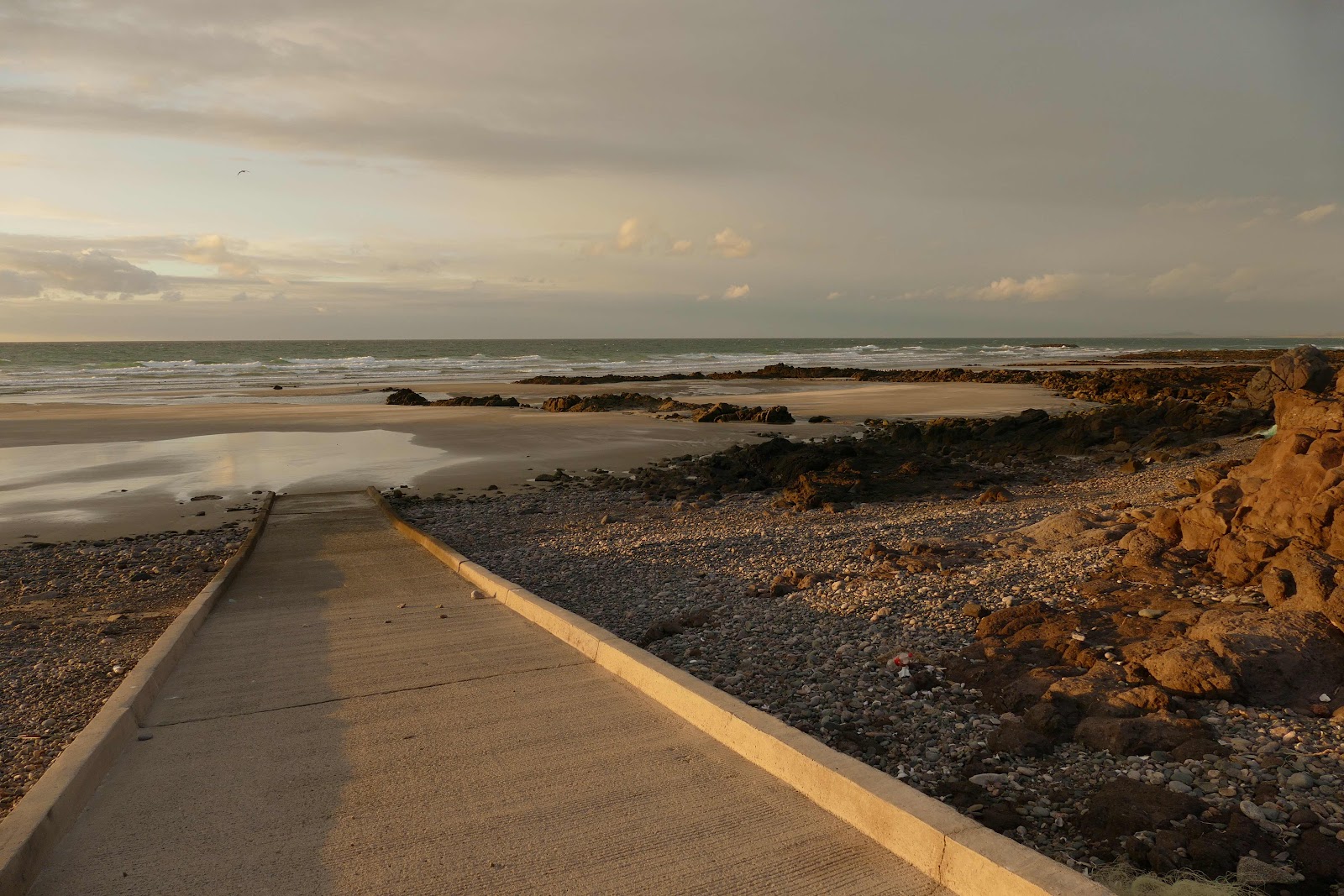 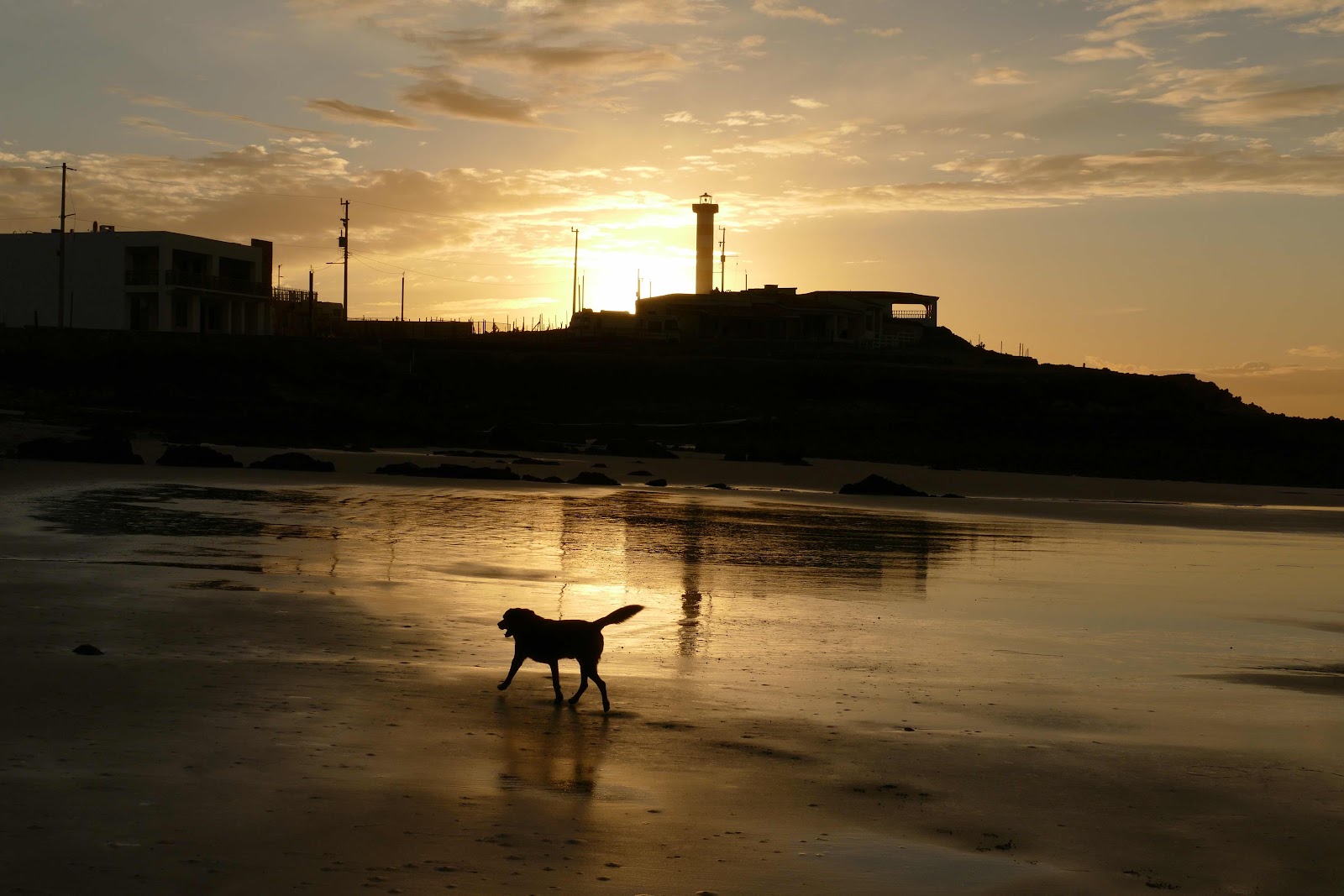 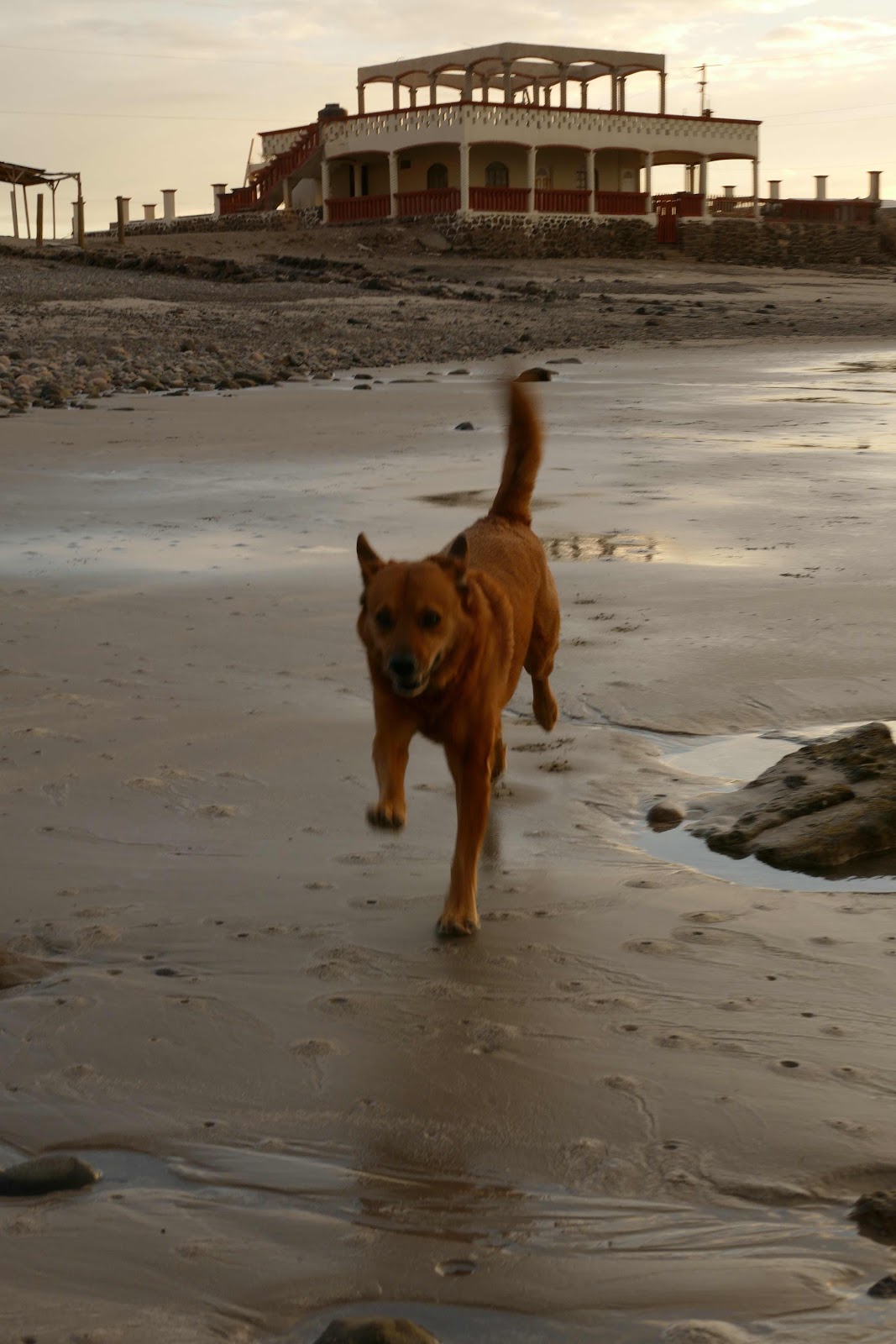 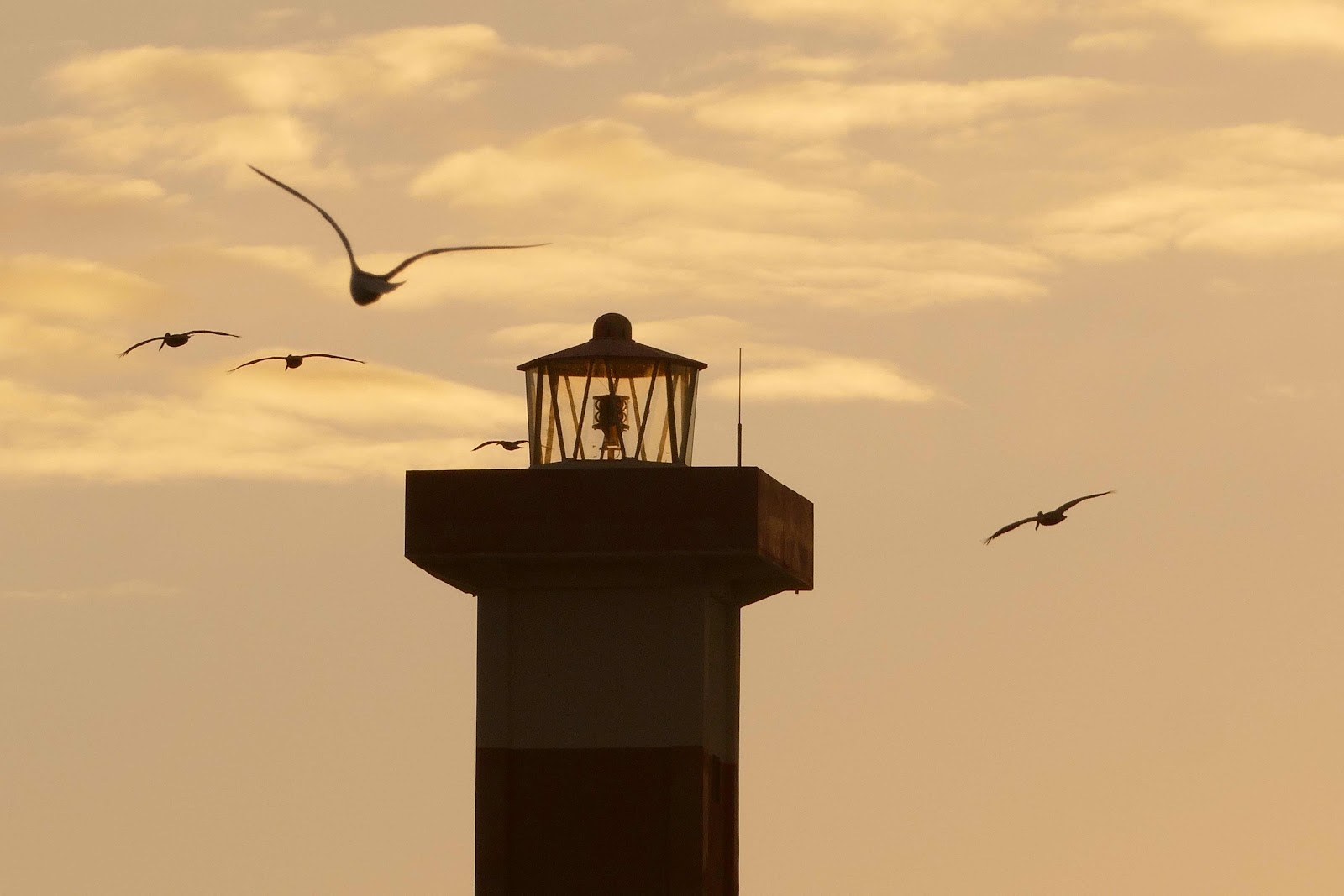 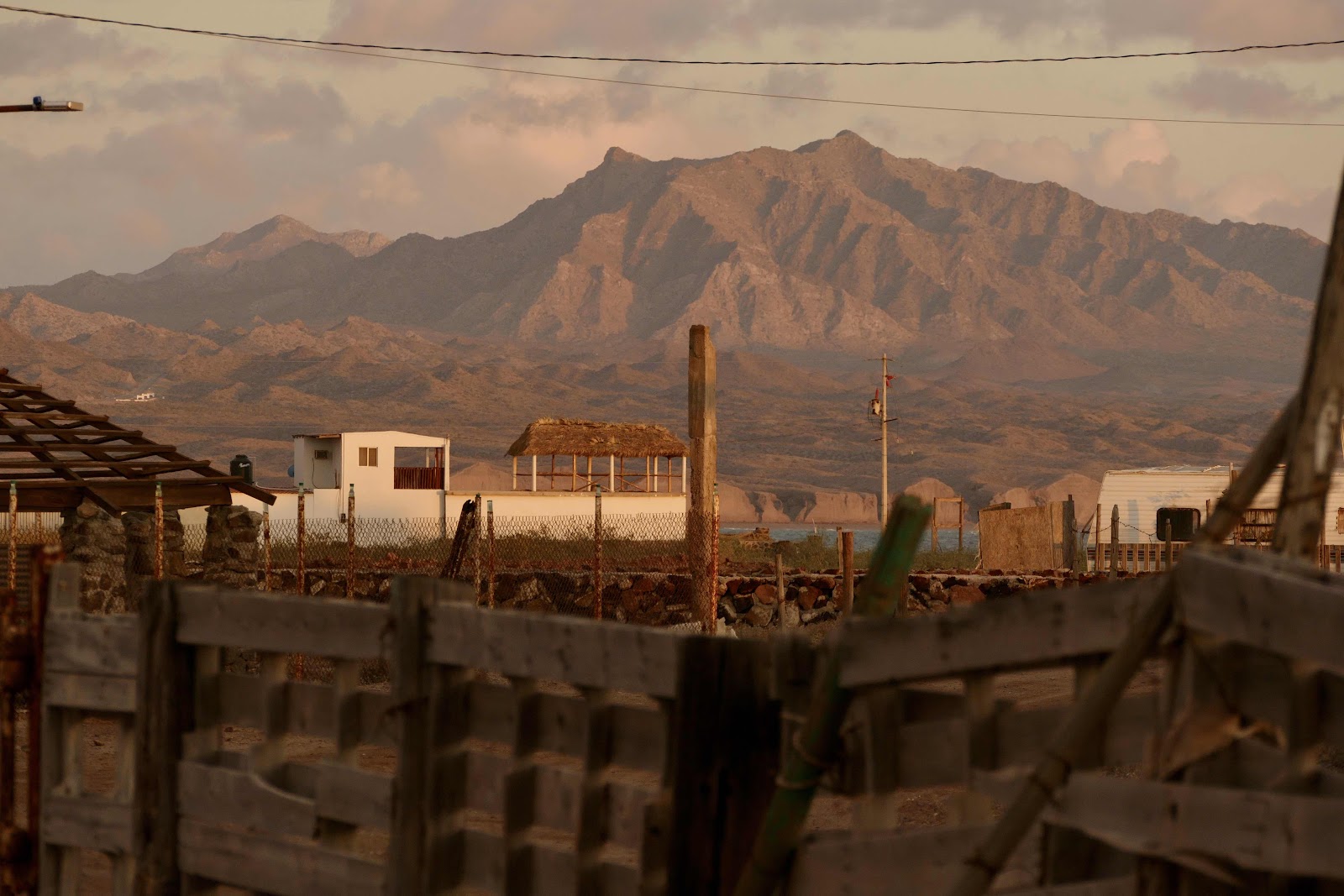 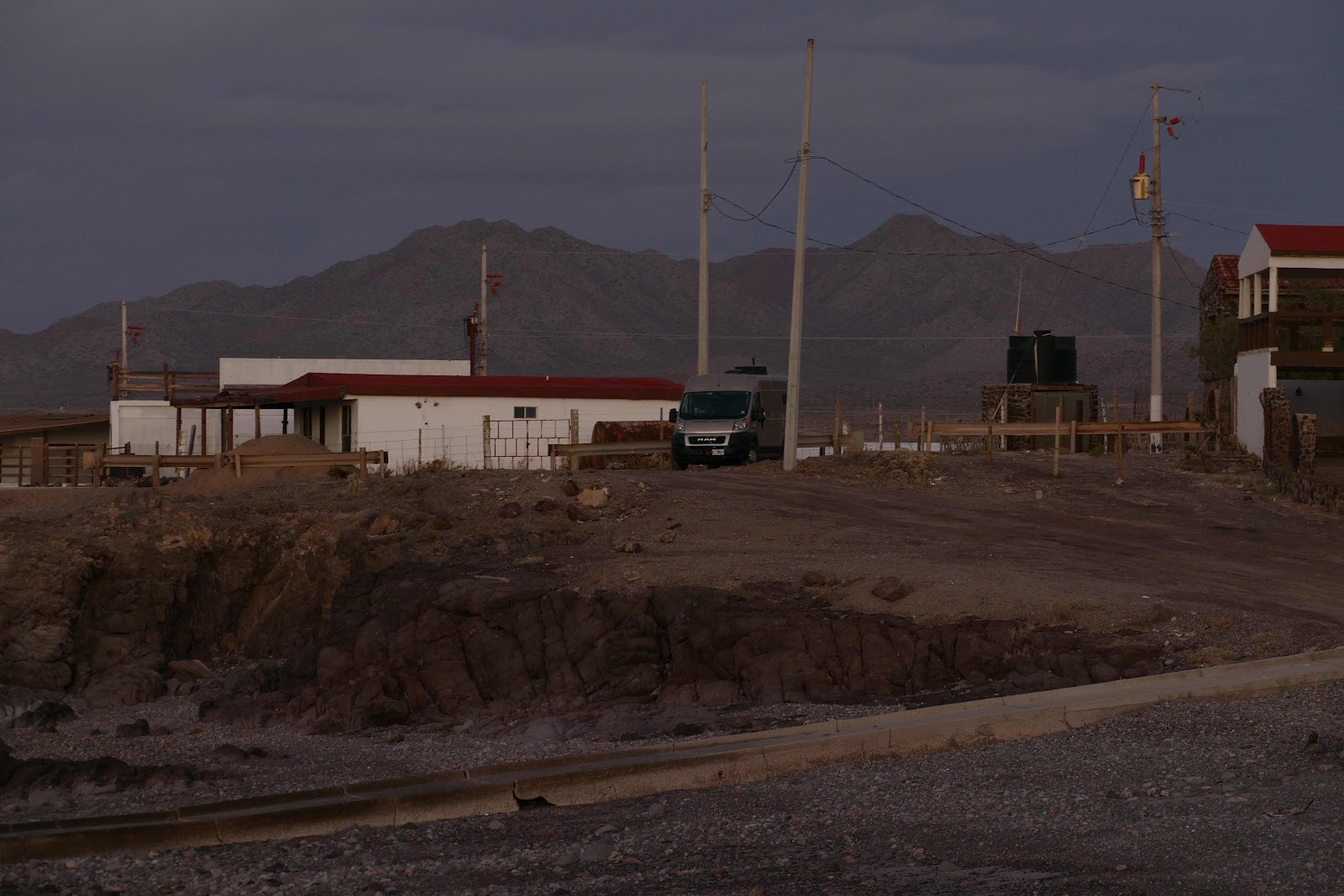 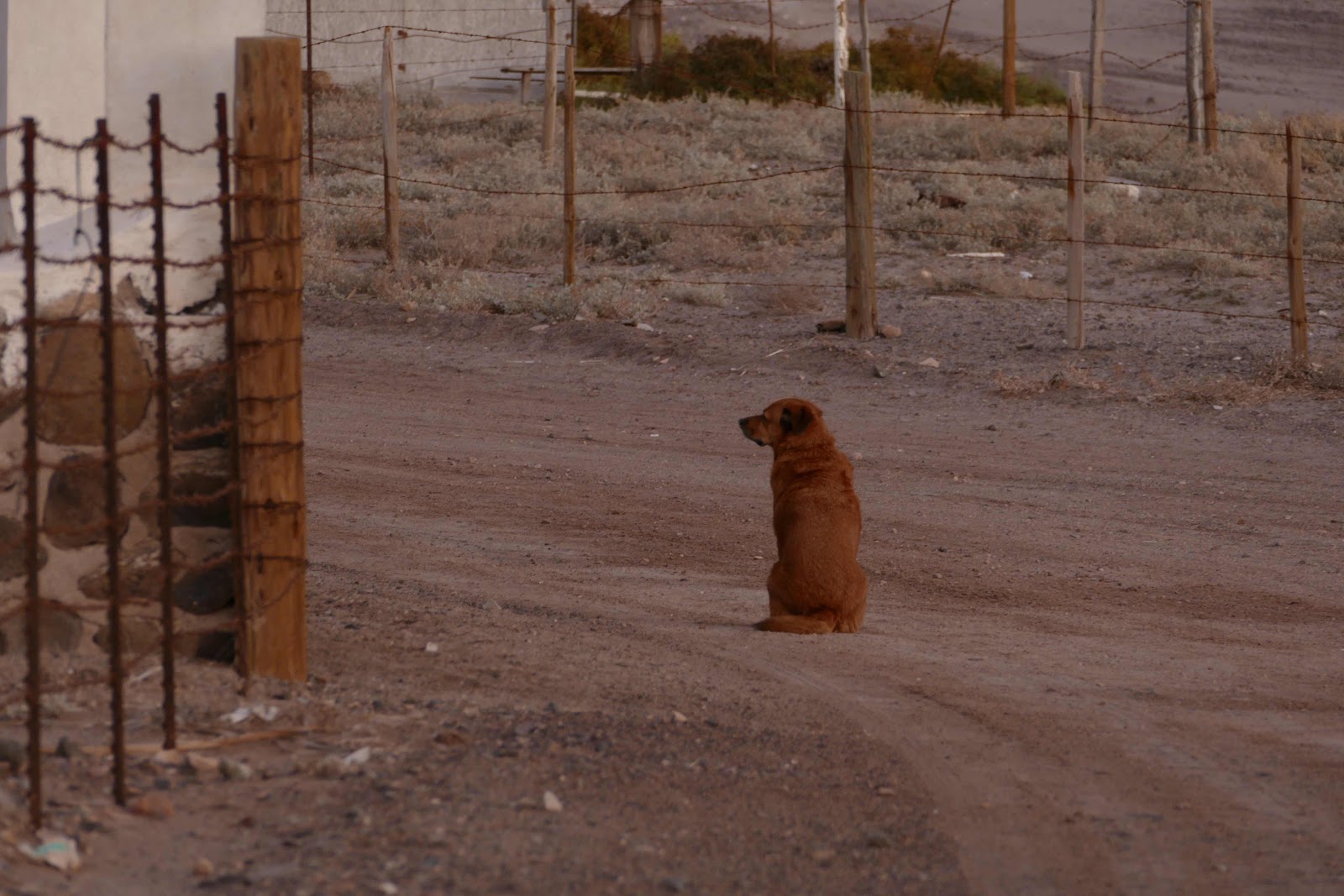 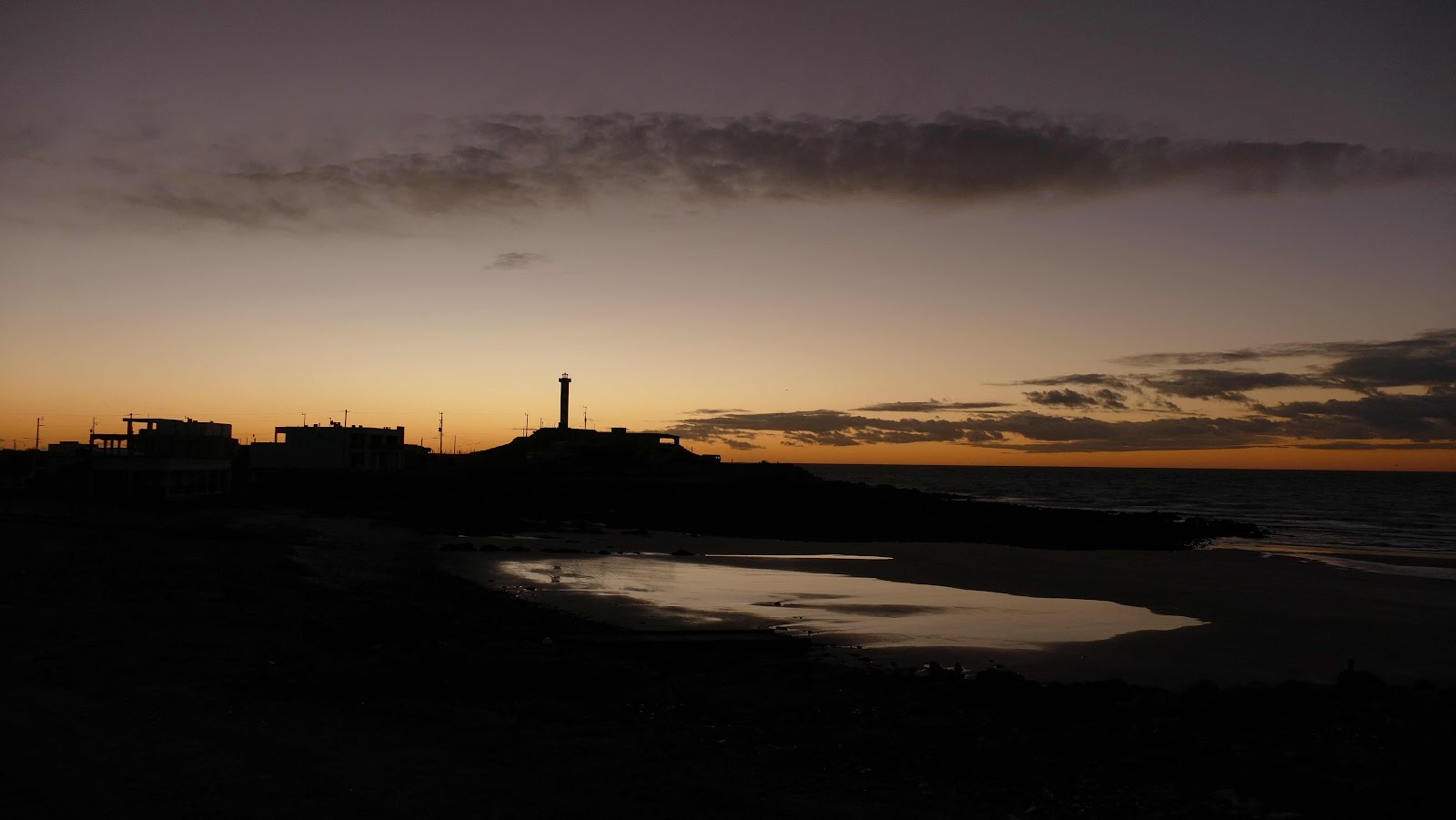 This will do nicely as a place to wind down and slow the pace. Thank you Todd.
Posted by Conchscooter at 2:00 AM 3 comments: