He wasn't wearing a  tutu but standards have dropped a bit in the Key West eccentricity stakes so a bizarre hat will have to do: 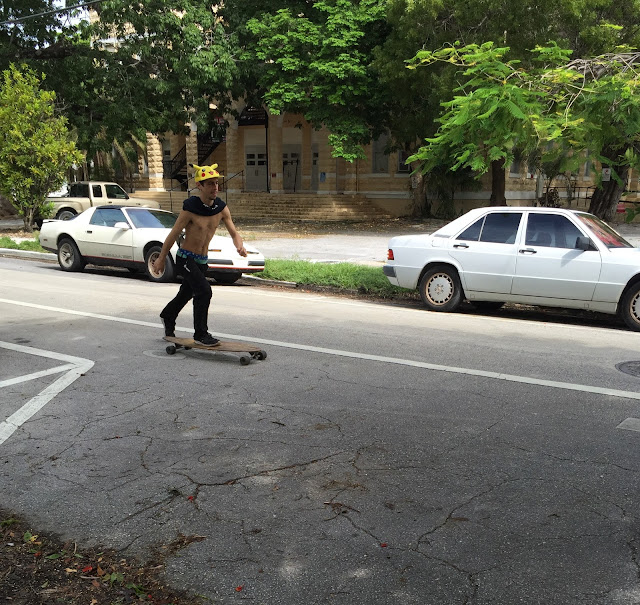 Rusty decided it was time to imitate Cheyenne and started rooting around under a car for no apparent reason. I did hear some satisfying crunching after a bit. 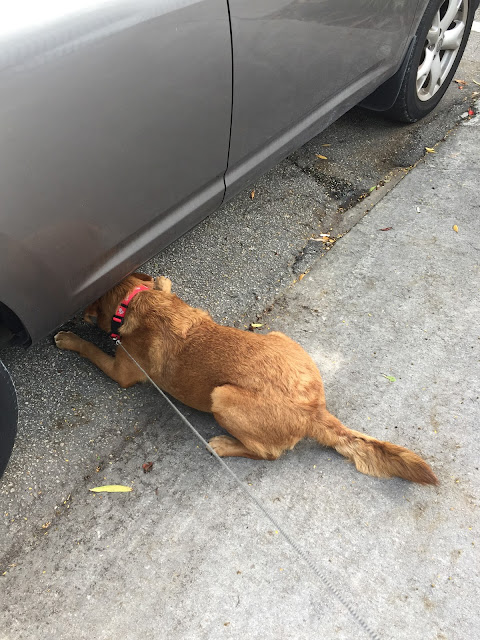 The front of the car puzzled me. I figured it was just some driver with a light grasp of Biblical characters, like the parent who named a child Cain when they meant Abel. 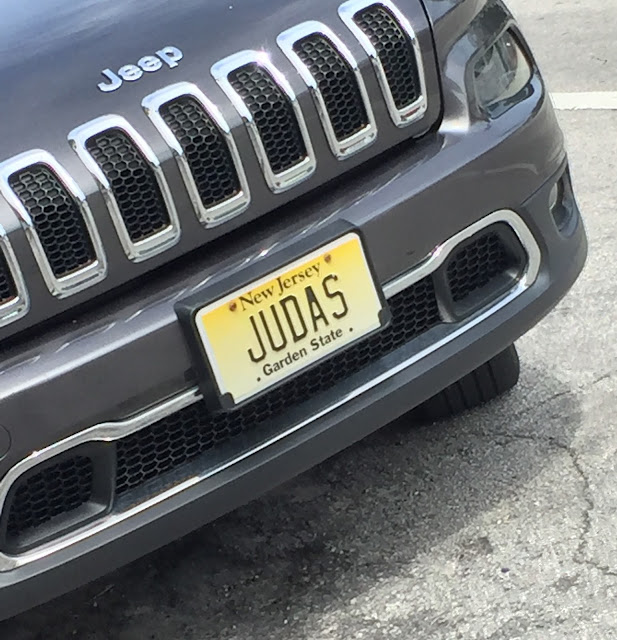 We knocked off the state primary election at the end of last month and now we are in the final weeks of tortuous electioneering which will culminate in all these signs being taken down. Maybe. 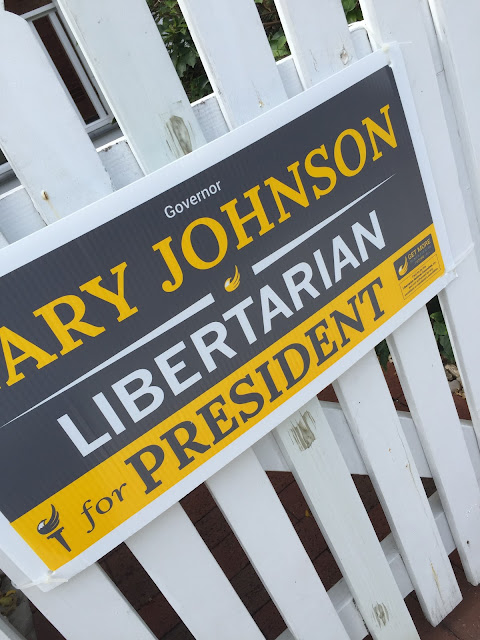 This rather incoherent message  has made its way onto Southard Street: 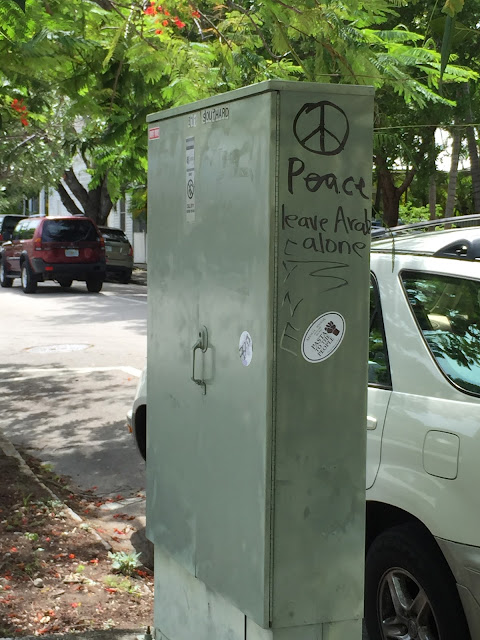 And then there are all those lovely signs that brighten up Old Town so much and make it so much more attractive than it would be without them: 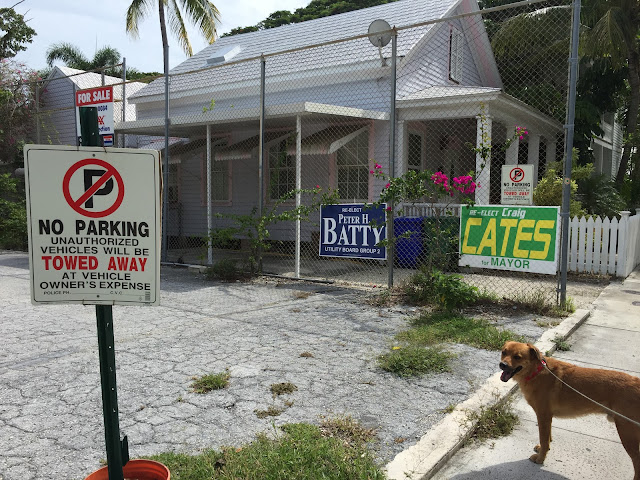 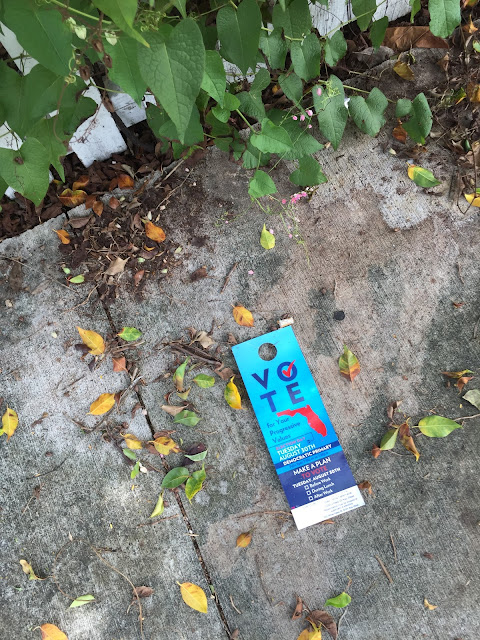 Through it all Key West remains tranquil and lovely. 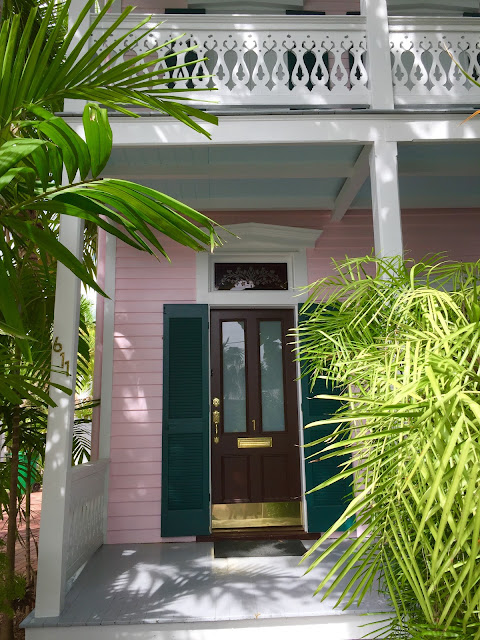 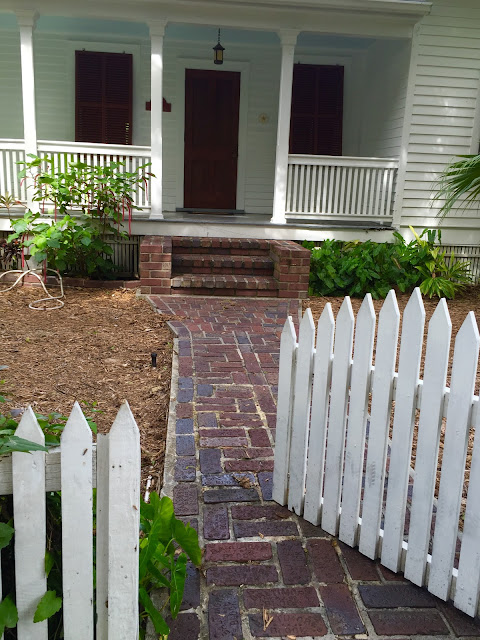 I still like to receive a printed newspaper daily in my driveway but I wonder how much longer such old fashioned print will survive. 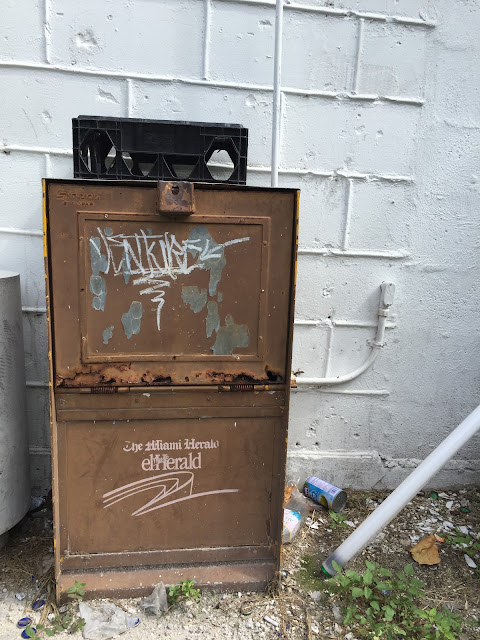 The State Attorney election is a funny race. Not many people realize the state attorney (in some states the District Attorney) is the most powerful local politician, the one who chooses who and when will be charged  with any crime ranging from battery to bribery. In Monroe County there has been a furious back and forth since Mark Kohl was ousted a couple of election cycles ago.  He was replaced by Dennis Ward, and Kohl's assistant Catherine Vogel left to take a job in Ocala. Then Dennis Ward prosecuted a popular local man and lost the Conch vote when former Schools Superintendent Randy Acevedo went to jail over his wife's pilfering (she got eight years in state prison). So the vote turned and Vogel saw her way back to Key West and got herself elected. Dennis Ward hasn't given up so now they are having a rematch this fall. And so it goes. If you don't have a private income in Key West you leave town when you lose your job. Acevedo is getting married to a nice woman, not a kleptomaniac apparently, and he has another job outside the school district. Its a shame because he was a great superintendent even if his then wife was mad. 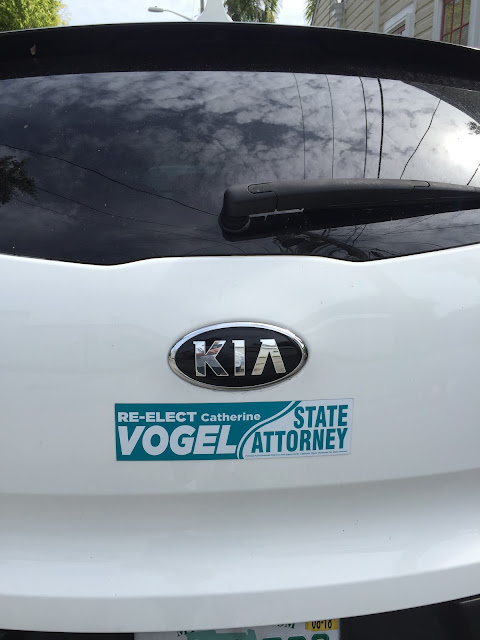 Finally Key West has quieted down a bit after a prolonged busy summer and its safe to use the streets for a few short weeks until snow starts to fall Up North again. 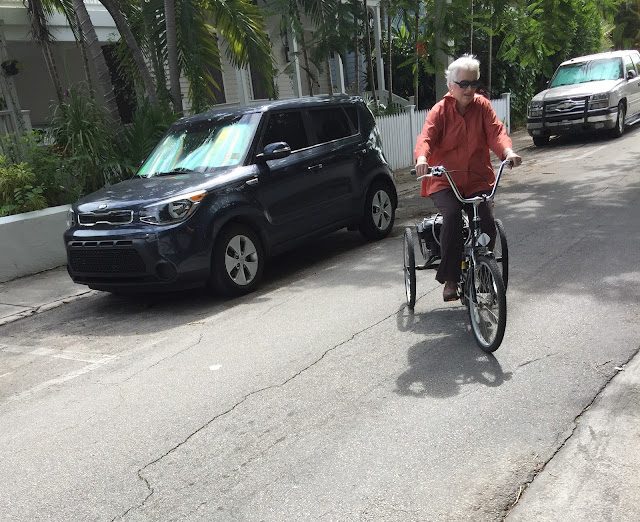 I overheard the letter carrier and the UPS guy talking about the relative merits of their jobs. These days the postal service seems like a tricky career with the attitude in Congress toward the postal service. 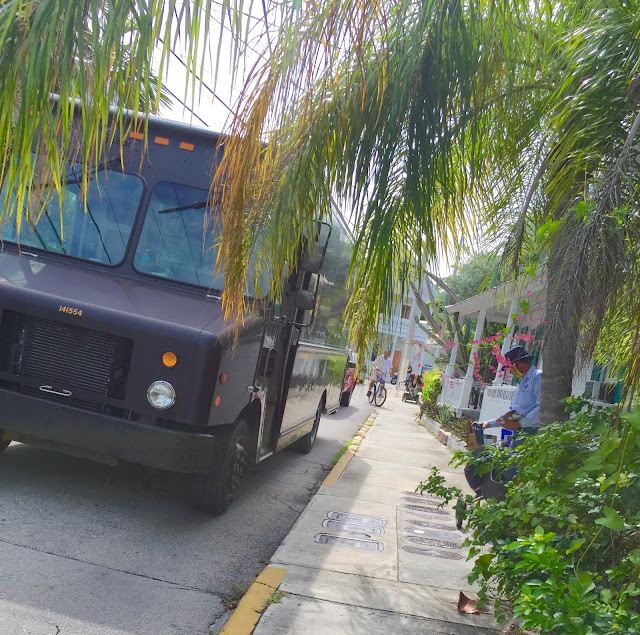 There was lots to see here apparently, and a scooter rider with sandalled feet arouses no surprise in Key West. But I hate the way amateurs drag their feet as they ride. It doesn't improve their balance, rather the reverse and should their feet hit the ground at speed they will hurt themselves badly. 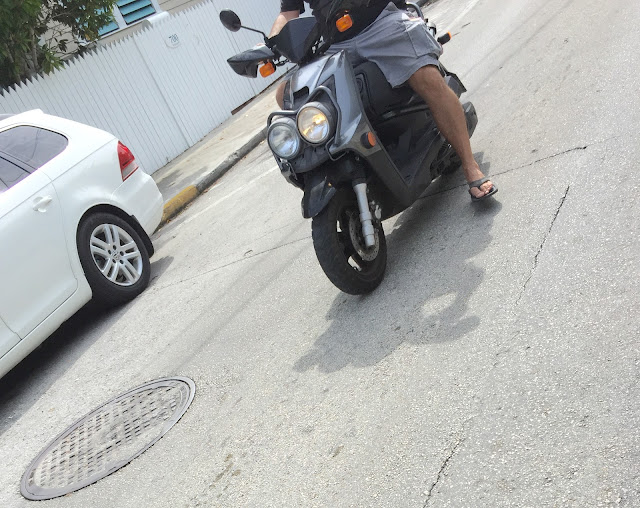 Unwanted parrots are now on Elizabeth Street but the cat looks quite well wanted. Rusty was just out of the frame and far too smart to get close to the cat which looked quite capable of taking care of itself. 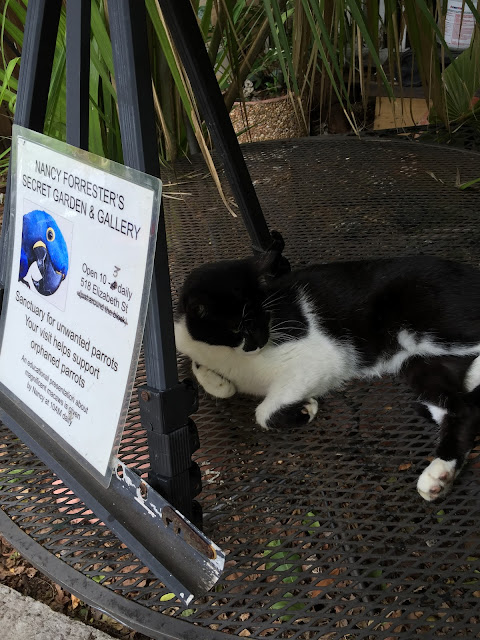