A three o'clock lunch break and for some reason I wasn't sleepy so I took the Bonneville to Higgs Beach where i ate a Dion's chicken breast, drank a Zero coke and listened to some youngsters sitting on the sand strumming a guitar. 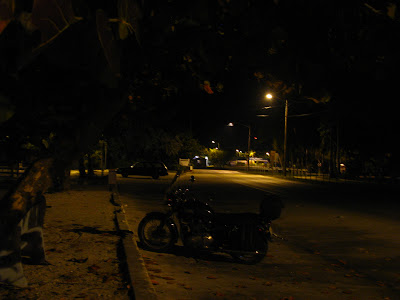 I was going to stroll over to ask for a picture but I thought that in my official badged shirt I might not look like the curious photographer on a lunch break that I was, so I left them to their playing. This was a 15 second exposure of the White Street Pier.. 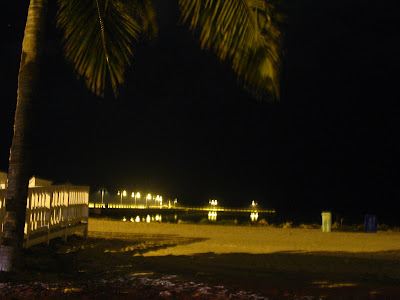 I am no great fan of street lights as they kill the night sky. But they illuminate a motorcycle nicely. I thought the gables on this house had a faintly South African air, all whitewashed as they were. 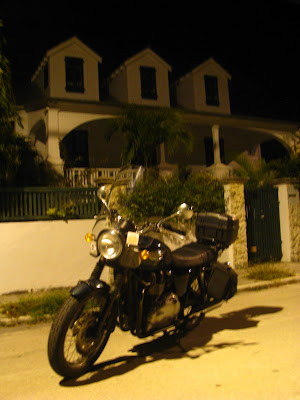 White Street is the outer boundary of Old Town, the inhabited limits of Key West from it's founding in 1828 till after World War Two when city residents started developing and expanding into what is now New Town. The eastern part of the island was dairy farms and open space criss crossed by white gravel roads and paths. 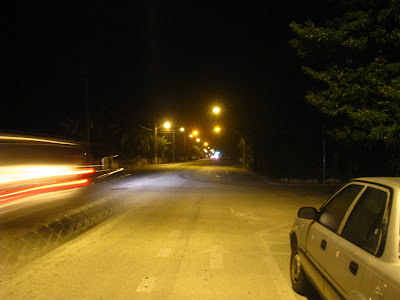 For all my want of religious belief I do like posing the Bonneville in front of illuminated churches at night. This is the Spanish language Baptist church. 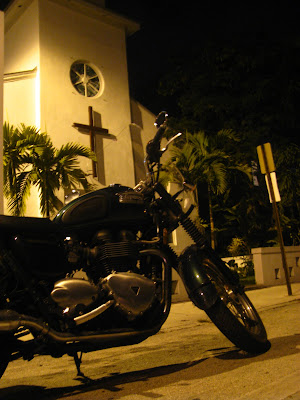 The national Weather Service claims to have been serving Key West since 1870. An enviable record, no doubt and now that have a worthy headquarters in the modern style. The weather station used to be on the Navy Base where Truman Annex is now. 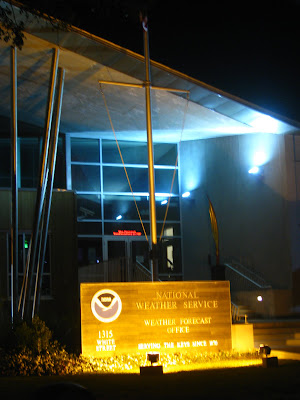 I may not have been sleepy but not everyone enjoys my nocturnal hours. I have often thought my job would be ideal for a vehicle dweller as you would be asleep in your car in daylight when it is socially acceptable to be parked in a park snoring. 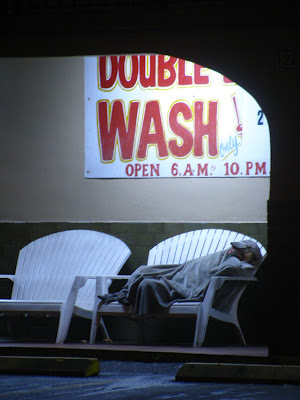 I am so bourgeois I enjoy having a place to call home. This is home to much of the night time activity on White, the hub of the Citgo and Chevron all night gas stations. 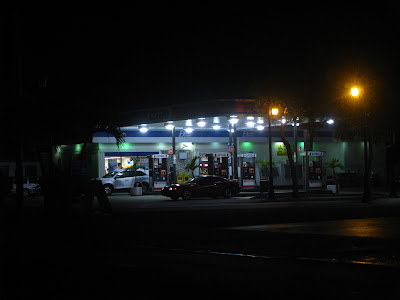 The Citgo shown above sells Dion's chicken and has a rather extensive mini mart. 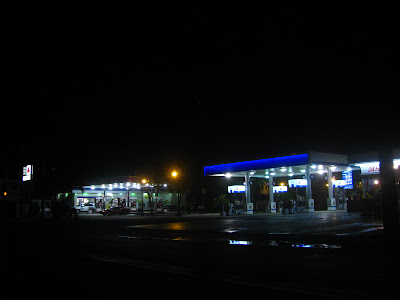 Some people swear by the Chevron's coffee. By day the Chevron has a mechanic's shop where my friend William labors on cars. Gas prices are edging up. Luckily most people around here don't drive as much as I do so the cost is relative. 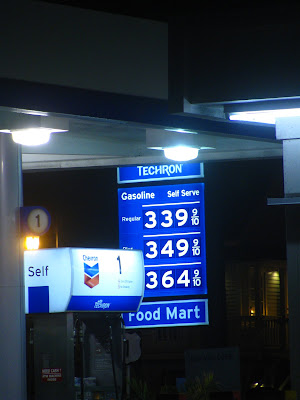 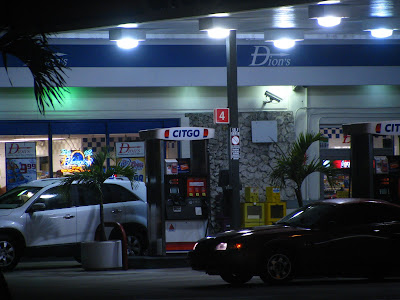 My lunch break ran out before I could complete the street so I limited myself to this view due north toward Southard Street and Porter Place public housing. 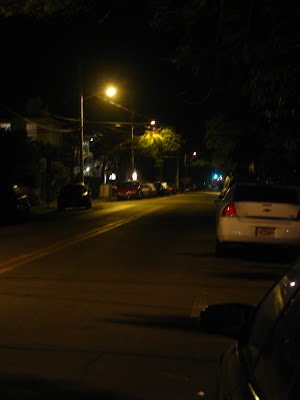 And this view south, whence I had come, a series of traffic lights and the inimitable Sandy's all night coffee shop. 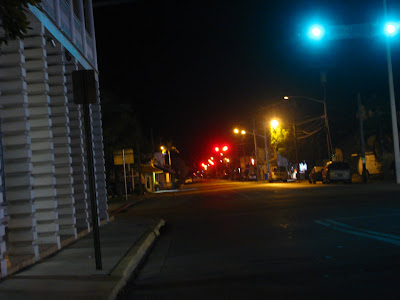 And with a last gratuitous shot of the Bonneville at rest... 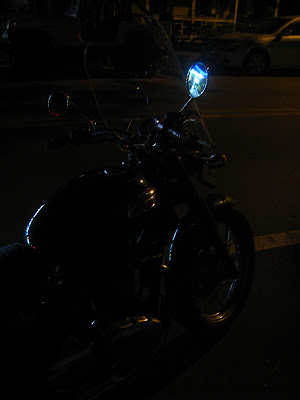 ...it was time to go back to work. A short hour it seemed.
Posted by Conchscooter at 12:01 AM 9 comments: Links to this post