No matter how long I live in this town and work the 9-1-1 phones it seems I will still have something new to learn about the alleys and lanes. 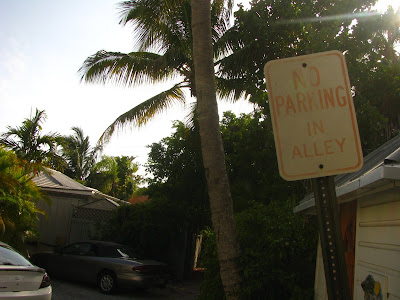 Mickens Lane, I recently discovered is actually L-shaped and while i knew it started on Angela Street I had no idea it popped out on Whitehead Street. And I thought I was an explorer. 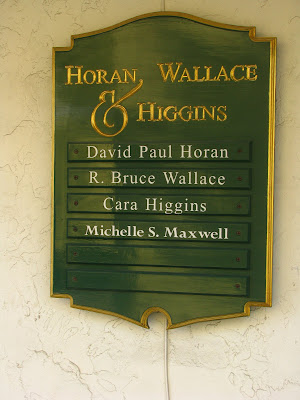 At first glance the Whitehead Street end of Mickens Lane is simply part of the parking lot shared by the law firm and some neighboring apartments. However the city recently painted the street sign (in capital letters) and I noticed. 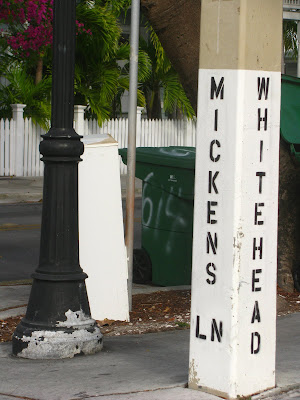 Cheyenne thought this was an excellent place to explore. 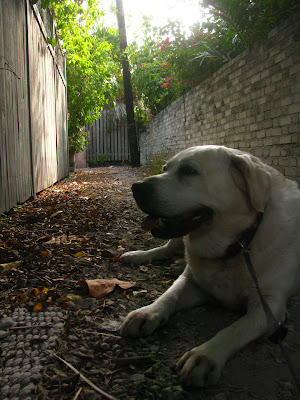 Others who had come before me apparently found the trek tiring and they took action to ease their walk. 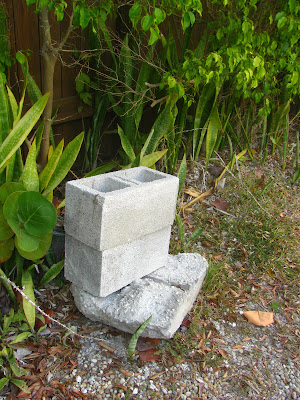 The mystery of why I had thought Mickens was a short straight street off Angela was revealed by the sharp turn at the very narrow end of the lane. 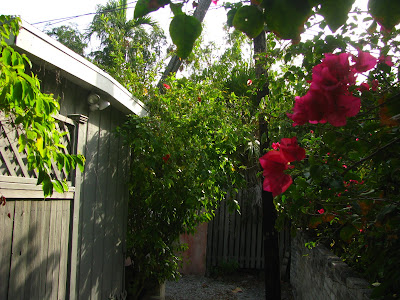 Looking toward the big trees on Angela Street, near the Angelina Guest house, shows how inconspicuous the lane is. 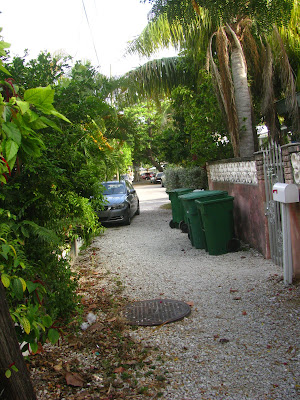 Mickens was named for the Mickens family, not surprisingly I suppose. That was all the information J. Wills Burke's excellent The Streets of Key West had to say on the subject. 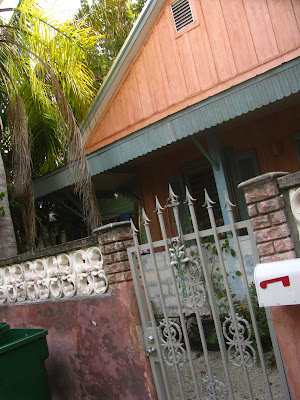 He did also say that this used to be known previously as Guava Lane. 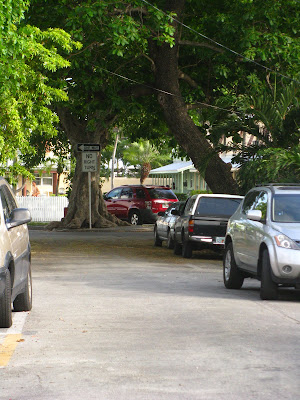 Cheyenne and I were as wary as possible but no dog appeared to interrupt our delightful solitude. 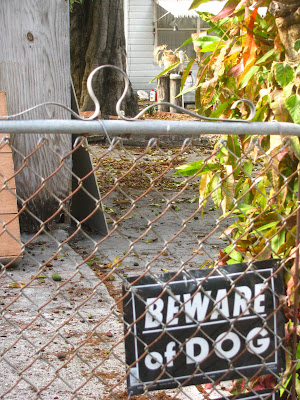 Looking back at Whitehead Street I can see why I had thought this was just a parking lot. 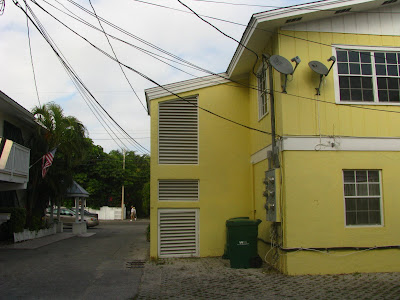 I went to see David Horan once years ago about transferring title on a documented boat I owned. He is a specialist in Admiralty Law and is famous as an early investor with treasure hunters Mel and Deo Fisher. He reportedly made a fortune when they struck gold but he enjoys being the grand old legal man of Key West and keeping a law firm in the heart of it all, just steps away from the county courthouse. 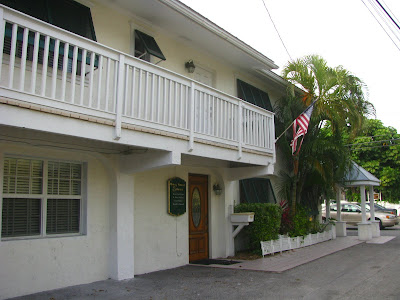 It is my belief that were I to strike gold I could easily do nothing at all, all day, not even visit bars or take riepe to strip joints. 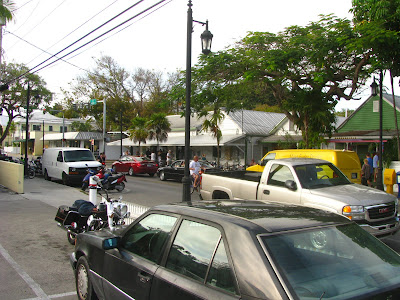 My previous post on this enchanting lane can be found here: http://conchscooter.blogspot.com/2009/11/mickens-lane.html
Posted by Conchscooter at 12:01 AM No comments: Links to this post