Stories about Climate Change threaten people in a way strikes terror to the core of their being. I wonder why? 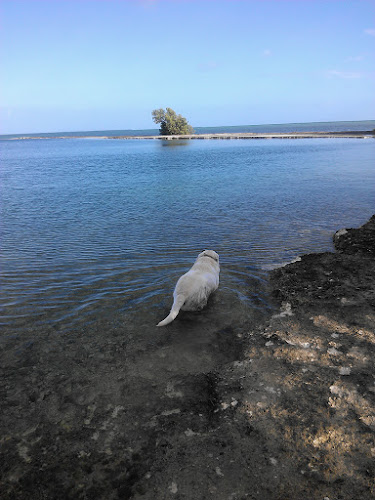 I don't have children, what the Victorians called "issue," so Climate Change is somewhat remote for me. I have no children or grandchildren at stake in the future of the planet. I have twenty, perhaps thirty years more to live. In the meantime I stand on the sidelines and struggle to understand the conundrum that are my human neighbors. I love living a sea level but every day I wonder what if...Yet my neighbors who do have offspring seem oblivious. 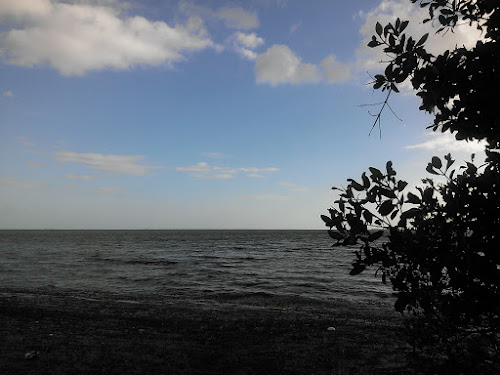 We live on an astonishing planet that has provided a perfect living environment since the last ice age and the evidence is piling up that the climate is changing once again and likely because of human carelessness. Droughts and floods wreck crops, food prices are rising, cheap oil is harder to find, jobs are exported and our leaders don't lead. Our political systems operate by polling so whatever fantasy grandparents prefer to believe becomes national policy when backed by Big Money. Climate change threatens how we live so we pretend to ignore it. Guns kill people, so we pretend gun control isn't necessary. Honestly I don't give a toss either way. I'm not in favor of gun control because I am not afraid of guns or people with guns, but I fear dictatorship through social ignorance not because our military will turn on us. They say climate change will likely wreck our comfortable climate and leave me and my First World neighbors hungry and impoverished but still eating I hope. For Second and Third world people with fewer reserves things look much more immediate and bleak. What astonishes me is that people who do have a stake in the future don't seem to give a toss either way. I'm ready to roll up my sleeves but many of my neighbors can't even be bothered to do some light recycling never mind consider changing the course of global warming. I doubt it's all apathy, I think feeling overwhelmed is a common cause of Climate Change Overload. 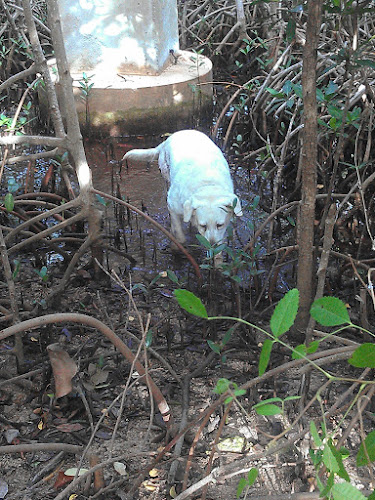 If I saw parents across the US rising up in unison demanding gun controls to protect their offspring I would understand; but they don't, even following weeks of national hand wringing and crazy talk about shooting people who want to take away our guns. If parents don't feel strongly enough to speak up in favor of banning assault rifles and huge magazines why should I bother with the issue? I don't go to school, I don't have children in school I just am happy to pay taxes to support free public education for all. I wish instead of tests educators could teach people to think and reason and debate. Meanwhile on a longer scale scientists estimate sea levels will rise nine inches in a few decades though some days they tell us polar ice is melting so fast sea levels may rise much faster and much higher. Or not if you listen to those that would rather not think about these things. 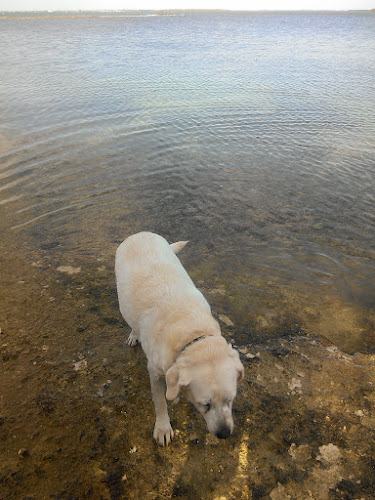 Climate change is so vast and so all encompassing it seems a subject far out of reach of us ordinary mortals who go to work and live what seem to us to be modest lives. We drive, we fly occasionally for family gatherings or as relief from the daily grind, but the notion that my air conditioner is melting polar ice caps seems too remote. Life goes on and it's hard to picture a future of ecological devastation as predicted by scientists and ecologists. Yet the possibility is there and in some deep uneasy way we have all of us seen changes in the weather where we live. We console ourselves with the hope that it's an off year and next year things will go back to normal. What else can we do? That there has been no evidence of winter at all in the Keys this year seems to astonish only me. 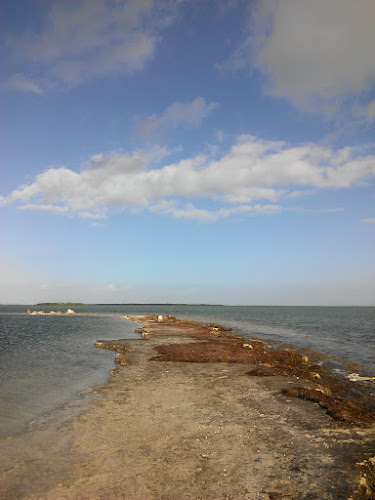 Then there are the nutters. I have read about crackpots who claim the school shooting in New England was a plot or conspiracy or an overblown fire drill that went wrong or some other such nonsense. The 26 people who died didn't and are in the Witness Protection Program or something. In my opinion anyone who spouts such stuff should be denied ownership of guns for the rest of their lives because clearly they are barking mad. And they should be forced to write letters of apology every year on the anniversary of the shooting to the grieving parents. 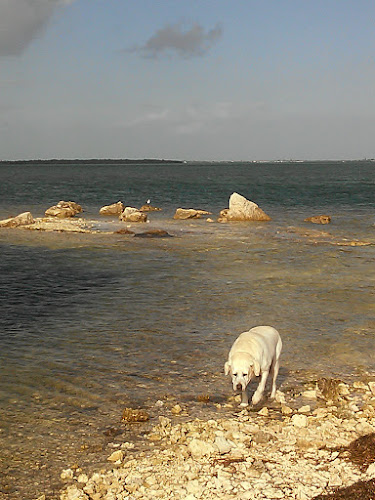 And there are the climate change nutters too who deny everything and claim conspiracies and on and on. The preponderance of the evidence suggests things are changing and not in a good way. The scientists may be wrong but if they are right your offspring have a very bleak future indeed. Yet it matters not to you apparently who have offspring. If the scientists are wrong we can breathe easy but if they are right biblical famine and suffering is in store, and if you have read the Old Testament you know what I am trying to say. That we could try to make changes for the benefit of future generations seems like too much effort for too remote an outcome. That being the case I say bugger it, I'm going to enjoy the twilight years of the Industrial Revolution as best I can. 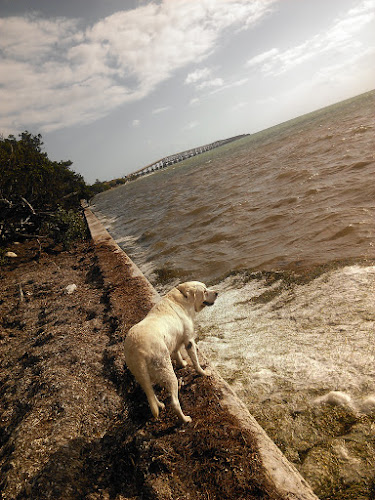 These lovely low lying vacation islands are at risk, but further afield millions risk drowning in river deltas that make up most of Bangladesh, and South Pacific Island nations make plans to evacuate to higher ground, even as China ignores the lessons learned in the 19th century and tries to pollute its way to superpower prosperity. Worst of all we cannot even discuss these issues, or potential issues, rationally. Never mind try to forge consensus on the best way to move ahead as we struggle with mighty changes in our collective future. 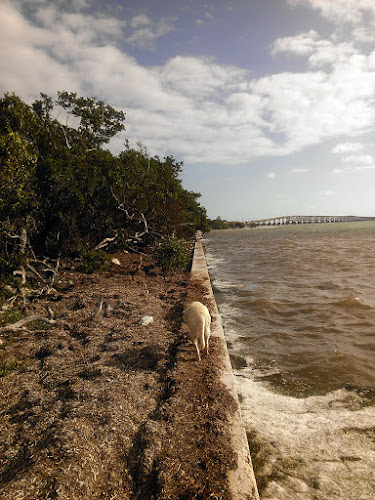 My solace in these trying times is to look to the past for a guide to the future and the more I do the more I realize there is nothing to be done. The cycle requires us to go through a period of fantastic prosperity, over weening pride and then collapse followed by a struggle to regain control, hard work to rebuild and so forth. Skeptics will always tell you this time it's different but history will confirm for you that it never really is. The hard part is trying to figure out which part of the cycle you and your generation is living though. Hindsight helps and in twenty or thirty years we'll be able to look back at 2008 and figure out if it was a blip on the financial radar or the beginning of the Great Depression of the Twentieth Century. 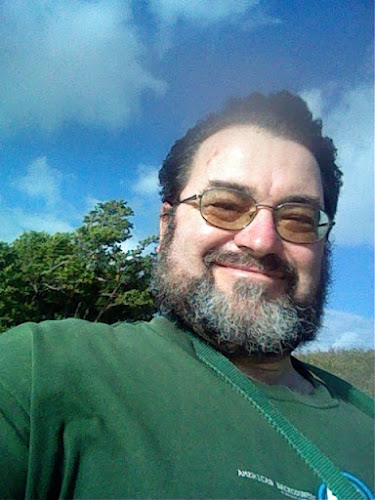 We look at Easter Island, Rapa Nui, and wonder how silly they were that alone in a vast ocean they managed to destroy the forest that sustained them, apparently in an effort to transport giant statues to honor gods that oversaw their civilization. Instead they destroyed their ecosystem and died off leaving behind a mystery and monuments to human self delusion and stupidity. I hope for the best and ignore the worst and whistle in the dark as I go about my daily habits, burning dead dinosaurs as I go. 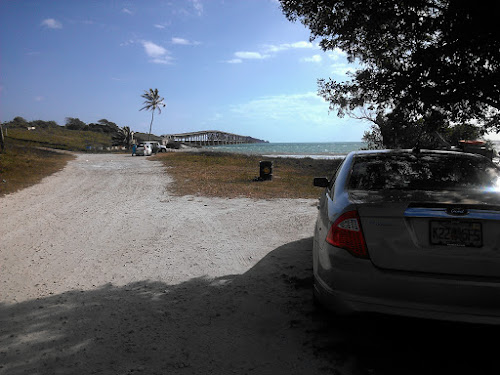 It would be an awful shame to submerge these lovely places because it took too much effort not to. Perhaps it's the price we pay to appease the gods of our darkest innermost fears.

Posted with Blogsy
Posted by Conchscooter at 12:01 AM 4 comments: Links to this post