I was standing on Whitehead Street taking a picture through some trees when it occurred to me the window awnings on La Concha, the venerable old hotel on Duval Street, are all blown out. 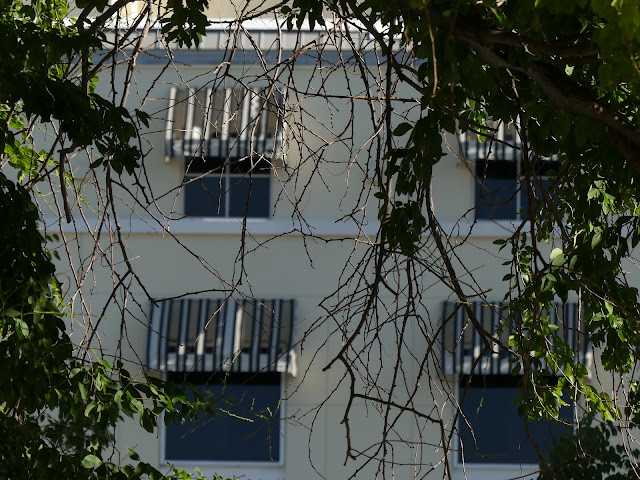 I saw the plywood over the upstairs door, a reminder of those frenzied preparations... 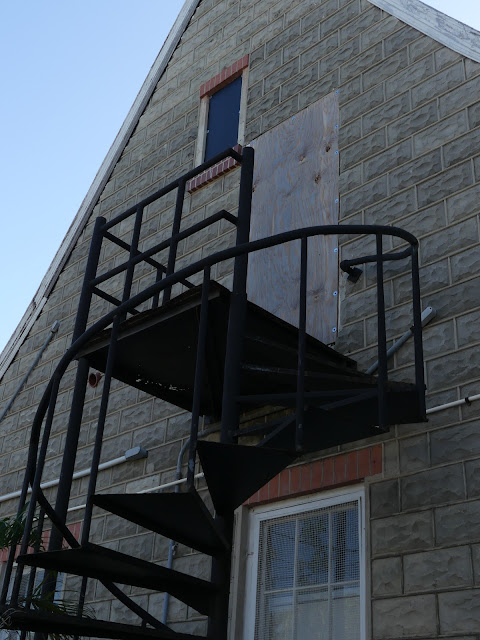 I took a walk with Rusty after I started getting over my severe head cold and we ended up near the old wooden mystery bridge at the end of Niles Road. It has been turned to matchsticks by Irma, who knew... 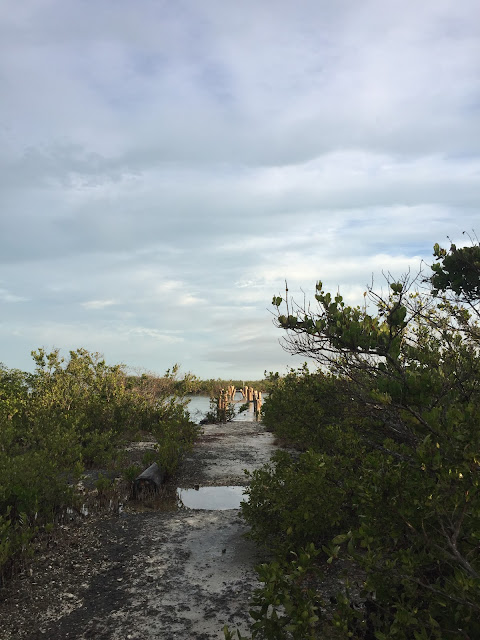 Look at what's left of what used to be a powerful wooden structure apparently strong enough to support a tank. The weird part was that it led nowhere. 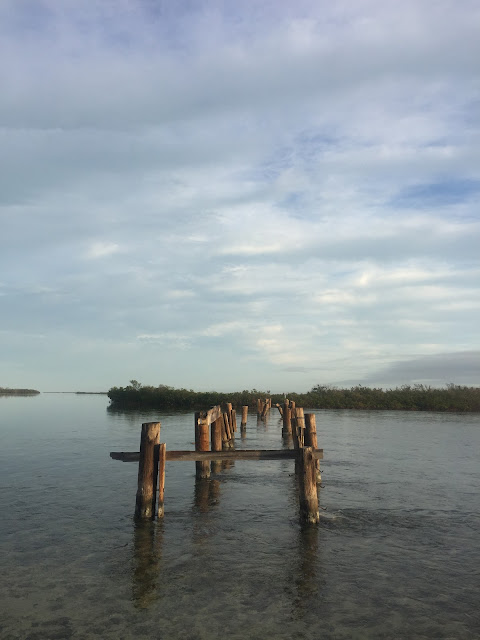 There was no reason for it's existence. It attached a rough old footpath to another footpath and I never found any foundations or signs of construction at its distant northern end. 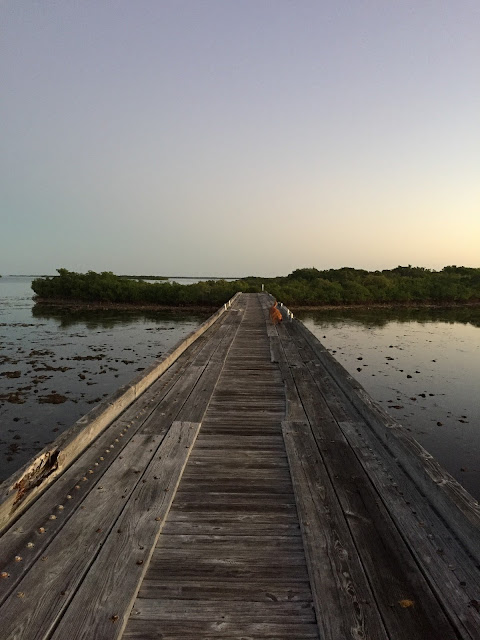 Why it was put here I guess we'll never know. I even hoisted 100 pound Cheyenne onto it once for a walk to the island at the other end. 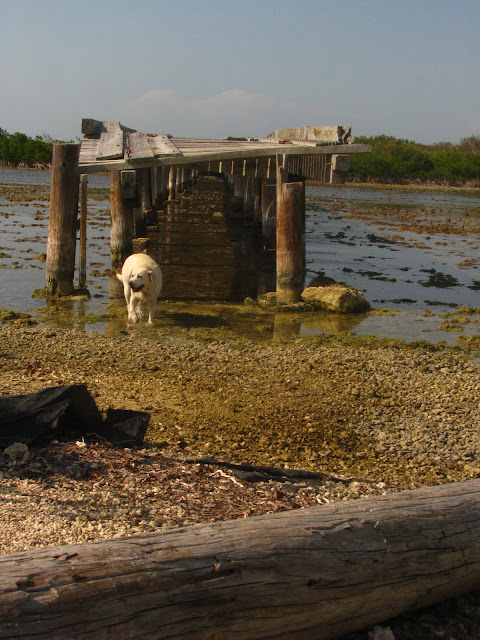 Someone who used the bridge built a convenient ladder too. Prior to this one had to use the metal spikes as footholds on the post to the right hand side of the picture. It was a scramble. Now it's all gone. 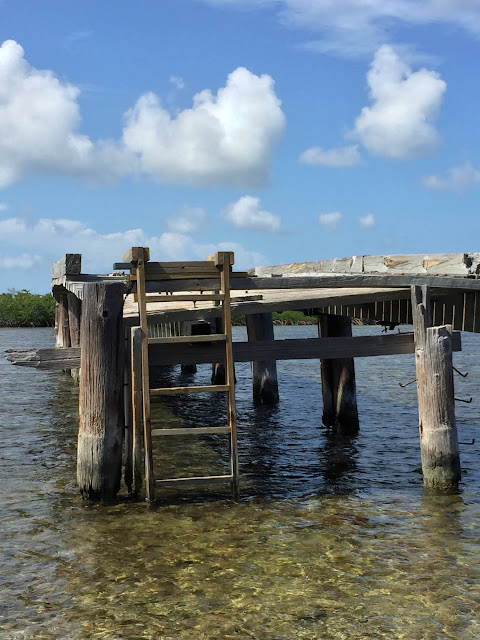 I wrote up a pretty complete photo essay of the bridge and the other end of the bridge here:
A Wooden Bridge.
Posted by Conchscooter at 12:00 AM 2 comments: