My father was born in London in 1912 and his earliest memory was of a German Zeppelin airship flying over the city dropping bombs during World War One. He was of the generation practically born into war who lived through war and finally in Western Europe got to enjoy peace after the conflicts. He had a successful career as a barrister specializing in tax law with his chamber sin Lincoln's Inn one of the more famous legal centers in London. It was not to my youthful mind a very glamorous or interesting life in an office, chain smoking and reading pieces of paper all day when not appearing in court. I watched him as a small child arguing case law at the Old Bailey and it was no doubt erudite and clever but to my young mind there were better things to do with one's life. Making money never was on my agenda and I have to say it wasn't on my Father's agenda for me either, so I was never encouraged to follow suit. 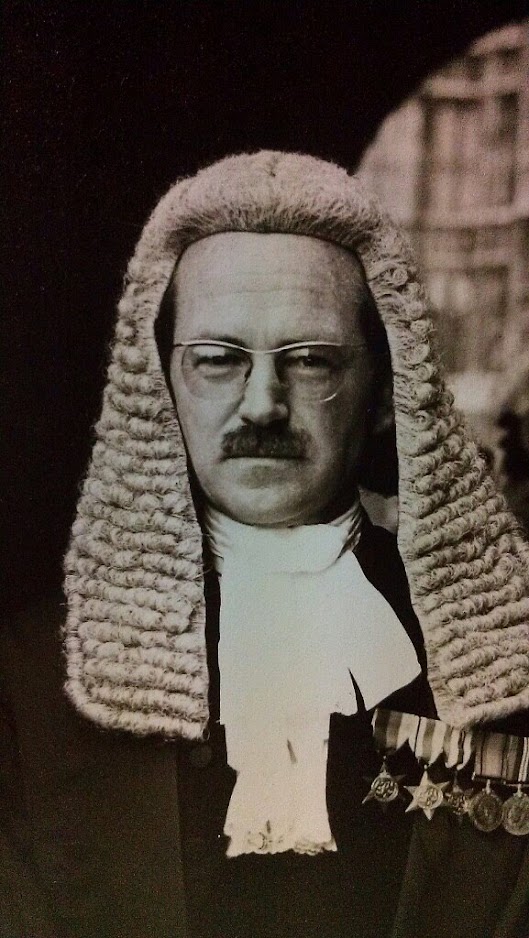 Ours was not a close relationship, I was the favorite of my mother who was in the other camp in our fractured family and when they divorced I remained her favorite child. Nevertheless my Father, a man who lived a double life far more interesting than it appeared on the surface did have an adventurous streak which he satisfied by traveling usually o his own but with us in tow on occasion. One memorable year, 1966 I think, I was pulled from school for the half term week off and found myself flying to Sicily, an unheard of thing flying on a whim in those days, to see Mount Etna exploding. My father wanted to see hot molten lava and we ended up doing the same my older sisters and I driving up the mountain and watching the stuff slide down the hillside. 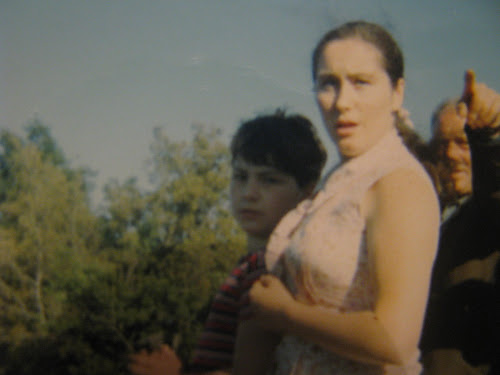 Perhaps my Father's most relaxing relationship with me took place when he drove me up to Scotland where he owned land as a way he said of investing money he would otherwise pay in taxes, so from time to time we would take a two day road trip across England at a time of hardly any freeways and slow winding mountain roads through Scotland almost all the way to the top of the island. He had time then to reminisce and I heard all about his war. And before that his cycling adventures to Spain to see the Civil War and across Germany to see Poland. He had no money in the 1930s and he took those summer trips on his bicycle! Oddly enough he had no stories of what it was like to be in Spain or Germany in those momentous times but by 1938 he understood war was coming and he signed up to join the RAF. Had his eyesight not been so bad he might have been accepted and probably would have died considering the life expectancy of British pilots at the start of World War Two in 1939. 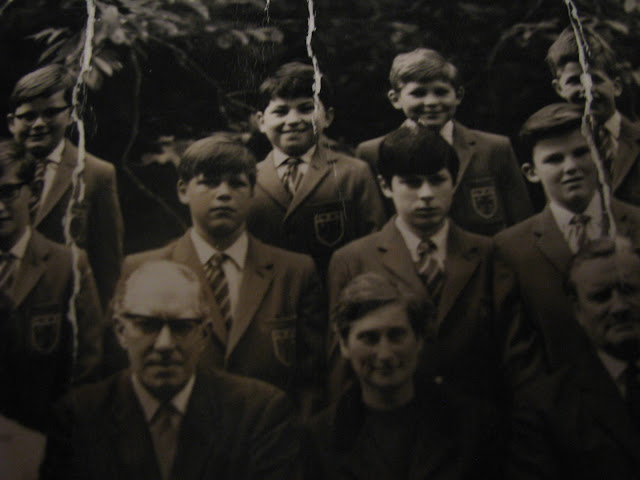 Instead he was sent to the Army recruiting office round the corner where they asked him what skills he had. All he could think of was "driving" so he was sent to the Royal Army Service Crops, responsible for delivering supplies to the front lines. After a short while they found out he was a lawyer and in the class riddled world in which he grew up that seemed to require he be an officer not an enlisted soldier so he promoted and put in charge of things. He was then sent to North Africa to lead supply convoys across the desert to and from Kufra Oasis in the southern Libyan desert: 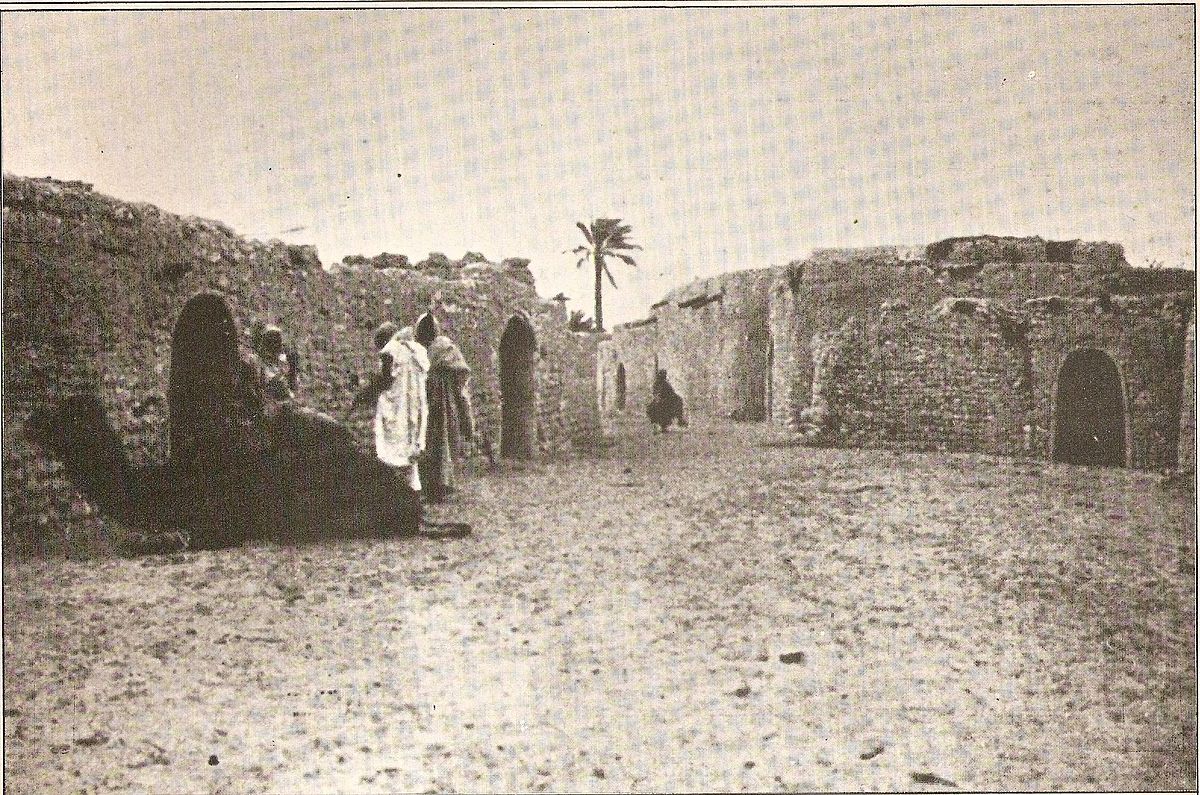 He recalled this part of his war as the best kind of fighting. He navigated by compass and sextant driving as he wished across the open desert with no civilians to avoid and no danger of them getting caught in any crossfire. He did get bombed by German planes and one exuberant day he drove fast over a dune unexpectedly  steep, whereupon his staff car took to the air and landed badly enough the rest of the journey was completed by Second Lieutenant Beattie in truck like any enlisted soldier.

Eventually the allies pushed the Axis out of North Africa but before then the convoys had ceased and my father was trained to parachute and thus he arrived in Yugoslavia where he fought with Tito and his partisans in the mountains of the Balkans. Actually the way he told it there wasn't anything much to do hiding out in the mountains and he got bored enough he asked for a transfer out of Tito's headquarters. He missed the carefree days of driving the desert and eating cans of corned beef, a type of food he alone, enjoyed among all the ranks of the British Army who universally loathed cans of "bully beef.."

After sitting around in the mountains for a while my father was transferred to Italy where the Allies were struggling to push the Germans across the heavily fortified mountains of the peninsula. My father was a strange man and I am reminded of that because he felt deprived he said during his war years. He kept applying for postings to what he thought would be front line fighting and he kept ending up in the rear echelons away from the bullets. I don't know if his complaint was bravado or what but he seemed annoyed by his various roles  behind the lines. In Italy he worked for the SOE -Special Operations Executive  the precursor to the CIA - and he managed agents sending them across the front line to collect information. It was later in the closing months of the war when he was driving around Italy compensating Italians who hid allied soldiers and airmen from the Germans while they were on the run. I remember he told me the Russians did that much better. Where he went through villages painstakingly justifying his disbursement of monies, his Russian counterparts drove into the village square and from the back of their truck would throw handfuls of money into the crowds of curious villagers while shouting "A gift from the workers of the USSR!" Much simpler he said.
SOE Italy  1943 Wikipedia Image

The SOE job did lead him to one good place, which it turned out was where my mother lived. They were married in a hurried ceremony in early 1947 after he had left the Army and like so many wartime couples he went back to being what he was before while she learned to live in London with a young lawyer for a husband, with two twin girls just born into a world of rationing and war time recovery. They were, they tell us, the greatest generation. Perhaps so but certainly they learned to make do and put up with privations such as we couldn't imagine happily for us. I spent some of my Memorial Weekend thinking about what they went through that we never had to.
Posted by Conchscooter at 12:00 AM 6 comments: Links to this post