End Of The Month

Working during the day has it's compensations I have discovered, not least that in breaks before or after or during shifts I can be outdoors in sunlight. I try to spend as much time as I can at the gym but sometimes twenty minutes appears magically in my life and I can walk around a block camera in hand. 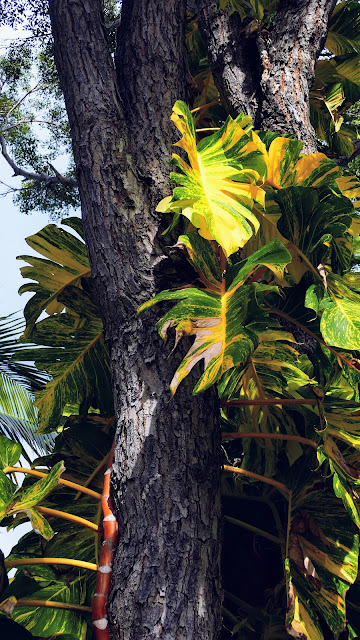 It seems like there is always something to see in lining the streets of this fair city. 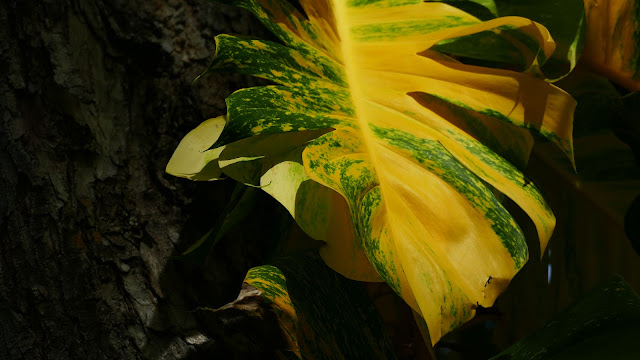 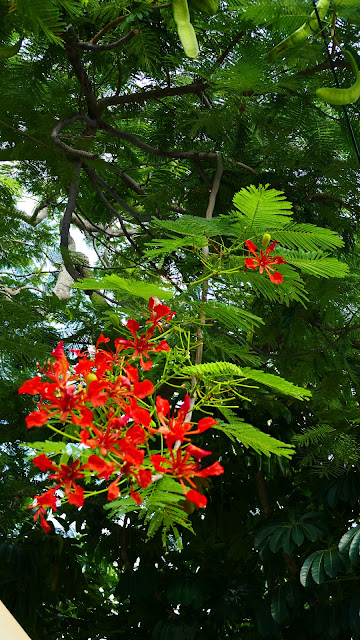 Sunlight on leaves. Me and Art are as one.... 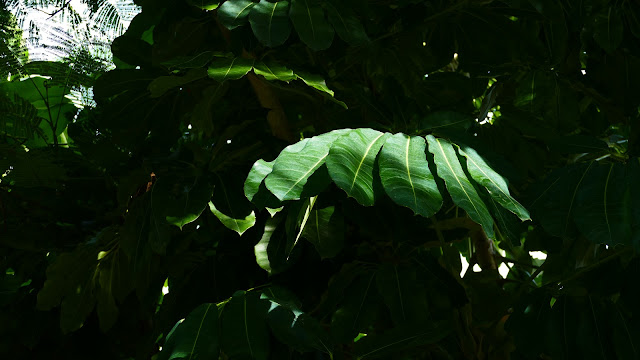 I think these are yellow trumpets but what drew me to take the picture was the matching yellow trim on the house behind. 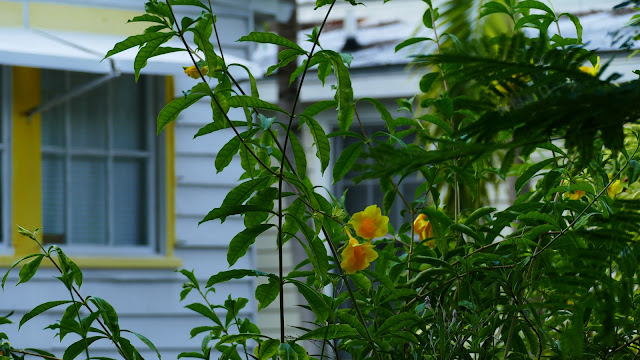 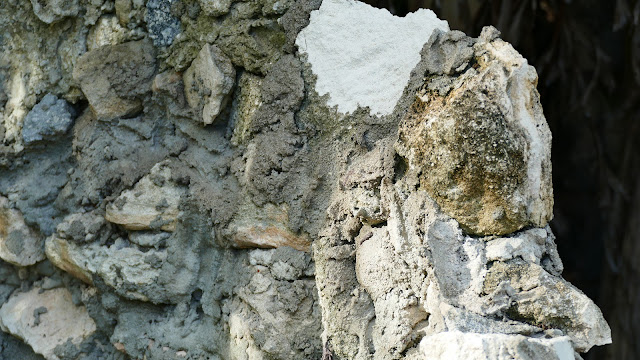 Common as dirt around here and always lovely: frangipani.  Lots of activity in nature as the rest of the country prepares to go dormant for the winter. 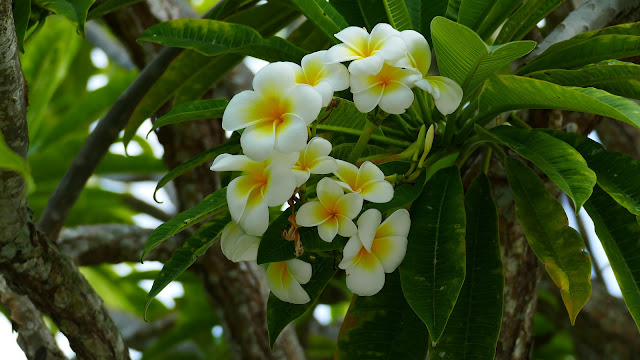 And then I was out with Rusty going for mangrove stroll, a lovely way to decompress after taking emergency calls at work. 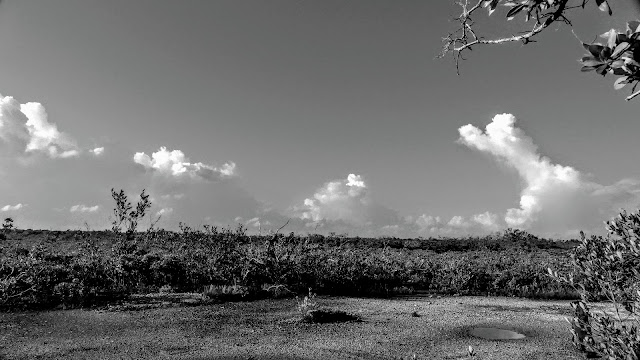 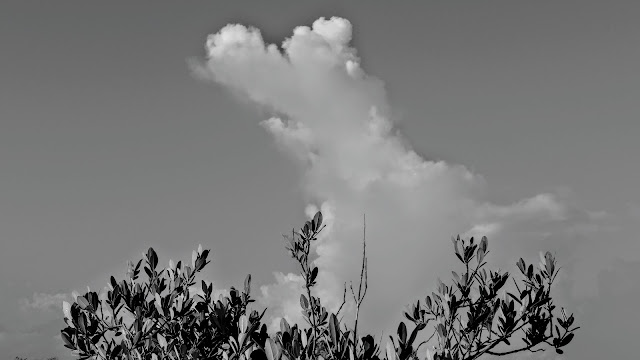 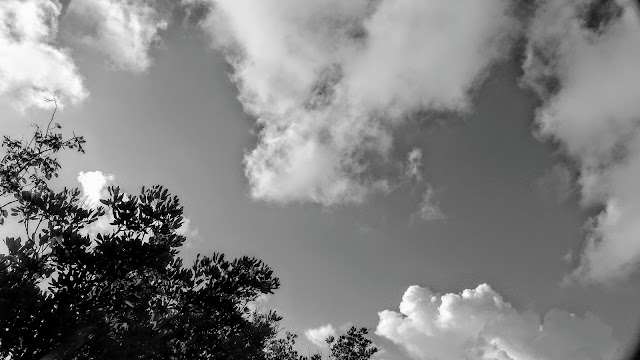 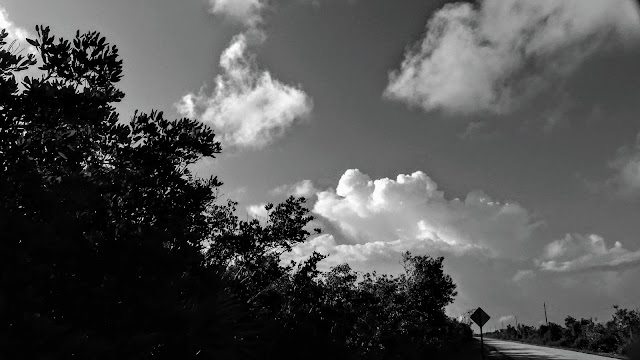 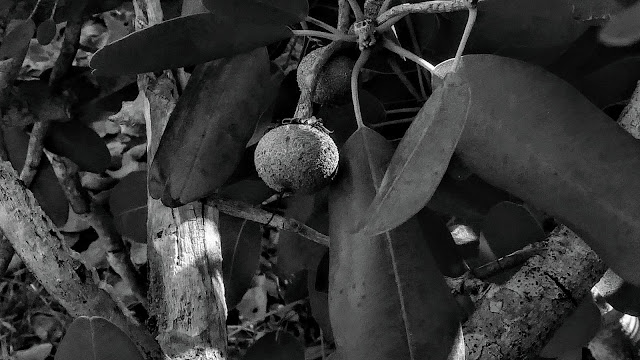 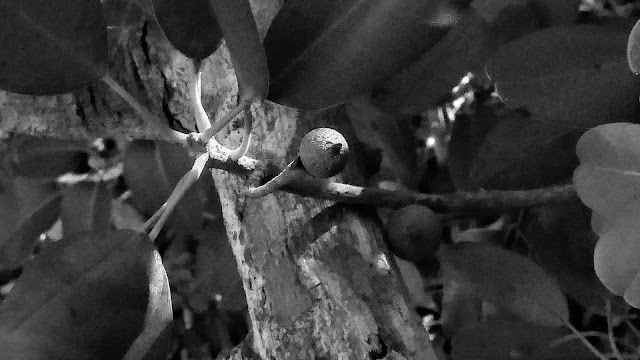 And look at this! Patience is a virtue and keeping a weather eye open is as well. I saw a black lump on a tree in the distance and wondered what it might be. Thanks to the astonishing throw of the telephoto lens built into the Panasonic FZ1000 I managed to pull in a clear view a white crowned pigeon. They says there are 7500 pairs remaining in South Florida and they have been hunted mercilessly in the Caribbean. 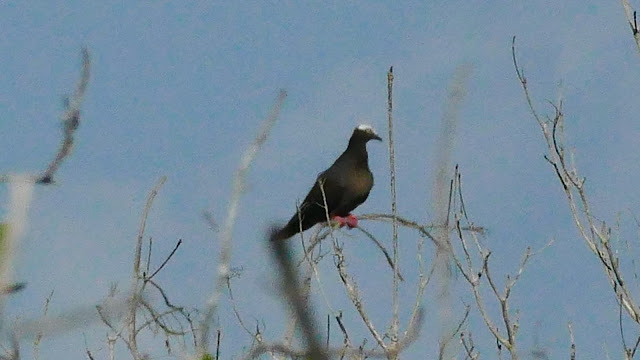 They fly great distances including across water, perch on surprisingly small branches (witness above) and rarely touch ground. They are also described as surprisingly acrobatic swinging around branches to find food, especially surprising given their bulk. I have seen flocks of pigeons but from below as they pass at speed you'd never know they were anything more interesting than the run of the mill pigeons seen everywhere. That was a nice find even though the photo it must be said is a bit "soft" (photographer talk for fuzzy) at that vast distance. Very cool. 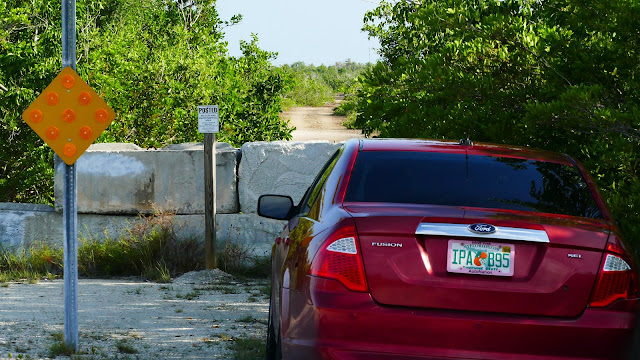 Time to drive home.
Posted by Conchscooter at 12:00 AM 2 comments: