I have found in my travels that everywhere I go I generally find a small corner of the local universe that suits my personality. Lee County in Southwest Florida is a maze of four lane streets, shopping malls small and large, outlets and chain stores of every description. Matlacha is different; welcome indeed. 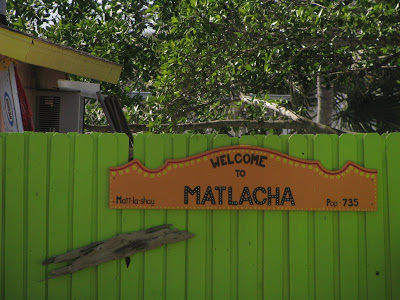 Matlacha, (pro: Mat-lash-hey!) is a very small unincorporated village west of Cape Coral, on the road to Pine Island and it is the one small island of Bohemia in a sea of conformity. On a busy weekend in Spring Break everyone wants to come out to check out the art work and admire the hippies. 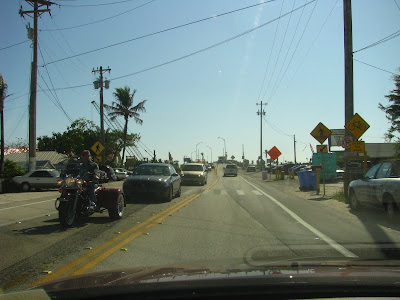 It's a pretty enough drive out to Pine Island which is a rural lump of land nestled between the barrier islands and the mainland. Matlacha is a dot on the road. 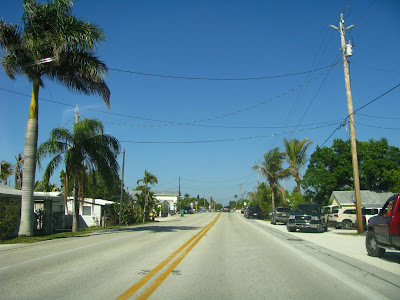 And, just like the Keys they do bridge fishing around here. 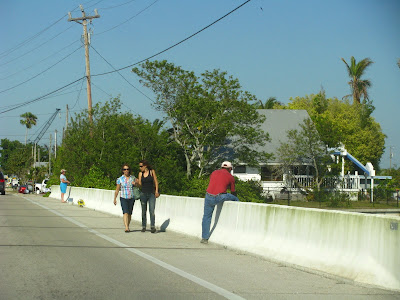 And they have waterfront restaurants, on stilts, all picturesque and everything... 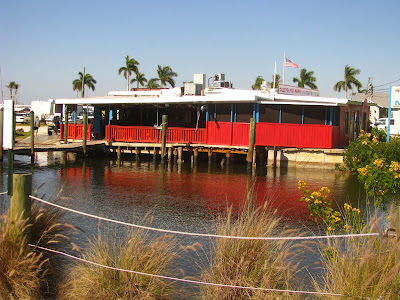 ...with pelicans and stuff. 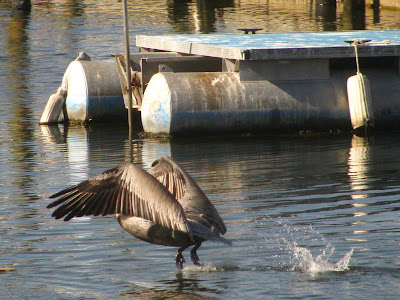 Matlacha is a fine destination for a two wheeled cruise of a weekend afternoon. Harley Davidsons rule the roost in Lee County where conformity is at a premium. 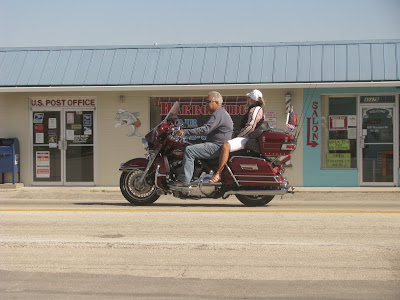 When my wife and I tried living on our boat in Fort Myers a decade ago we looked around but the housing boom was starting and things looked pricey. Besides Matlacha is rather small to sustain life all by itself. Our "recovering" economy is asserting itself here and as you can see excessively high prices are dropping to moderately unreasonable levels. One hundred and twenty five thousand US dollars for a seawall? In 2011?? Where do they think they are, in the Keys? 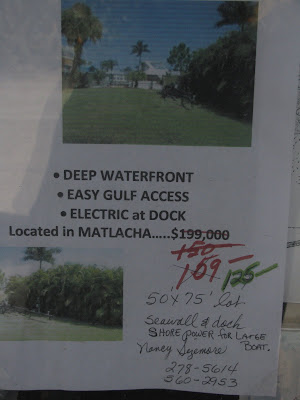 If we had a private income Matlacha would be a fine place to dawdle away the sunset of our lives. 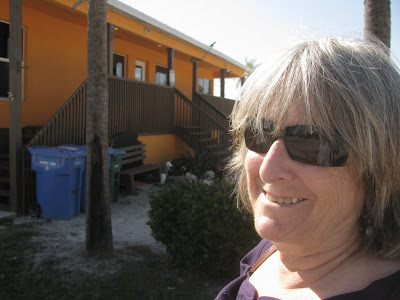 It has whimsy, artists and lots of bright colors. I like it a lot. 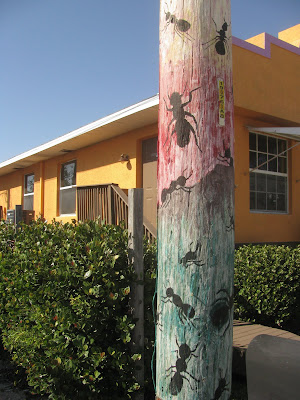 This place is called Sandy's Old Town Deli and it was pretty obvious to me it's owned by an expatriate Key Wester. Too bad it was closed... 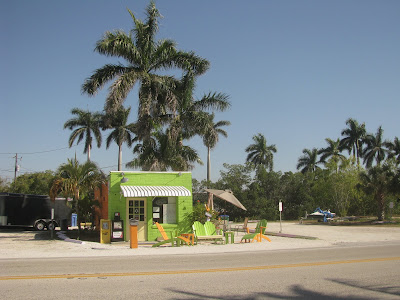 ...but the decorations outside were familiar to anyone visiting from Key West. 90 miles to Cuba? Margaritaville? 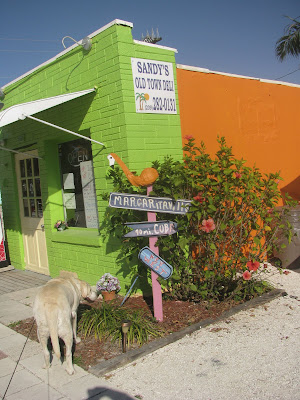 Matlacha goes out of it's way to be pretty and possibly overdressed but the cute stores and brought colors work because they are so outrageous in this corner of the world. 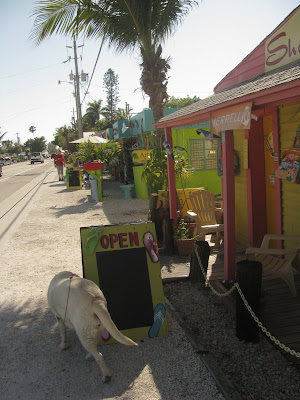 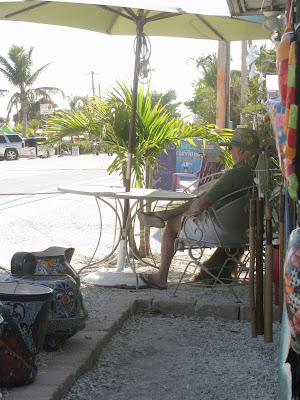 I thought I caught a glimpse of riepe riding by, but he disappeared behind a car, his blond babe trailing along behind... 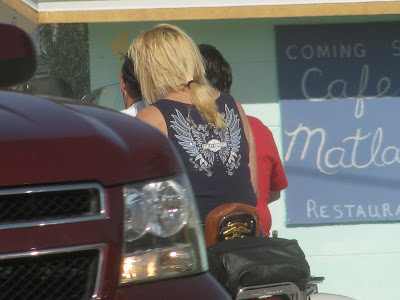 A non traditional clothing store Indian was keeping watch outside the store and he looked real enough he caused me to do the traditional double take. 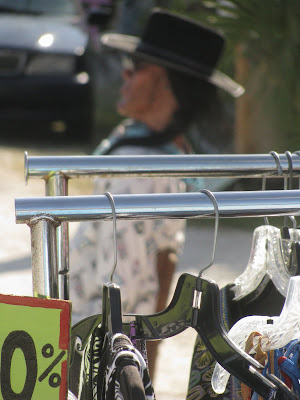 Buildings are painted with colors not found in Nature. The banana tree looks positively drab by comparison. 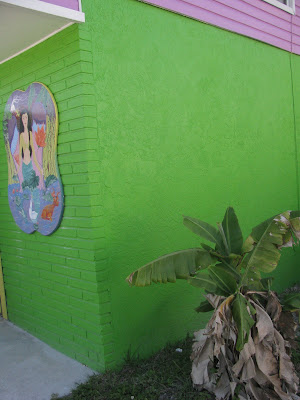 A parrot would go green with envy if accosted by this rich plumage: 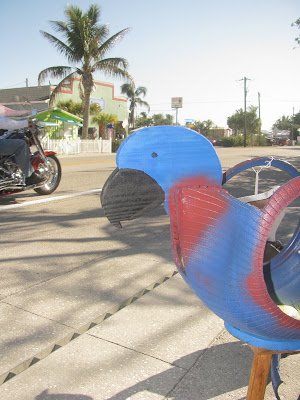 The back streets of Matlacha are built alongside a network of canals so homes are for the most part waterfront, or at least canal front, though the waters around here are rather dark with tannins and not clear like those of the Keys. 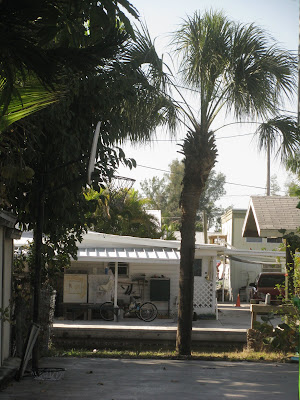 And apparently parking is an issue around here too. So signs proliferate. 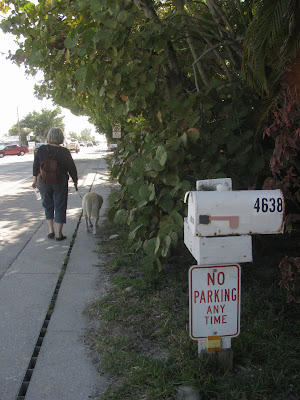 They promised first rate ice cream and my wife said we owed it to ourselves. She had raspberry and chocolate I had key lime pie and vanilla and they were exquisite, made by a local ice cream fanatic known as Queenie. She apparently uses fresh ingredients so I want to come back and try her mango flavor in season and see how it compares to Flamingo Crossing on Duval Street. 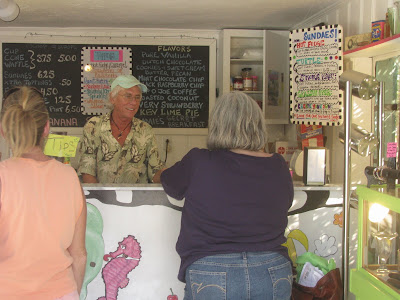 And there are local arts and crafts. My wife fell in love with some earrings but at $75 she couldn't bring herself to pull the trigger. I of course, being a wastrel, told her to go back and buy them as she would be supporting a local artist. I was told to can it and eat my ice cream, so I did. 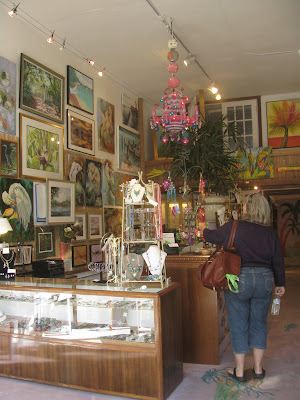 Chain stores are not in evidence in Matlacha and if you want to spend the night this motel is a fine example of the type that is a local business. 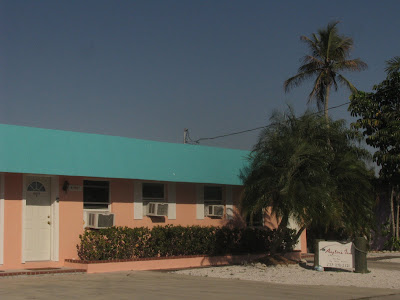 The innocence of youth, peering into the canal for inspiration: 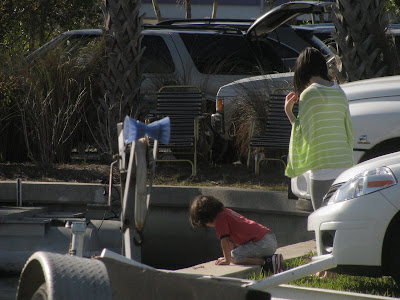 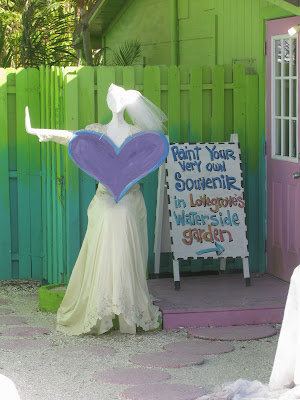 More local businesses, and it was good to see a working fish house right there on the road: 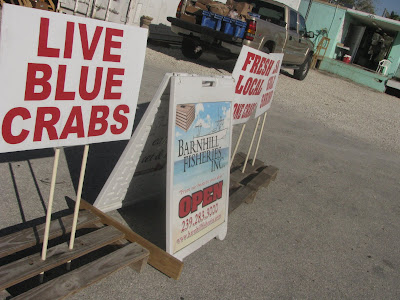 On the subject of fishing I saw this sign on the bridge into town and I will leave it to those of a more riepe-like frame of mind to leave their comments. 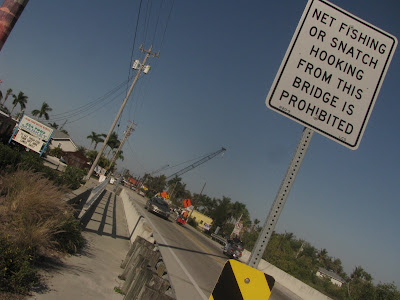 Though I was left to wonder where snatch hooking is legal. 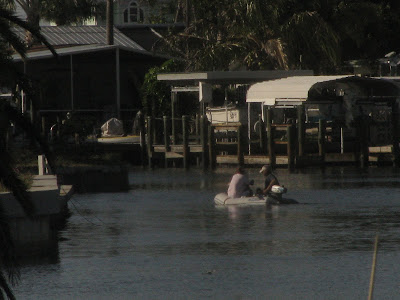 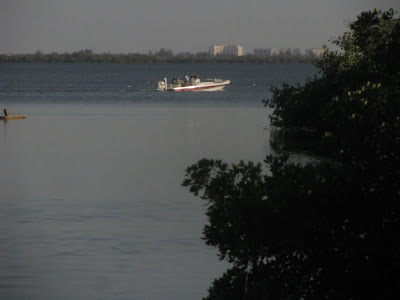 well worth a visit.
Posted by Conchscooter at 12:01 AM 5 comments: Links to this post