Traffic  this winter is as annoying as ever, aggressive scooter haters on the highway and clogged  streets in Key West so  I am counting down the days till the Easter exodus, impatient bugger that I am...I wish there were a left turn lane squeezed onto Truman Avenue at White Street, shown below looking inbound. Can't happen so the light is a choke point and always threatens to make me late for... "Broga is a yoga class geared for men (where it's okay if you can't touch your toes). Strong, energetic,and challenging, Broga combines the best core-strengthening, muscle-toning, cardio-working, stress-reducing, clarity-enhancing yoga postures with functional fitness exercises for an amazing workout."  That's the official line and for some reason its a form of exercise I have managed to stick with for a couple of years now. Most weekdays at noon I end up on the boards sweating like you wouldn't believe and I keep hoping I will master it but the boss Sean keeps making it a little harder each time. I'm in a roadrunner cartoon, constantly failing to keep up. 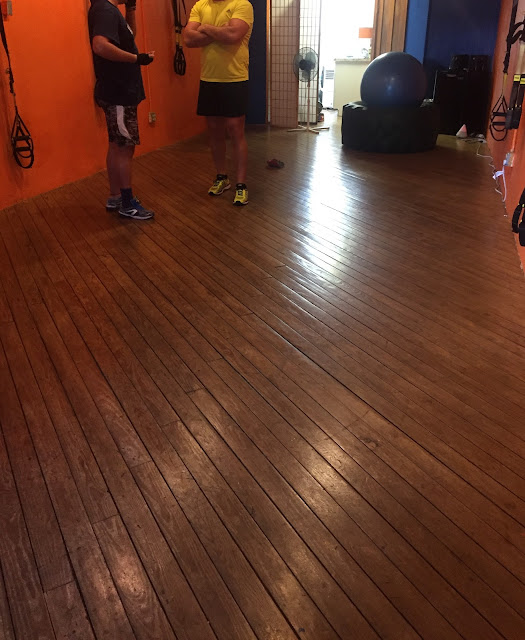 I staggered out of Sean's studio on Truman Avenue amazed to be still alive and breathing and took the Vespa to work a few blocks away where I showered in cold water (memories of Hurricane Irma) and changed for lunch. I had a date, not that I needed to look my best for Nick. He and I have worked together for several years and he keeps mentioning lunch at Chico's Mexican restaurant on Stock Island.  I told him my wife doesn't like Chico's as it doesn't remind her enough of her California-Mexican food habits, so I figured I should get a guided tour as I like the place. Three tacos al pastor later... 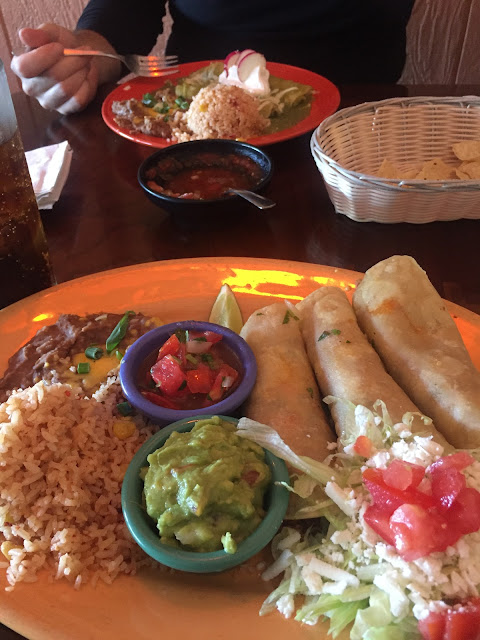 We hung out for hours actually. Nick is a Conch who knows everyone and everyone knows him so he is a fund of entertaining stories. The time flew by. I had shopping to do for my wife who was coming down with her own heavy head cold. We went out into the parking lot under warm sunshine and I marveled to Nick how lucky we are that we get to winter in such a place. He got a bit grumpy at that because he likes the cold for a change having spent most of his life in the Keys. He had plans to go to New England to see friends but we are so short staffed he can't get the time off. No snow for Nick and he was bummed. 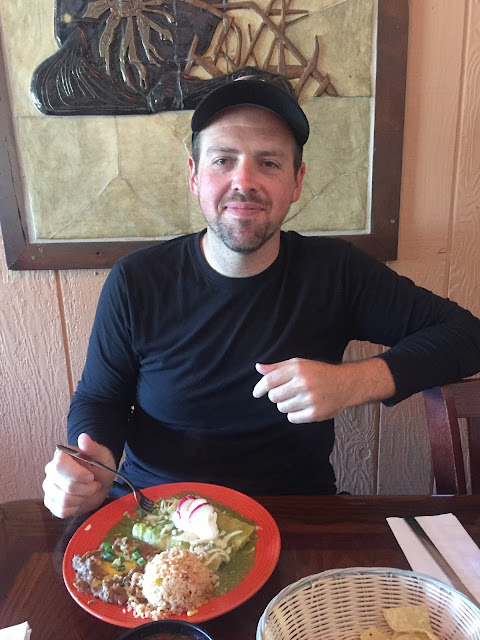 I rode over to Publix  zipping through clumps of vans and trucks and SUVs on the Boulevard to get essential supplies for the next couple of days. I thought some chocolate cookies from England might help the ailing wife (and me too) so I took a stroll down the international food aisle. I never really thought of Chef Boyardee as being foreign, but here it is: 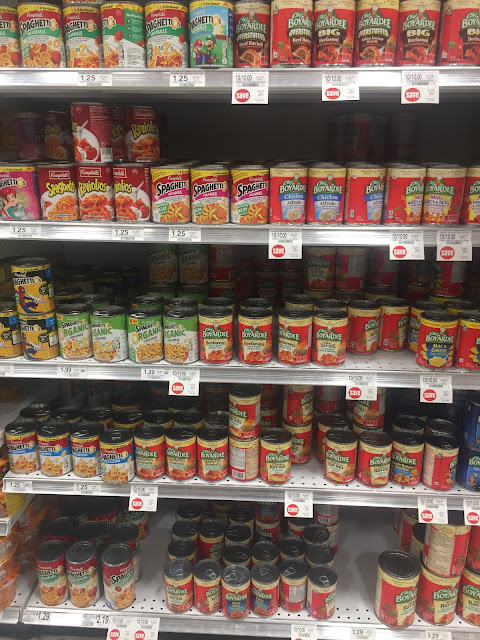 I was a  busy bee doubling back to Stock Island to look for those vital powders used to clear breathing passages in those afflicted by colds. The new CVS is a bizarre building just outside Key West, a palatial drug store worthy of major mall construction in mainland USA. There are half a dozen competing pharmacies in Key West and they are adaptations of existing buildings. This one looks like it belongs in Homestead or South Miami with its vast spacious parking lot and bland all purpose look. But they did have what I needed and there was no line at the check out. 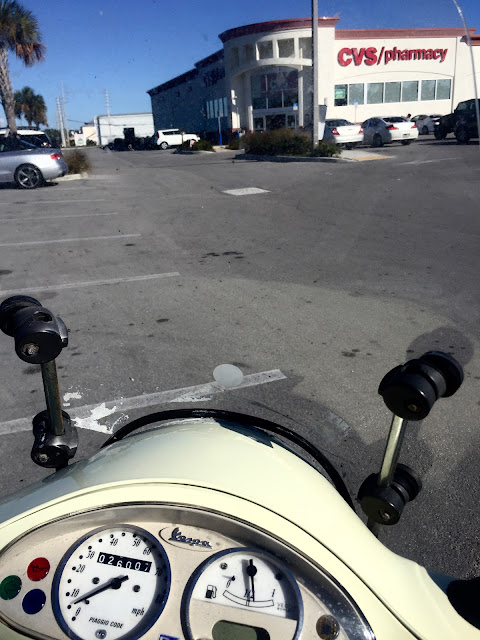 I got a slight overdose on the social front as i had to stop by Jiri's motorcycle shop to check on the orange Vespa which is in for a new tire and a tune up. Jiri showed me his very slick electric outboard for his kayak which set me thinking... a couple of two-by-fours, a car battery and a trolling motor and he is cruising the back country. Very slick. The Vespa should be back in service next week. All in order leaving me only to organize some cooking for dinner. 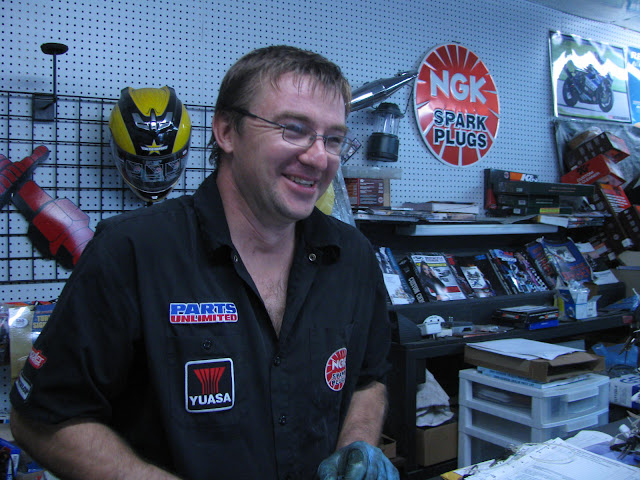 Let your dollars do the cooking...For some reason this cold that's going around doesn't kill your appetite so even to the stricken wife struggling at work a robust plate of Jamaican jerk sounded good. I got a plate for twelve bucks with plenty of food to share and that was the dinner done. Brilliant. 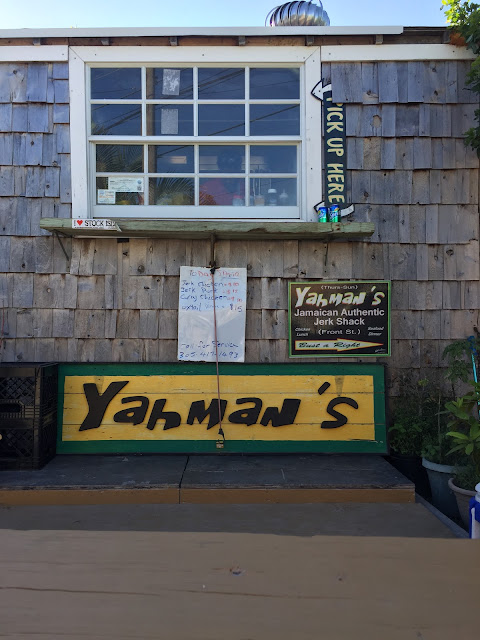 All that was left was a thirty minute ride home and fifteen minutes to console Rusty who cut his paw and left him as worn out as my wife and equally uninterested in going outdoors. Only I stood between the walking wounded at home and the dissolution of civilization. An excellent day in fact.
Posted by Conchscooter at 12:00 AM 2 comments: Links to this post