The last of this week's  exhibits I saw at The Studios of Key West on Eaton Street, is the showing of 101 water colors of residents of Key West. 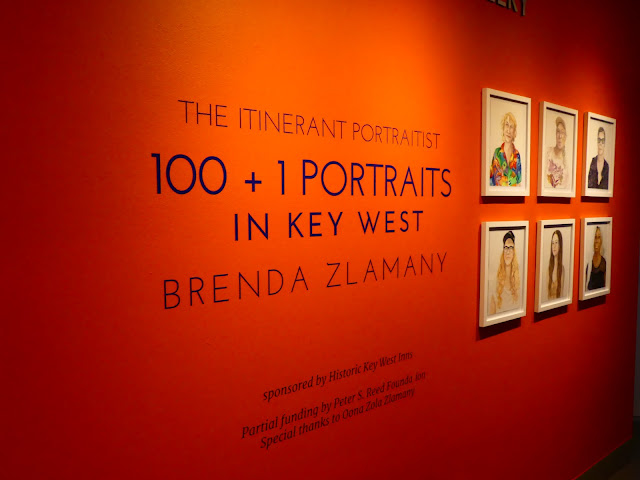 It put me strongly in mind of the portrait show I posted here that was on display a while back at the Tropic Cinema. That was a pairing of black and white photos of people a few years apart. 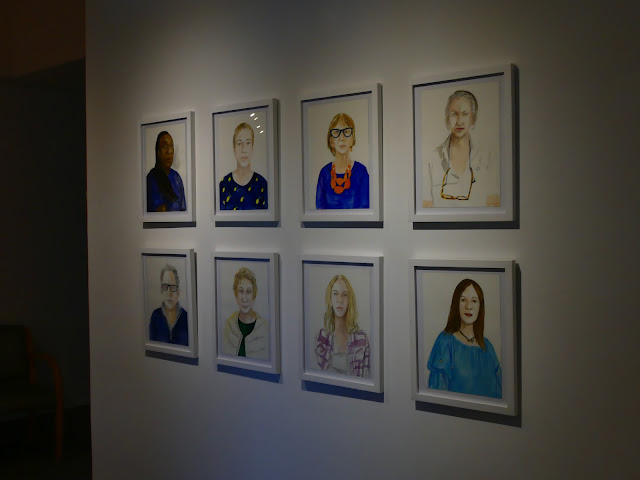 Here instead  the artist used a camera lucida a description of which I found on Wikipedia.

The camera lucida performs an optical superimposition of the subject being viewed upon the surface upon which the artist is drawing. 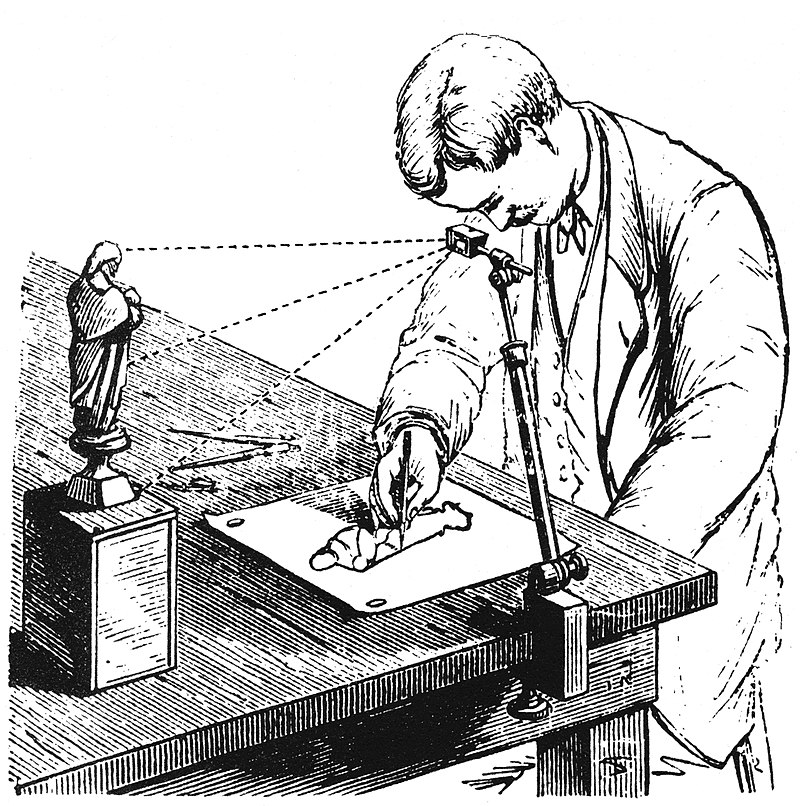 The artist sees both scene and drawing surface simultaneously, as in a photographic double exposure. This allows the artist to duplicate key points of the scene on the drawing surface, thus aiding in the accurate rendering of perspective. 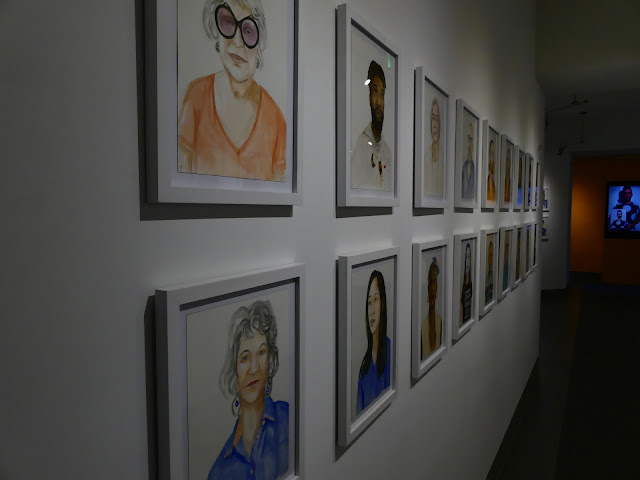 Interestingly they also had a slide show pairing the subjects with their portraits: 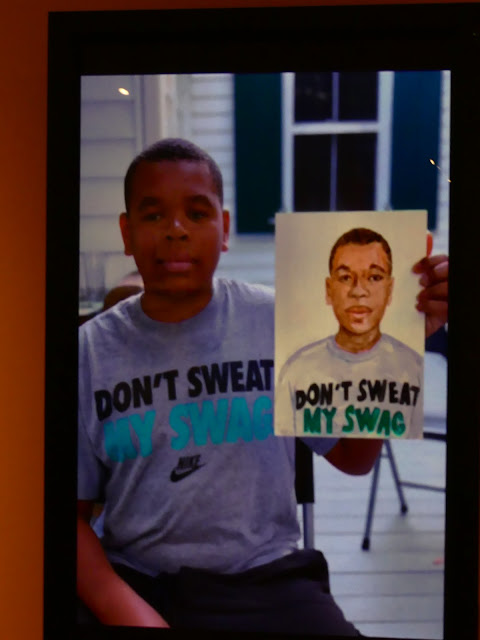 At first I couldn't figure out who I was looking at, unless I knew the subject, but I did find subtle name tags after looking for a bit: 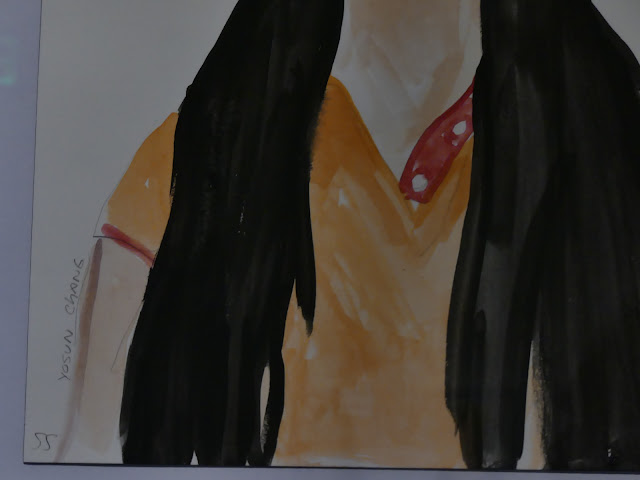 "In February, Artist-in-Residence Brenda Zlamany invited 101 Key Westers to pose for watercolor portraits as part of her ongoing “The Itinerant Portraitist” series, in which she travels the globe to explore the positive effects of painted portraiture. Previous chapters have included the Aboriginal population from Taiwan, girls from an orphanage in the United Arab Emirates, taxicab drivers in Cuba, artists in Brooklyn, and elderly and disabled people in a nursing home in the Bronx." 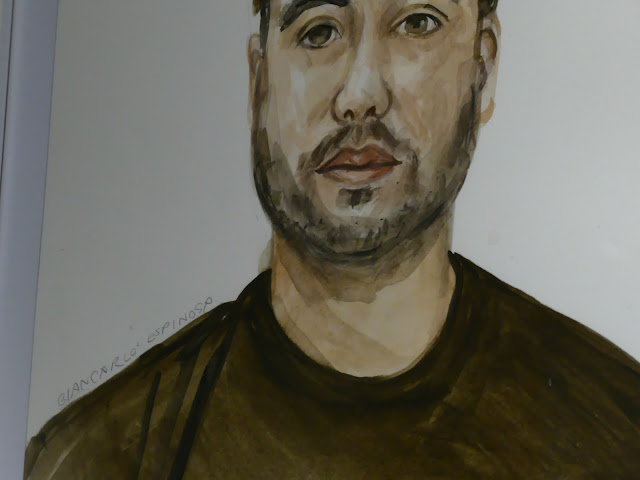 "Zlamany uses the camera lucida, a device for drawing that dates back to the Renaissance and that promotes a two-way exchange between the artist and the subject. She aimed to capture a wide cross-section of the community, and her Key West subjects include drag queens, teachers, fishermen, MARC House residents, artists, and even Mayor Teri Johnston. All the portraits will be on view in the XOJ Gallery." 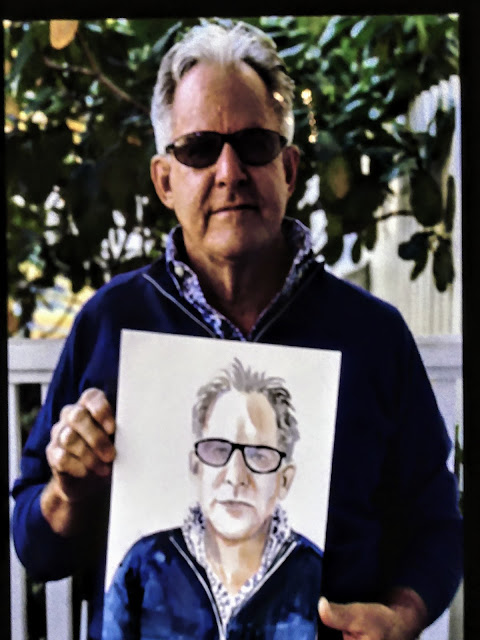 We had the hall to ourselves. 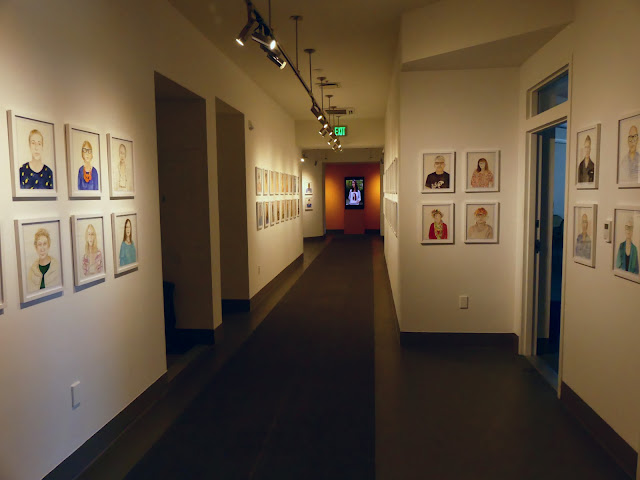 And best of all a glimpse into the finest part of the The Studios I think, the places where they encourage, train and teach artists. 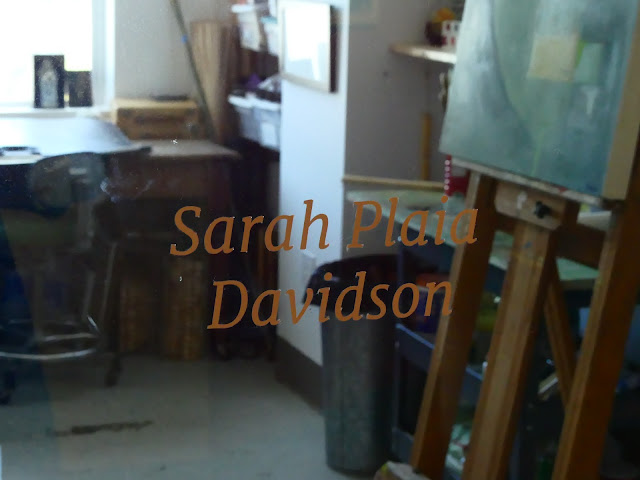 It's a higher calling I think, to be on the spot in a town like Key West drawing out the artistic inclinations. 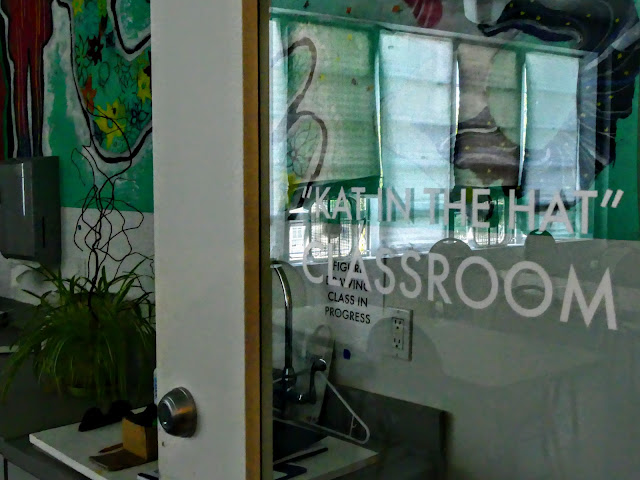 I wanted to hang out and absorb the molecules. 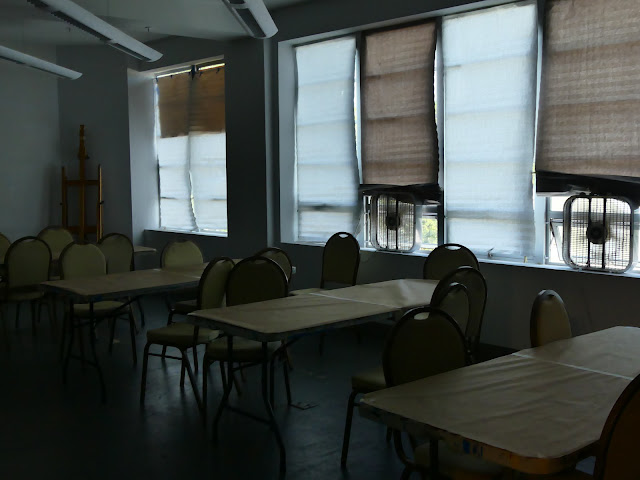 Back to the painted elevator and the real world outside. 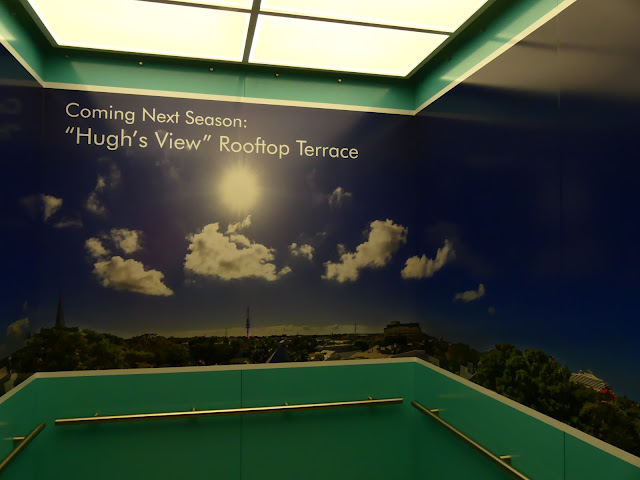