I am resuming a series of essays from recent trip to Italy that were interrupted by a shortage of Internet in my traveling life. Let me start by stating clearly that I got home Thursday September 19th in the middle of the night and very glad I was to get home after two weeks away. It was an excellent trip but home is home and I needed to get my dog over her irritation at my sudden disappearance.

I am not a fan of flying, as may have become apparent recently. I dislike the loss of control over one's life when airlines dictate one's every move. Cabin crew used to be glamorous people reeking of sex in the sky and hot hotel dates with pilots and rich businessmen far from home. Nowadays they more closely resembled harried hotel staff serving second rate food and minuscule drinks to passengers crammed like sardines. I flew home on American and frankly it was a let down compared to the rather more upscale accommodations previously recorded on the much maligned Air Berlin flight I took the other way. The American Airways flight had manky little video screens in the middle of the cabin, and two movies run at the pilot's convenience, the cabin crew were not as glad to see us as the introductory video seemed to imply and unlike Air Berlin we never got warm towels to wash with nor bottles of water to drink at will, and on and on and on.I just focused on the fact that my tickets were free thanks to my wife's judicious use to the American Airlines credit card, free to Rome and back. Cool. 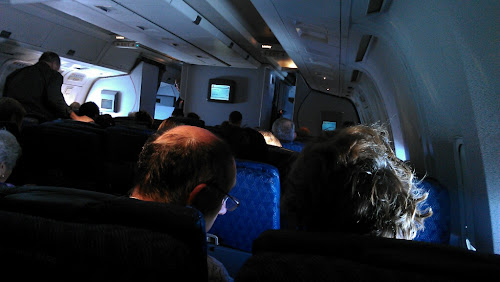 I had some Italian reading matter with me so when electronics were ordered switched off I could happily read the newspaper and my favorite magazine, Classic (d'Epoca) Motociclismo. They had a comparison of World War Two sidecars, a water cooled Zundapp 125 from the 1970s and a Swiss 350 from Motosacoche. A preponderance of Germanic stuff but nevertheless... 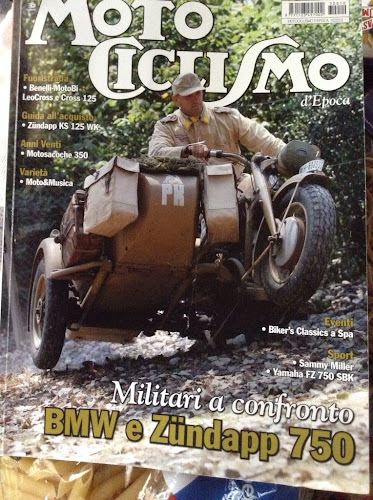 "Are you into vintage bikes then?" my next seat neighbor leaned over and asked me. Jeremy is from San Antonio and rides, wasn't I surprised, a Norton a Moto Guzzi and a vintage Triumph. We nattered on for a while, me trying to hide my envy. I mean, yeah I do have a1979 Vespa which is a vintage machine, but really compared to a Moto Guzzi T850/1000 that doesn't really count. What are the chances? "I've seen prettier heads on zits," he remarked when he saw my iPad rendering of him. 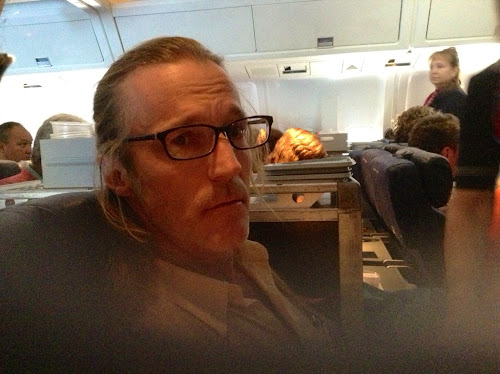 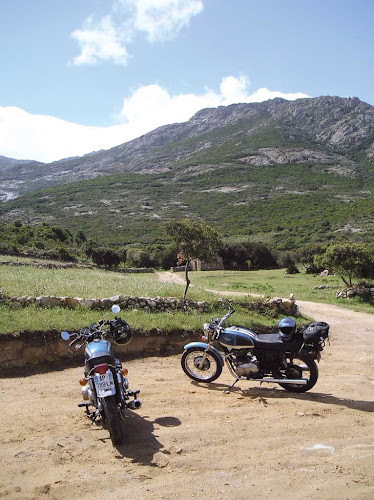 I was entranced trying to figure how to convince my wife this would be worth trying: http://www.cbesprit.com/ Do you think this cheerful hopeful smile might work? 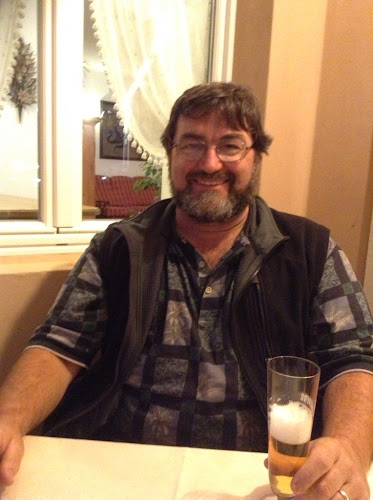 I managed to pay Jeremy back by letting him read a book off my mini iPad (an electronic device I have come to love more than the full sized iPad!) http://www.amazon.com/Motorcycle-Adventurer-Stearns-Motorcyclist-1912-1913/dp/1450221416 He was into it. 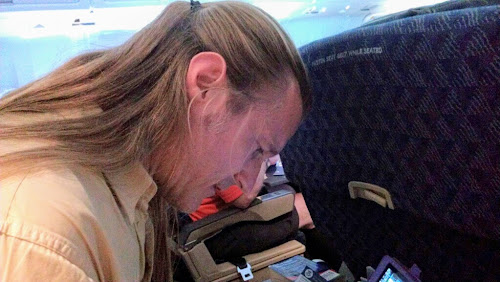 We read for a while and we talked and I let him know about the joys of modern Bonneville, which he has been wavering about buying. I convinced him it is a an easy to live with modern machine that he agrees looks good. 76,000 trouble free miles is quite an endorsement. 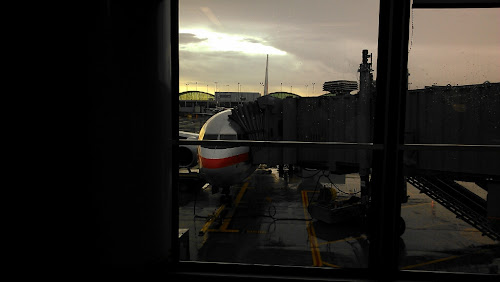 Then we got to Chicago and my most interesting travel companion was gone. I hope to keep in touch. Great fun and thus a much better trip than I expected or deserved. And I don't blame hi m for the horrid head cold and cough American Airlines gave me.