From the archives, a reprint to mark Scotland's historic vote tomorrow:


Yes Scotland And One Human Family

So the question is: what do a passel of no account little lumps of subtropical rock and mangrove stalks have in common with the bleak peat bogs of frigid rainy Scotland? Not much on the face of it but there is the little matter of independence that is coming over the horizon. 31 years ago the Florida Keys asserted their right to independence and now, trailing along behind the Fabulous Florida Keys by a matter of decades, the residents of Scotland, be they English, Scottish or citizens of the European Union actually in Scotland get to vote tomorrow on whether or not they want to secede from the overbearing English. 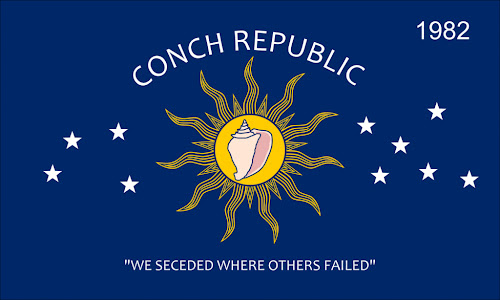 Every nation state has its own flag and Conch Claude Valdez came up with the design seen above. The Scottish flag, a banner associated with a nation but not with a state since 1707, is the cross of St Andrew shown below. But we are getting ahead of ourselves. 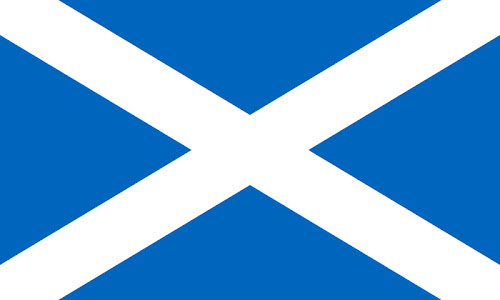 I figure the story of the creation of the Conch Republic is pretty well known but it has given rise to a mythology and an industry including passports and identity cards, bumper stickers and the notion that the Conch (pronounced konk please) Republic is a "state of mind" all in great good humor. But it wasn't always so, the good humor. 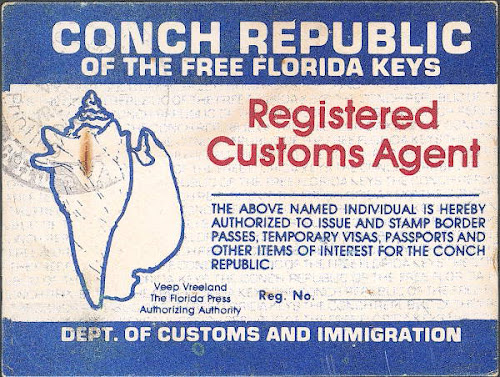 April 23rd 1982 the Prime Minister of the Conch Republic, promoted for the day from his day job of Mayor of Key West, having argued for the removal of a Border Patrol checkpoint at the Last Chance Saloon in Florida City, came out of court and spontaneously announced that if the United States, in an effort to stop illegal immigration, wanted to treat the Keys as a foreign nation with an ID check on Highway One, then so be it. And Dennis Wardlow announced the Free Florida Keys were seceding from the US. 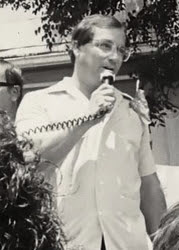 The crowd gathered at Mallory Square to hear the announcement and the Prime Minister attacked the United States by breaking a loaf of Cuban bread over the head of a representative of the US Navy. The mouse that roared promptly surrendered and demanded a billion dollars in foreign aid from the US to compensate for the interruption to the tourist trade caused by the Overseas Highway roadblock. The money never came but notoriety did. 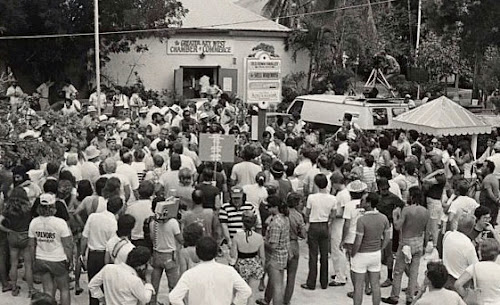 So now every Spring for a week there is a rather cheerful celebration of Conch Republic Days in Key West when drinks are drunk and they race transvestities down Duval Street and the whole thing wraps up with a sea battle between the Conch Republic Navy and the US Navy in which Cuban bread is still the ammunition of choice. The US always loses and everyone drinks their sorrows or their joys away. 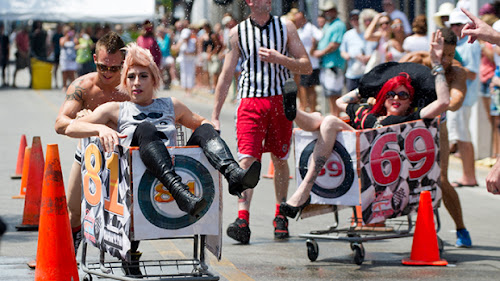 Personally I have a different vision for an independent Conch Republic. I'd like to see a place like Andorra or Monaco in the Keys, a city state with no army and only enough navy to protect its fisheries, an economy based on all those items one sees banned in the US, so busy morality posturing, that could be had openly and cheerfully and guilt free in the shining new capital of unbridled capitalism that would be my Conch Republic. How much would you pay to sit on a beach in the Conch Republic smoking legal genuine Cuban cigars, drinking Cuban rum with a new and expensive friend then gambling in one of our world class casinos? Banking secrecy laws would be paramount, every law firm in the city would be the international low-tax headquarters of some corporation or another and every citizen of the Conch Republic would grow fat and content earning ridiculous tax free wages pandering to every American desire impermissible at home. "One (Stinking Rich) Human Family" indeed, my Conch Republic would have the motto of rectitude for citizens, lassitude for visitors, with health care, marriage, and the rule of law for all. I have a dream...of the gates to Paradise built as a frontier post in the middle of the Seven Mile Bridge. But let's be practical... 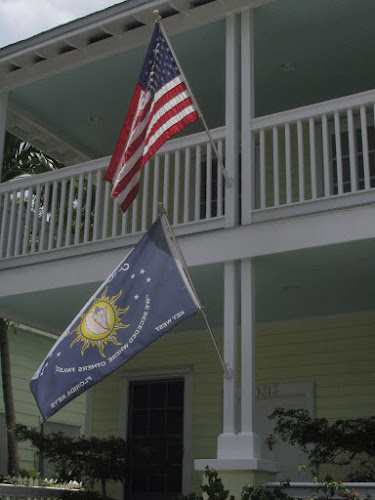 The US would never let it happen - and see Boca Chica Naval Air Station converted to civilian use, for a foreign country at that? Never! Besides I have a feeling a real Conch Republic would pretty soon descend into an extended impotent lament in the anonymous Citizen's Voice column in the newspaper followed by fratricidal urges and riots at Little League International games against the Americans from Marathon as parents take on the battles only hinted at by their sporting offspring. True independence would never work. Too bad as I could use a substantial raise, and though I do not smoke I have heard Havana Club is a decent rum. For Scotland though it's another matter, far more serious than stale Cuban ammunition bread and illegal rum toddys...

700 Years ago near the city of Stirling, Scottish soldiers handed an invading English army their lunch on a platter at the battle of Bannockburn in June 1314. The Scottish Parliament at Holyrood in Edinburgh has called a vote by all residents 16 years and older on the very simple question: Should Scotland be an independent country? Scotland's First Minister in the semi autonomous Scottish Parliament Alex Salmond (shown below just to prove that telegenic politicians are a US obsession) is leading the Yes Scotland campaign on a leftist plank of affordable housing and jobs though how Yes Scotland will follow through on those promises in these arduous economic times... A group of right wingers has come out with a libertarian position supporting independence called Wealthy Nation, so everyone is climbing aboard the change bandwagon it would seem at first sight in Scotland. 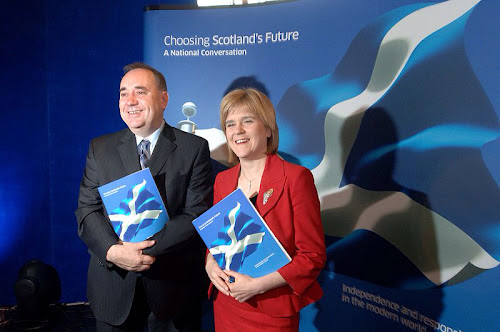 Deputy First Minister Nicola Sturgeon, shown above, whose name keeps up the fishy link in Scotland's march to freedom, is also promoting the Scottish National Party's "National Conversation" about independence. However as you might imagine not everyone is delighted about this separatist path. Lately the European Union has said it's not clear Scotland would gain admission to the EU, and suggestions that an independent Scotland might continue to use the English pound have been rejected by ministers in London. The message seems clear: if Scotland decides to set a bad example to independence minded Catalonia and Corsica they will get no help from the Big Boys in Europe. This sort of bullying seems to be having an effect, even as England plans to offer increased autonomy to the Scottish parliament if the people vote No. It's all carrot and stick... 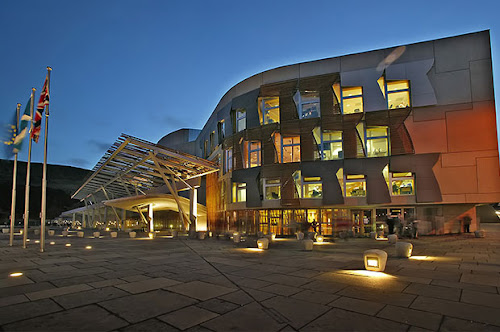 England fought Ireland horribly when they wanted independence, and union was forced on Scotland with a brutality that would give modern sensibilities the vapors. Over the past decade the English who constitute about 53 million of the United Kingdom's 63 million people have given autonomy to Wales and Scotland in hopes of fending off this day. North Sea Oil, Scotland's great economic hope is drying up so England's delaying tactics worked on that front, and losing Scotland won't mean the huge cheap energy loss of even a decade ago. But Scotland's five million residents, like the Conch Republic's notional 40,000 in the Lower Keys, have a lot of scenery to sell. We smaller states end up selling ourselves to visitors with our history and pretty views. 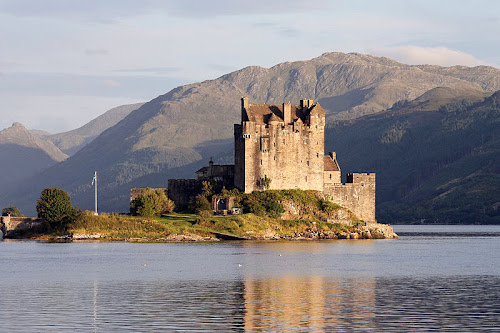 There is in me a streak of silly escapism, a desire for change for the sake of change and the chance to see what happens when one leaps where angels fear to tread, which to some extent is what prompts people to move here. I have no idea what's best for Scotland, or the Lower Keys come to that. But I do have a mad desire to see what happens if the Scots do take that leap of faith. Who knows, perhaps they could lead the way to independence for Wales, Catalonia, Corsica and perhaps even these distant lumps of rock where endless debates about abortion and gay rights and evolution and guns all the rest of the mad mainland political posturing mean so little. One Human Family: is that a philosophy strong enough to build real human freedom upon, instead of using it as an excuse for bed races, fake battles and drunken public partying? Would the real Conch Republic, a place of tolerance and belief in the res publica as originally envisioned find space to live and breathe and prosper? Lead the way Scotland and perhaps Sassenachs everywhere can learn from your example.
Posted by Conchscooter at 12:00 AM No comments: