The  New Market on Caroline Street has somehow devolved into a corner convenient for the residentially challenged population to use as a hang out. Early enough in the morning and it is a beacon of warm lights: 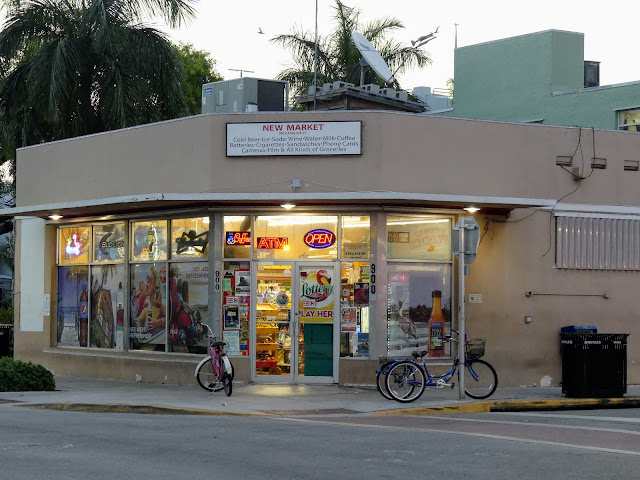 Towards Duval Street the  art gallery that doubles as a bike rental building reminds me in passing how hard it is to make a living in this town: 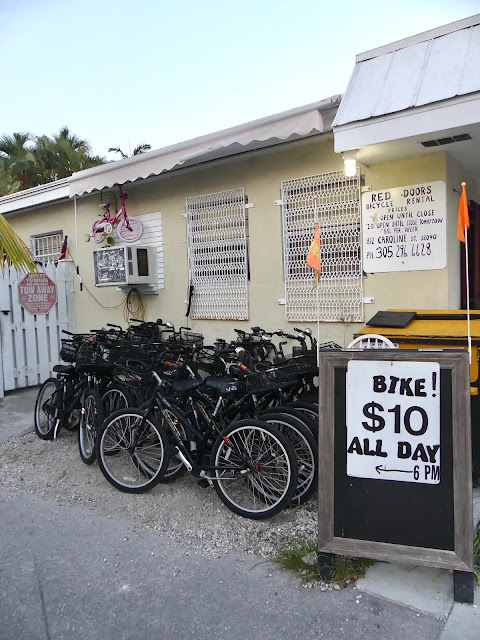 And Pepe's has been here a long time no matter what: 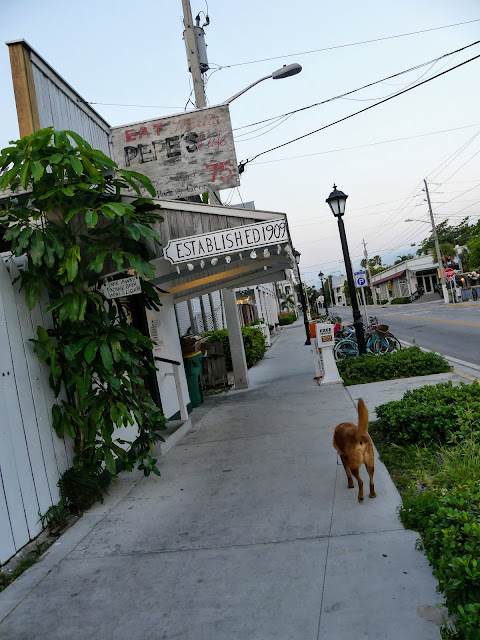 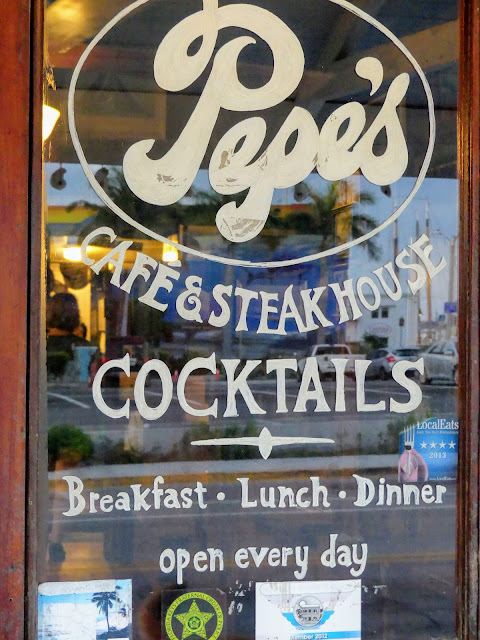 His chest was rising gently as he slept the morning away at an impossible angle. There is a Facebook page dedicated to those defeated by the demands of gravity in Key West, so prevalent is this behavior: 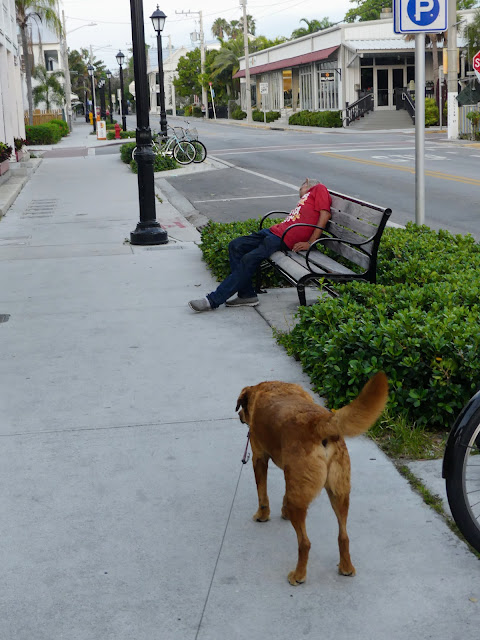 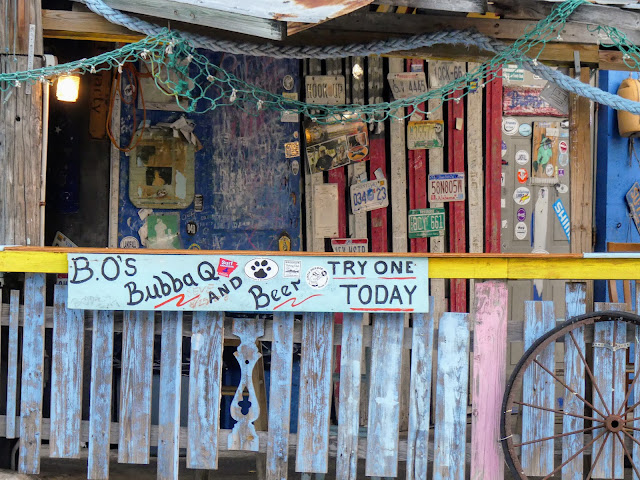 Construction underway, also known as gentrification just up the street from the homeless hangout. 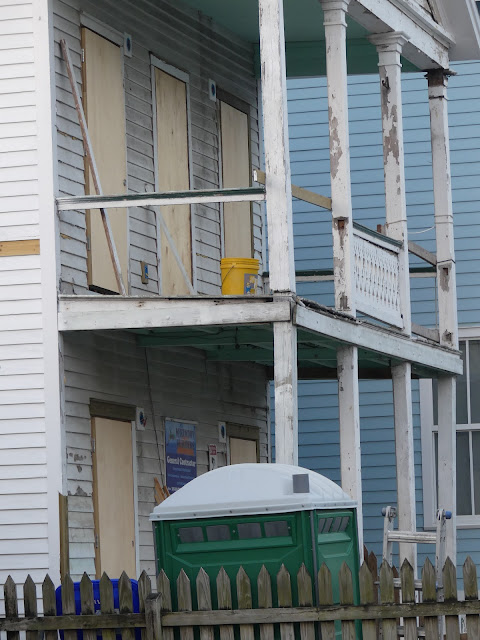 Key West remains despite the odds a very mixed population.
Posted by Conchscooter at 12:00 AM No comments: