The Edges Of The Cemetery

Its hard to argue with the prohibition on dogs in the cemetery considering how inconsiderate too many dog owners are with their animals, however its a prohibition that does keep me out. 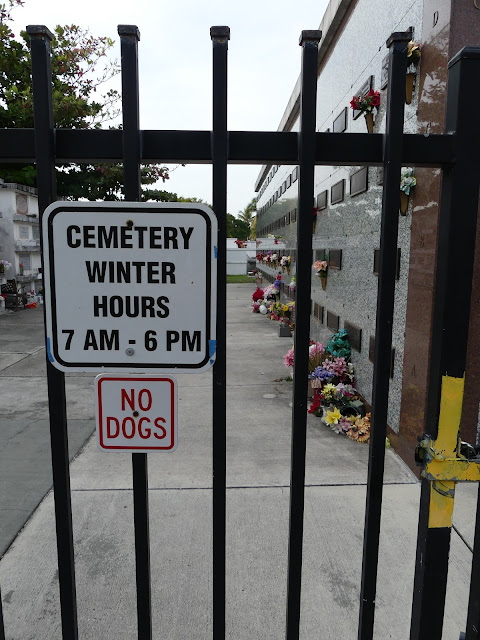 Which is a shame because the cemetery is an extraordinary repository of Key West history and it is filled with some very interesting tombs. They have to be above ground as the water table is quite high and does not permit in-ground burials. Consequently there are all manner of tombs in plain sight much more like a European cemetery than anything found in the US outside Louisiana. 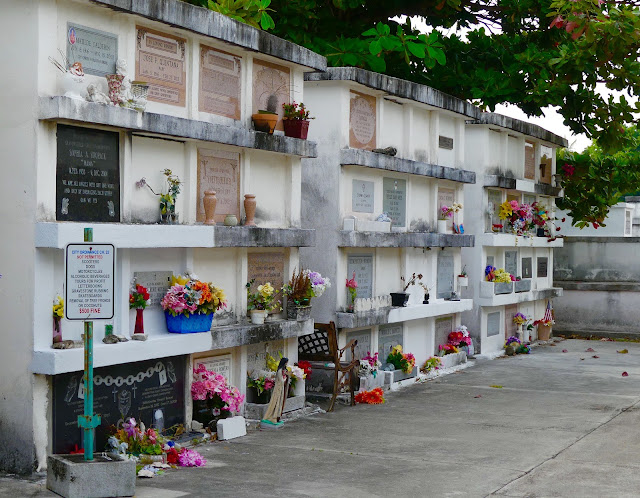 The cemetery these days finds itself in the middle of the city of Key West though it was not planned that way. In the 19th century a major storm dug up the coffins buried on the south shore of the island (and it was an actual island in those days, not a glorified peninsula as it is today) so the residents felt obliged to move the cemetery to a more secure inland location. 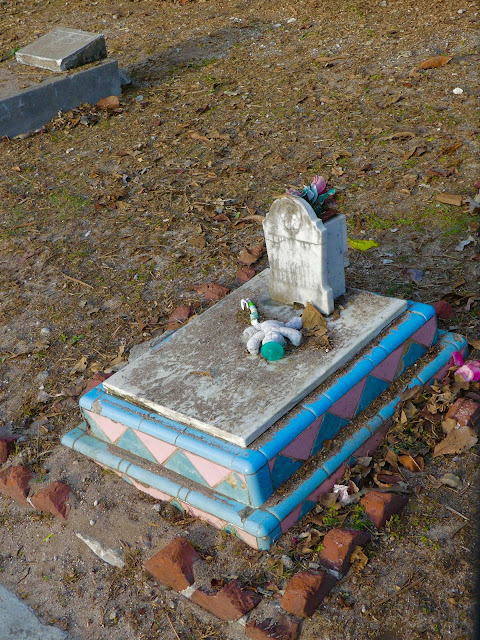 The spot they chose may seem eccentric today but at the time this area of Key West was open grazing land for farming, mostly dairy cows. Truman Avenue a block south of the cemetery was called Division as it separated the city from the open land. 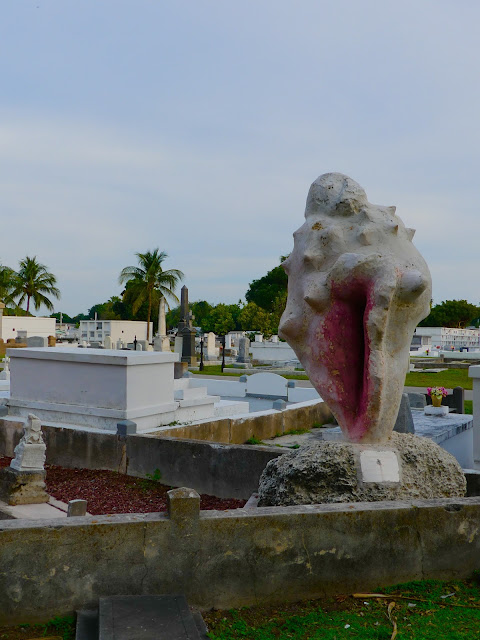 Then as the city grew and expanded it gradually came to surround the cemetery that use to lie on the edge of the city. 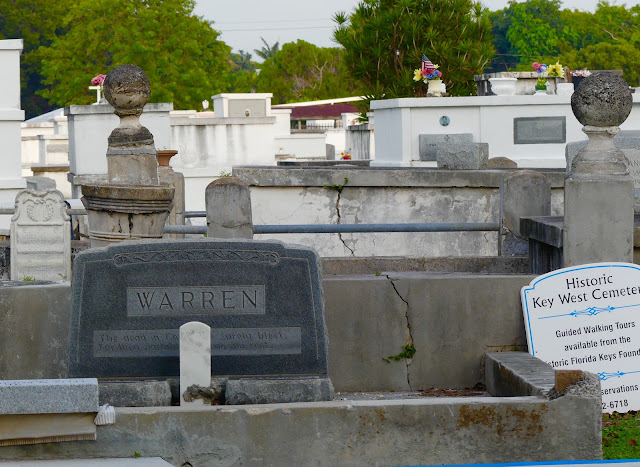 It's a struggle to keep the place tidy and organized as the burial marks are well worn. They put up a solid fence around it but people still occasionally climb it at night to wander the cemetery which is a shame because as you can see it is still very much in use and family members come here frequently. LIke dogs, those vandals and thoughtless trespassers looking for a cheap thrill need to be kept out because not all know how to behave. 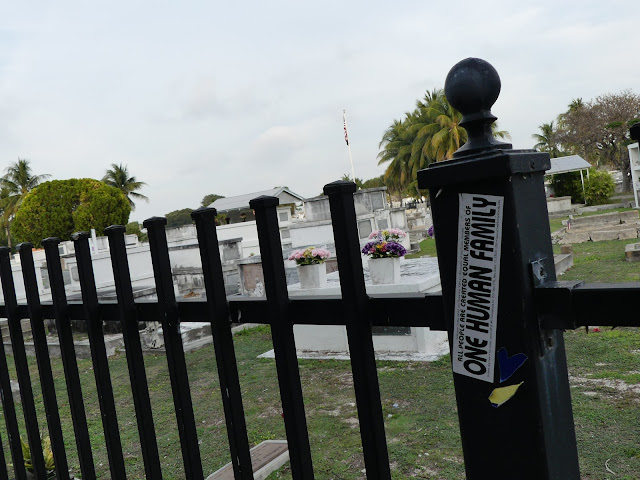 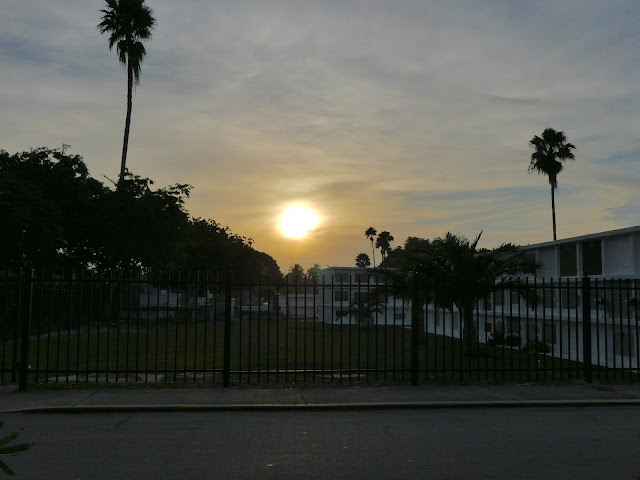