In my opinion it is one of the great ironies of the Florida Keys that Key West, the destination for boats has an abysmal  harbor. In reality for most small personal boats you could say there really is no harbor at all. 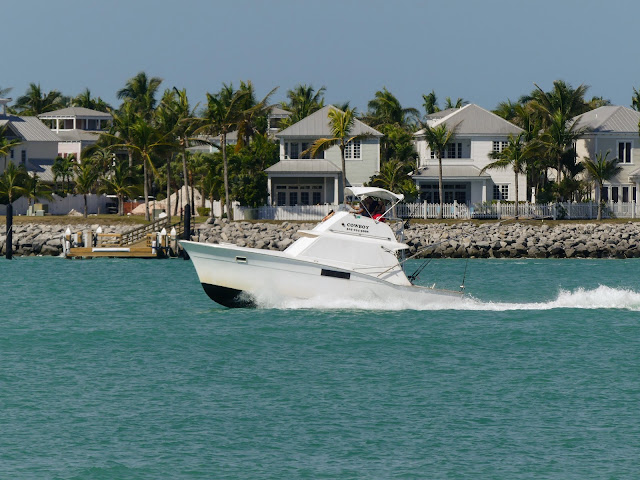 The only saving grace of this so-called harbor is that most of the time winds blow from the east or southeast (from the right in the picture below).  However from all other directions the harbor is basically wide open and because the waterfront has been dredged to make deep channels for Navy vessels, and lately cruise ships, the deep water, over 30 feet much of it, anchoring can be rigorous. Add to that a poor seafloor for anchor, rubble and strong north-south currents aided or foiled by strong winds and you wonder why anybody anchors here at all. By comparison Boot Key Harbor in Marathon is an ideal place to park your boat in perfect safety and comfort. 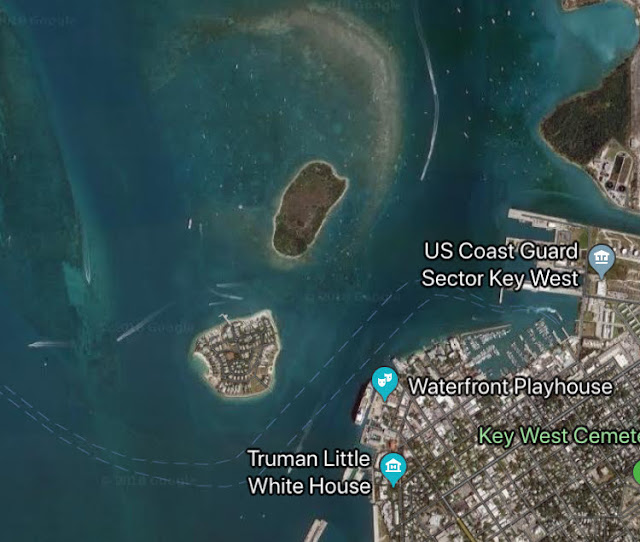 Nowadays the waters of this historic harbor are home to tourists and their boats. Below we see one of the giant catamarans, known as "head boats" or  rather uncharitably as "cattle boats" owing to the many passengers they carry. Then they act as floating platforms while the passengers enjoy water sports in the relatively flat waters of the harbor as you can see: 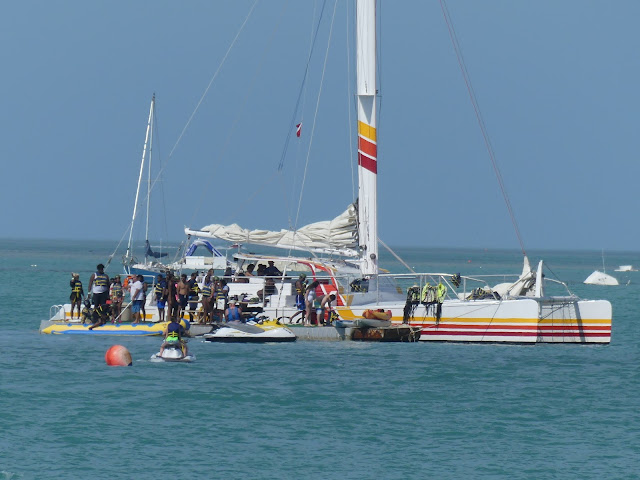 There are boats at anchor all over the place, some are homes others are being stored, some are tidy others are abandoned. It's easy for a boat to become a burden. 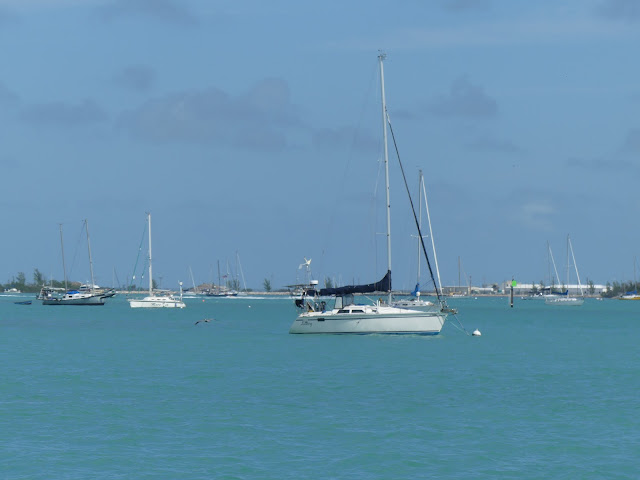 The busiest boats are the working craft. This one below often known as a "tall ship" which is a term that sets my teeth on edge had been sailing in an event associated with Civil War days that involved as always a sea battle. Much powder and smoke and sailing in close quarters...much fun had by all. 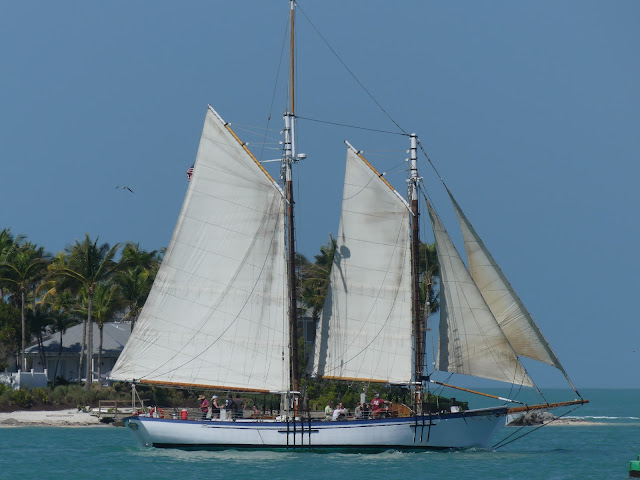 Then there are the more conventional sail boats hauling people around: 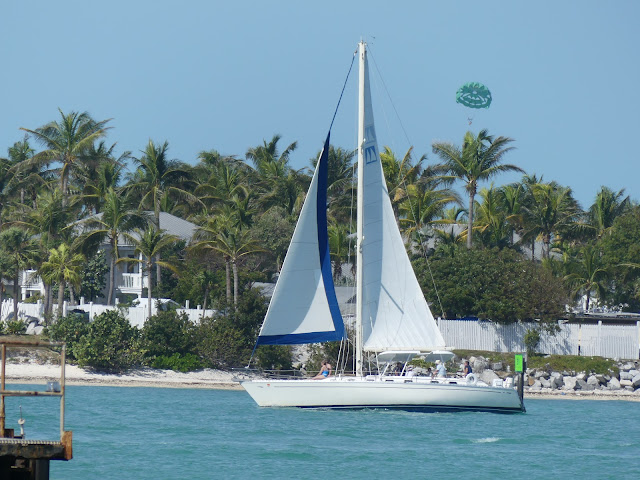 Commercial fishing boats also known as head boats a some of them take dozens of anglers out to deep waters, 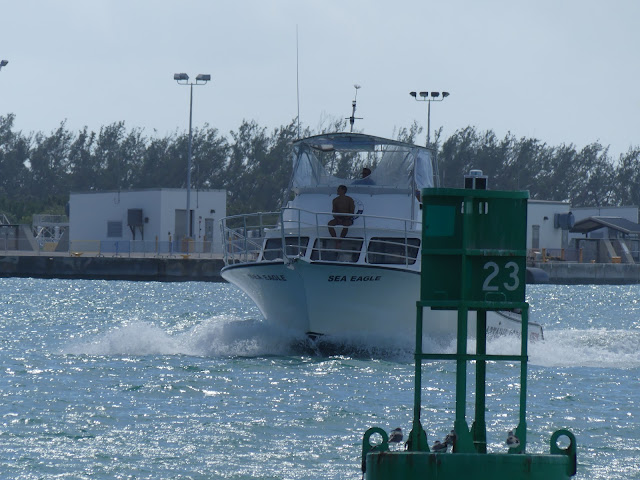 Wisteria Island is the undeveloped island in the harbor, so called as  a ship called Wisteria sank nearby. A local landowner thought he owned it until the Blue Paper investigated an discovered it is owned by the Federal Government and it's fate is up in the air. There is no development plan for the island though there has been talk of turning it into a formal park, the fate of most wild land around here. So far it still seems to serve as a space for people living on their boats despite much debate about "trespassing." 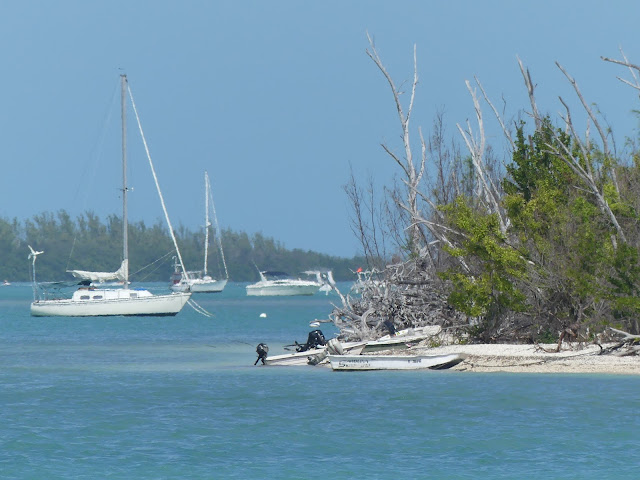 There are boats as far as the eye can see. I guess one has to acknowledge the reason for all these anchored homes is the attraction that is Key West. For many outsiders the Florida Keys are Key West, much to the irritation of the 50,000 people who don't live in the city. However it cannot be denied that the bohemian lifestyle that used to be enjoyed in the city remains a draw, and the cost of housing ashore is such that living for free at anchor has enormous appeal, especially in a  town where freezing temperatures are unknown. By that I mean it never drops below 40 degrees in Key West even if wind chill temperatures especially on he water can make it feel much colder. The cold snaps never last either so why not live the dram on the water? 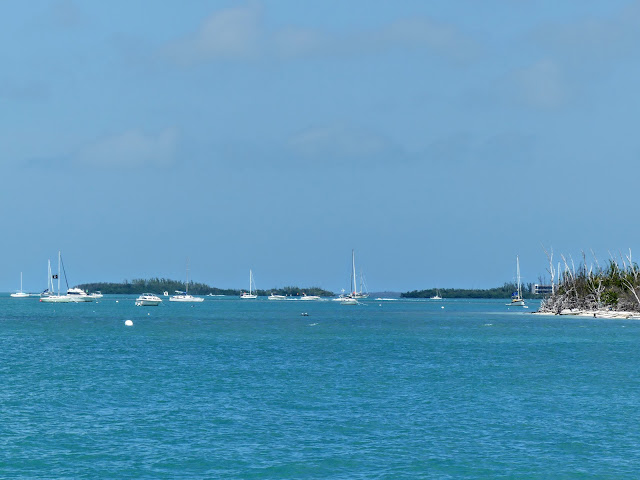 The say Admiral Nelson is responsible for the saying; "Men and ships rot in port," and as far as I can tell whoever did say it, they were right. It's worth pointing out that you will find many mock heroes who come ashore from their boats at anchor swaggering as though the fact of living on  boat accords them mythic status. Actually it's a matter of logistics and patience that is required to live permanently "on the hook" (at anchor). Just because they live on the boat doesn't mean they move it, or sail it, or enjoy moving across the water. Many lay claim to sailing to Key West when what they actually did was motor down the intracoastal waterway, known to many as The Ditch because that is what it is. Then they park the boat and turn it into a condo. And call themselves sailors. 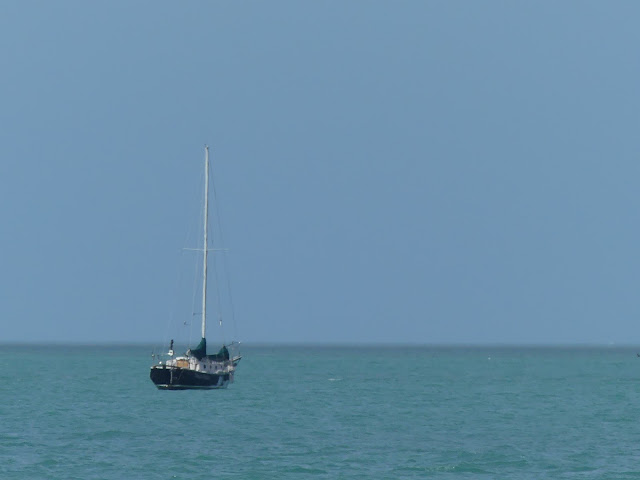 Others send their paid crew ahead and the owners fly down later and helicopter out to their floating palaces. It's the opposite extreme and equally unappealing to me: 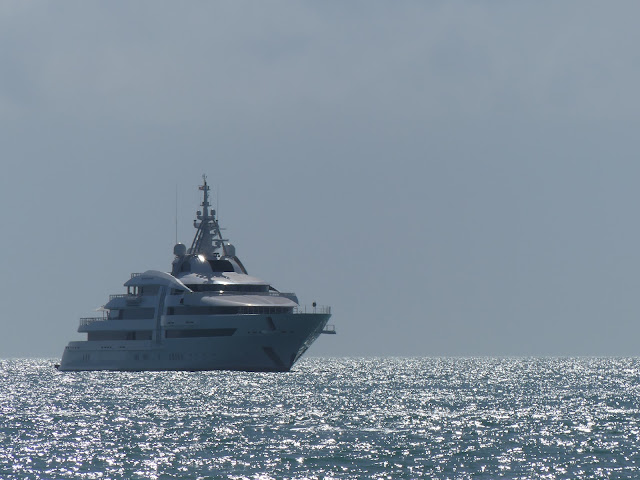 Knowing how to anchor is a good skill. Being tough enough to brave all weathers to come ashore to work is another good skill. Remembering to bring your trash and to take back potable water is also good. And if you forget something on the boat it is a long dinghy ride away to go back and pick it up. And then you live in a  small space, pointy at one end and never quite still as you move about the narrow cabin. 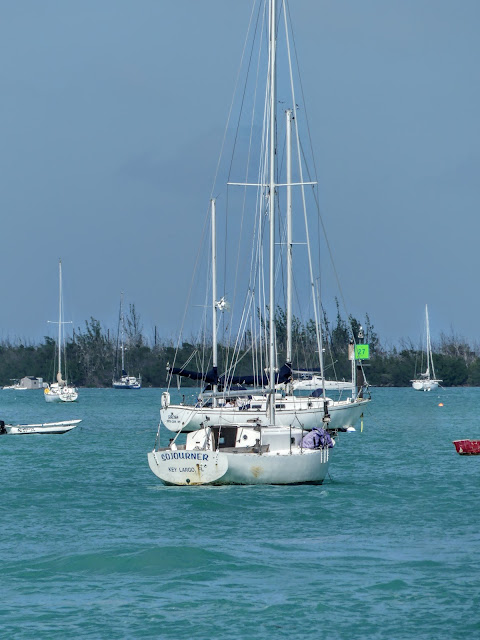 Or you could just buy a ticket on a cruise ship and blot Key West out altogether: 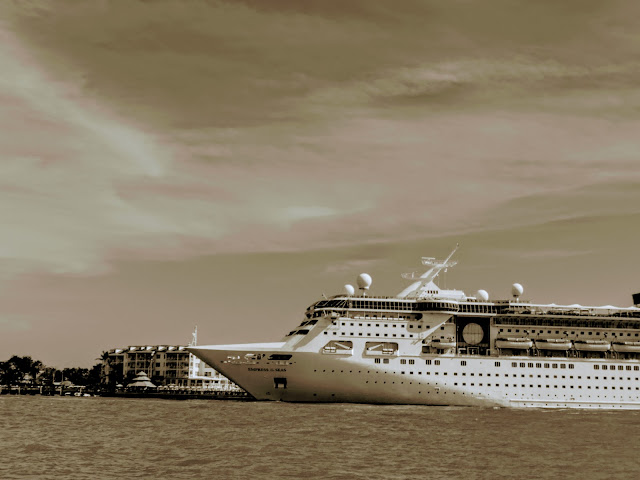