Old City Hall is getting a makeover if the sign is to be believed.  City Commissioners have new quarters on White Street so presumably only lesser city bodies will now meet in the ornate chambers here, I'm thinking commissions and boards and advisory groups. Meanwhile one of the clock faces is still showing damage from Hurricane Irma. 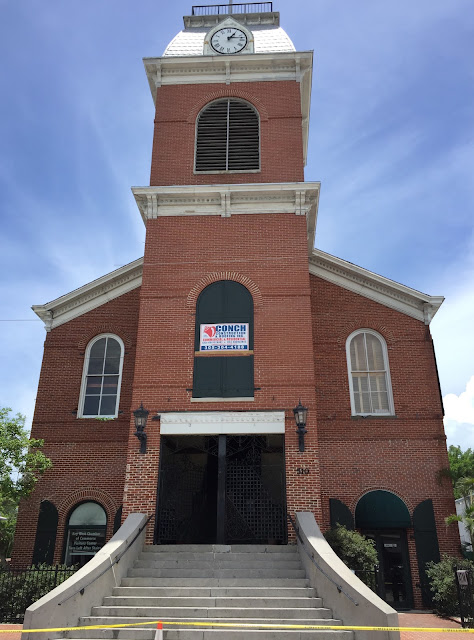 Walking down Ann Street I saw diving tanks being prepared which reminded me our canal has cleaned up a great deal which could mean it's finally time to go swimming, the first time since September. In fact my wife must have been thinking along the same lines as she brought it up and we did swim this past weekend. About time. 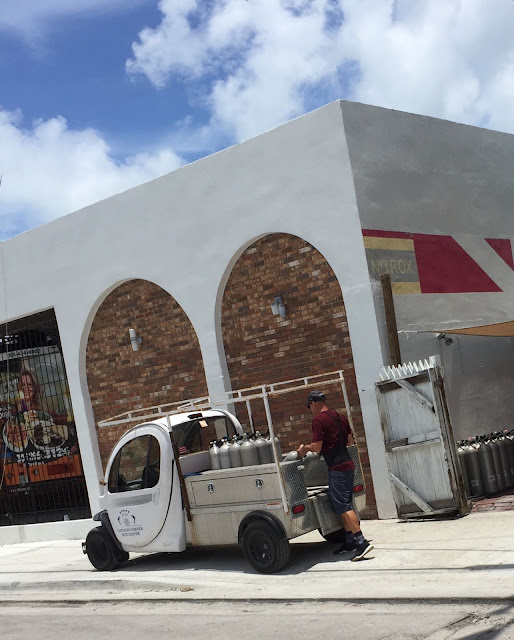 The heat is on and summer feels like it has arrived after lots of rain and cool breezes. Even Rusty loses energy in the great outdoors in the eraly afternoon. I hover in shade and he does the same. 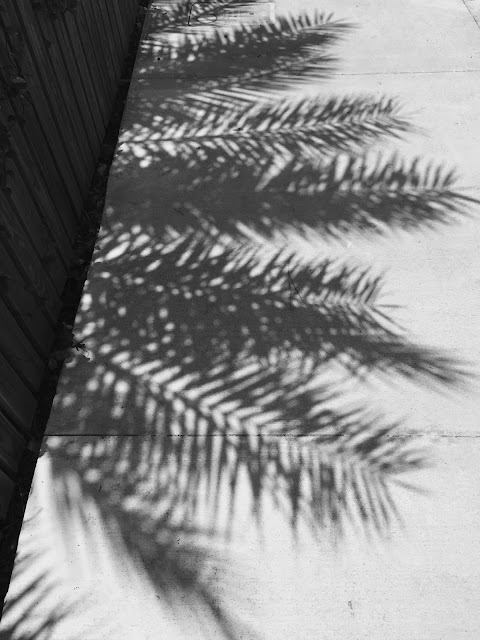 I saw this lone shoe on the sidewalk, apparently looking for its mate: 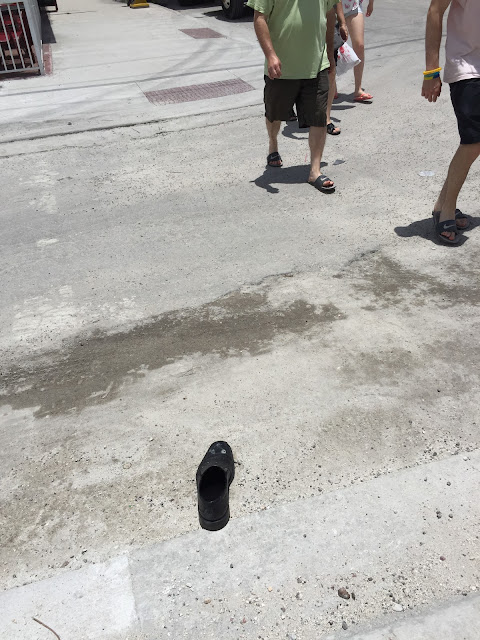 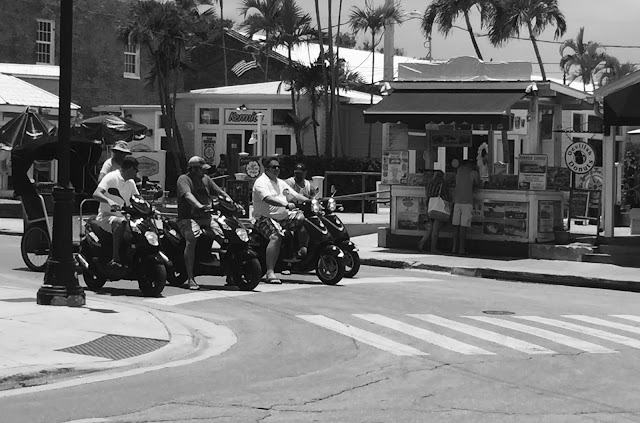 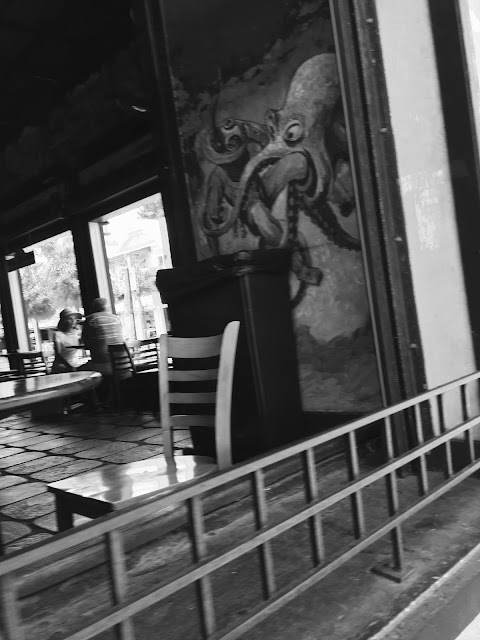 Then I must have got infected with an artistic bug as I walked Duval feeling vaguely out of place. I watched the visitors shop and window shop and I snapped random pictures. 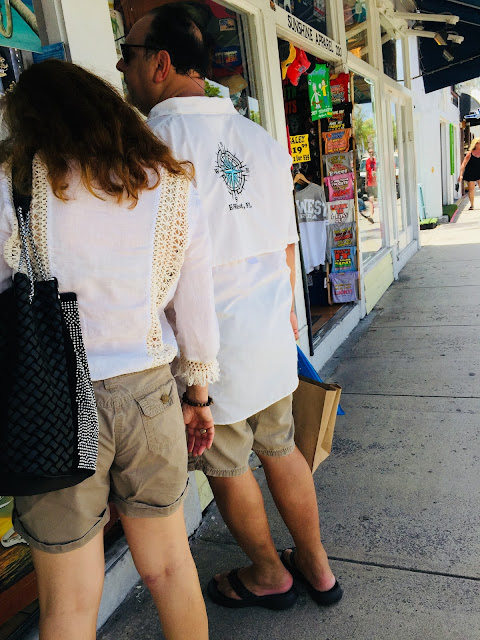 I rather liked how they came out too. Odd. 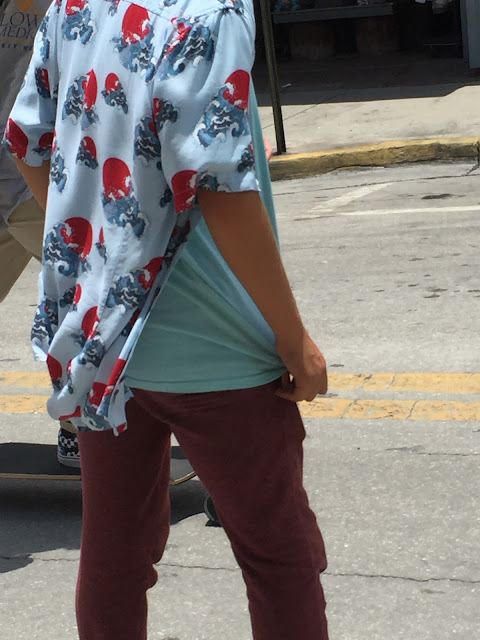 I felt like there was a story behind each one though you can make your own. 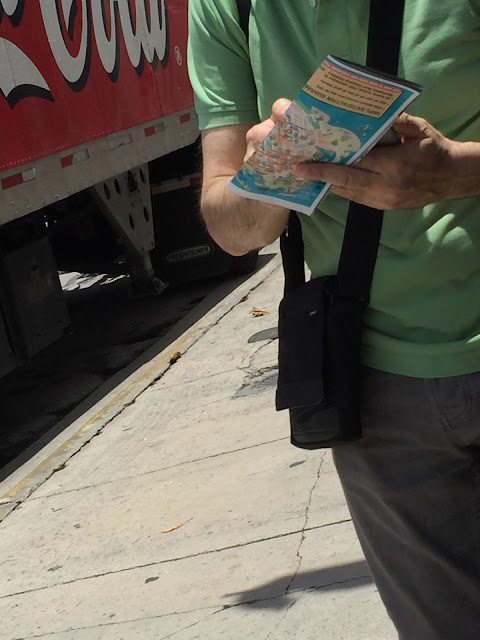 An umbrella vendor caught my eye, and her wares more so: 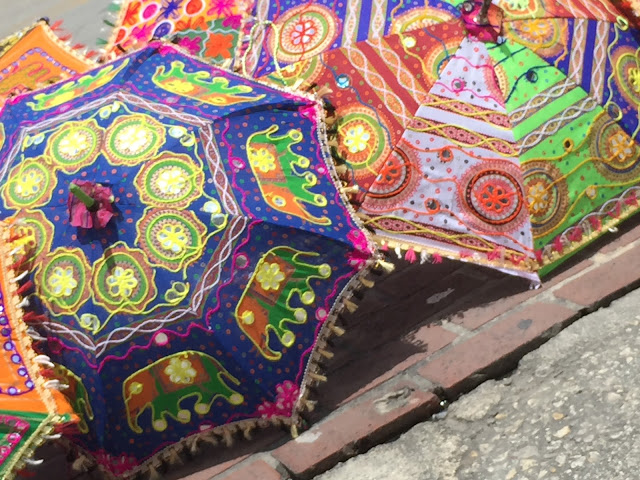 Then I went home to reality and a hot dog.
Posted by Conchscooter at 12:00 AM No comments: