Henry Flagler, the 19th century oil baron knew that if he wanted his railroad to prosper he had to create destinations. So he built a number of palatial hotels down the east coast of Florida to fill his winter excursion trains with frozen New Yorkers coming south taking the place of ripe Cuban pineapples going north. 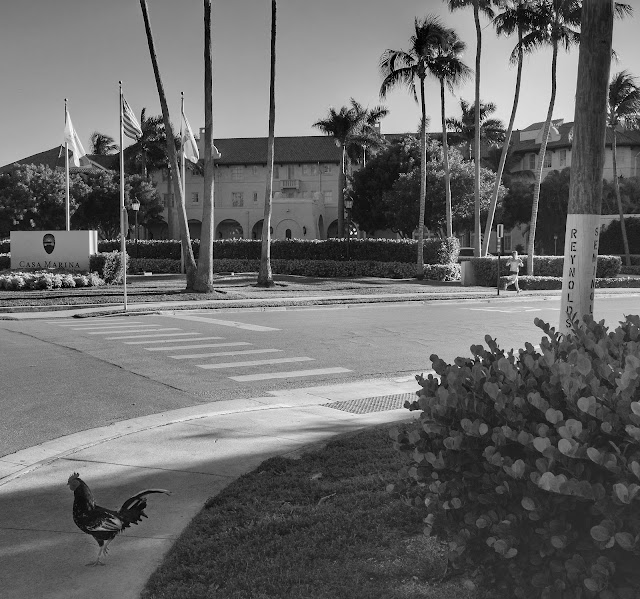 His Key West hotel is called the Casa Marina Resort owned these days by a rotating list of chain hotel names currently Waldorf Astoria is responsible for the old pile built in 1912 when the Florida east Coast Railroad arrived in Key West. Nine years ago (!) I wrote out the whole story and posted it on this page. Digital cameras have come a long way since then I discovered when I went back to look. This is the back of the resort which is the huge pile visible behind the lead bicycle rider: 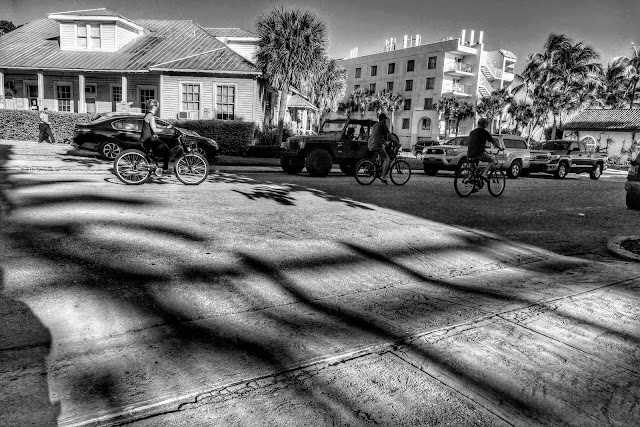 Many years ago I overheard a conversation between two puzzled visitors. They were studying a  map, not on their phones as I said this was a long time ago, and one said to the other; "I'm amazed a town this small has separate neighborhoods." A comment I've never forgotten, apparently. 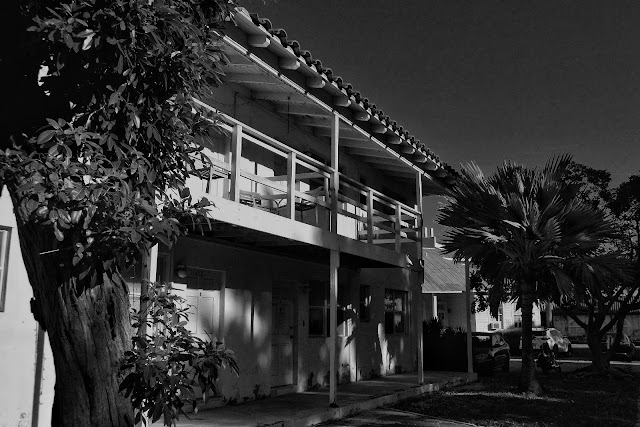 And it's true there are several neighborhoods in town. And furthermore I'll tell you this, kids who grew up on Big Pine divide themselves. North "Piners" despise South "Piners" even though Big Pine Key has a population you could conveniently house in your garage. The highway divides two ardent communities. Weird. Upper and Lower Sugarloaf is the same way. You drive down highway one oblivious but "As The Keys Turn" is playing out just beyond your windshield. 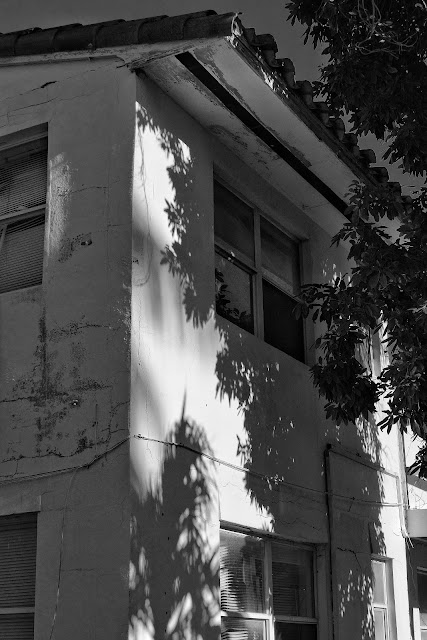 Casa Marina is an upscale neighborhood with expansive expensive homes a bit like Cudjoe Gardens is a cut above my neighborhood (Spanish Main) on Cudjoe Key (population: not many). If you live in Casa Marina you aren't in The Village or Midtown or The Meadows. But you are still under the flight path ready to get your TV drowned out by another load of trippers coming to town. 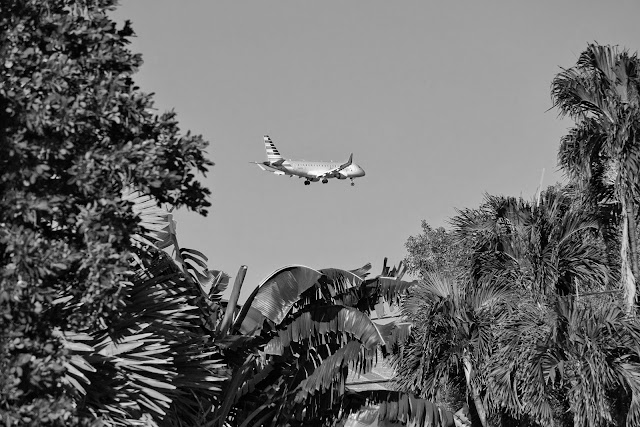 Like every upscale neighborhood in America and I dare say the world at large where there is wealth there are trees. and here they are spectacular. If you like tropical greenery that is. If you prefer coniferous forests you are out of luck. 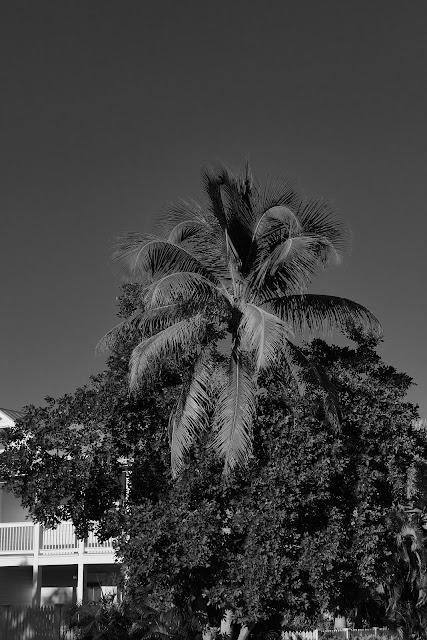 Wind palms bowing and scraping in the air far above me. I really enjoyed that on my lunch break yesterday. 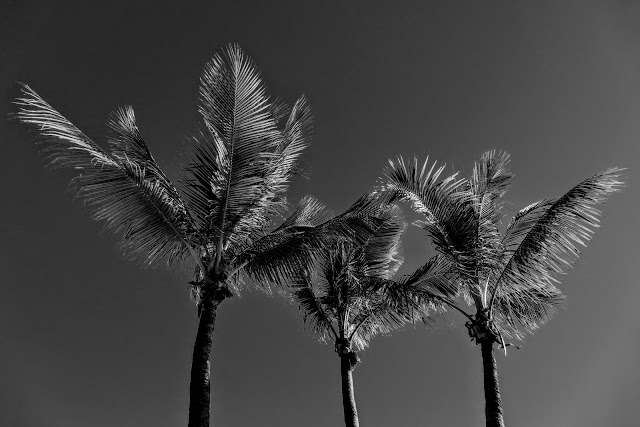 And the architecture of even the modern bed and breakfasts and homes reflects the Key West style: 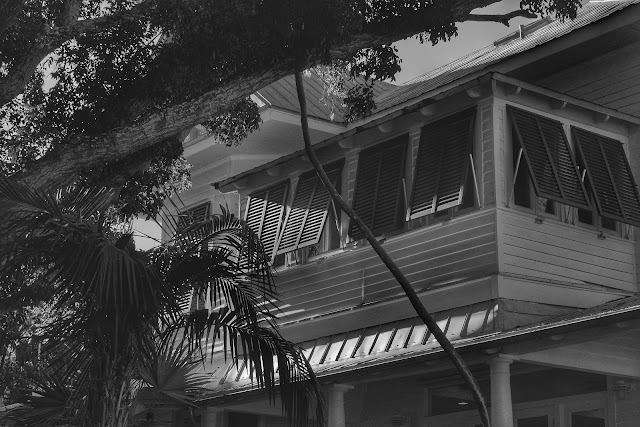 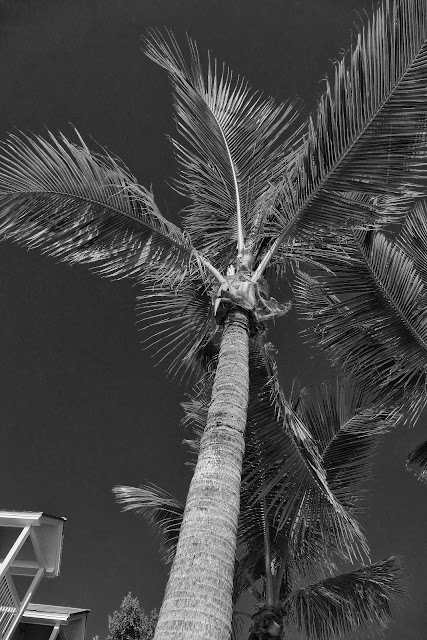 This is where you come to escape the snowdrifts of your home town, a lounger under the palms, a barely adequate banana hammock and a fruity drink. If it ever comes up I prefer a gin and tonic to something that looks like a crushed coconut or blended strawberry. 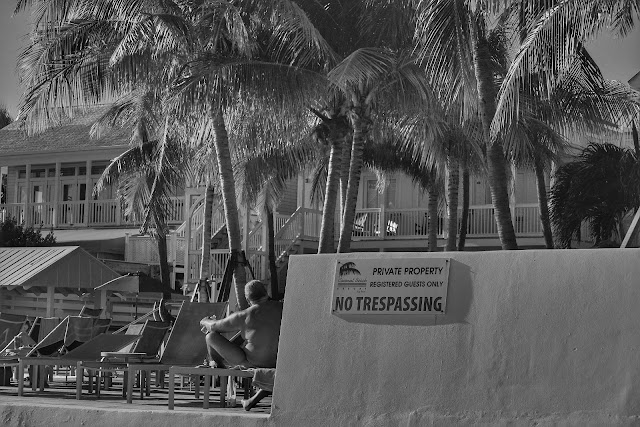 And on the subject of snow going swimming on a day that registers barely 76 American or 24 degrees Canadian is not a day to go swimming. 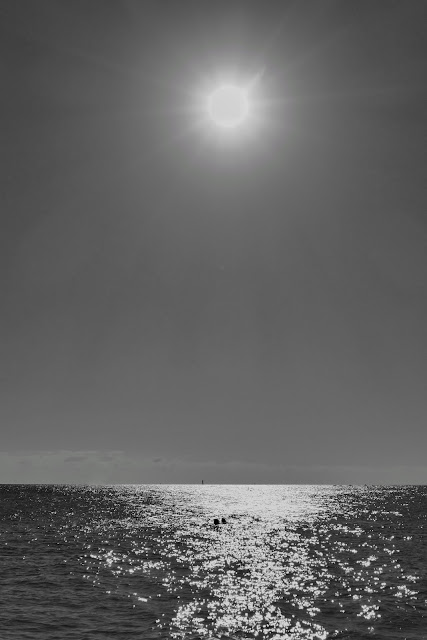 You just can't tell some people anything. 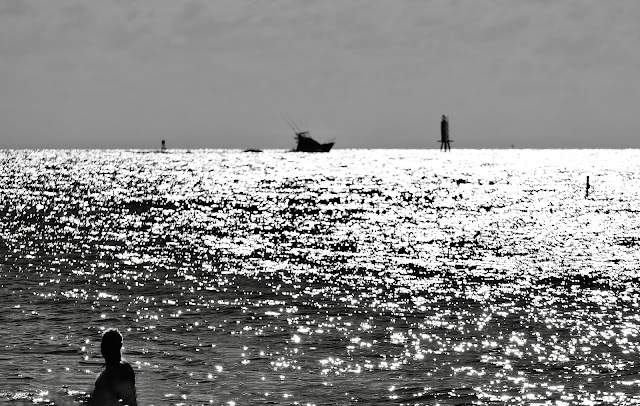 Even among the seagulls sunbathing space is at a premium. 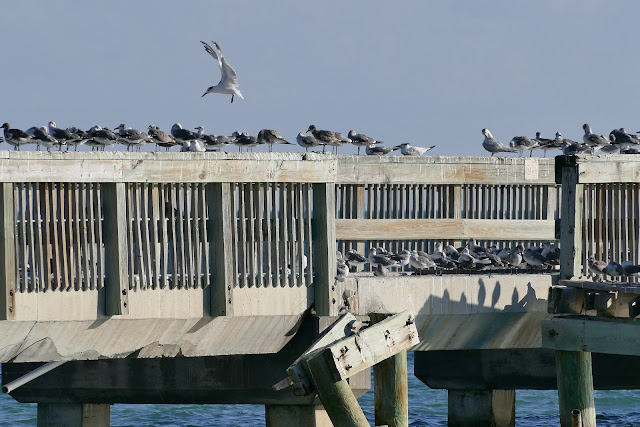 A fine sunny splendid day on land. Swimming days are over but they will return in the fullness of time when in fact the time changes and we know Spring and warm-ish seawater is back. 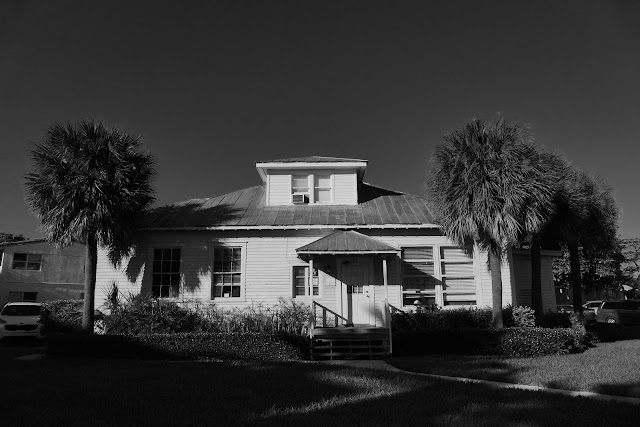