From March 2009 this winterish meditation on a particular street in Key West with suitably pertinent ruminations on a  cold winter six years ago:

A winter evening in New Town; a Triumph Bonneville, a camera and me: 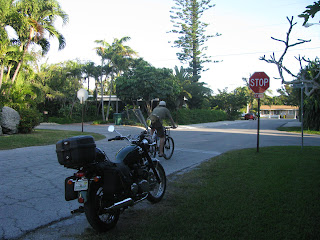 It's the corner of Tropical Street and Von Phister. I'm not sure I could live too easily on a street that goes by the unfortunately sounding name, but there it is, a fist of a street, harsh and uncompromising in name only: 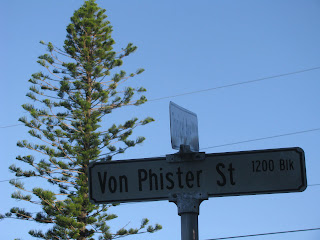 :The sun was starting to hit the horizon which gives the light a golden glow and perhaps that made the suburban street look prettier than usual: 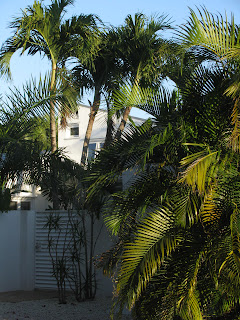 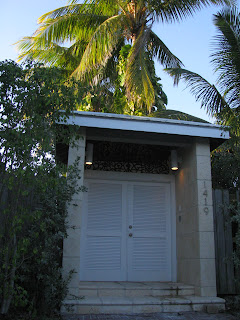 And even though this isn't the world of narrow lanes and wooden tumbledown homes of Old Town it is pretty enough to pass muster in a world of bland mini malls. 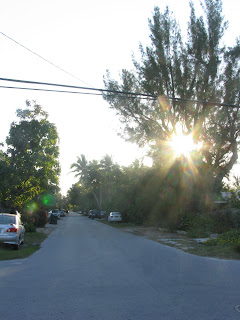 I'm not overly fond of streets without sidewalks but there's lots of grassy edges to park on, or walk along if you are crazy enough to be on foot. Ride a moped, drive an electric car if you live in Key West: 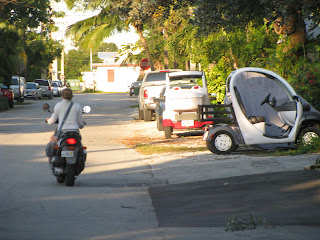 According to J Wills Burke's book Streets of Key West there were two Von Phisters and either one could be the source of this slightly odd street name. The elder owned a grocery store where the Green Parrot Bar is today and his son was a magistrate in Key West in 1860. (J Wills Burke's book is available from your local independent books seller. Quote ISBN 1 56164 317 3). Nowadays Von Phister, which runs from Reynolds Street to George Street, shows off a whole bunch of architectural styles, the cute little Florida beach cottage: 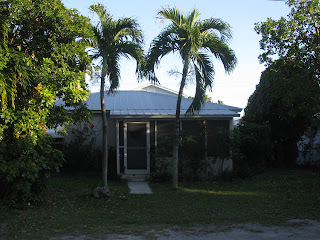 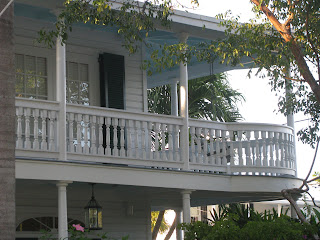 And the mid century storm shutters that always look so appealing to me, be they ever so impractical: 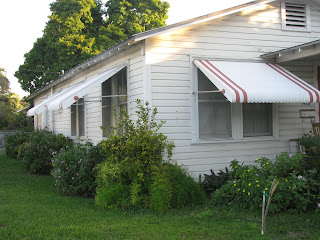 I spotted more of these tin shutters with the red stripe on a house across the street, a home dominated by a giant casuarina, also known as an Australian pine: 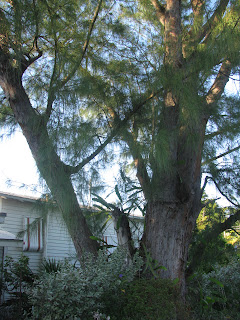 I also noticed a lot of tin roofs in this neighborhood, which are a good thing in hurricane country but that doesn't mean you always see a lot of them: 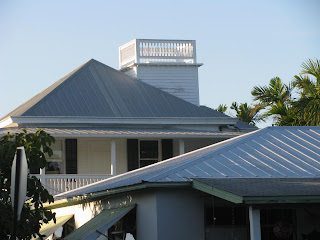 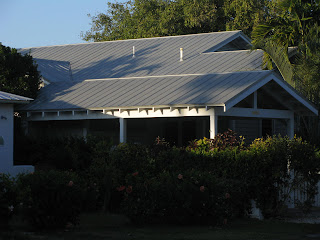 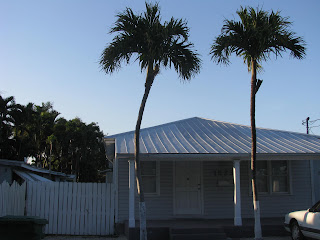 Technically speaking, if you were to speak to a realtor they might call this part of the world "Mid Town" which was a newer designation for that part of key West that lies more or less between White Street and First Streets. Historically Old Town was the original area of Key West between White Street and the waterfront. Gradually as the city spread east, absorbing the open spaces where cattle had grazed, the newer suburban homes became known as New Town, rather unimaginatively. However, in order to differentiate between the far distant suburbs of First through 20th Streets and those named streets lying closer to White Street, the term "Mid Town" got coined, kind of. In a city that measures one's value by the length of time one has lived there, changes come slowly. Von Phister is New Town really and thus has lots of room for big houses: 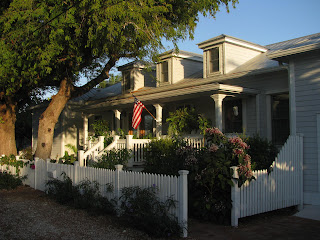 It certainly isn't Old Town, but it has flowers: 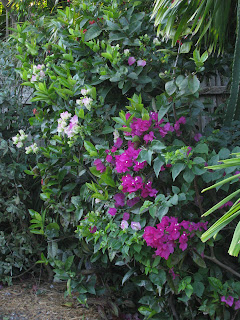 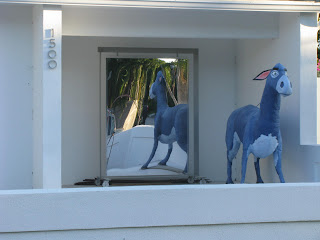 ...and some funky architectural motifs: 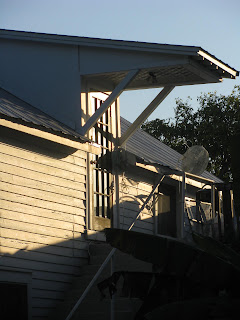 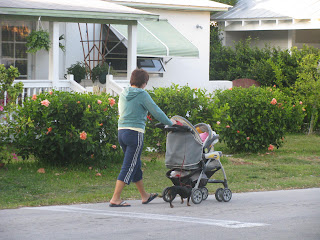 But because this is New/Mid Town houses have room for the much desired OSP, off street parking: 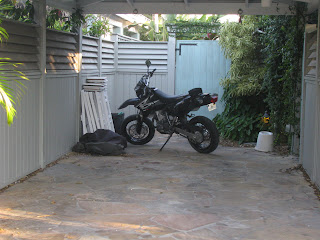 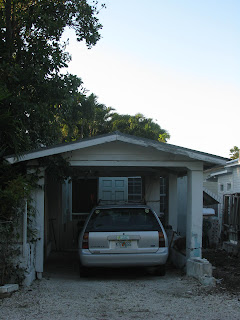 And just a reminder that even though this is 24 degrees North Latitude we still have leafless trees in Key West: 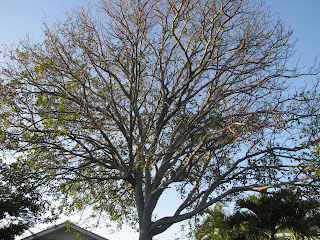 I do like living in the Keys, you lot can keep your snow.
Posted by Conchscooter at 12:00 AM No comments: