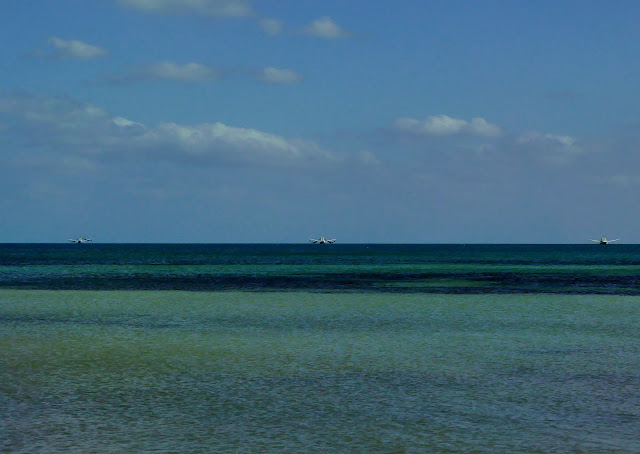 You stand on Rest Beach and look south like a hopeful visitor expecting to see Cuba pop up over the horizon like the monster under the bed... and instead you see an astonishing array of blues and greens and shades in between.  And a few shrimpers ducking out of the weather. They drag nets across the floor of the Gulf of Mexico at night grabbing anything in their path and the crews sleep by day at anchor where they find themselves. When strong north winds threaten they park south of Key West where waters will stay flat through it all. 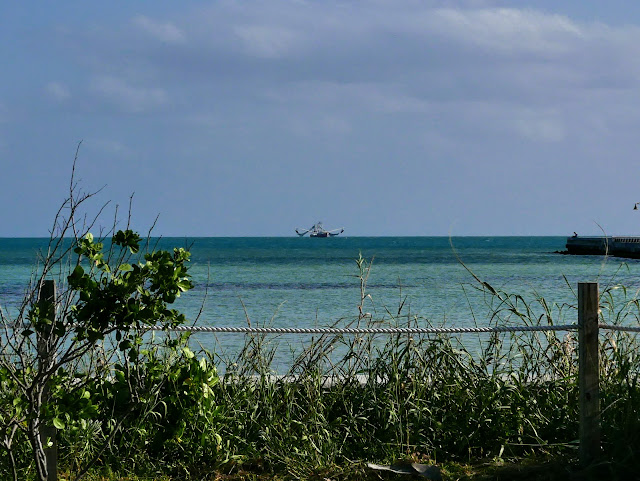 It may be windy and cold, relatively speaking but the planes keep flying in and out of town and for those new arrivals 65 degrees and sunny is much better than they have seen in a  while if pursuit of sun is the goal. 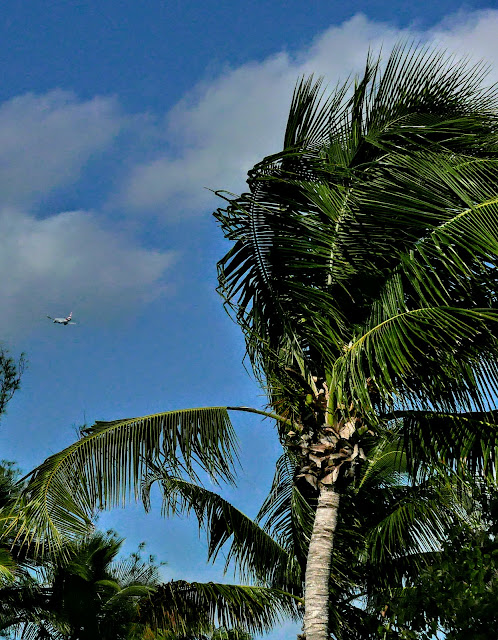 It is the season of much activity in the streets, much exercise, color and movement as the sun brings out the cycling hordes, the joggers, the habits of fresh air and movement of the idle classes. 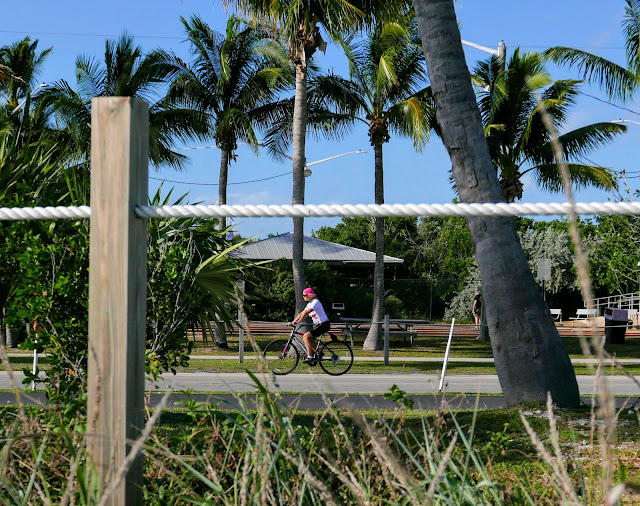 I find myself on the margins trying to find specks of beauty in the weeds. They say there are no seasons in Key West but like so much of natural Florida the seasons are there but they are subtle. Frequently you can identify a season by human behavior, or the numbers of migrant birds suddenly flying overhead. The leaves stay green so the theory goes there are no seasons. I can tell the difference and this is spandex season. 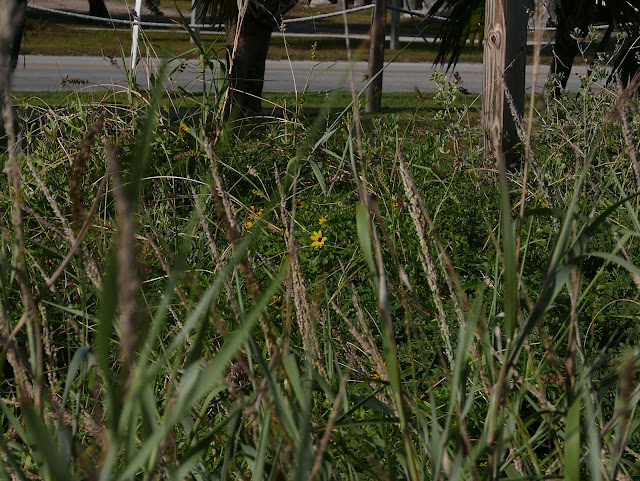 It's also Portuguese man of war season. You should avoid these colonies of stinging tendrils as much as possible. If you are allergic you might have to get an ambulance ride to the hospital. Most likely you will have welts and pain for a bit but as cute as they may appear you don't want to go near them. They are far more of a threat than pythons or alligators to the average tourist. Less sexy I'm sure but that won't relieve the pain of their sting. 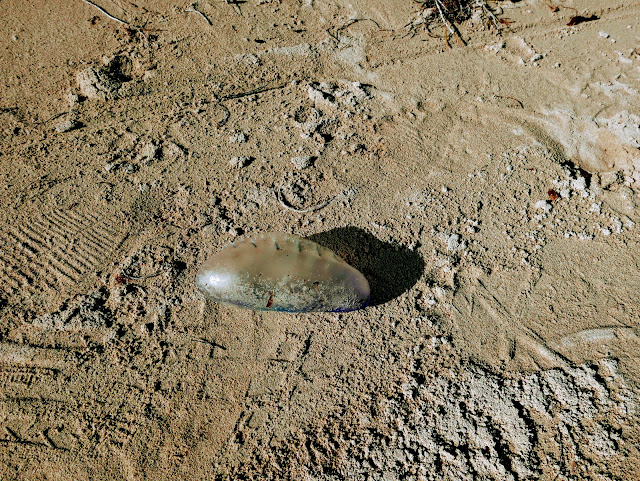 Cold winter weather sounds like an oxymoron when talking of the Keys where the lowest temperature ever recorded was 41 degrees.  In a land of vast temperature contrasts that sounds tropical to many but around here when the temperatures drop below 70 (19 Canadian) it is cold. Remember Key West set a record of more than six months straight of temperatures above  80  degrees (27 Canadian)  something never before seen by the weather people. 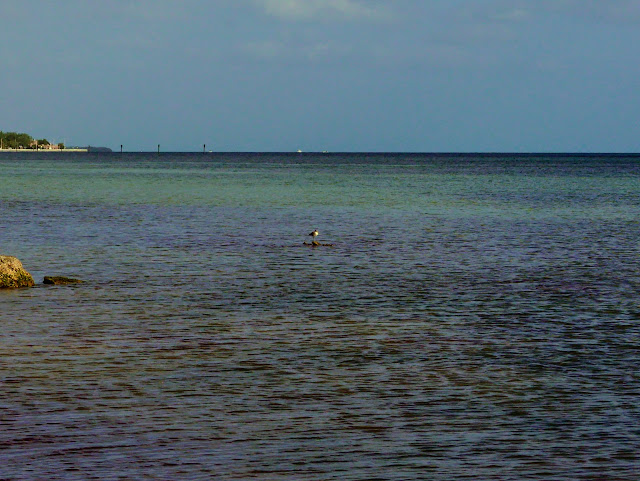 This is the first year I've heard everyone begging for relief after a long burning hot summer. Even I who love the heat was overwhelmed by September. Climate change is no doubt a phenomenon that involves more than local weather but the impacts of sea level rise and oppressive heat are felt locally. 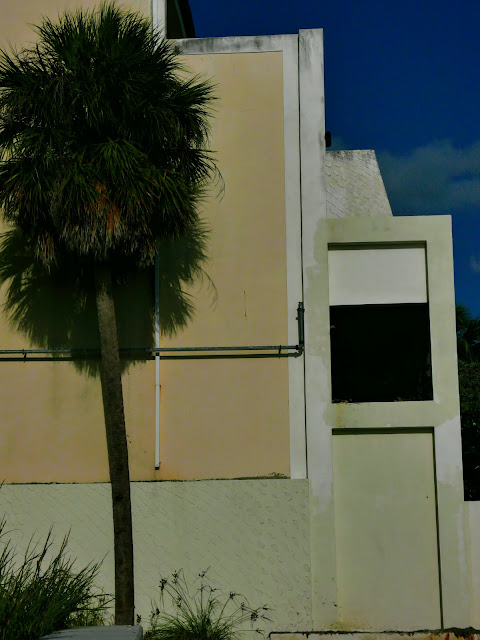 Weather people say Hurricane Dorian pushed back coastal waters and collided with the impacts of the extra high tides of the Fall. The combination led to king tides, so called, of unprecedented duration, about three months with flooding everywhere. 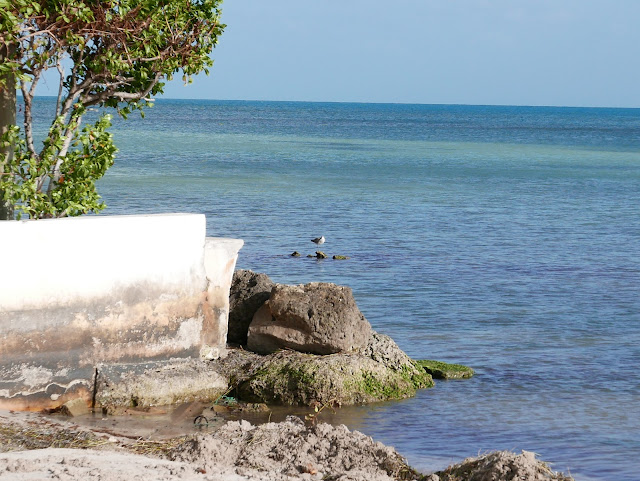 In Europe  climate change has become a cause producing protests and vast amounts of apprehension about the future. China and India shrug and keep polluting and we in the middle seem dazzled by the competing attitudes. We recycle a little, ponder renewable energy, buy big trucks and water lawns copiously and wonder why our leaders spend more time reassuring us rather than doing something. 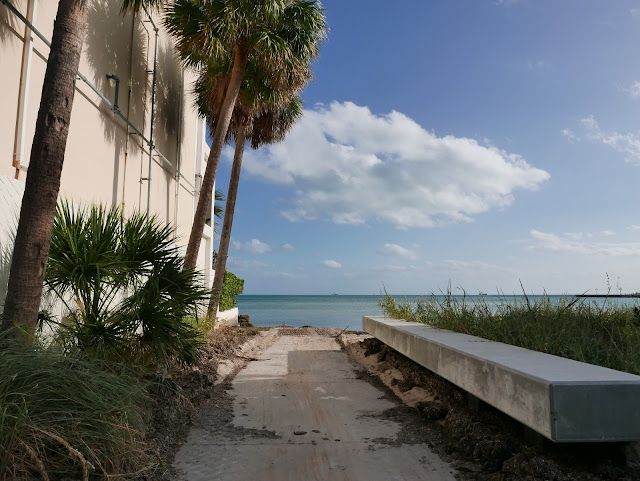 It beats me. Scientists tell us time is short and we need to do lots now to change course from a hot future but here we are. It will be interesting if next summer isn't boiling hot and the winter is freezing cold for a change. Honestly though insurance rates for buildings around here are high and have been for a while. However the real estate market remains strong which in the land of mixed climate messages sounds about right to me. 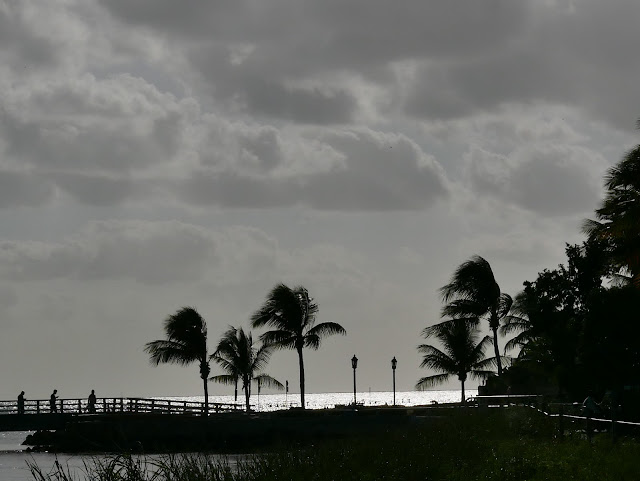 Long may it last I suppose. Peace and sunshine and blue waters. 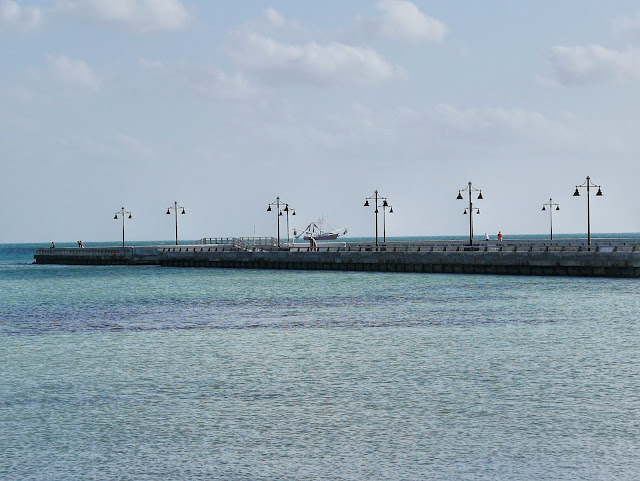 Which for some people those waters are not worth a glance, sitting back to the water contemplating a future on the streets of Key West. 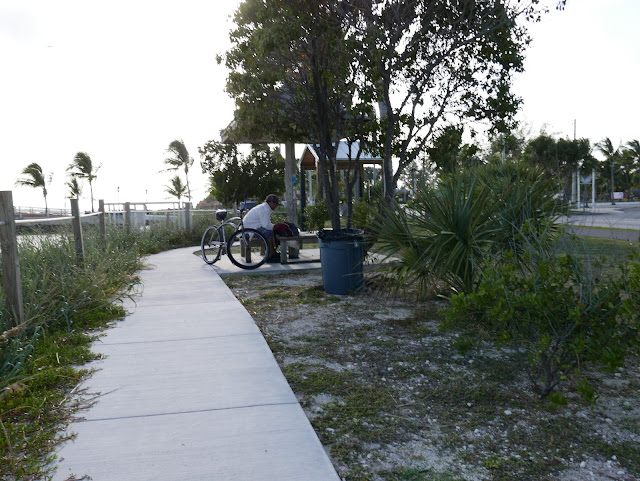 Meanwhile we struggle on and face off against cold north winds, dry skin the endless search for long forgotten winter clothing such as it is. I know I have a fleece somewhere it's just a matter of finding it before temperatures return to normal in a  few days.
Posted by Conchscooter at 12:00 AM No comments: