It is a fact of life in Key West, most people like to dress up any chance they get. And their houses aren't immune either. At Halloween the decorative theme is as obvious as it is at Christmas. 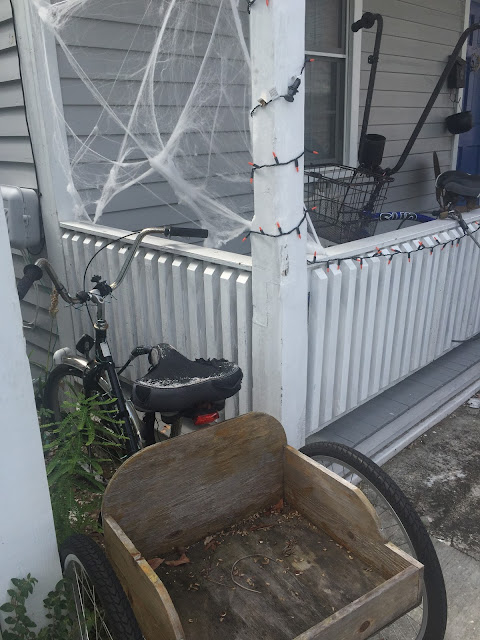 Despite, or perhaps because of, being born on all Hallow's Eve I have no desire to dress up though I thank strangers for celebrating my birthday by resorting to costumes which I know are their idea of a celebration... 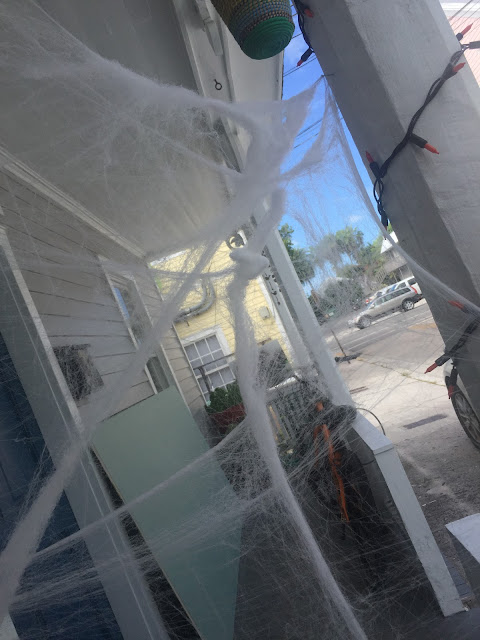 I am not terribly fond of Watson and Packer streets off Truman Avenue in Key West as they feel crowded and chaotic to me. They lack proper sidewalks and the largely un-restored cottages are piled up alongside  a narrow street packed with parked cars. 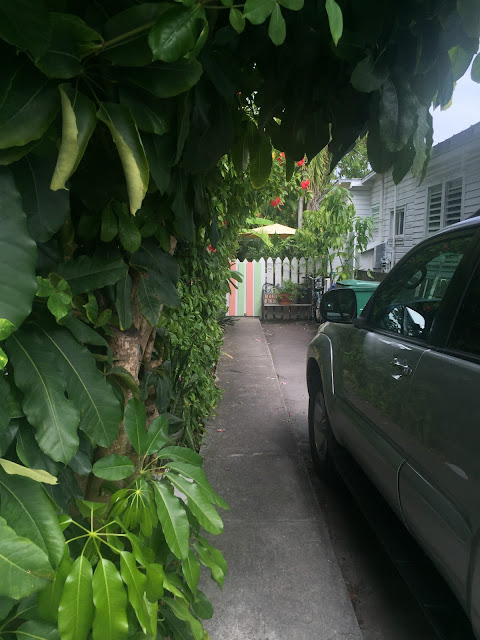 This is Watson Lane,a curiosity off Watson Street: 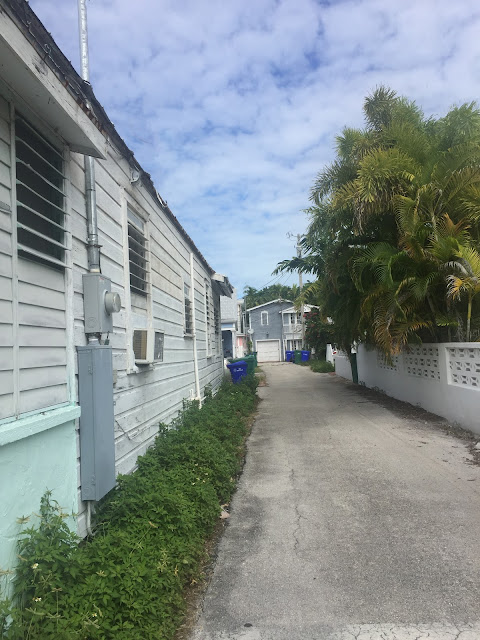 I would hesitate to live in a home with louvered windows, a 19th century for of ventilation, even though they look delightfully picturesque: 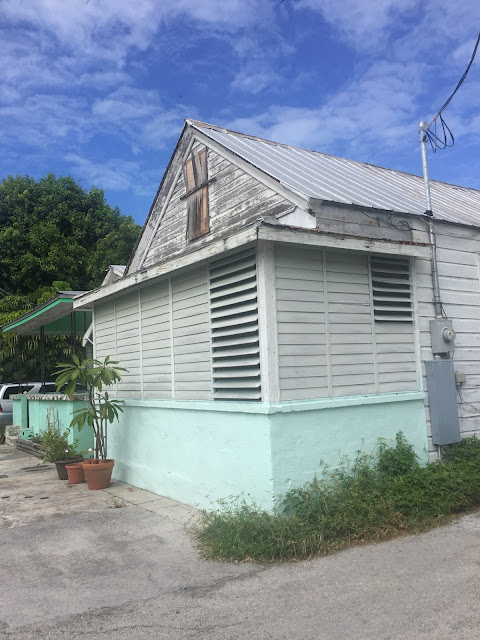 I saw this visiting van from New Jersey wedged off the street -just!- and admired the versatility that I look forward to enjoying in the not too distant future. Th gasoline model at less than ten miles to the gallon is not indicated for me who loves to drive a lot. 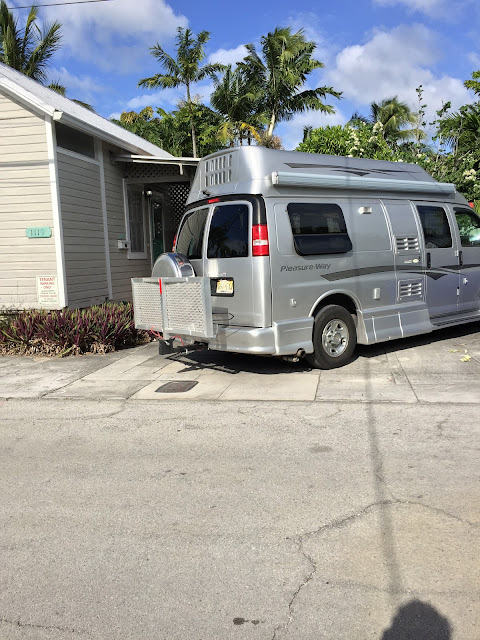 Rusty enjoyed himself, holding me up every three steps. 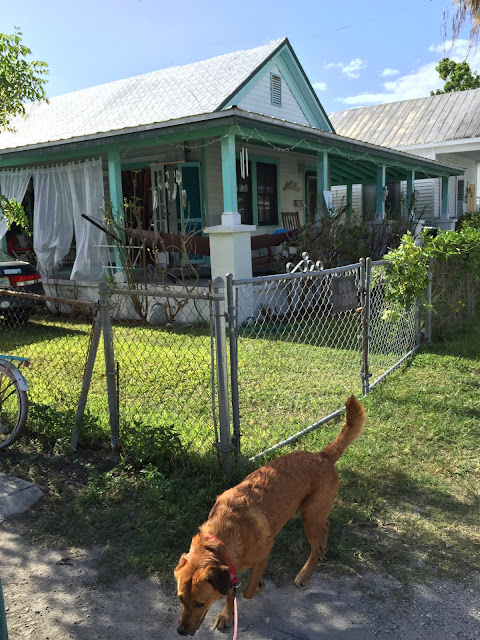 What is chaos and confusion to me is a wealth of worthwhile stuff to himself.
Posted by Conchscooter at 12:00 AM No comments: