Abandoned Boats In The Keys

Driving out of Key West I saw this beached lump of fiberglass resting comfortably on the grass. It appears to be a wreck that has been hauled to shore at vast taxpayer expense, hopefully to be removed, sawn up into little pieces and buried forever in a mainland landfill. The problem of derelict boats is huge in  the Keys, where people come and dream of a cheap life in the tropics and find themselves living an unnatural life in a fiberglass bleach bottle in one of the many anchorages around these islands. They laughingly call themselves sailors, but they aren't; they are liveaboards, people who can no more travel by boat than  by magic carpet. 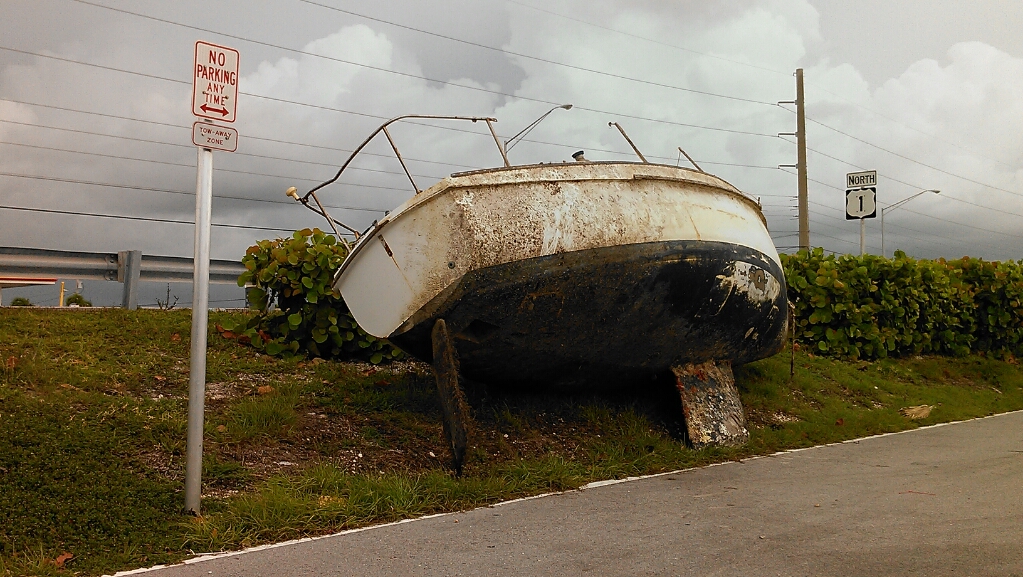 This sad wreck could have looked like this perhaps, a home for a while, then abandoned by an owner who went to the hospital, to jail, or back North to relatives willing to give them a second chance: 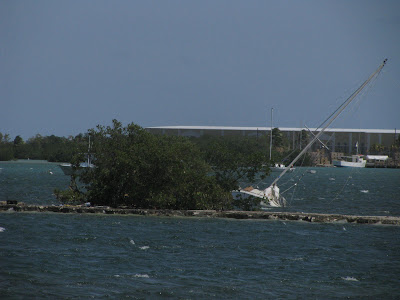 Life at anchor is a romantic possibility but the tedium of maintaining the boat, dragging drinking water out to the boat and then taking your trash back to shore, plus finding a way to commute to a job and sitting out hot weather and wet rainy weather in a space the size of a broom closet can wear on the most well intentioned boater. So, slowly slowly the boats get abandoned. 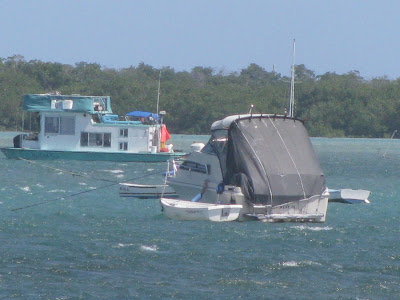 And, once abandoned their fittings below the waterline inevitably corrode or the hulls fill with rainwater and slip beneath the waves. Only, the waters around here are shallow enough that the sunken former homes present less the appearance of the Titanic and more the appearance of a random iceberg. And they can be just as lethal, unlit at night and not easily seen even by day. So the particularly egregious ones get hauled to shore, cut into pieces and hauled away at vast public expense. Monroe County estimates  it spends north of $150,000 a year  clearing these boats. 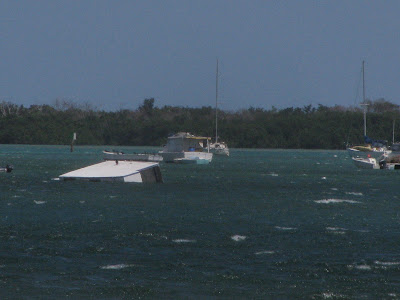 The problem is the boats are someone's property and as much as they need to be removed the county has to go through complex reporting requirements to establish they are abandoned. No one wants the government taking private property willy-nilly, I guess! Then there is the problem of fiberglass which is completely indestructible and doesn't deteriorate in sun, saltwater, or under the effects of radioactive  fallout. It is the world's least biodegradable product ever. A boat built in 1970 will be as solid and sailable, all other things being equal, as the day it was built. Amazing stuff, but really hard to get rid of; a permanent mixture of resin glue and glass fiber strands hardened and never again to decompose! 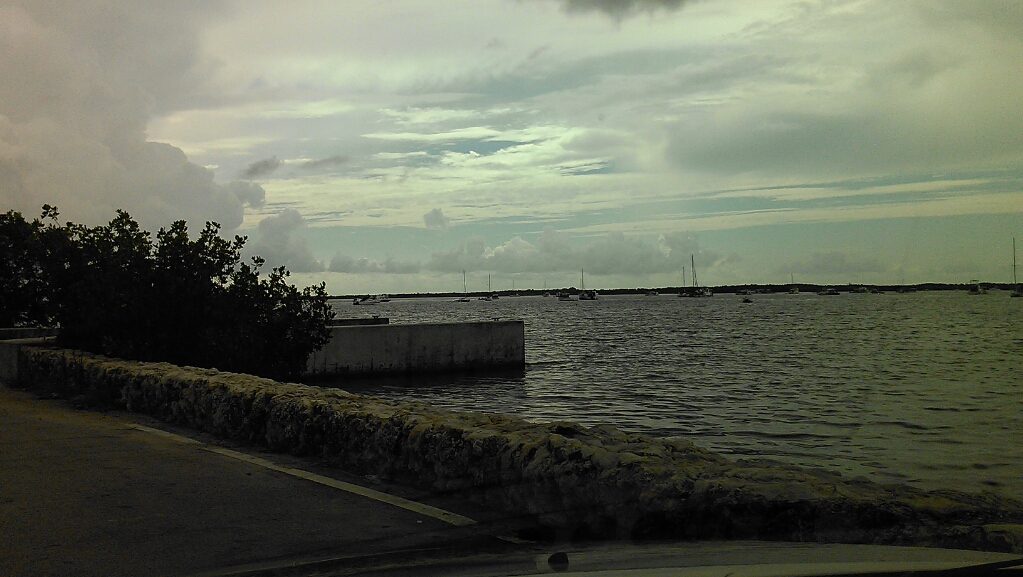 Monroe County has an  office dedicated to the removal of these boats, but they can't keep up. The blight it seems will never quite go away.
Posted by Conchscooter at 12:00 AM 8 comments: