The new high school campus was finished in 2005 and I had to ask around because I couldn't for the life of me remember that date. I like the color and layout of the buildings at the back of a massive parking lot off Flagler Avenue. 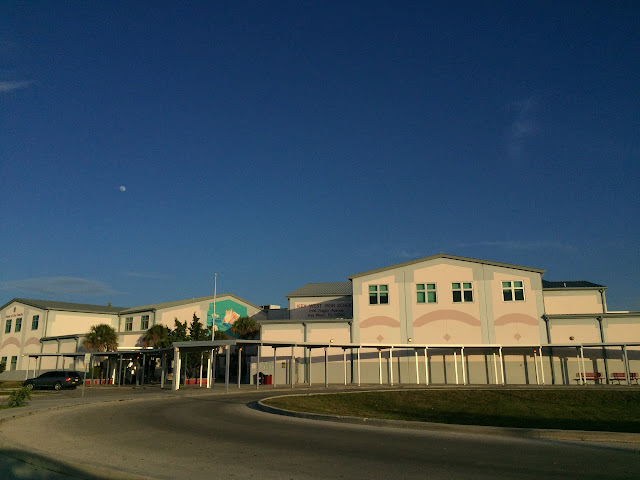 This aerial view by Dale MacDonald from the State Archives Florida Memory:

The student body amounts to 1150 students more or less with half of them White, a third Hispanic and fifteen percent Black.  I am not terribly well versed in educational matters being child-free myself, but in talking to a parent recently she said one of the things she likes about local public schools is how integrated the kids are. She said her step-daughter who is of mixed race likes going to school here as compared to Up North as students at her previous school were reluctant to cross racial lines. 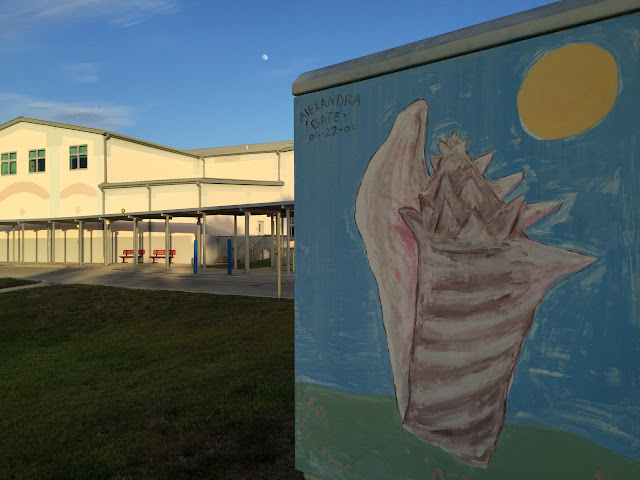 It wasn't school policy she hasn't to add so I am assuming it was the parents who teach their off spring that sort of behavior but at a time when being gay and being Confederate is causing so much upheaval in the country and winding people up so badly, I like hearing some laid back news from the Monroe County School District. 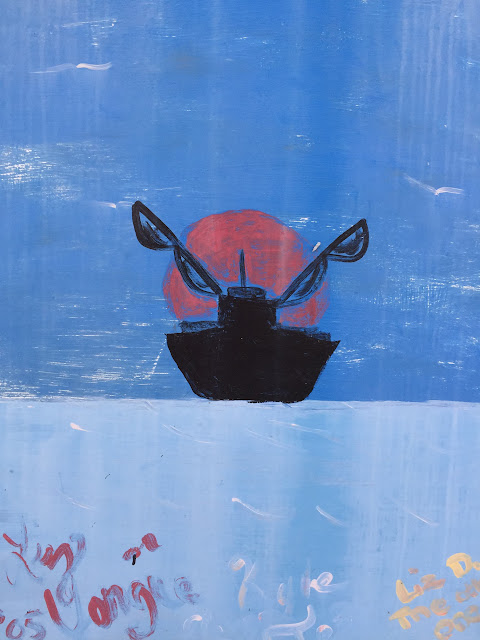 I hear  a lot of grumbling about education in Monroe County and I'm no great fan of the School Board especially as my wife is a teacher (not at the High School) as they seem to prefer charter schools over their mission to offer everyone a decent education, but I don't know what the truth of the matter is. I guess it's like anywhere, some good some not. I hope they get their 8.3  million dollars-worth every year! 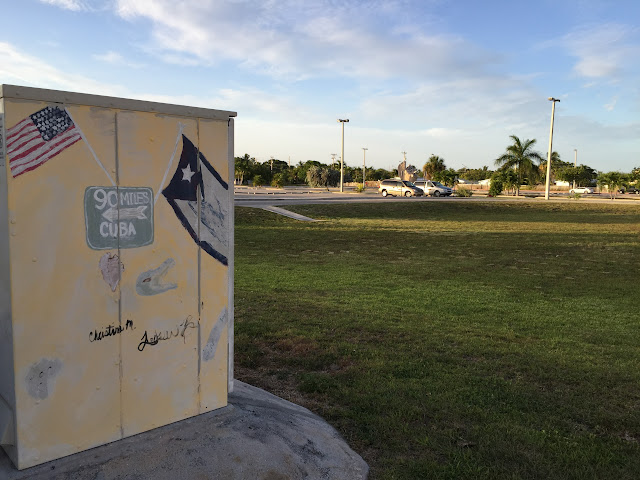 I like the open campus this small town school still enjoys. There are some who want the place fenced off like a zoo and maybe there is good reason for that but sneaking off campus to buy candy seems not quite enough justification. 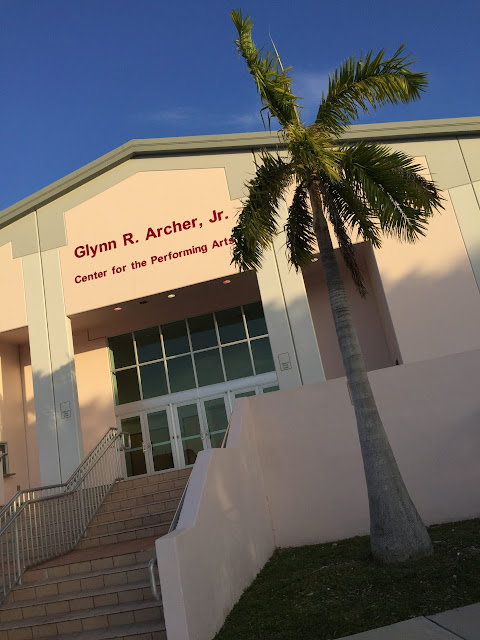 Sports  are huge in Key West especially among parents and students, the Fighting Conchs, which is tough as the nearest competition is in Marathon 50 miles away and some games take place in Homestead 140 miles up the road.  I asked a former student if he was a member of the "Fighting Conchs" sports team and he said he was so I was forced to ask him how a Conch fights. "Put your hand in the shell and see," he replied with conviction. 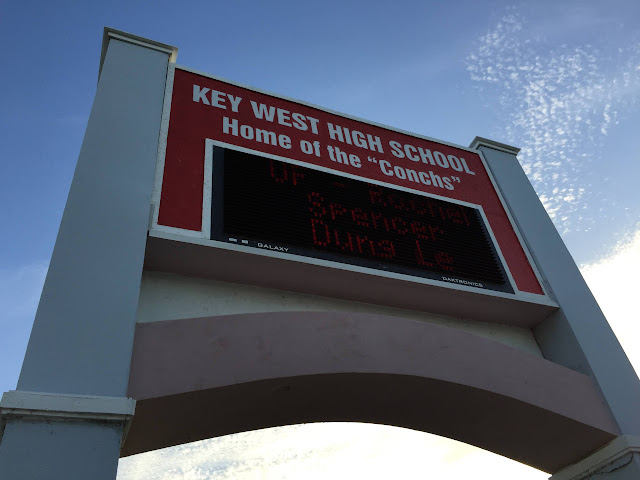 Until the second week of August all will be quiet here, one hopes, until the next year begins and the yellow buses inflict themselves on the traffic flow once again.
Posted by Conchscooter at 12:00 AM 2 comments: Links to this post