There was a slightly bizarre looking sky standing on Mallory Square and looking southwest toward Sand Key (and ultimately Mexico). The dude sitting on the seawall was in some kind of meditative trance and either he had got bored of the strangely arcing cloud or maybe he hadn't noticed it at all. Rusty gave him a wide berth. 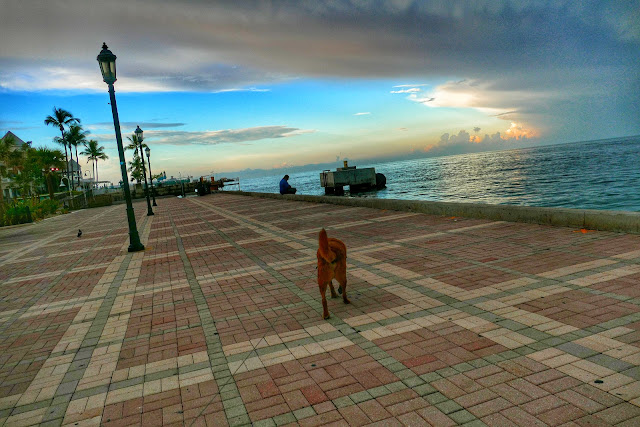 Signs everywhere about masks but this one inspired some wag to spice it up a bit. Nicely done. 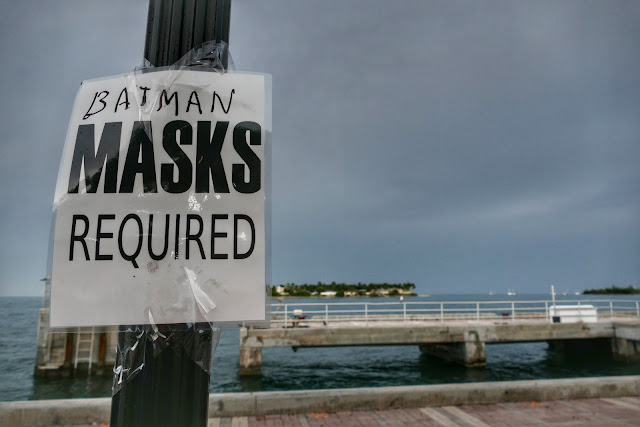 I couldn't keep my eyes off the boiling clouds in the sky as the sun came up and tinged them with the colors of fire. 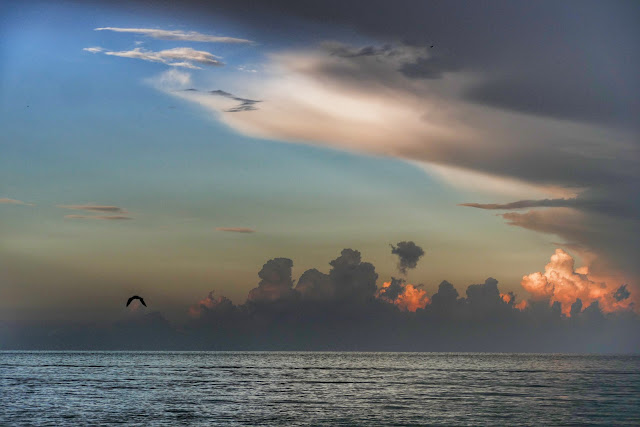 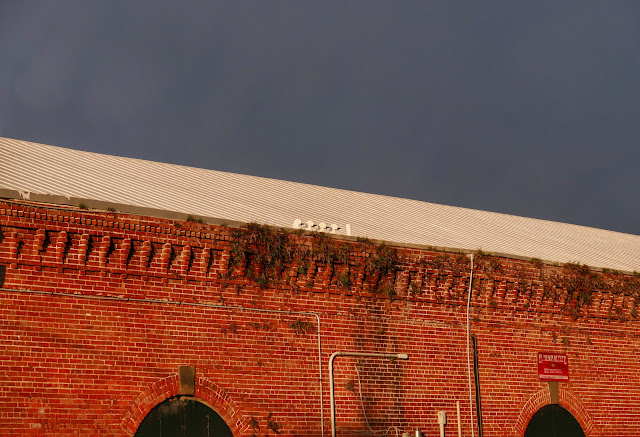 Three seagulls conferring on the railing at the waterfront. 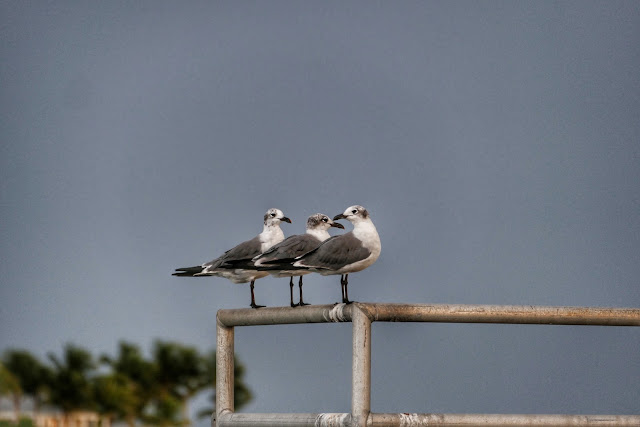 The trickery of long lenses made them look much closer than they actually were. Cruise ships tie up to that cement platform when seagulls aren't in residence. 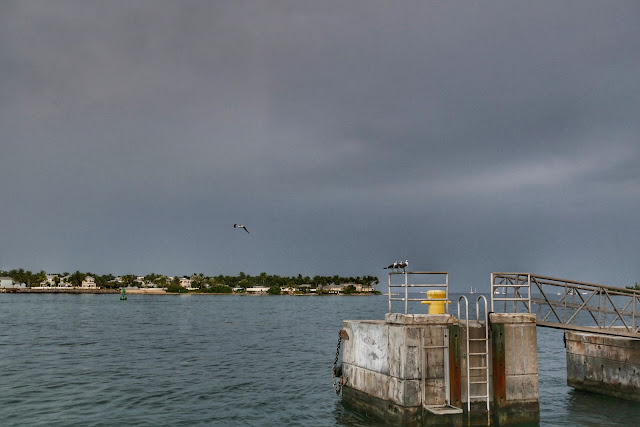 Looking at this carbuncle at the end of Mallory Square nearest Margaritaville Resort you'd wonder why something wasn't done with it. The restaurant owner offering to turn it into an eatery on Mallory Square has been trying to develop it for fully ten years and can't get the city to agree. The story is long and convoluted but Joe Walsh who owns other restaurants nearby wants to open an eatery and import food from his other restaurants as this place cannot have a kitchen. The city commission has never agreed formally to the plan agreed by the former city manager and some of those elected leaders say the space is zoned for a museum and public space as well as a restaurant. But the lack of a kitchen...and here we have this crumbling wreck in the middle of the tourist zone.

I keep looking for skylines because Key West has so many varied shapes and angles in the air.  There's another pigeon. It looks like I might get a pigeon and a mask sign in every essay this week. Purely by accident but they seem to predominate at the moment. 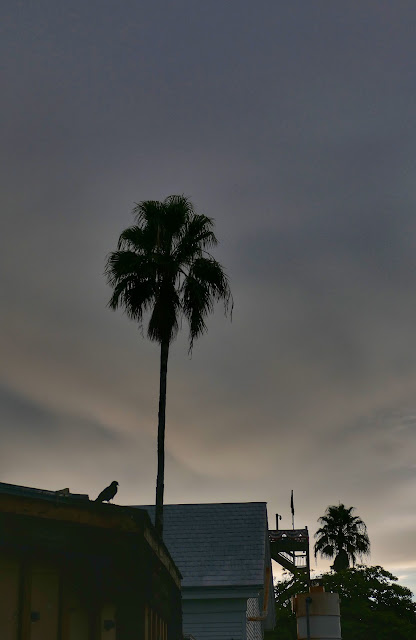