Another Day Another Crash

There was another accident on Highway One last night and as I came over the rise just past the Sugarloaf Lodge there they were a long line of  stop lights. Well, bugger. I called my wife while I was stopped and she did some investigating and there was no road closure but there had been an accident in Big Coppitt six miles up the road. 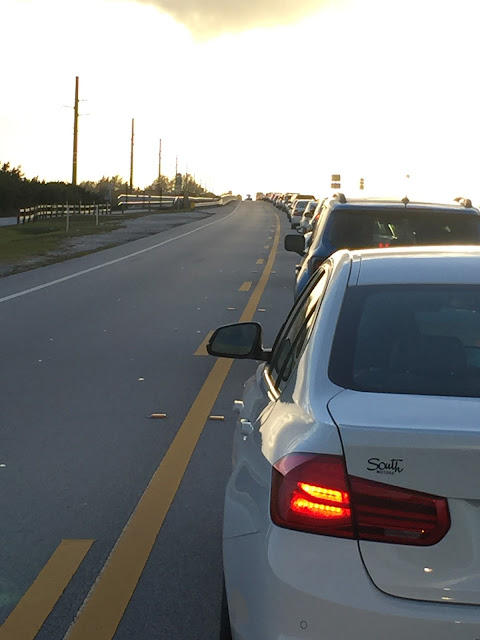 It was stop and go for an hour on the Bonneville which got quite hot, as I had to quit turning the engine off and on as the starter motor started to make odd grinding noises - either because the battery was getting low (I hope) or because the heat was getting to it (say it ain't so). By the time we got to the accident scene all that was left in the roadway was some sand and some chalk marks but the traffic was crawling by as though mesmerized by the sight of nothing at all. I got to work thirty minutes late. Thanks looky loos! 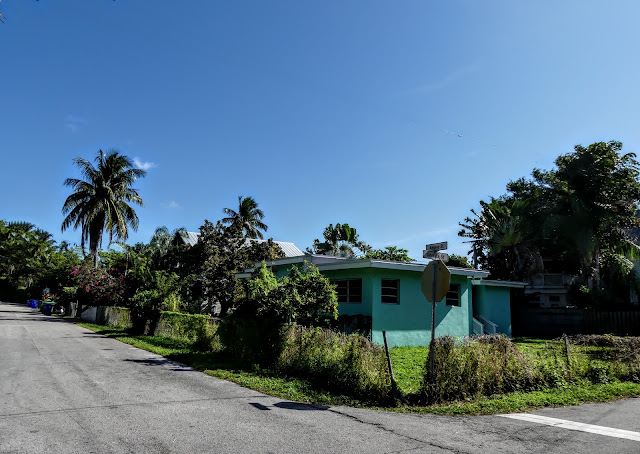 It's easy to get vexed but really it wasn't that bad. Traffic never is in the Keys, unless the Highway is completely closed as it was a couple of weeks ago. I get vexed when it's bumper to bumper and stop and go. I actually prefer being in the car for these events as my air cooled motorcycle doesn't like being stuck in stop and go traffic. Neither do I as I can't listen to the radio or turn the air conditioning up. 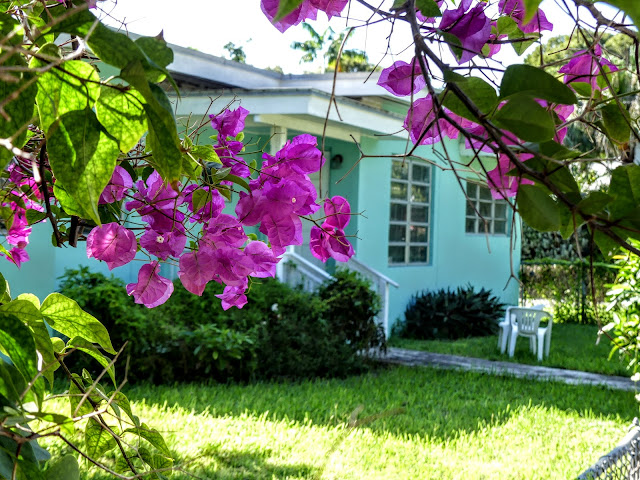 Compared to real traffic problems such as I used to enjoy in Silicon Valley around here that hardly ever happens. So I'm spoiled. However traffic gets thicker in the winter every year so one does get a tendency to blame visitors for every slow down between December and May which is unfair. 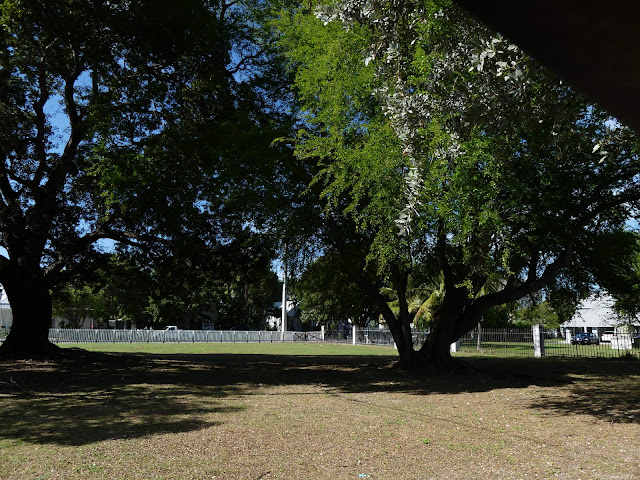 I saw these trash cans lined up in scooter parking which must have been a mistake or a coincidence or something. But people do get worked up about parking in Key West and neighbors hate neighbors for reserving spots with trash cans or garden furniture. They get even more worked up than I do about bad driving. Parking spaces become the backdrop for tribal warfare. 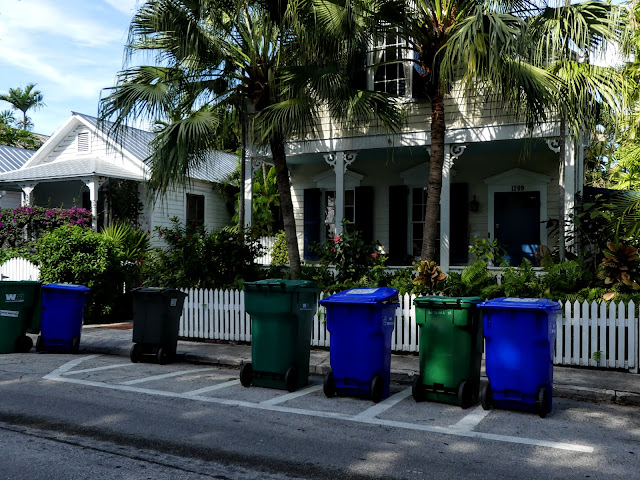 I was cursing up a storm as we inches forward in the traffic but really there's not much to complain about especially lately with mild temperatures, cool breezes and blue skies. And occasional sudden rain as though it were a summer squall which is unusual in winter. 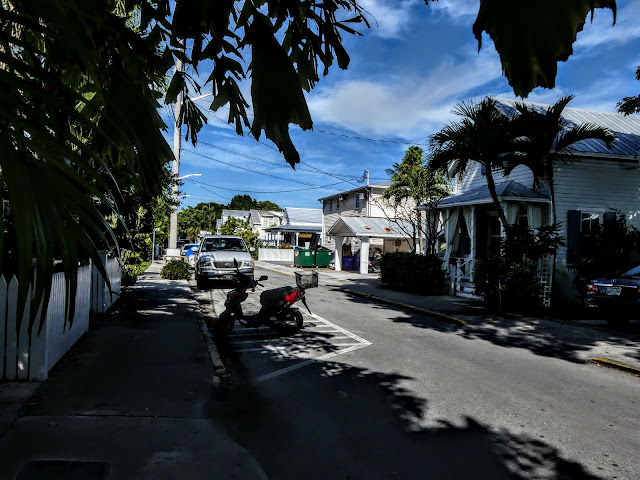 Rusty and I have been getting out and about quite a bit enjoying the mosquito free woods early in the morning. He is living the good life but he deserves it as he is very easy to live with, no fretting no barking no chewing. He sunbathes on the deck, wanders back into the house and says hello as he passes by and takes a nap. Compared to the bundle of nerves he was a year ago he has grown into a  confident happy dog. Which makes me happy.