I get a strange bolt of nostalgia through my system when we pass by Demen's Landing in St Petersburg. Almost 30 years ago I lived here on my boat, a Flicka 20 by Pacific Seacraft for those who care about such details while I worked at a radio station in Tampa and before I took off sailing the Bahamas. 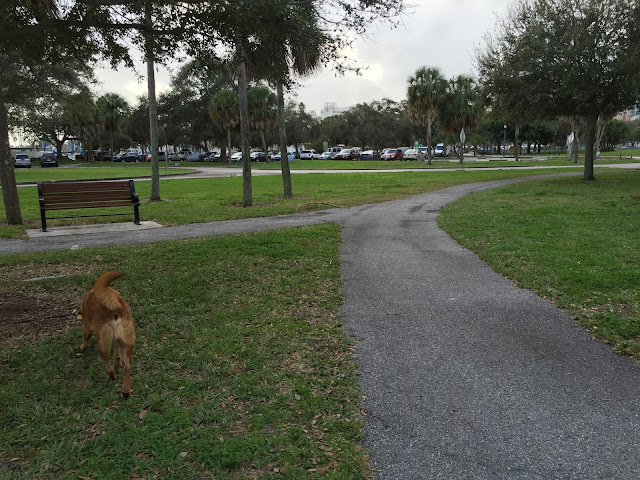 Despite the adventure it was not a happy time in my life, and I struggled to enjoy what should have been a carefree period in my early 30s. I did not handle my sudden insertion into a tight knit community very well and I felt like the awkward outsider which magnified my feelings of discontent. I was hiding from my stated plan to sail south and finally when I had made myself (and those around me) thoroughly miserable I forced myself out and away. Looking back I felt like my life in downtown St Petersburg was a catalogue of missed opportunities even though I sailed most corners of Tampa Bay I didn't really explore the shore side attractions very much at all. 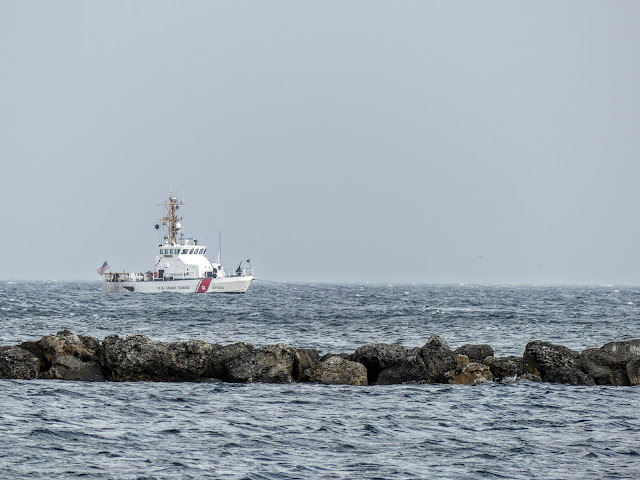 I made two friends in this period who I still know and both of whom live in Key West so all was not lost...And St Petersburg today is a much more vibrant and dynamic city than it was in 1989. In those days it was still known with reason as "God's Waiting room" owing to the huge number of old people who retired there: the movie Cocoon was filmed there and very sweet it is too so watch it and enjoy a good flick. These days St Pete has a core of young people with the amenities they want and as it is a large city you will find all the services you might like but you will have to drive for them as the city is spread across a large peninsula. 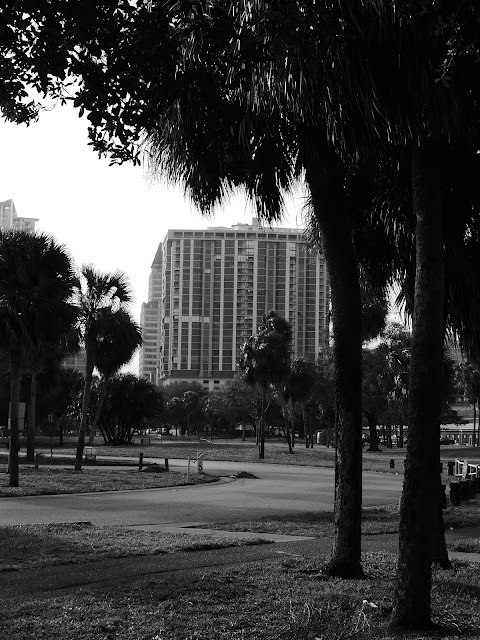 The city marina at Demen's Landing offers secure berths and easy access to Tampa Bay which offers quite enjoyable sailing and lots of destinations between Tampa and the Gulf of Mexico. The waters tend to be hot in summer and are always murky unlike the waters of the Florida Keys...and I would miss the turquoise waters if I lived here. However the cost of living is much lower even though the population tends to be more staid and less eccentric than Key West. By a very long mile. 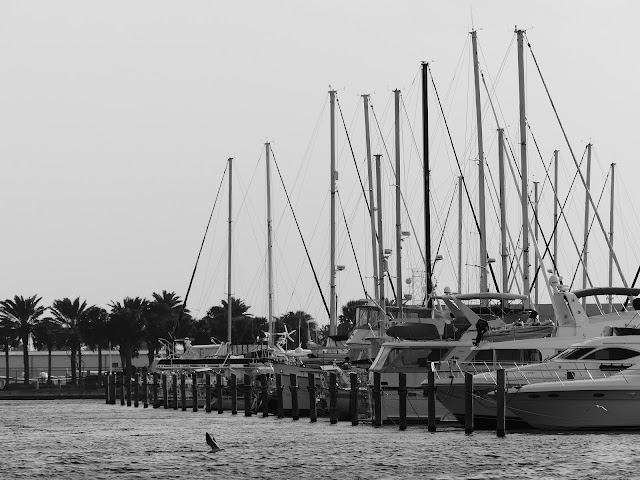 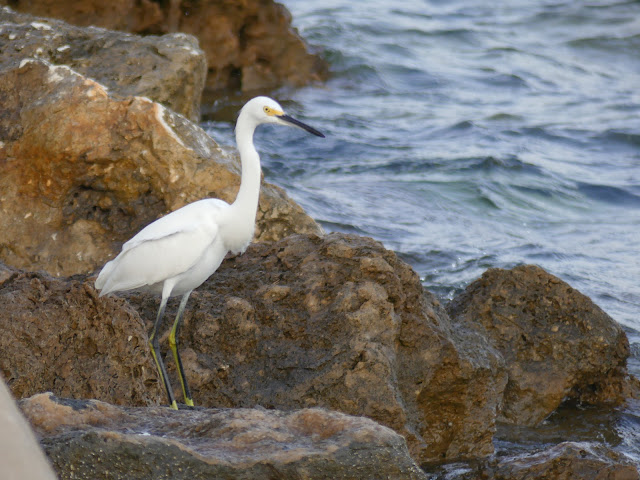 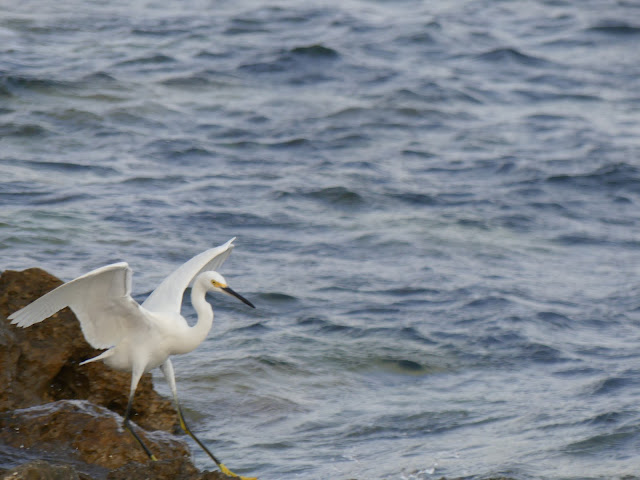 Demen's Landing, the park around which the marina is built is named for one of the two founders as explained by Wikipedia:
St. Petersburg was founded in 1888 by John C. Williams, who purchased the land, and by Peter Demens, who brought the railroad industry into the area.  As a part of a coin toss bet, the winner, Peter Demens, named the land after Saint Petersburg, Russia, while Williams opted to name the first hotel built which was named the Detroit Hotel, both named after their home towns respectively. St. Petersburg was incorporated as a town on February 29, 1892 and re-incorporated as a city on June 6, 1903. 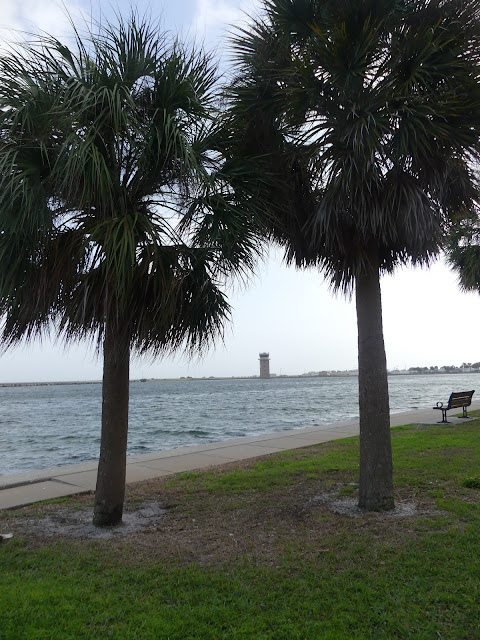 WE walked the perimeter on this windy afternoon and enjoyed the relaxed ambiance of the park. 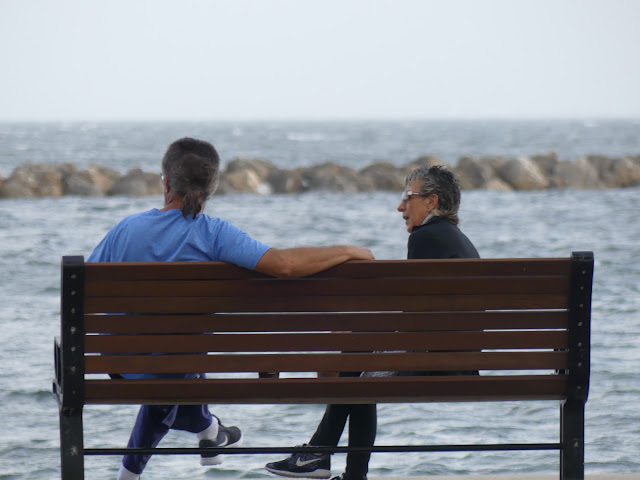 The waterfront inside the marina: 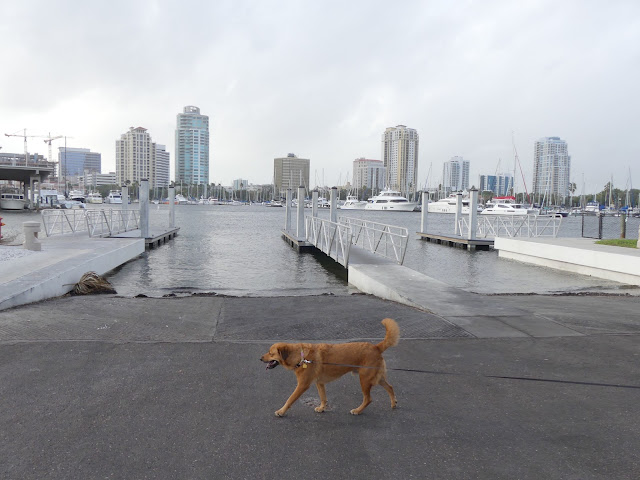 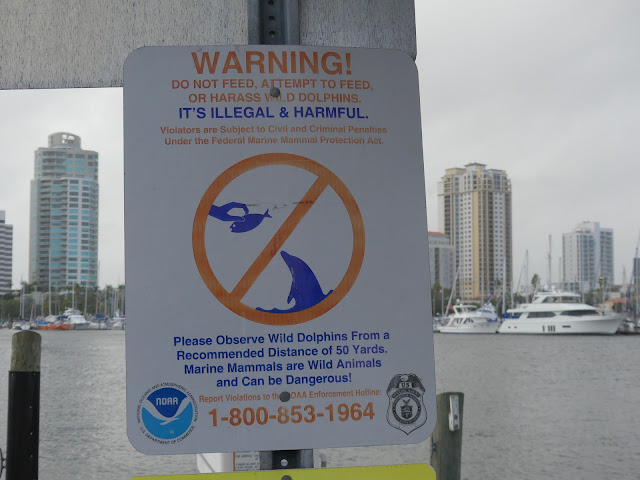 Shade for the power boats, an idea I like very much in South Florida though the roof should be covered in solar panels, obviously: 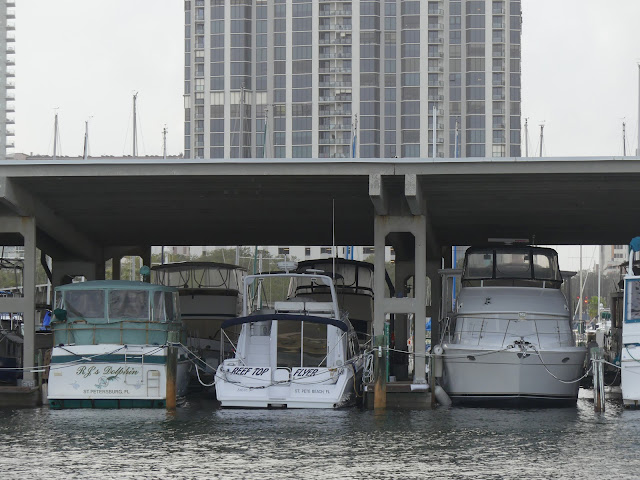 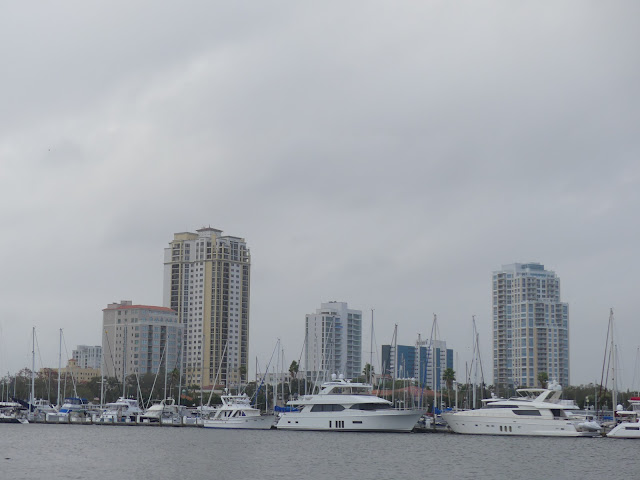 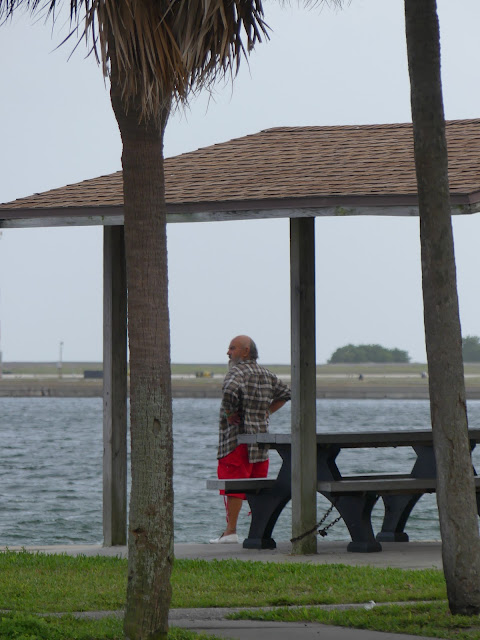 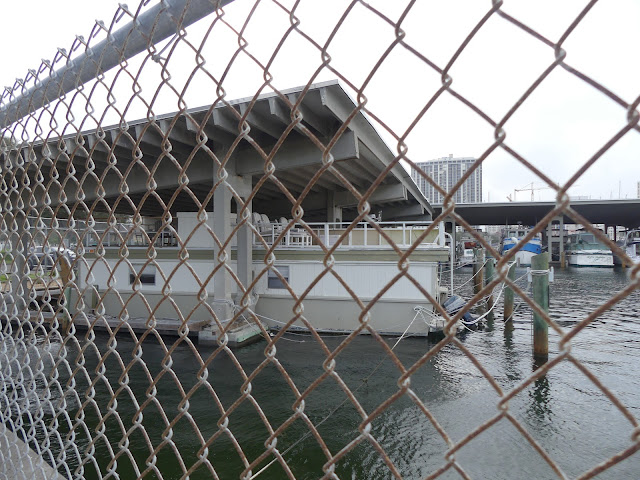 They have their bums too apparently, trusting types who leave their carts unattended for a moment: 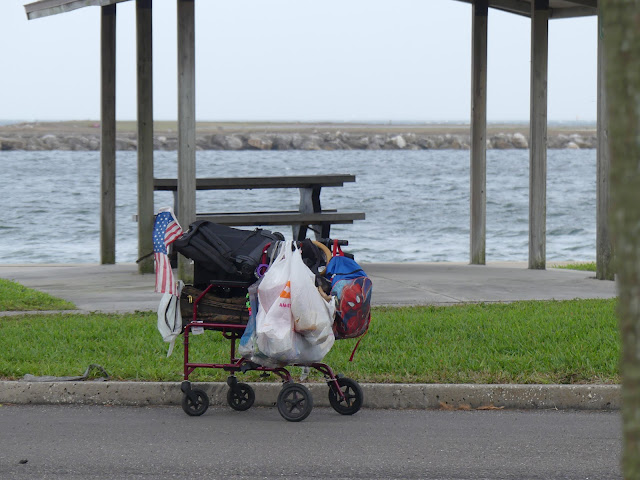 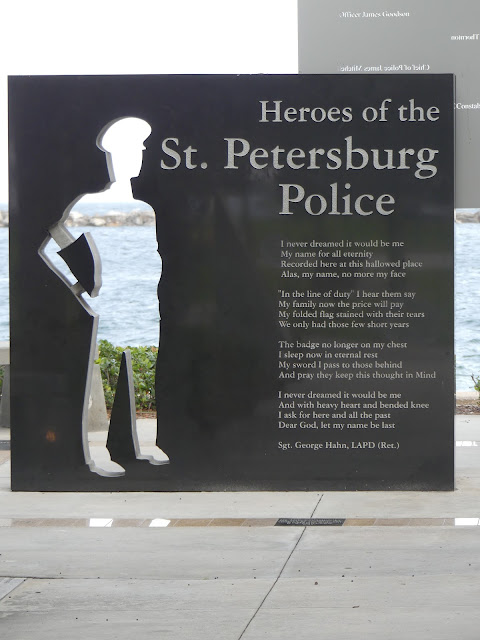 Time to go to the hotel. 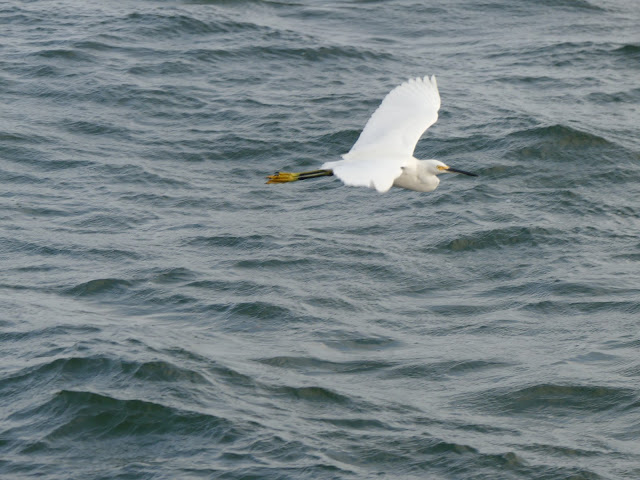 I was glad to get to take a short walk once again in my second or third favorite city in Florida. Some days I prefer St Augustine, some days I don't. Key West is always number one.
Posted by Conchscooter at 12:00 AM No comments: