I have been  feeling bitter about the closure of my favorite place, Finnegan's Wake, and I have not been feeling any too enamored of the process of seeking out a replacement. But with the arrival in town of George who shared my approval of Finnegan's I figured it was time to do the work. 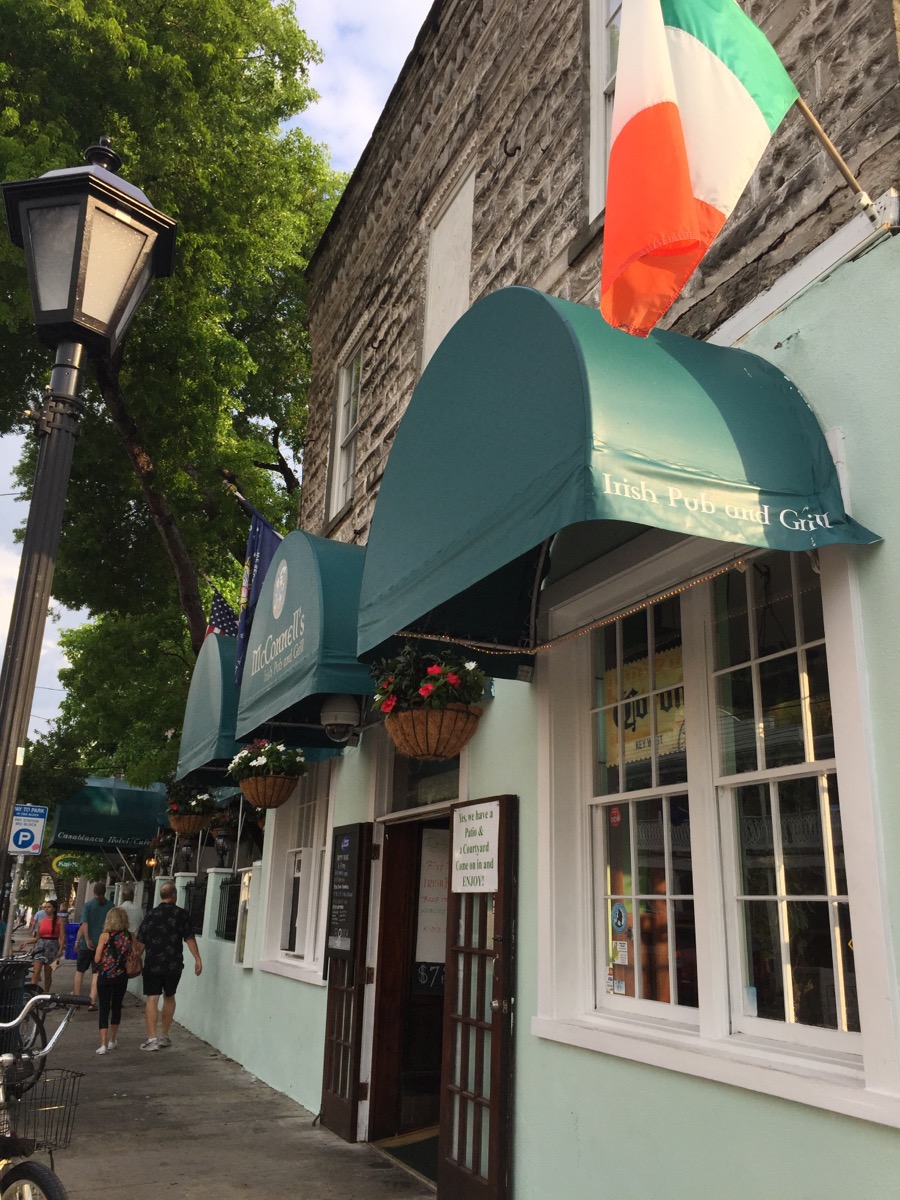 I first suggested The Cafe on Southard but upon mature reflection I figured I had to try something new, and I wasn't  going to try Backspace the rather dreary sandwich shop with a dreary literary theme which had replaced Finnegan's. Backspace has been getting some rather bad word of mouth  after some rather peculiar choices when it came to trying to bring along the devoted Finnegan's clientele and then changing plans half way. Their decision to unceremoniously change their minds about keeping the genius who designed and built Finnegan's menu killed their credibility with Finnegan's followers. 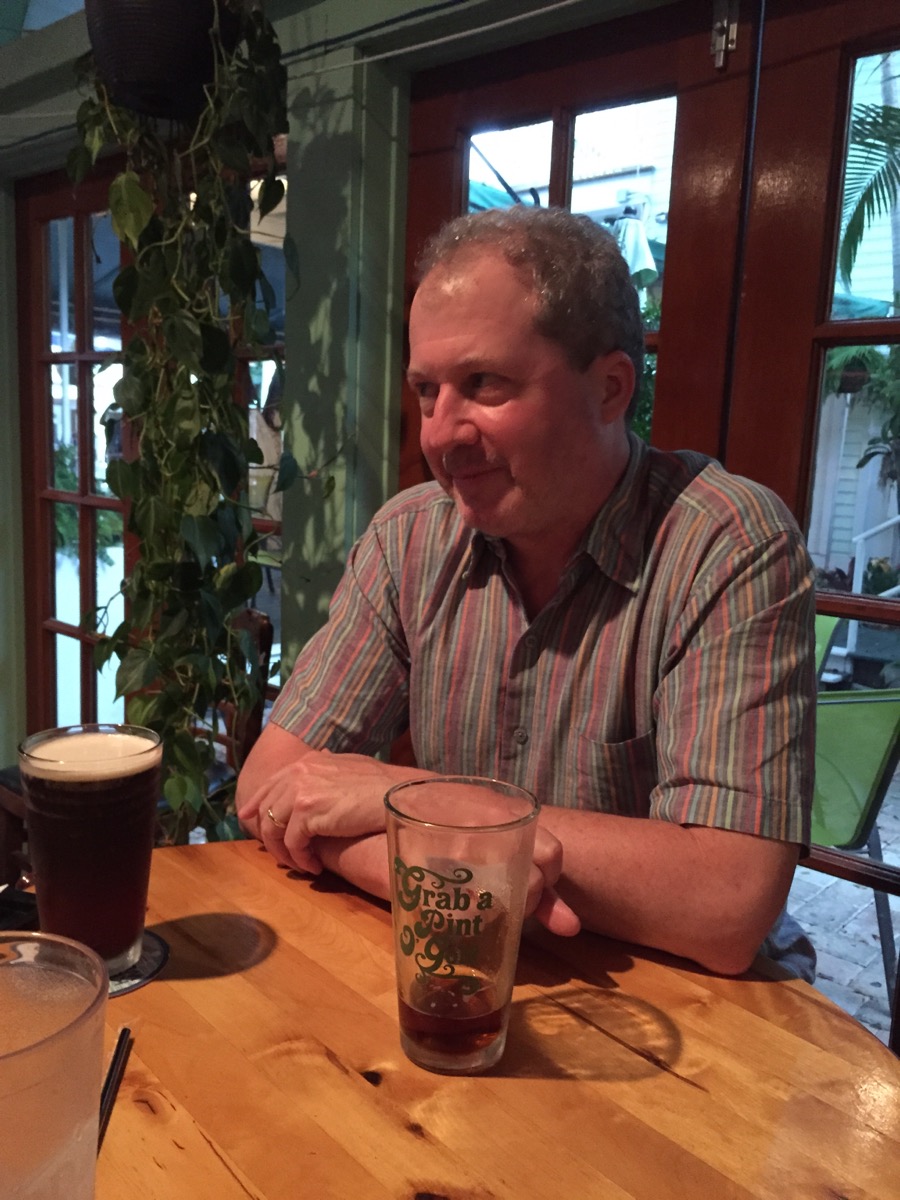 McConnell's had music and lots of it but after the live signer quit the speakers were at a tolerable level playing folk-ish Irish music much liked by Irish Americans, leaving George and I able to talk and listen without strain. 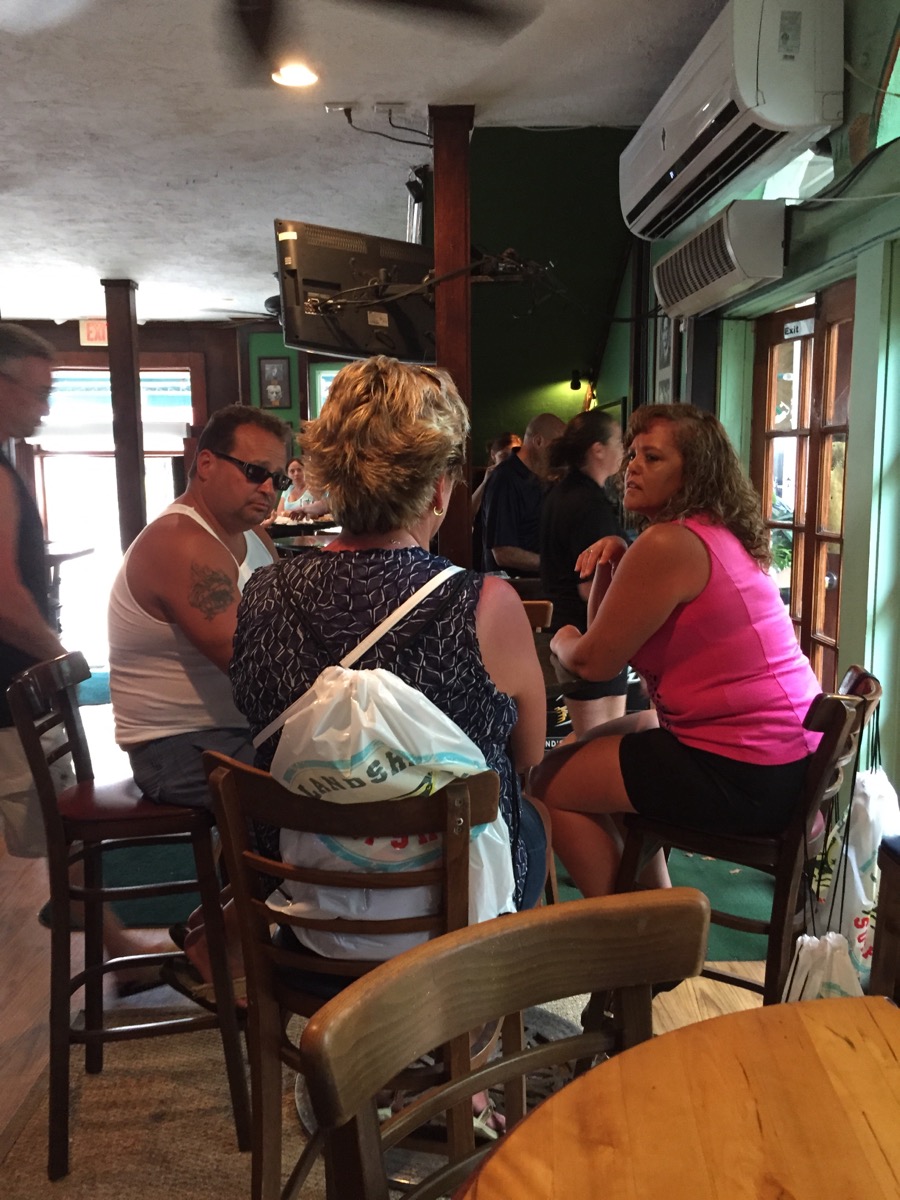 The seating is not as snug or intimate as Finnegan's but I could sit and not face a television and that I liked a lot. We had wings which were really quite good, so even though we weren't up for food it promises well in that department and merits a return visit. 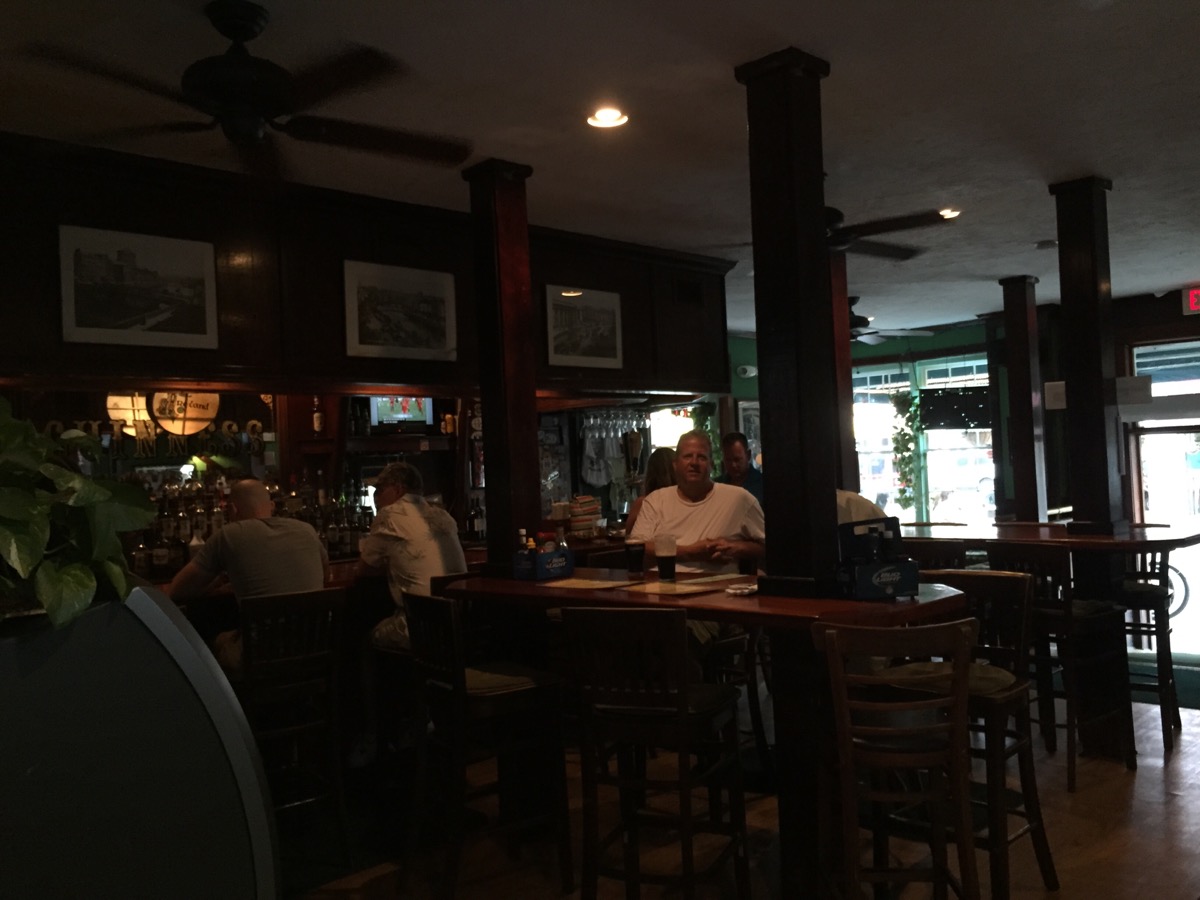 The atmosphere is pleasantly wooden and dark, though perhaps let's say not as absolutely dark as the camera shows! I could read the menu without artificial lighting at any rate. 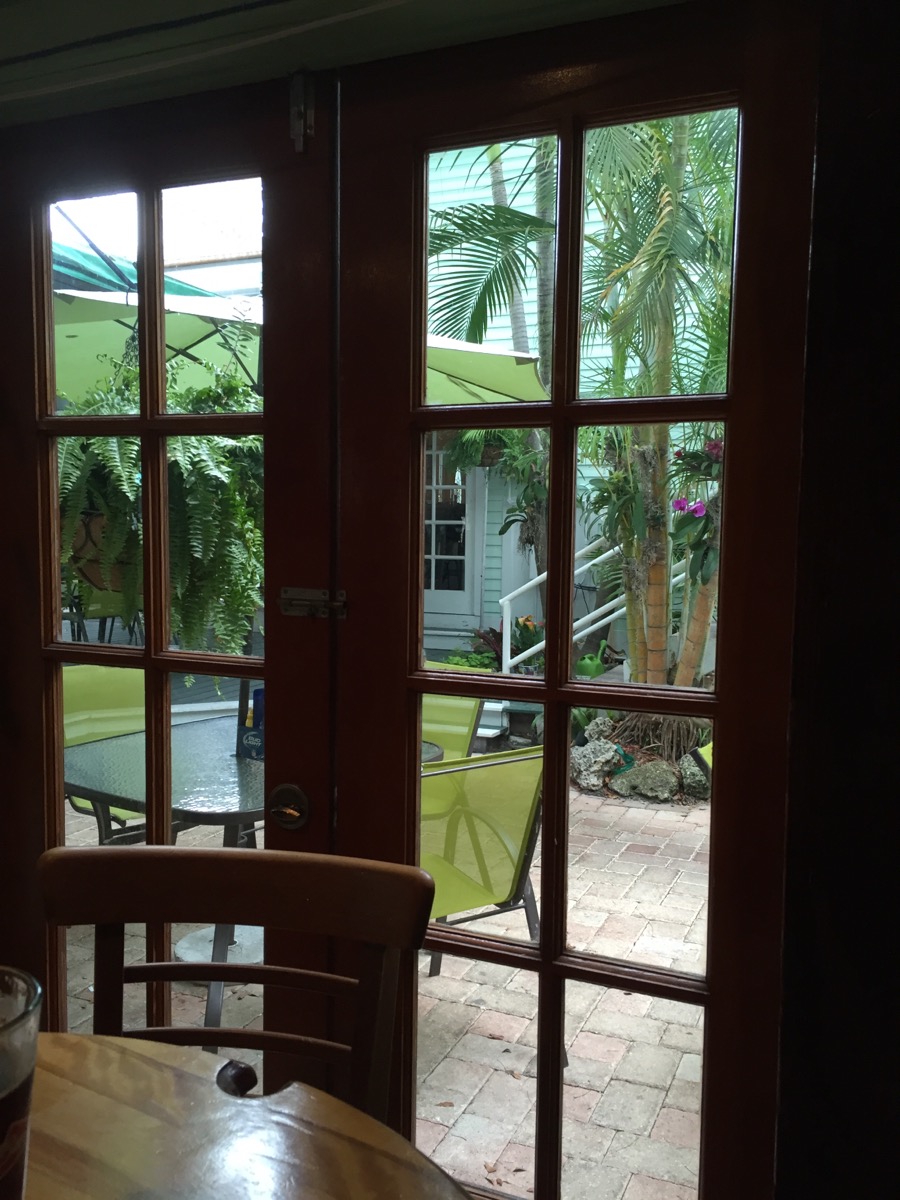 There is an outdoor patio which could have looked inviting in the right sort of weather but we took our Smithwick's indoors with air conditioning. 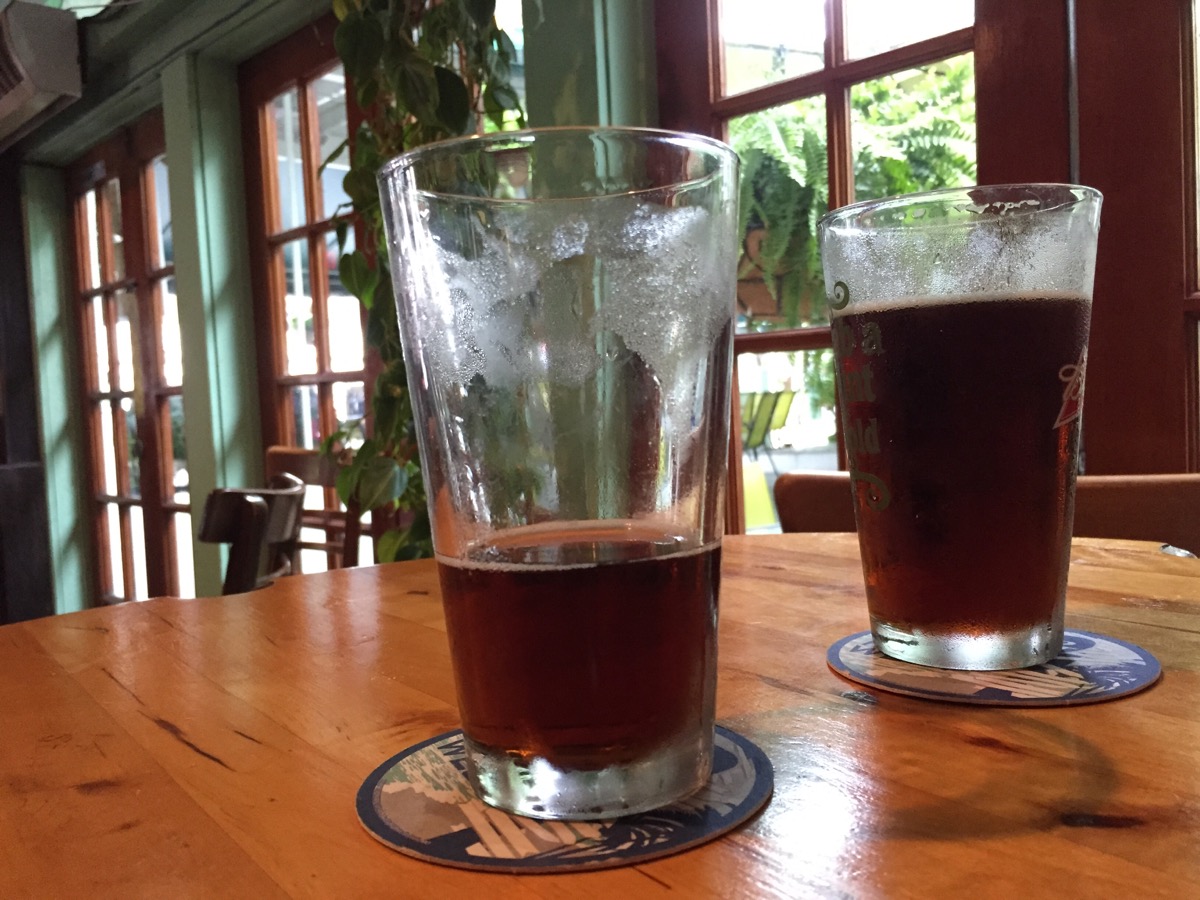 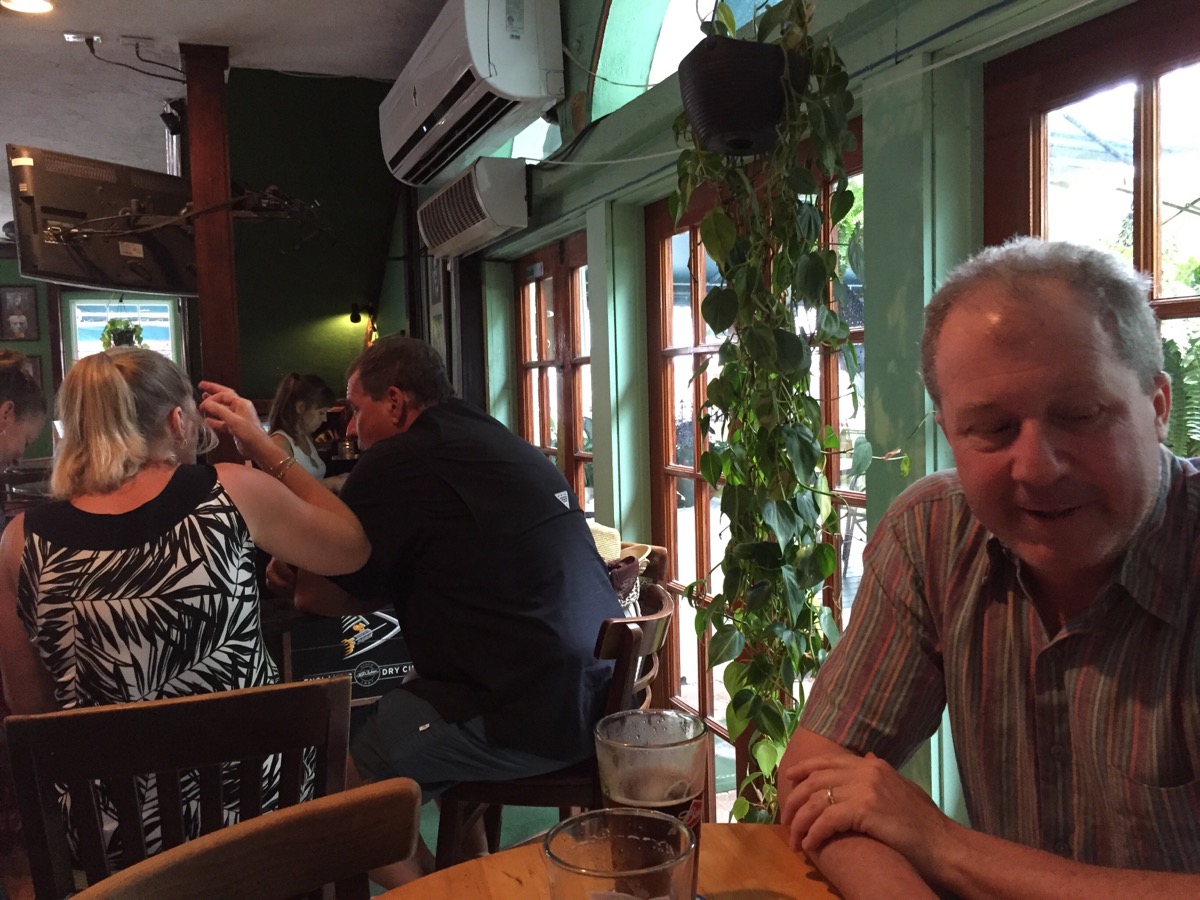 Our waitress presented the check and George's eyes lit up. The quiet and reserved woman came back and George asked her where she was from, "San Francisco," she replied, adroitly turning the unwelcome questioner away from the source of her Slavic accent. I admired her swift reply as I use the same technique myself when strangers pry and want to know "where I'm from." 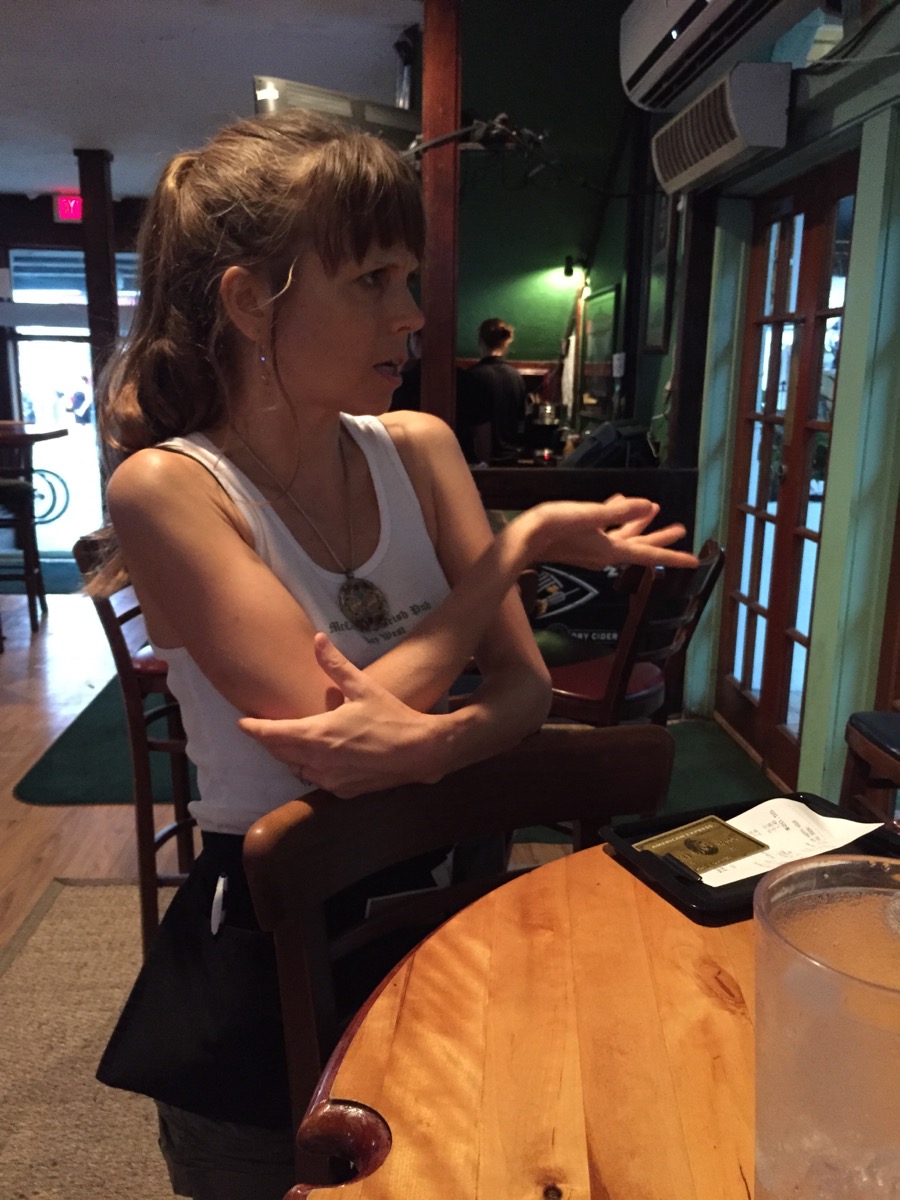 George wasn't having any and addressed her in Czech which brought a sparkle to her eyes. He told me afterwards: "I saw her name was Sharka, which is Czech for Sarah," he said. 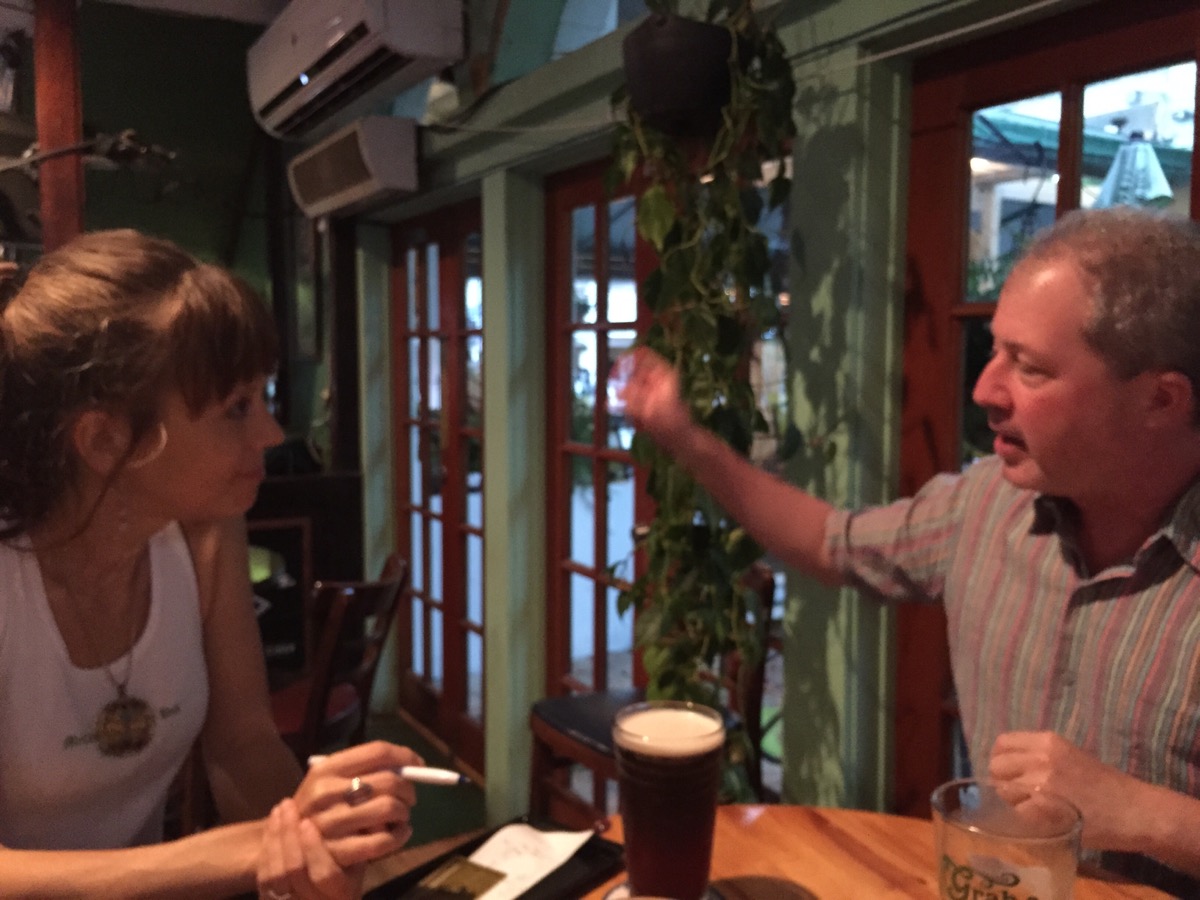 I imagine the conversation was the usual sort of thing, establishing identity and roots and connection and because I wasn't the linguist in this instance I enjoyed being on the sidelines for once. George has been in Prague for the best part of 25 years, making a career and a marriage in that famously beautiful city. And apparently he has mastered the language for they talked with  ease. 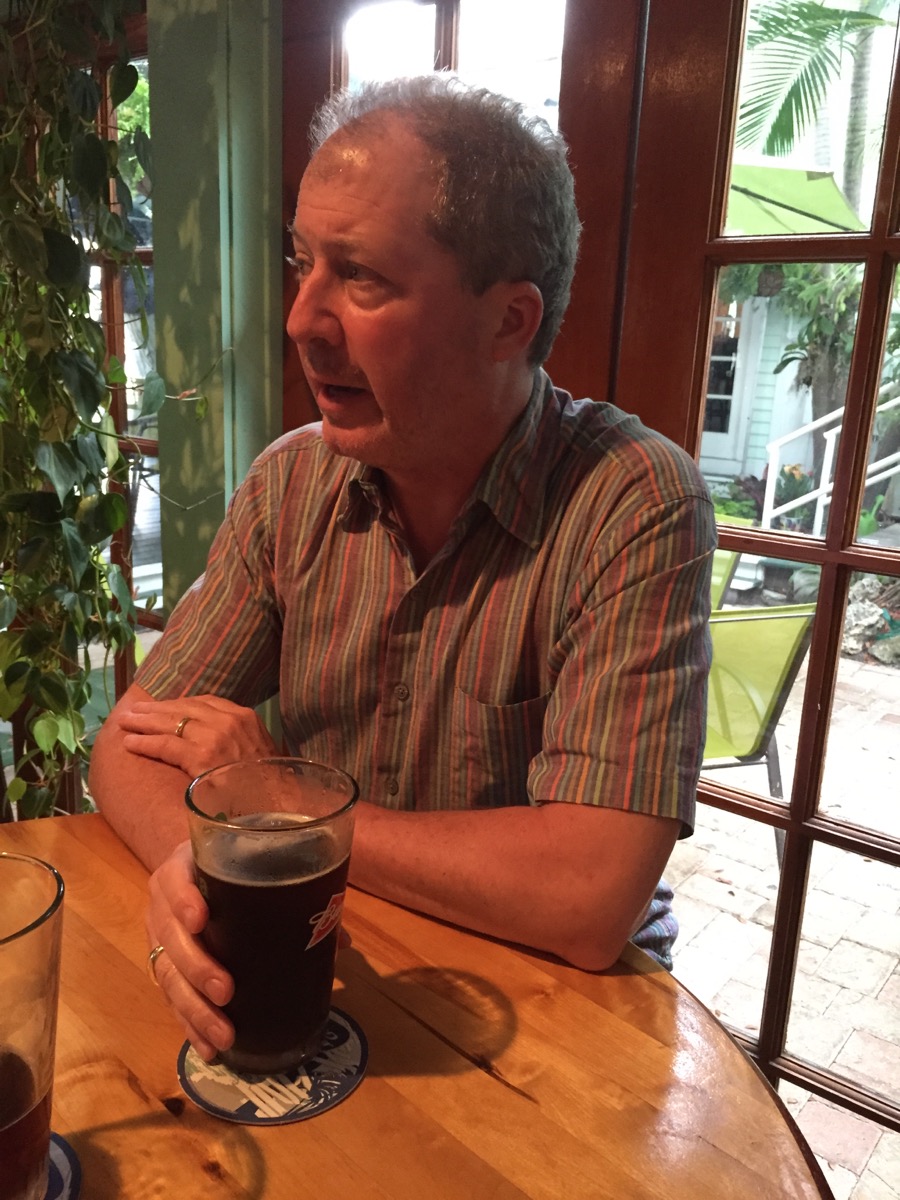 Yes, I think I like McConnell's despite a  couple of shortcomings perhaps. 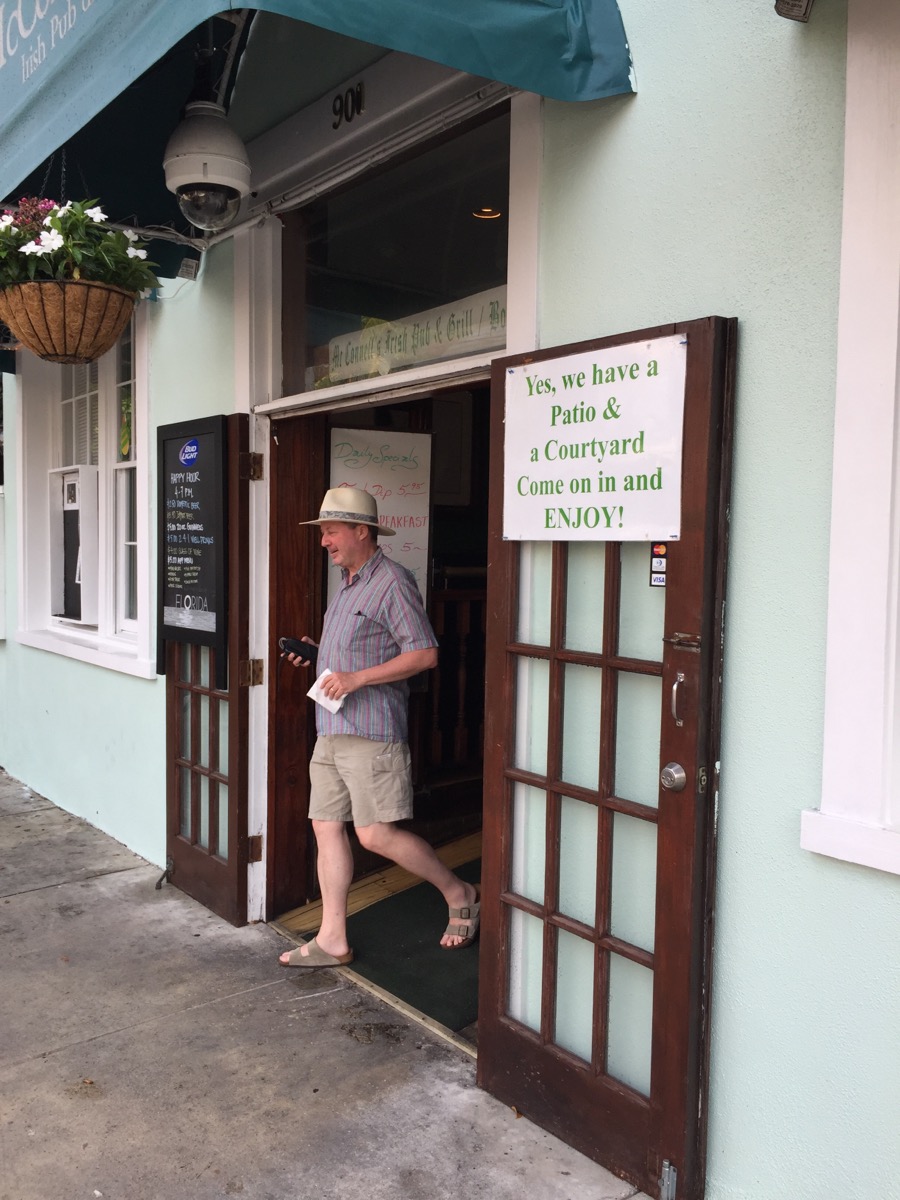 I suppose we could try the 801. On second thought perhaps not. 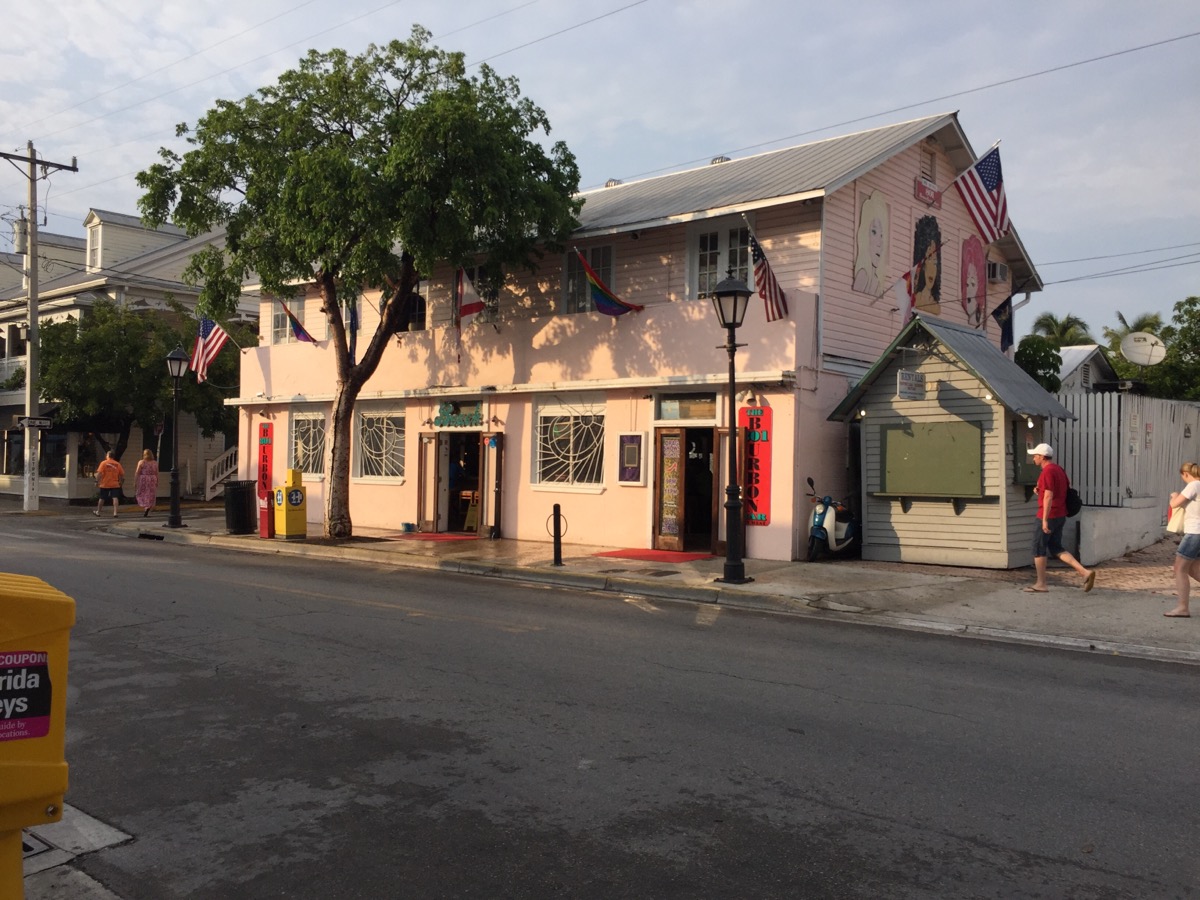 I wear pink Crocs and I ride a Vespa with joy and elan, but gay I'm not. Not yet.