Sometimes the gods curse you by giving you a gift and I think Truman Waterfront has become the cursed gift that keeps on giving. There are small countries around the world that decide they need more space so they reclaim land to make themselves bigger. Monaco has piled up rubble to extend its waterfront land and Dubai has piled up sand to create fantasies of buildings in the Persian Gulf. Key West got 34 acres of prime waterfront land free gratis and for nothing from the US Navy, who swept it clean, dismantled their installations and told the city: have at it! I took this picture in 2008 and were you to go back today you'd not see much different. Truman Waterfront is the gift, like I say, that keeps on giving...headaches. 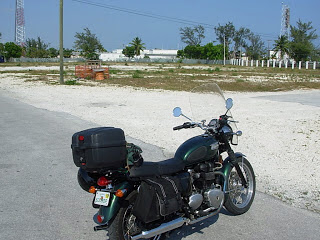 Don't get me wrong, there have been plans, suggestions hopes and dreams as you might expect from a community in ferment like Key West where every fly-by-night wants to claim residence in the town where every visitor leaves their heart etc...etc...They want a park, a farmer's market, an old folks' home, a marina, tennis courts, parking, a restaurant and an amphitheater! Sound luscious doesn't it? Music under the stars whose silver light is reflected off the waters of Key West harbor. I remember the Christmas concerts at Fort Zachary back when winter meant cold fronts and it was quite pleasant huddled under a blanket in the accidental amphitheater of the fort's parade ground. Jimmy Buffett likes the idea. 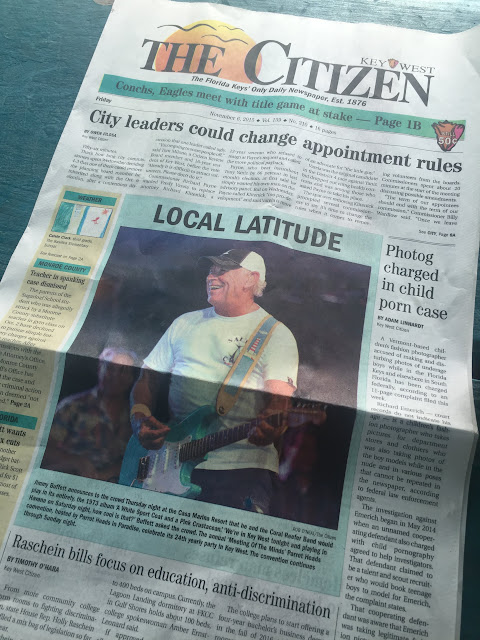 There have been some rather tart comments in the Citizen's Voice that if Buffett wants a four million dollar music venue could write a check for the city so I looked him up. Gossips who specialize in this sort of thing suggest he is sitting on four hundred million dollars putting him in the top five wealthiest singers in the US. Considering Key West gave him his start and it's the city that nurtures his image you'd think it would be easy. But I suspect my ideal of a community that generates a sense of community is out of the grasp of people who attribute their success to themselves alone. I expect if there is a stage built at Truman Waterfront it will be named for a soft drink or an airline or some other banality. Perhaps the Spottswoods will step in and take a share of the ticket prices and name it for one more illustrious family ancestor the plebs in Key West must learn to love, perforce. 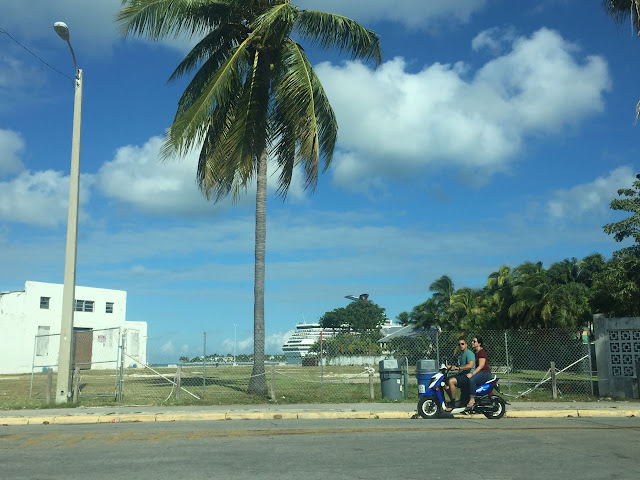 When Cheyenne was more active I enjoyed walking her here, untrammeled open space that I feared would soon disappear under a tidal wave of cement and asphalt. I need not have worried. She I suspect will be long gone before these scenes of open space, here photographed last week, will disappear and be transformed into usefulness and income producing busyness. Right now the power boats are in town churning up the harbor waters in a gladiatorial contest that makes no sense to me. They buzz up and down the waterfront in straight lines making noise like a thousand badly tuned motorcycles and burning enough fuel to keep me in Bonneville commutes for years and despite the apparent simplicity of the concept they do manage to kill themselves from time to time. If I die on my bike don't for pity's sake mourn me, I died enjoying myself, perhaps in a way you don't understand, but that I do very much. When the last couple of power racers died on the water there was talk of lawsuits and revenge and anger and sadness in a very public way. Which I find odd. But Key West attracts odd people who do odd things to no public acclaim at all and that's what I like. If every oddly attired believer in oddities needed a parade Duval Street would be clogged year round with odd parades...Oh it is, you say? 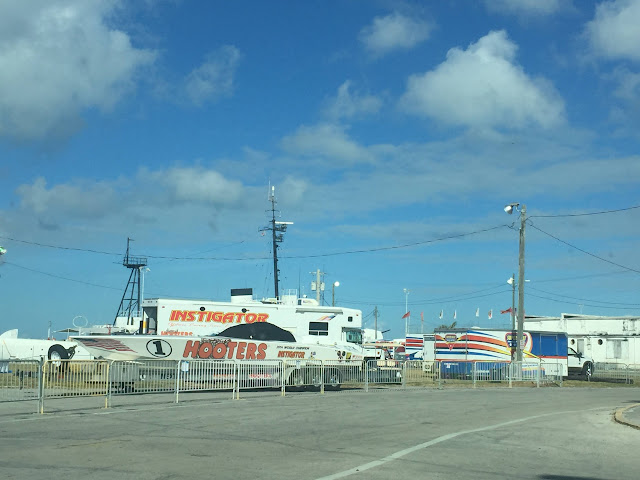 In my capacity as a 911 operator I get peculiar phone calls from time to time and I don't mean run-of-the-mill gruesome stuff about violence and stupidity, but truly weird calls from people who somehow reach adulthood without all their cards in the deck. But when a call starts with the words: "I know this may sound crazy..." I usually sigh and want to tell them I've heard it all. And I suppose it points to my hubris after a decade of listening to the gross side of human nature that I think I have. But last week I really did hear something new and it wasn't the call from the guy who thinks he has goldfish swimming in his stomach. She was earnest and sincere and lived far away and admitted she had never been to Key West and knew no one in this town and...she knew I'd think she was crazy, so I sighed. But for all she sounded reasonable she was as mad as the proverbial hatter, driven insane by who knows what. She had had a dream that something terrible was going to happen in Key West and the voices took over and told her to warn us. Do you think I'm crazy? She asked. Well I said I'm a police dispatcher and I deal with facts not dreams and voices. She had no specifics at all, no place to look, no idea of what who where when etc...My litany of well rehearsed questions produced nothing. Yup she was right, I thought she was nuts and as she severed the connection I knew not what to think. And I tell you we send officers out on the slimmest of evidence. I read about failed dispatchers who argue with callers and read the law to callers. Me? Give me an address and a possible violation and I put in a call: Cover Your Ass we call it. 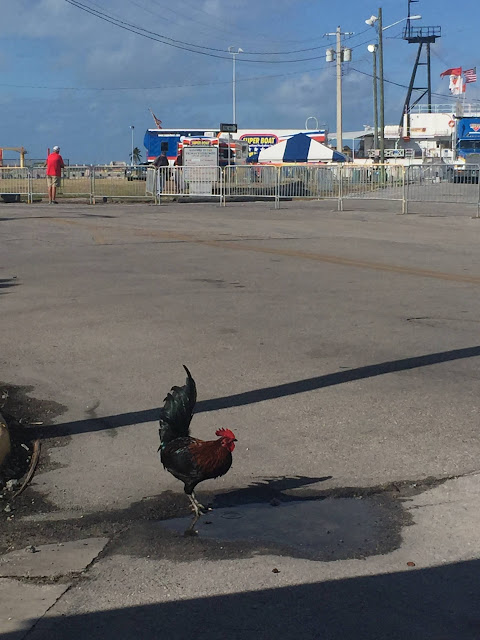 In a town where chickens run loose and the dress code requires only the merest hint of decency, it's hard to argue who is crazy. But I hung up the phone and I wondered about the collective madness of a society where we make no provision for the least among us. I wondered about the rest of her life and the fortitude it took to find our number from Missouri and go call me and warn me about her dreams of disaster that focused on the rather abstract fact that the voices and dreams told her Key West was fucked six different ways from Sunday. She said fuck over and over again like she was exorcising herself. I hope to god she has someone to look after her and change her clothes and feed her and ease her mental strait jacket. But I kind of doubt it. Not my problem, right? 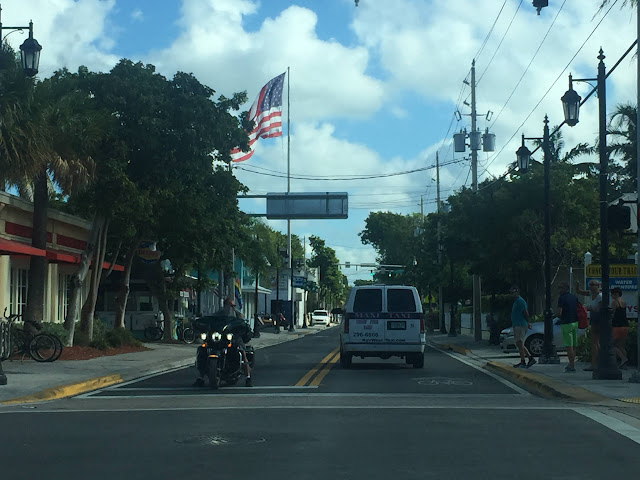 Then the woman called who had persuaded her friend to go to the ER with her because of his suppurating leg. Now he won't see the doctor she said, he's walking away down College Road. Is he an adult I asked? Because adults have a right to refuse medical care. Assisted suicide is illegal but refusing medical care gets the state's seal of approval, don't you know. Did she want to meet a police officer I asked? Oh no she said she didn't want to get involved. I love that reply when people call the Big Deal Agency That Arrests People. They don't want to make a big deal of it they say recoiling in horror, or they don't want to get involved, or they are too busy to spend more time with me on the phone or to direct the officer etc... I just agree and put in a call for service. I Cover My Ass, the act that keeps me out of the bad press. The suppurating leg was nowhere to be found according to the officer I sent to look for him. I hoped he hadn't gone into the mangroves to lick his wound and die like an abandoned cat. But in a country where a doctor visit can sic a collections agency on you sometimes people choose to rely on hope and prayer for a cure. 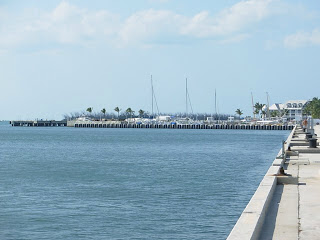 I don't suppose the future of Truman Waterfront will come easily. We all have our self interests to nurture, our own problems to cure, our legacies to ensure. We have no public money for lunatic asylums, free internet service, living wages or health care. But for a sports stadium or an amphitheater perhaps we do. Indeed I'll bet we do, and the justification will be there large as life and for the collective good of course. We shall trip over the dispossessed to get there, worry about bums taking over the new park, argue over who gets the money from the marina, but progress will not be denied. Eventually.