I decided to ignore the rain hammering the roof when I woke up yesterday. I made tea and stared out at the canal, all stifled by rain drops. Cheyenne thought the 65 degree morning was splendid and after breakfast she stretched out on the deck keeping an eye on the weather while I worked on some annoying 911buddy stuff. Apple is having fits approving the app so we have to work to appease the Gnomes of Cupertino. Then the rain stopped. 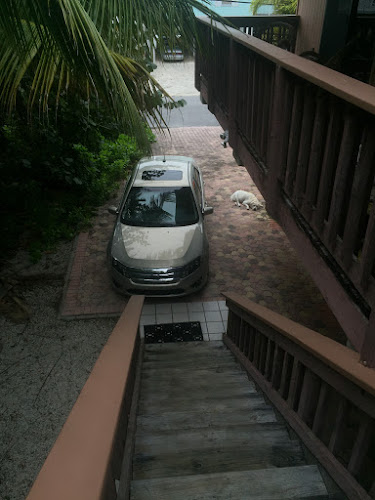 Cheyenne got up and tottered out to the head of the stairs which freaked me out as I had forgotten to put the gate back in place. Last week I found her at the bottom of the stairs resting comfortably, oblivious to the nosebleed from one nostril. That was the only visible sign she had slipped on her weak hind legs and taken a tumble. Our mobile vet Edie Clark came by and pronounced her fit and suggested a pill that "has worked miracles for some elderly dogs." With our recent streak of bad luck I doubted it would do much but the alternative was pain and death and gloom and tears. I needn't have worried. 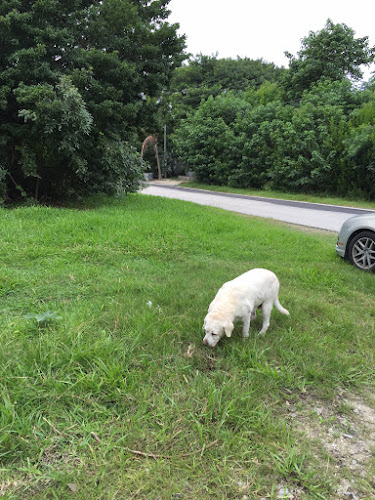 Cheyenne swaggered down the stairs with me hovering like an anxious fairy godmother and then she stood by the car door. The message was obvious: my walking dog was back. The only thing was we aren't supposed to over exert our nearly 15 year old Labrador. Which is a bit difficult to measure. I got over exerted dealing with absolutely appalling traffic cluttering up the Overseas Highway. I got stuck at the light in Big Pine and snagged a picture of some prize turnip blocking the road while trying to force his way into the turn lane. He could have gone forward me turned around but no, winter's discontent is thoughtlessness. 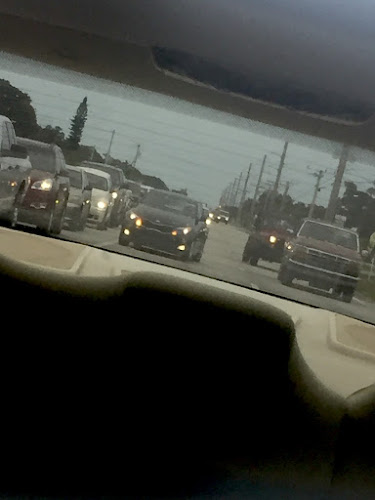 No one got rear ended (while I was around) so that was very good but accidents are piling up and the death board driving out of Key West can't keep up with the fatalities. People are dropping everywhere along the highway as too many people cram these tiny islands. Everyone is bitching about it and let me tell you I joined the chorus as I confidently passed St Peter's church and expected the highway to open up, but I was wrong. The line of cars heading into Big Pine and ultimately Key West stretched out of sight, inching south bound. At three o'clock on a Wednesday afternoon. Too much, so I turned onto beach road and took a long cut back road back to Big Pine. I saved no time but I enjoyed driving around a bit as did Cheyenne who also hot a walk, a snooze in some grass and Aldo a little wet with some light rain. 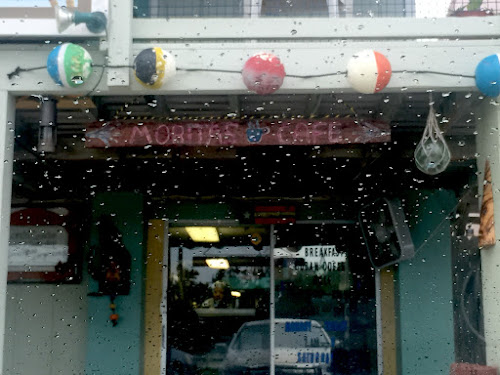 I stopped at Morita's to pick up dinner as my wife has been feeling a bit run down, and was glad I had but a hundred yard drive to Spanish Main and home. Traffic is that bad, every day. Cheyenne refused the offer of a lift and stumped back up the stairs, much to my amazement. Then she took up her favorite position during cool winter days. 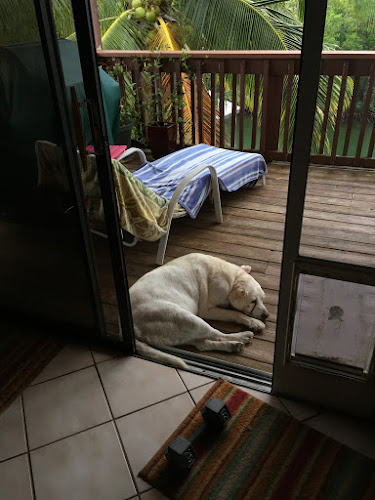 I know 65 degrees and rain isn't that cold but combined with endless gray skies and winter winds day after sodding day it gets a bit much. We split dinner and I continued to drink tea with my half portion of an eight dollar plate of bisteca milanesa rice beans and yuca, and some crispy soft well flavored yuca it was too. We feel lucky Morita's is just around the corner for take out in this stretch of the Overseas Highway. Friday is the wife's birthday and we are having Italian with friends at the other new best joint, Bella Luna. That should be an interesting follow up. 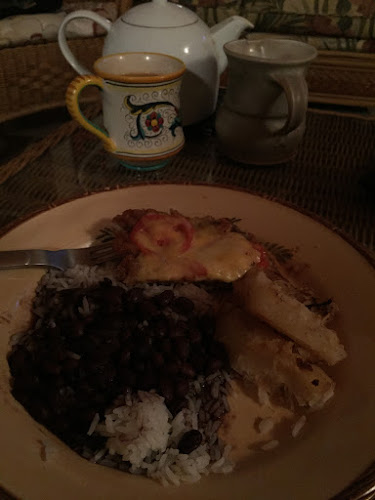 It's funny but sometimes I think it wouldn't be do bad if it were cold from time to time, but when I faced the tiles in the shower yesterday morning and later I got my arms wet while cleaning the Bonneville all I could think was how much I love summers in the Keys with not too many people and a lot more sunshine. Can't wait. And hopefully the Gnomes of Apple will be in our rear view mirrors long before then.

Posted with Blogsy
Posted by Conchscooter at 12:04 AM 6 comments: