Another early morning dog walk downtown,  and the photos shown here I took with my iPhone 8 which I find has much better balance for night pictures. The big camera frankly requires too much fiddling to get it right and when I'm walking Rusty, which is to say every day, I don't  have time to set up a tripod and twiddle dials. So I fall back on the phone and it seems to do fine. 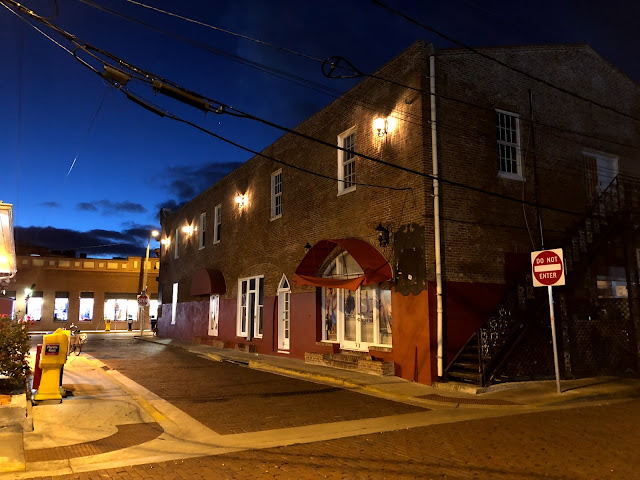 There was a question yesterday about how Rusty managed my time in the hospital and rehab and how he is dealing with being home with me.  First off he was perfect. The poor dog didn't see me for nearly three weeks, as i was suddenly whisked out of his life by the helicopter that flew me from the accident scene on Highway One straight to the Intensive Care at Jackson South Hospital. Rusty was handed off like a parcel with friends picking him up or visiting him at the house and Layne coming and going at weird hours. Thank god for friends and for Rusty's perfect patience. He handled the commotion with perfect aplomb. 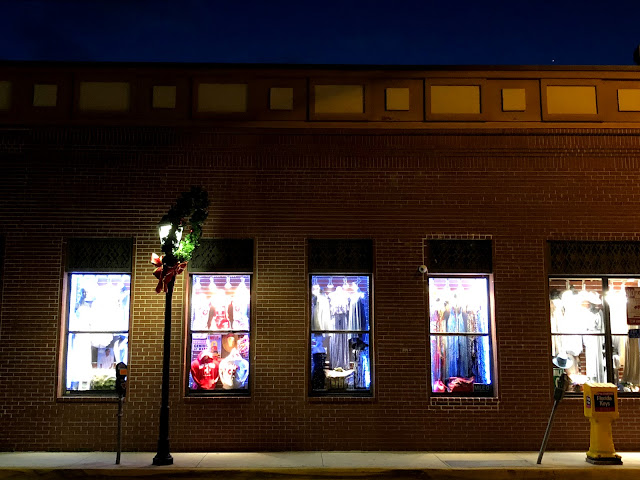 Finally he was able to see me at the rehab facility which shortly thereafter changed hands and dogs were subsequently banned - but Rusty was grandfathered as all the staff loved him. He hated the hospital bed I was lying in as the electric motors that raised and lowered the bed freaked him out. He was clearly massively uncomfortable in the strange room but as usual he soldiered on and learned to cope. Indeed by the time of his third visit Layne said he started to wag his tail and get all excited even before she pulled into the parking lot. He recognized the approach to rehab.  Not only that he also got very comfortable with my bed, lying in my lap and even napping on the bed when I was sitting in my wheelchair. 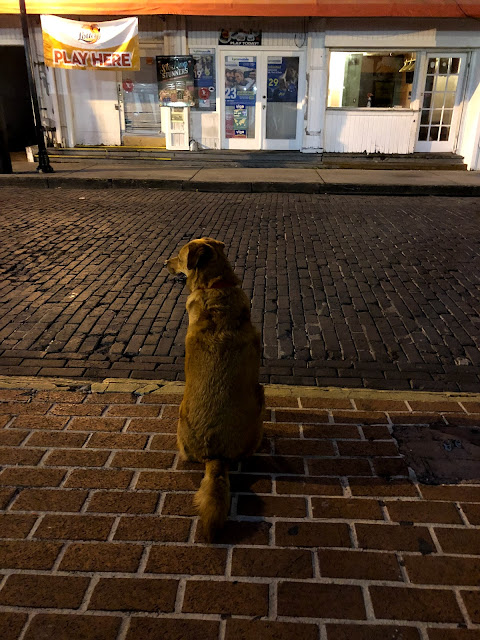 Nowadays we are living in a borrowed apartment with an elevator, very kindly made available to me while I strengthen my gait and the chair lift at home on Cudjoe gets to be less intimidating. Rusty is no great fan of apartment ;living as he has no dog door and can't come and go as he pleases at home. But he is infinitely adaptable and waits patiently in the apartment when we are forced to leave him at home for a few hours. 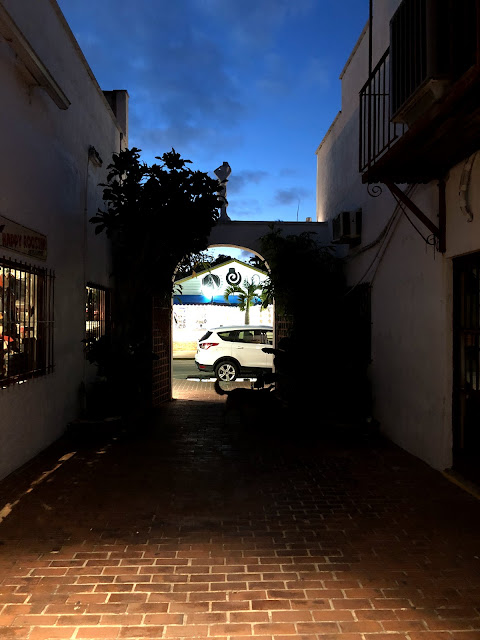 He likes walking round the apartment complex in the gardens as there are lots of dogs walked there at odd hours and there seems to be much of interest for him. He walks too fast for me but my wife cn keep up with him. I take him places where he can wander off leash and i also take him home to Cudjoe frequently to let him know we still live there.  He is doing quite well with no obvious signs of stress and we help him along by making a huge fuss of him. I have noticed he has become a little more close, choosing to sleep alongside me when I'm home alone napping, or sharing the bed with my wife while I'm at work. 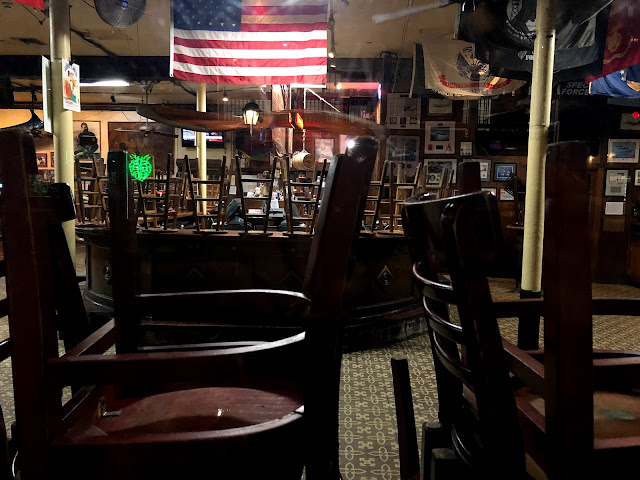 I also take him for street  walks as he enjoys those. Downtown before 6:30 I can let him trot along on his own and I totter along behim him with my rolling walker. 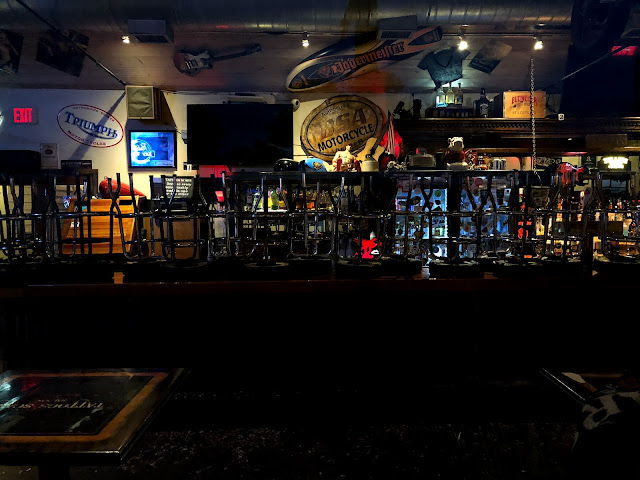 I've walked him around Mallory Square and up and down Fleming and Southward Streets and I've managed to keep going up to 75 minutes. My legs tend to burn after that long on my feet and I generally need a nap before physical therapy or a session in the gym...But these days my life consists of bursts of exercise be it walking or the gym followed by sleep. They say bone repair requires a great deal of rest and I'm living snoozing proof of that. 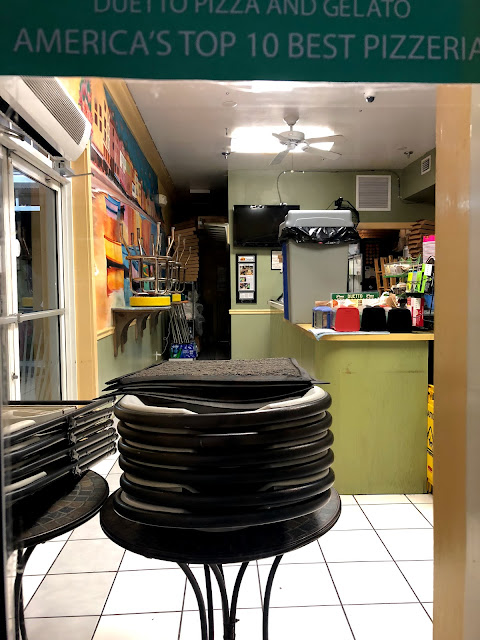 The light coming up didn't do enough to douse the decorations at the waterfront and they looked good: 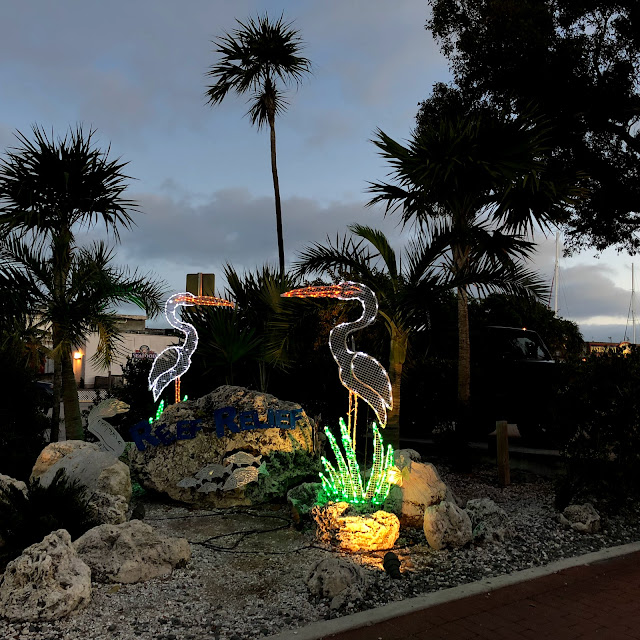 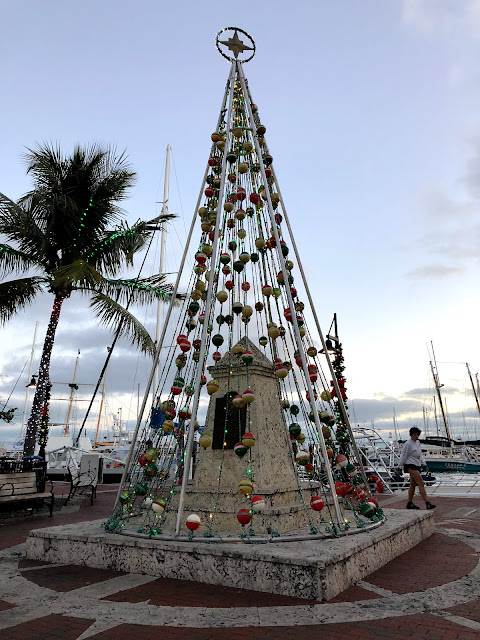 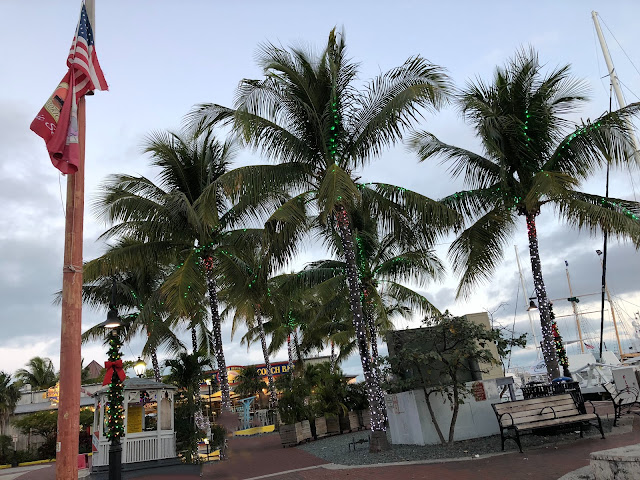 There are still several multi-million condos for sale on Simonton Street if that is of interest: 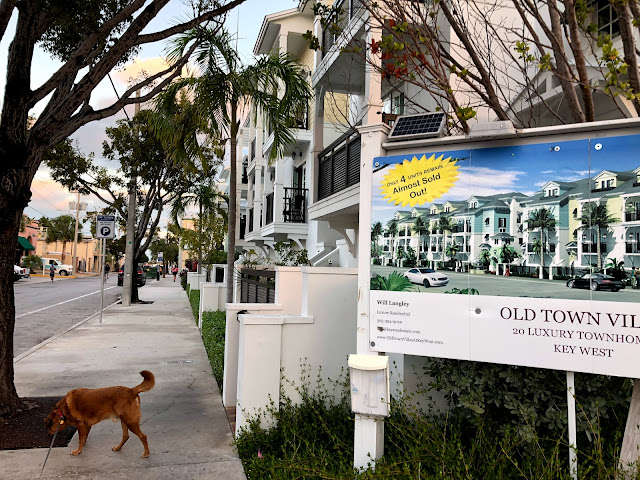 And Old key West survives in a few spaces and yards with ongoing projects and a taste of the sea: 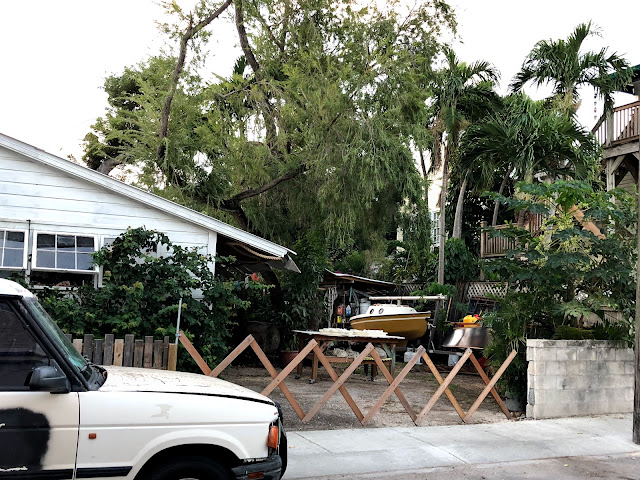