My wife was off being useful completing some obscure chore so I took my dog from the car and forcibly dragged him out for a walk. More or less. We wandered around for a while as he kept his nose down and his tail wagging while I looked for something to catch my eye.  Nothing did for a while but then I saw orange window panes and I raised my camera. 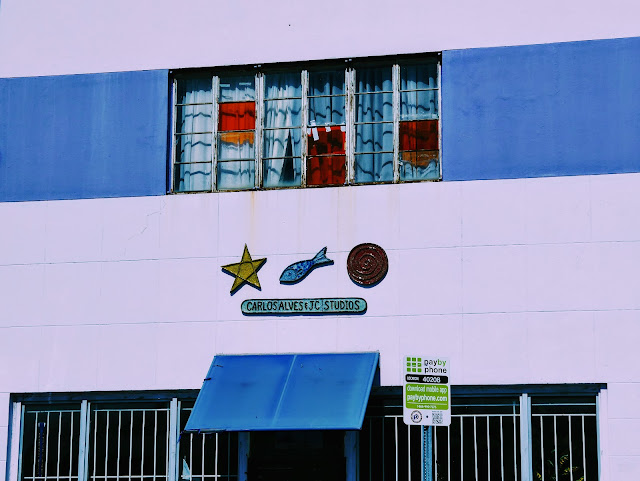 They have some interesting architecture even in the lost suburbs of this massively spread out city. And if the architecture sucks someone with a paint bucket gets creative. 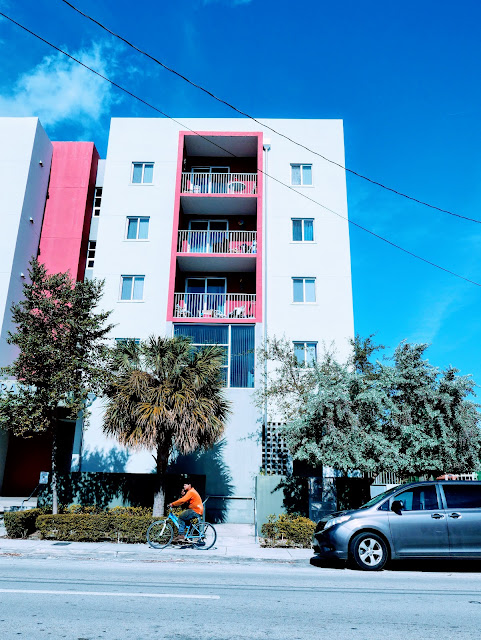 Of course this part of the world, 150 miles from Key West has to live with a much higher crime rate,  whether living in a cage is a requirement or the act of a paranoid I couldn't say but I have seen this barred arrangement in cultures far from Miami. I think it's weird treating yourself as a caged animal. I don't think animals should be caged never mind people. 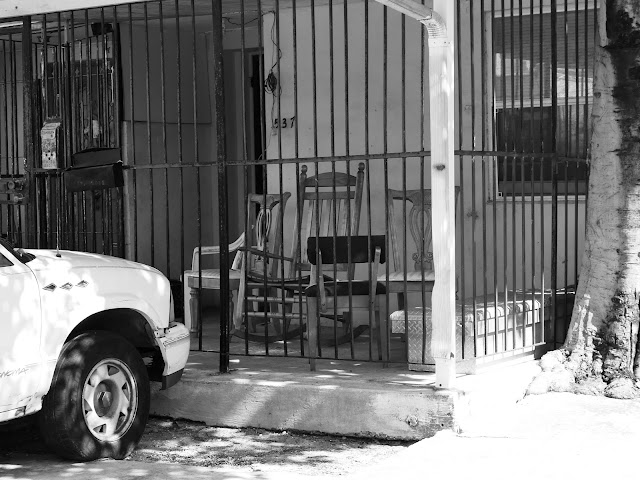 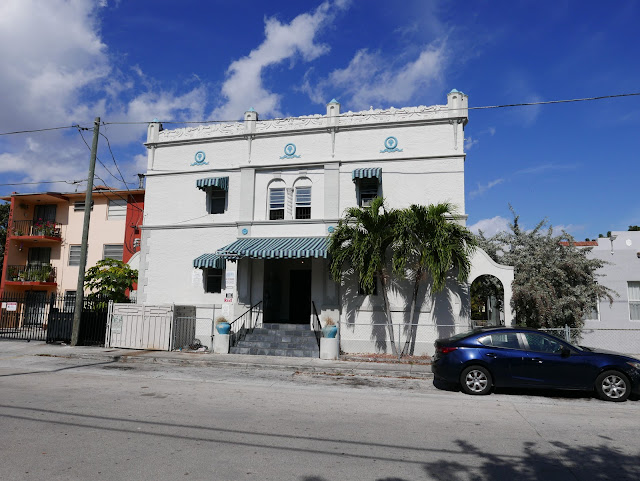 Lots of apartments packed into that narrow street front:

I found more everywhere I looked.  It's good to get out of the Keys from time to time and see what affordable housing looks like where architecture runs amok: 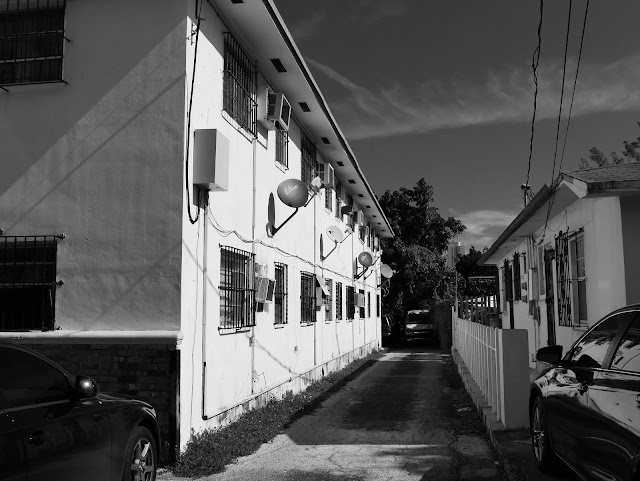 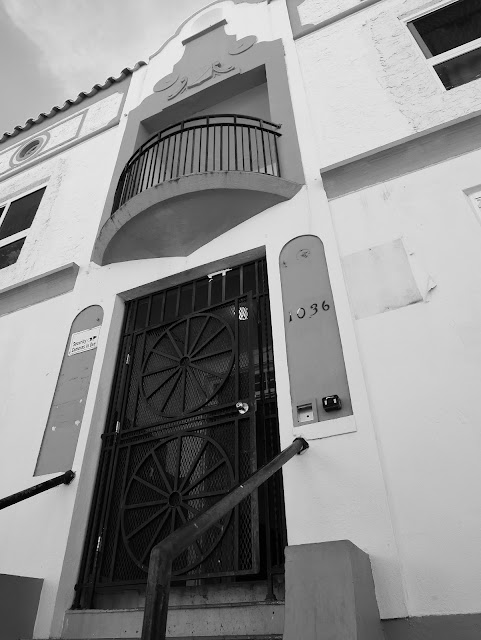 And me playing with sunlight and walkways far above the ground: 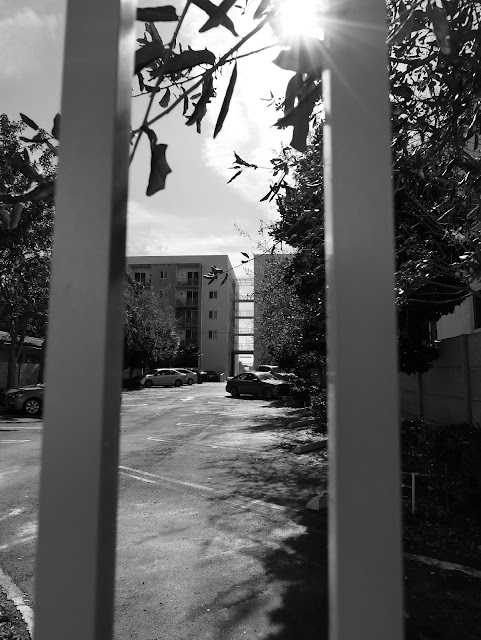 Then Rusty led me to these two passing the time at the street corner on a Saturday afternoon. The older dude gave me a buenas dias back but  the younger version stared straight ahead and ignored me. And pretended to ignore Rusty. 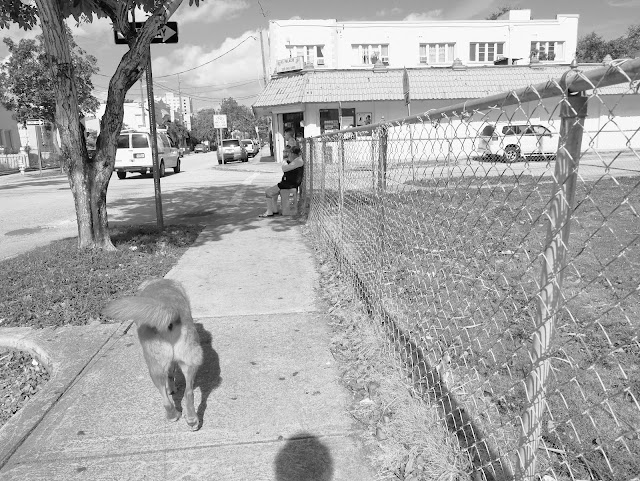 The old man and the chair: 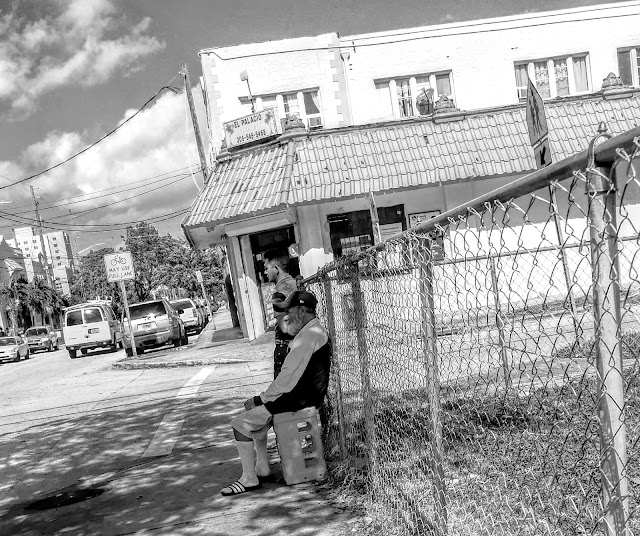 Dogs on leash tend to clear sidewalks in Latina America. If your dog is fierce ("bravo") you restrain him with a leash. Which was the question I got from a man coming towards me with a cigarette in one hand and a small plump dog on a leash in the other. It took me right back to Central America and my two dogs a couple of decades ago when he started peering at the space where Rusty's testicles used to be as poor Rusty tried to play in an innocent way with the sausage dog. The owner who  looked like he could get a decent following on the drag stage at La Te Da in Key West, eventually satisfied himself Rusty was useless, or something, and minced off with a cheery wave in a cloud of pungent smoke. You don't get those encounters anymore in Key West and it reminded me somewhat sadly of the past. As did the fruit truck rolling down the street playing the opening bars of la cucuracha on the horn. 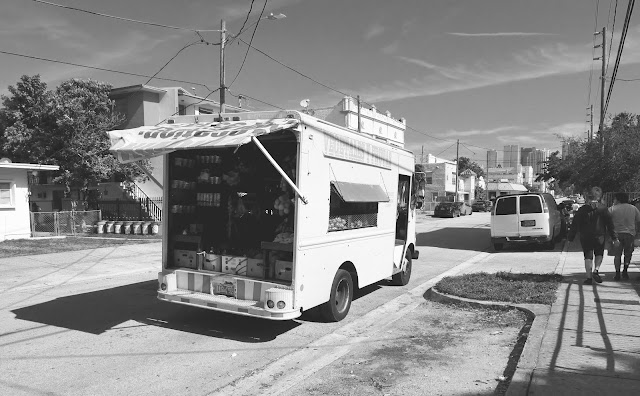 It reminded me of my summers when I was a child in Italy, and the villages in the mountains were served by traveling salesmen. The guy who used to sell fruit half a century ago still does, from a bigger truck and has trained his son to the job. So when I saw the fruit truck rolling down the street I could hardly believe it. 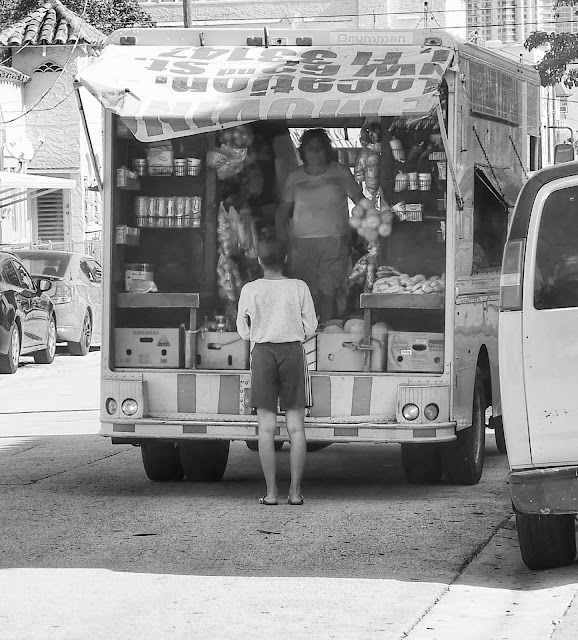 Tripadvisor offers all you may want to know HERE about this little church. My the power of the Internet never grow less! 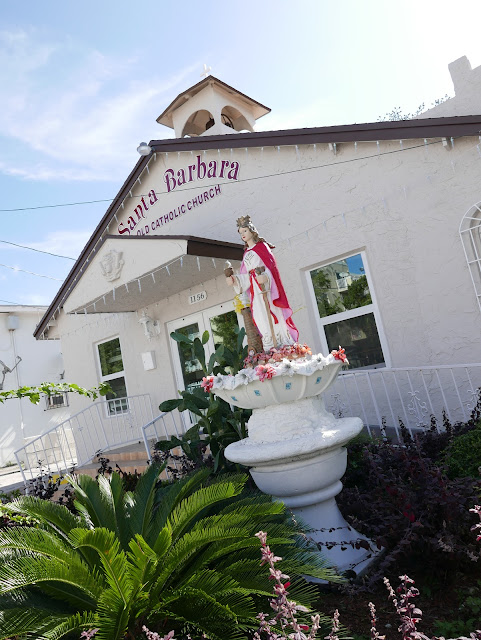 Miami isn't just Cubans, there are people from everywhere, including Colombia and Venezuelans and even our west coast migrants not in California but Miami! 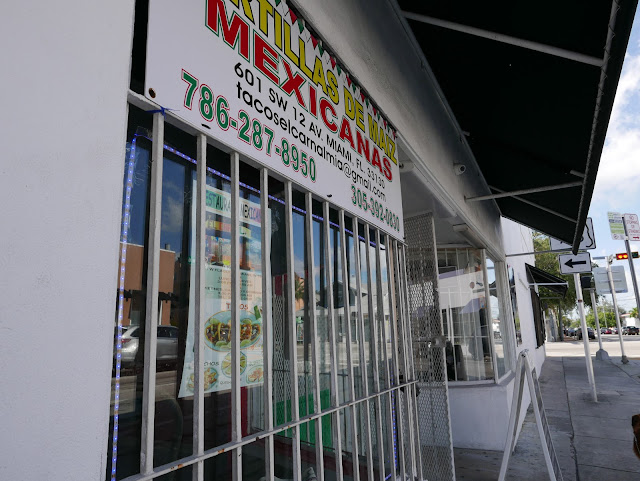 I used to eat street corn all the time in Central America, where elote is corn They put white cheese on the grilled cob and some paprika and it is absolutely delicious. Naturally being a  gringo I only had credit cards on me and no cash. Grr. 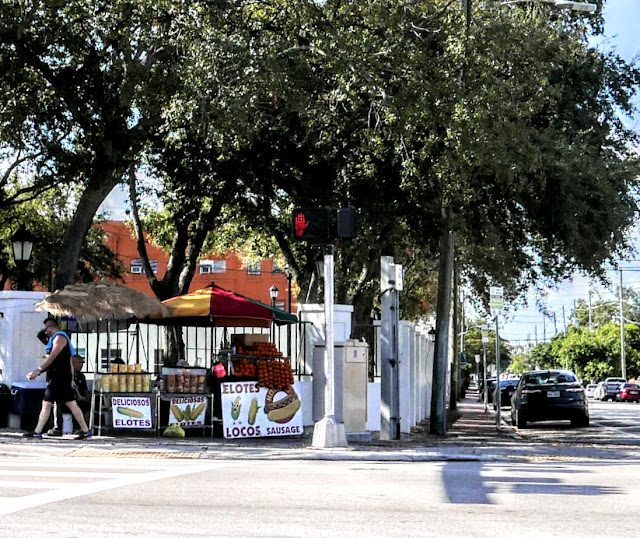 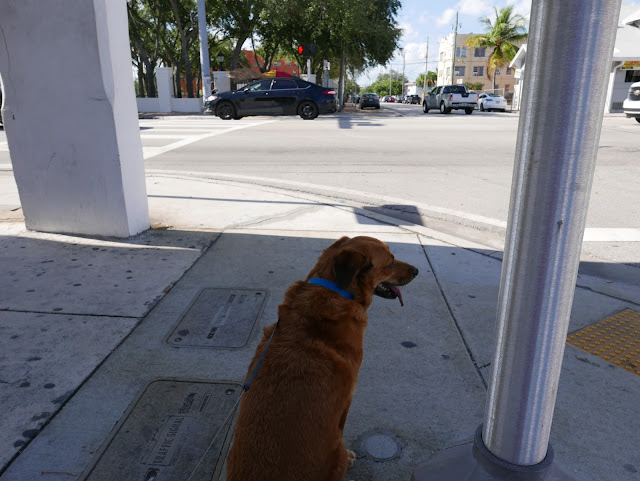 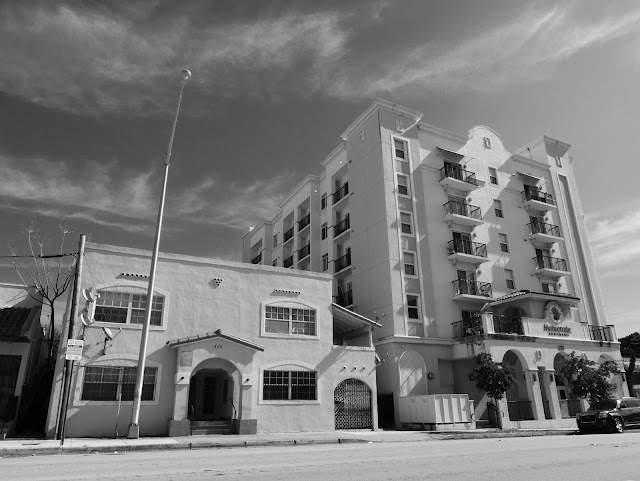